7 Deadly Myths about Women in Business

Women are a force to be reckoned with in the business world. They run billion-dollar companies, are entrepreneurs and innovators.

So why are women still subject to many of the same old stereotypes that our mothers and grandmothers faced decades ago? In this article, we tackle the seven most prominent and insidious myths still making the rounds today, and offer a few expert comebacks to help combat these untruths.

Myth #1: Women are bad at negotiating.

This old chestnut needs a very important revision. Research shows that women are very effective negotiators and ask for pay raises just as often as men — but men are 25% more likely to actually get that raise when they ask than their female counterparts. Turns out, when women are able to harness so-called feminine traits that are typically used against them, they can be just as effective as men.

Myth #2: Women with kids will not have time to meet leadership obligations. 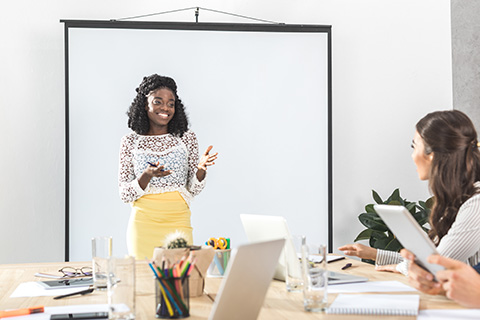 The amount of time that a person has to devote to a given job is not nearly as important as his or her time management skills. In terms of demonstrating leadership skills and the ability to make effective decisions, it turns out that the quality matters more than the quantity of time a person spends at the office. And, in terms of bringing on the type of quality workers a company needs, family-friendly policies attract better talent — which helps spur productivity for the entire company.

“I became very organised, creating a strict schedule and allocating specific times for work and for family,” says Emma Russell, who is an INSEAD Executvie MBA (EMBA) alumna, a Business Operation Manager at Shell and an NGO volunteer. She’s also a mother of two. “I have continued this same discipline upon returning to work.”

In fact, women and men have similar levels of ambition and comparable career aspirations when first starting out in the workplace. But over time, women encounter discouraging obstacles that their male counterparts do not. This includes, for example, a lack of access to the work and career flexibility they need, and a dearth of sponsorship opportunities from influential leaders. Put together, these factors erode a woman’s confidence in the workplace.

“The Leadership Development Programme [at INSEAD] helped me put myself and my life into perspective. [It helped me] understand and value my strengths,” says Maryam Haghighi, an EMBA alumna and now an HR Leader for General Electric. “I also learned to accept my weaknesses and to ask for support when I need it.”

Myth #4: Women executives are not supportive of other women.

This myth is particularly dangerous when it comes to empowering females in the corporate world. And there are numbers to prove that it is false. In fact, studies show that 65% of women who received career development support are now actively working to develop new talent — while only 56% of men are doing so. Furthermore, 73% of these women who are actively developing new talent support fellow women — while only 30% of men can say the same.

“In my previous job, I was the most senior woman in the Middle East, so one could think that investing in my network of female colleagues couldn’t bring many benefits and that I should instead invest my time developing my relationships with male seniors and peers,” recalls Dr. Leila Hoteit, INSEAD MBA alumna who is now Partner and Managing Director at BCG. “Yet two of my biggest breaks came through the support of other women. So don’t compete, but join forces!”

Myth #5: Women aren’t made to be entrepreneurs. 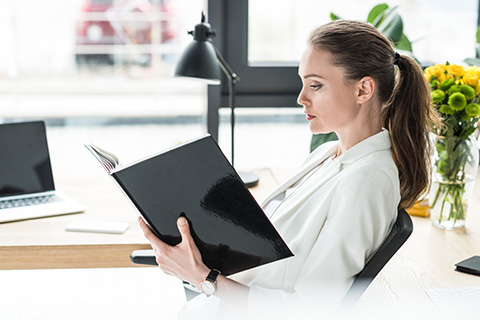 “At INSEAD, I learned to think like an entrepreneur,” says Randa Rustom, a Founding Partner of Apis Health Consulting Group and an EMBA alumna. “My vision for Apis Health Consulting is to be well-established with a big team of competent consultants. We already have a team of seven people, as well as contracts in the Middle East.”

Myth #6: Women are bad at numbers.

The numbers don’t lie when it comes to this myth. Turns out, there is nothing wrong with the female biology when it comes to math. Instead, several major, international studies have repeatedly shown that cultural factors — which can be changed — are to blame for the math-gender gap where it exists.

“My father used to say math will not help you to get married,’” says Diliara Safina, INSEAD Executive Master in Finance (EMFin) alumna. She’s now the Deputy Treasury and Financial Control Director at Leroy Merlin. “I say, forget biases. If you really think you are good at numbers, then you really are. At work, my boss started to take me seriously when I showed him my 730 GMAT score.”

“There is nothing wrong with the female biology when it comes to math.”

Myth #7: Things are changing: It won’t be long before women catch up with men in business.

While it may seem that progress is happening, it is not happening nearly fast enough for this generation or the next. According to a report by Lean In and McKinsey & Company called “Women in the Workplace”, if the current, slow rate of progress over the last three years continues, it will take 25 years to reach “gender parity” at the Senior VP level and more than 100 years to reach parity in the C-suite.

“Work with and through allies — including men!” advises Quint Simon, an MBA student who is currently the Co-President of the INSEAD Women in Business Club. “The best strategy is to create a coalition of managers, mentors and peers who recognise that the issue (gender bias) exists and work with them to tackle the problem headon.”

Remember that much of the conventional wisdom surrounding women in the workplace is wrong. Defy the stereotypes and don’t let the misconceptions and biases of others hold you back. In the meantime, take advantage of programmes that aim to spur and celebrate gender diversity in the business world, as well as support groups inside and outside your company.

Empower Your Career, For Life
Read this article
5166

#8a2658
Senior Executives
Dare to Be Bold
Read this article
13