offering their support and backing their convictions with solid action. The number of women in the corporate and industrial workforces has risen exponentially over the last two generations, and it is expected to continue rising as longstanding cultural and social mores give way to a new order that values expertise over other demographic characteristics. 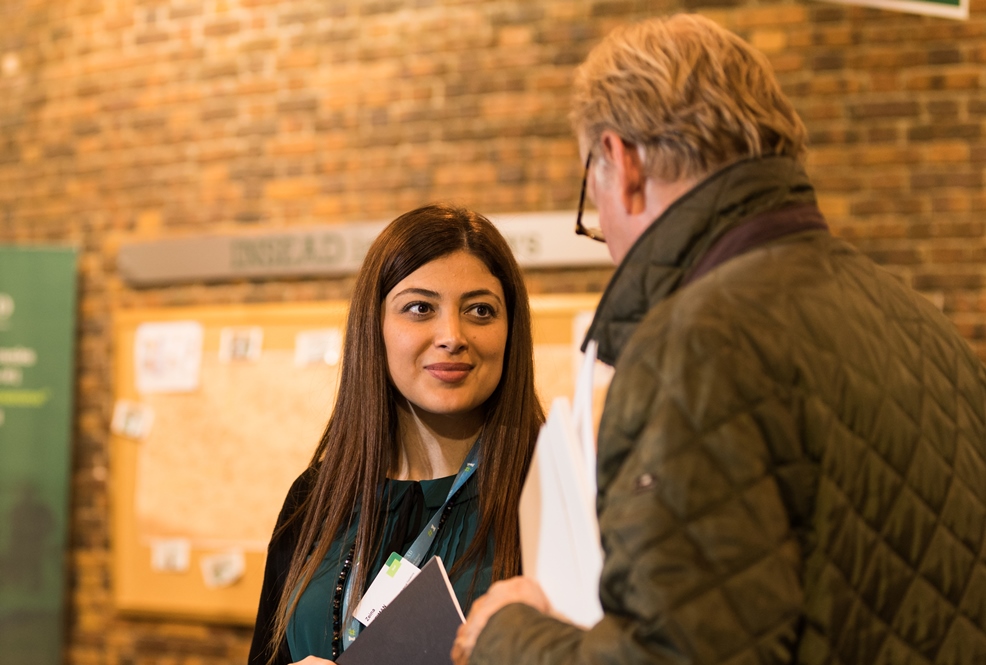 In his career at Mitsubishi Corporation spanning over 25 years, INSEAD alumnus from the MBA Class of December 2003 Satoshi Koyama, who is the General Manager of Strategic Planning, has seen a palpable change. “More and more women are entering the workforce, and about 25% of the employees at Mitsubishi are now women.” says Komaya. He feels that the unfettering of women in the corporate and industrial sectors needs voluntary action.

At Accenture – the global consulting behemoth – Bruno Berthon who graduated from INSEAD’s MBA programme in 1991 and Senior Managing Director of Strategy concurs with Koyama. “In my recent personal experiences of working on accounts internally driven by women,” says Bruno, “I found an interesting richness in the way they approach work and how they position balanced management.” In June this year, Accenture announced that the multinational will achieve a completely gender-balanced workforce by 2025, a first-of-its-kind commitment.

That said, the success of something as detailed and ambitious as Accenture’s ‘50 by 25’ depends not only on imposing a mandate from the top, but changing attitudes and biases that have been internalised over generations. “I refuse to participate in any meeting, conference, or event—internally or externally—if there are no women present. It happens—usually not maliciously, just accidentally—and by choosing so, I shine a light on the issue,” says Bruno. “Often, people don’t realise that we are discriminating de facto because of the numbers of men in each situation, and so a balance, or at least one female voice, must be given a platform.”

This may, warns Bruno, feel like positive discrimination, but is necessary because it aims to negate centuries of gender bias. The process, he says, needs to keep up with the changes in society and the times, something Koyama would agree with as well. “In Japan, men are now taking time off to help their partners at home,” he says. 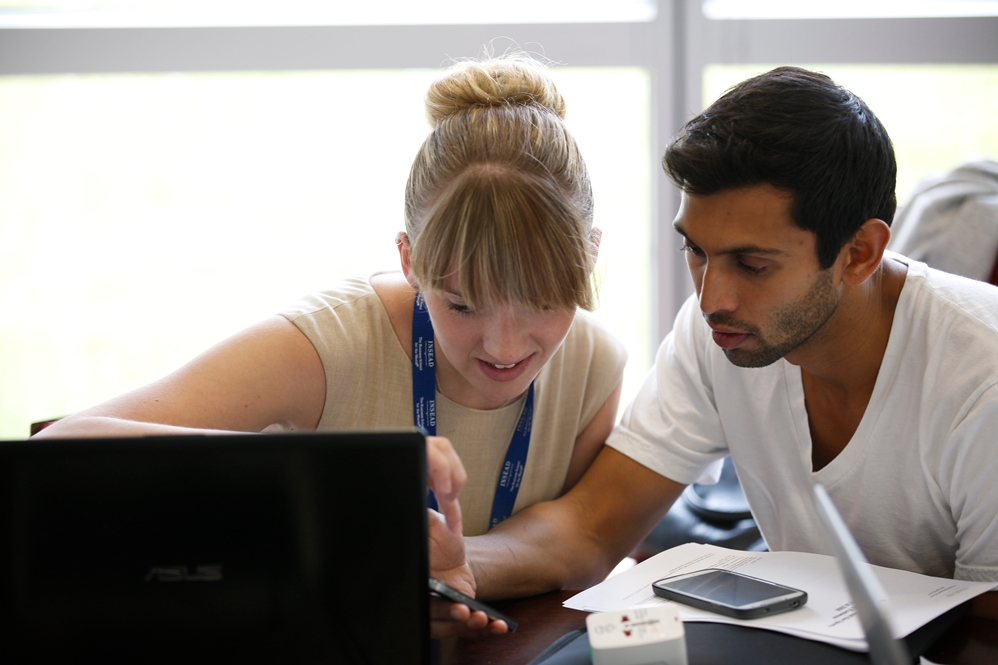 On the other side of the Eurasian supercontinent, Lisbon-based dentist Tomás Amorim shines as a living beacon to this new order of men. His story could be the template for the modern marriage. His wife, Marta Bento, earned her MBA from INSEAD in July 2017, and Tomás supported her through this process. “When we met, she had already decided to go to INSEAD,” says Tomás. “So I had to support her. I would travel frequently to Fontainebleau, which was easy, and also to Singapore, to be with her. We also bought a house together, so I was taking care of practical matters here in Lisbon while she did her MBA.” They married in late July, two weeks after Marta graduated. “We are both competitive people, and we want to be successful. So the only way to do this is to work together,” he adds.

Jad Saleh, one of INSEAD’s first batch of male committee members in the Women in Business joined the Club at the behest of his women classmates.

“I’ve always believed in equality between men and women, so I was happy to join,”

says Jad, who graduated from INSEAD’s MBA programme in July 2017. Born in Lebanon, he moved to Montreal, Canada, for higher studies. His belief in gender equality, he says, stems from the way he was brought up as well as his experiences in Montreal. “Seeing the way in which my uncle supported my aunt and my father treated my mother had a positive effect on how I think about it,” he says, adding that moving to Canada also impacted his stance. “My first few months in Canada were difficult because of the difference in cultures, but I had the advantage of comparing social practices and attitudes from what I had noticed back home. I started gauging what was better, and changed my thinking accordingly.” This was when he was just 18. Today, he is working on projects that advocate equality in the workplace and help women achieve their professional goals through networking and knowledge sharing via INSEAD’s vast alumni network. 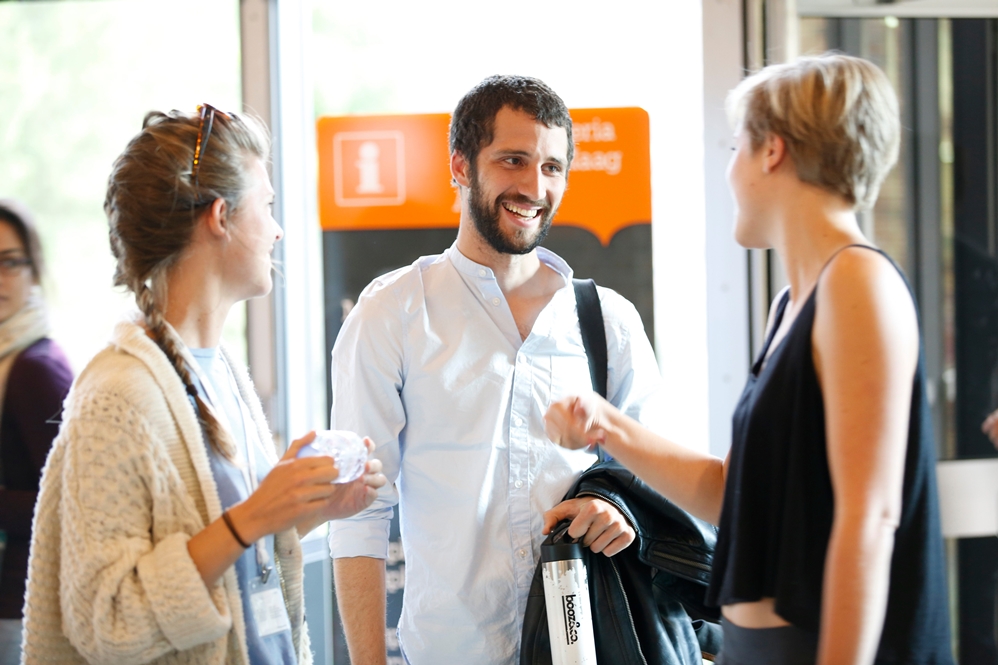 What Jad has done as an individual is, on the micro scale, what companies like Accenture and Mitsubishi are trying to do institutionally. There are numerous studies pointing to the fact that companies with a higher gender balance are more successful. The need of the hour is a concerted effort, both institutional and professional. And not just because of moral compunctions, but because it is a practical thing to do: helping businesses around the world maximise opportunities and make good use of available talent. Men at all levels need to initiate and support real changes in the way the corporate and industrial sectors think about women, and translate these into actions that actually help women achieve their goals.