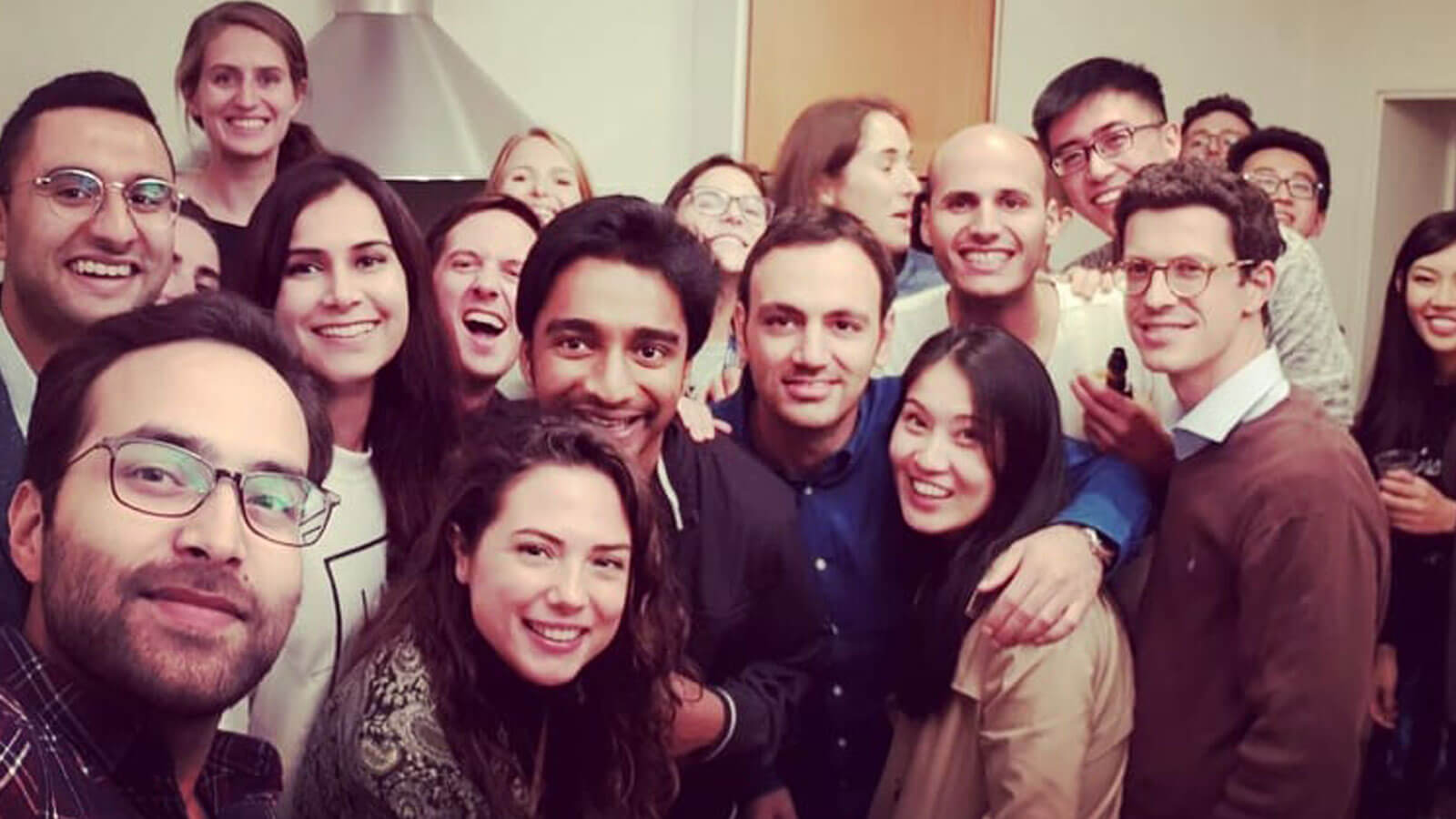 Relatable Biases and the MBA Decision

‘Why would you want to leave the stability of your well-paying job, the proximity to your family and the comfort of the city where you’ve lived for the past few years to do an MBA in France?’ - the classic, pervasive pull of the ‘status quo bias’ often made me re-assess my decision to do an MBA. A year later, I’ve started my MBA at INSEAD and it feels fabulous to break out of the rut and dive into a new challenge.

Here I’ve addressed a few relatable biases that prospective MBA candidates might be prone to - as I was, during my application process:

I love big cities. I’ve lived in New Delhi and loved the vibe of London (top of my list – always), New York, Hong Kong and Paris. So when it was time to decide where I wanted to do an MBA, I had to weigh the big city options against others. What I wanted to get out of my MBA was a good education, a great network of friends and a segue to the career I’d dreamt of. Fontainebleau, the home town of INSEAD, offered just that.

The INSEAD experience is called a ‘bubble’ for a reason – you immerse yourself completely in the academic rigour, the quintessential social life and the energy and drive of your peers, in a rather remotely set campus.

It’s also impressive that the location in no way downplays the interest of the best recruiters in Europe, the UK, Asia and the Middle East. The focus and intensity of the ‘bubble’ coupled with a large number of international work opportunities sealed the deal for me.

Note for the party animals: It wouldn’t be far from the truth if I said that Fonty didn’t have a night-life – the INSEAD students gave it one. You will discover quaint dinners, crazy house-parties, get-togethers at the local bars – on an average about four options to choose from every day while considering what to do after school. 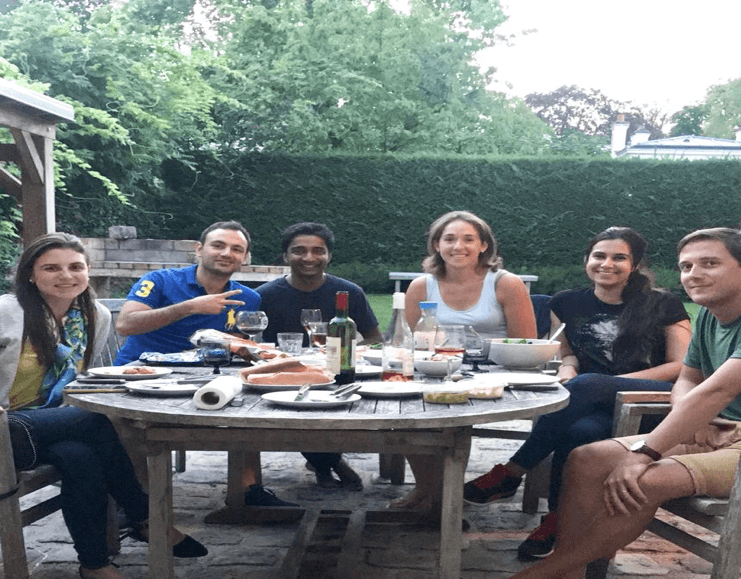 My house-mates and me in the garden of our lovely house in Fontainebleau.

A vast majority of people look at the rankings in various financial newspapers while deciding where to do an MBA – I did too, but it wasn’t ‘just’ ranking that I was looking at. I was targeting the top 10 B-schools but simultaneously looking at other very important data points like my target geography, diversity, specialisation, alumni, duration of the course etc. While it’s very easy to be swayed by ranking data, it wouldn’t make much sense for anyone to do an MBA based on just that, without taking into account the personality and career fit. INSEAD ticked all the boxes when I was considering the ‘fit’, though being the #1 or #2 MBA school in the FT helped its case immensely. ;) 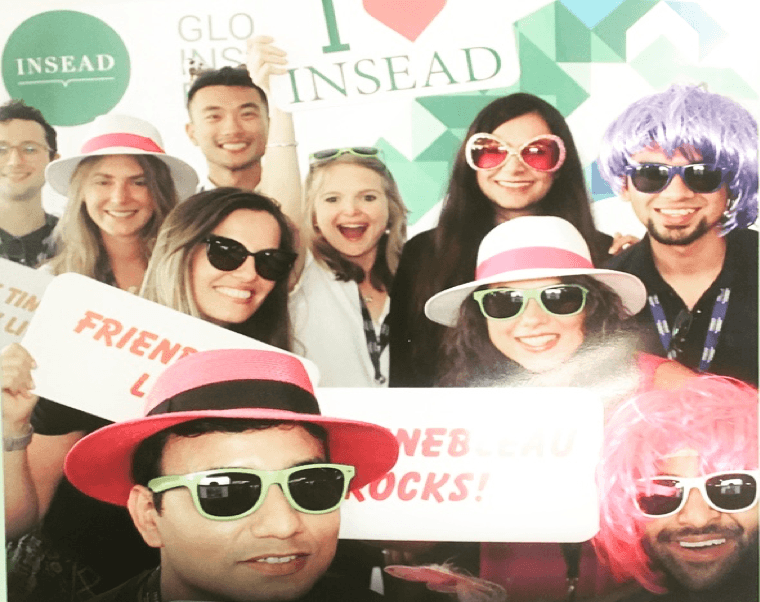 The ‘school fit’ and ‘candidate fit’ are quite important – as one can see, we fit right in. ;)

The ‘Birds-of-a-Feather’ Bias and Diversity

Many studies state that people prefer those who are similar to them. It’s comfortable to be around those who think like us, confirming every idea and notion we have. I realised very early in my career that this is a particularly dangerous scenario to be in. It limits possibilities, significantly narrows down the thought-process and almost never culminates in an optimal state. The solution to this is diversity.

It’s true that during the course of an MBA, we learn the most from our peers. It was incredibly important for me to be in a class with an extremely diverse mix of people because that’s where the cross-pollination of ideas would happen, that's where my assumptions and biases would be constantly questioned and that’s where I'd learn that the ex-fighter-pilot in my class is also an excellent business negotiator (true story). 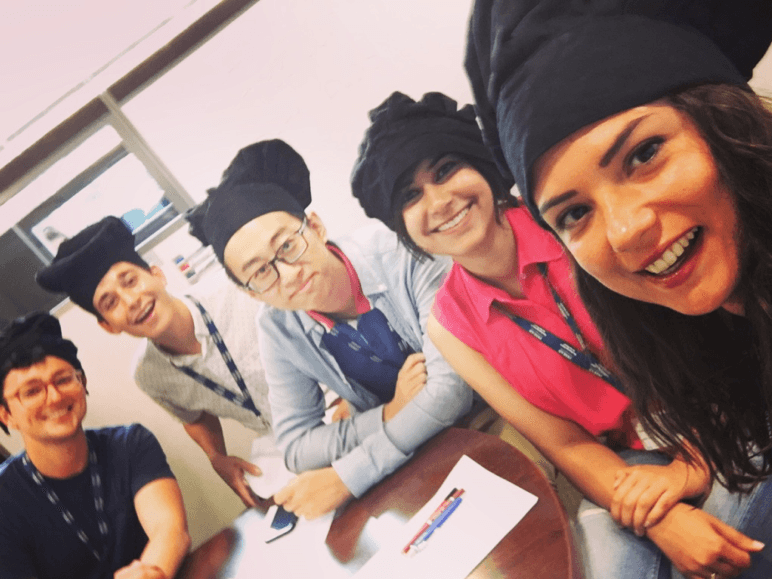 My study group - an American, an Algerian-Canadian, a Chinese, an Indian and an Italian - playing sous-chefs for an OB class, in stark contrast with our (collective) culinary aptitude.

The past three weeks at INSEAD have come very close to being the most intense period of my life – everything is about schedules, building relationships and *constantly* learning.

It’s worth mentioning here that the INSEAD MBA experience isn’t what one would call ‘easy’ – 80% of the 2-year MBA curriculum, which most universities offer, is covered in 10 months. This is about 9.2 months less than what would be required to achieve the pace of a normal MBA. BUT - for every problem you face, there are 100 classmates who’re there to help you; for every frustrating day you’ve had, there are (almost always) two after-school parties to unwind at; for the rare uneventful week in Fonty, there’s a weekend trip to another European country; for the occasional disappointment, there’s always jumbo sized macarons… 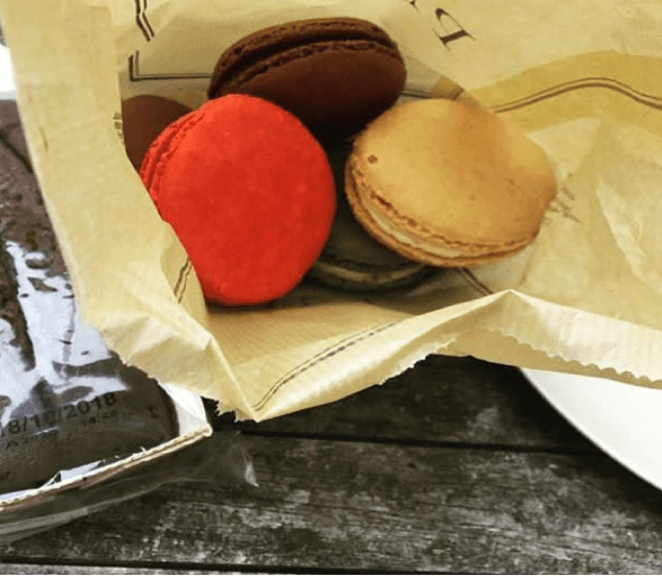 The first few weeks at INSEAD have been thrilling, intense and life-changing simultaneously, and I look forward to sharing some my experiences with you as I go through the rest of my 10 (hopefully very interesting) months here. Stay tuned!

Born and raised in India, Neha earned a bachelor's degree in Computer Science and more recently, the CFA charter. Prior to INSEAD, she worked for NatWest Markets (Royal Bank of Scotland) where she developed a passion for finance, data analytics and gender equality. Outside of work, Neha loves keeping fit, reading (culture & satire) and travelling.

778
The Struggle Is Real!
MBA
Read the blog