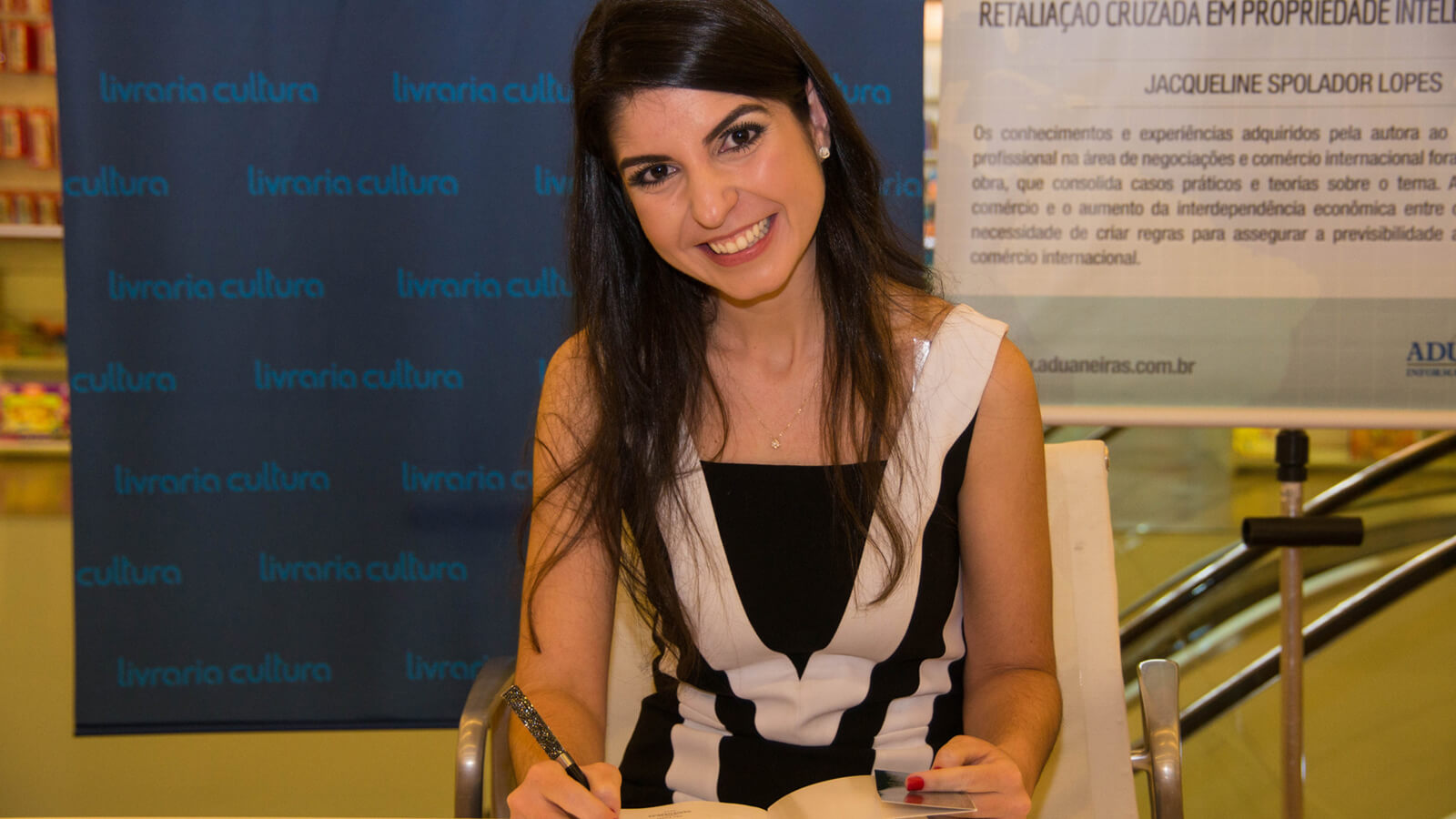 Tell Me Your Story, Jacqueline

The INSEAD Women in Business Club have launched a « Tell your story » initiative across both the Singapore and Fontainebleau campuses that aims to present the current INSEAD MBA female students’ inspirational life-stories.  This is the story of Jacqueline Lopes, MBA '17D.

Could you give us a brief introduction of yourself?

I am Jacqueline Lopes from Brazil. Prior to INSEAD, I represented multinational companies in local, regional and global negotiations involving different industries. My last role before the MBA was at Samsung, where I established the Institutional Relations area for 33 Latin American countries. Previously, I worked for ABN AMRO Bank and FIESP (Federation of Industries of the State of Sao Paulo). I also published a book about international negotiations. After INSEAD, I will join BCG (The Boston Consulting Group).

Living in three different states when I was a child influenced the way I see changes and different cultures. After moving many times, I was not afraid of changes and could adapt myself to new environments. People have different values and we should respect that.

I had to take risks to pursue my goals. I decided to move to the biggest business city in Brazil to study and work. That city has more opportunities, especially in international affairs. However, I faced many challenges at that time and my future was uncertain. Throughout college, I worked 8-hour shifts and attended classes for another 5 hours every day. Nonetheless, I had no guarantee of a dream job after college.

Resilience and hard work were fundamental to achieve my objectives. I transformed my problems into opportunities. I learnt from my mistakes. After overcoming many challenges, I feel prepared to deal with complex environments.

Did you encounter stereotypical behaviors in your environment while growing up or in your career? If yes, could you elaborate?

Yes. My family is from the countryside of Brazil and they expect women to step back in their careers to take care of the family. When I was a child, my family moved to bigger cities where we found many dual career couples. My personality belongs to big cities and I decided to pursue my goals there.

In my career, I did not encounter many stereotypical behaviors. I was usually the only female and the youngest in most meetings I attended but everybody respected me. I worked in male dominated sectors, such as tech. However, in my experience, a male dominated environment does not mean that women are not welcome in the workplace. I had male and female mentors and both were important to me.

Listening and seeking consensus. You need to understand why there is a conflict.

I used to work in international negotiations. A negotiation takes place when people have different goals. That means that a negotiator often deals with conflicts. A global multi-stakeholder negotiation just renders it more complex because of the diverse backgrounds and cultures. I usually adapt myself to the culture I am negotiating with. For instance, I negotiate in the native language of my counterpart whenever I am able to do that. Or at least I will speak some words in a foreign language. This behaviour shows that you care about your counterpart. Furthermore, I try to focus on the positive agenda to seek consensus and establish partnerships.

The first time I had to lead a team, my boss told me about Volleyball Team Leadership. Every team member is a leader in his or her own role. All the team members depend on each other. People should be motivated to achieve their best and each person has different drivers. To motivate your team, you need to understand their different needs and leverage the diversity. I learnt a lot about cooperation and engaging teams. Everybody on the team was motivated and got promoted.

INSEAD offers the MBA that best fits my personality and plans for the future because the program gives the opportunity to understand different cultures while it boosts global careers. Living in three states influenced my fascination for different cultures and flexibility to changes. At INSEAD, I lived on two continents and met amazing people. We have diverse backgrounds but so much in common. The MBA is almost at the end but friendships and the lessons from INSEAD will last forever.

If you had to name one take-away or lesson learnt from INSEAD, what would it be?

Respect the difference. INSEAD students have different backgrounds in terms of nationalities and experience. There were several cases when people disagreed with each other. But if you understand the reason, you are able to seek consensus. Although we are diverse, there is a common core. We should maximize what we have in common and minimize the differences. Diversity is powerful if we can leverage it.

Donna Hrinak, president of Boeing Latin America. She excelled in different countries in North America, Europe and Latin America working for private and public sector. Donna not only has a successful career but also gives back to community through social responsibility initiatives. I would like to understand which skills helped her to achieve a top management position in this multicultural environment.

Could you name one book that had an impact on you?

‘Lean in’ by Sheryl Sandberg. The book describes challenges for women in the workplace and encourages them to take risks, pursue their goals and sit at the table. ‘Lean In’ also shows that the support from partners is very important for a successful career. This book was a gift from my husband who completely supports my choices.

Success is what makes me feel happy and fulfilled. People have different needs and perspectives.

The Kindness, Understanding and Collaborative Spirit of Female Leadership
MBA
Read the blog

3821
A Toddler, A Pregnancy, and INSEAD
MBA
Read the blog