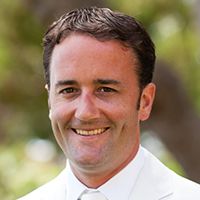 I'm a very direct, outgoing person. I had to learn patience and collaboration.

That INSEAD is fast-paced, everybody knows. It goes without saying, and probably you’ve heard this from many of us by now. Among the many choices we need to make here, along with lectures, parties and career events, there is an aspect which is less discussed here which I will try to cover in this post: the extra presentations and events offered to MBA programme participants. Just to give you some feeling of what I am talking about, below are some examples of talks, conferences or special events that took place in the Fontainebleau campus in a window of three weeks:

The culture of feedback

Over the last weekend of February, three other classmates and I were in Barcelona for a three-day case competition hosted by IESE and sponsored by Roland Berger. Less than two months into the MBA and there we were: our first competition facing teams of MBA students of five other world-class institutions in the US, Europe and Asia. It was a humbling experience to exchange with brilliant people, and it was thrilling to practice solving a complex case under such a short time constraint.

On the brink of finishing P1 now, a delightful anticipation is building inside of me because I know that I will finally have some time to sit back, relax and continue reading (hopefully until the end, before the intensity of P2) Jordan B. Peterson’s new book, 12 Rules for Life: An Antidote to Chaos. Yeah, I know, it sounds like an instantly forgettable Buzzfeed article, or the type of title you would expect to find on one of the badly conserved books you encounter in a hostel in Cambodia.

I recently read a great article about Bob Dylan accepting the Nobel Prize in Literature.  The award was announced 13 November 2016.  Dylan did not publicly accept the award nor make a public comment about it for two weeks.  All prize recipients are required to give a lecture which the Nobel Foundation publishes.  Dylan’s

I first learnt about INSEAD when I was doing my research for MBA programmes back in 2011 while working at Unilever Pakistan. As someone who has lived in eight cities across four countries in the span of my lifetime the global appeal of the programme resonated strongly with me, and so it didn’t take long for INSEAD to become my dream school! However, that dream was put on the shelf as life decided to take me on a unique roller-coaster ride for the next few years.

Your MBA Starts Long Before You Set Foot on Campus

I don’t see INSEAD’s MBA as a one-year programme. The real MBA journey starts long before you set foot on campus. In my case, the period before arriving in Singapore was a transformative one. The application process initiated the change, as I dedicated considerable time to introspection (more on that in a previous post) to find out my core values and the person I would like to be. However, the transformation really picked up when I received the famous admissions call.

What Can Make or Break Your MBA Experience?

An MBA is often recognised as the bridge that helps you either transition into a new career or gives you a boost to achieve your professional goal. Yet, many of us would argue that the personal growth aspect is equally, if not, more beneficial from this learning experience. Yes, we will all get jobs when we walk out of business school. But probably a more important question is, how can the MBA help us discover who we are? With 1/3 of MBA in the pocket, I would like to share a few tips I have learnt along the way.

We were born in the same townhouse in Chicago, but we never got along as children. My cousin was nine months older and was always taller, fairer, and prettier. She was popular everywhere she went. As a young adult, I based my entire identity on everything she wasn't - she went away to NYC for college, so I went away to Boston. Neither one of us ever attempted to see each other during those years, despite the short distance between the two cities. If someone had told me back then that I would take a five-hour flight to go see her, I would have never believed it in a million years!

Welcome week. Done. Really well done. It’s Sunday night and nearly 2am. I have class in six hours, but I have an urge to sit here in silence and write. It feels like a month has gone by. Flipping through my notes from a week ago compels me to check the date again. Yep, it’s only been a week. I don’t know how I learned so much in such few days.  And yet, the most profound learning is quite simple: Conflict is the sign of life.
Subscribe to personal development