Welcoming On Board the Ladies of MBA’18J

As one of the first business schools in the world to admit women to its MBA programme in 1967, INSEAD has come a long way in promoting gender parity in education. We are proud to present some profiles of women from our MBA Class of July 2018, who have added much vibrancy to the diverse and multinational culture at INSEAD. 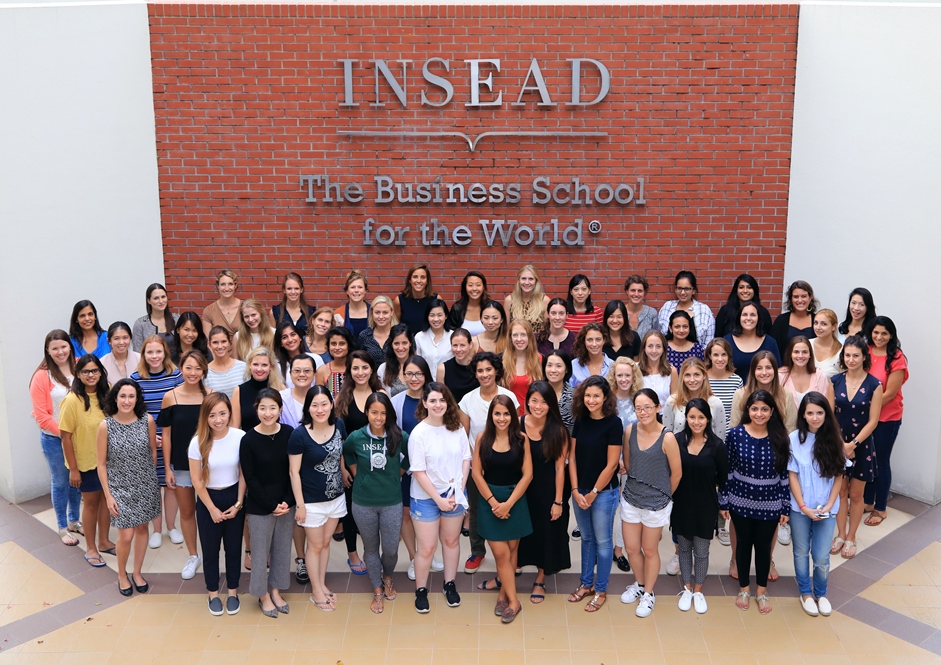 We are delighted to welcome our first Malagasy woman on the programme, Koloina Razafindratsita, who graduated from Université Paris Dauphine in France with honours. She has an interest in developing companies in her home country of Madagascar and hopes that her newly acquired knowledge and skill set will be put to good use after graduation.

We are also pleased to have on board our first Congolese woman, Alda Kule Dale, who not only adds diversity in terms of nationality but also plans to take INSEAD’s mission of creating value for organisations and communities forward by making an impact and contributing to the workforce in Africa in the future.

Representing the Middle East are Oriane Chamoun and Nourhan Farhat who demonstrate talent and leadership in their region. Before INSEAD, Oriane was an Associate at Strategy& and Nourhan was a Senior Consultant at Roland Berger.

Paths to an MBA can vary tremendously from one candidate to another. Take Kristin Karlisch, who had a career as an equestrian breeder and trainer, and even won the Bronze Medal in German National Championships for young horses in 2008. Thereafter, she graduated with a Bachelor of Science in Business Administration and joined PepsiCo in the United States.

On a similar track, Preeti Turna, who holds a Bachelor of Engineering from the University of Melbourne, was a competitive footballer before becoming a subsurface engineer for ExxonMobil Australia. Not forgetting Arianna Lu, whose family immigrated to Canada from China when she was nine. In her free time, this “challenge-seeker” is a freestyle wrestling coach.

Meet a couple of our top GMAT female scorers: Wenyu Yang from the United States and Dafni Giannikou from Greece. These ladies would be able to provide some tips on how to ace the GMAT with a score of 780 and 750 respectively. Wenyu was a Credit Research Associate with JP Morgan in New York and Dafni graduated with a Bachelor of Arts from Harvard, majoring in Mathematics (English Literature minor) and was working for McKinsey & Company in Greece.

Last but not least, Anne-Gabrielle Starkloff is a second-generation INSEADer whose parents both graduated from our MBA programme in July 1981! There is no doubt that she will live up to the standards and carry on the INSEAD tradition in the family.

Women at INSEAD are well-rounded individuals who possess a world of positive attributes. Apart from academic excellence and strong professional backgrounds, they each have a unique story to tell. We look forward to an enlivened year ahead with a new milestone of 34% female students in this class; the highest ever for a Class of July at INSEAD!