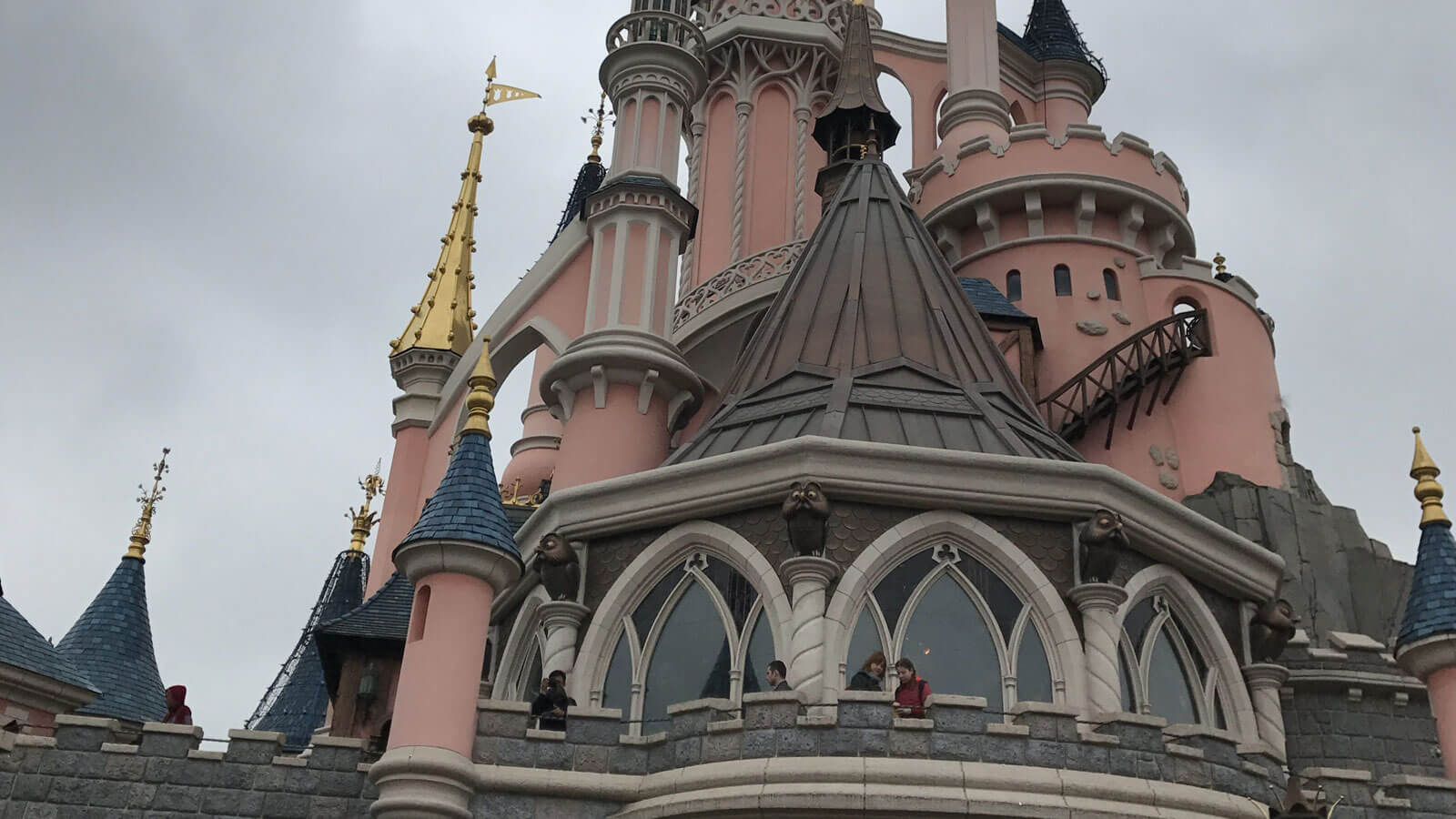 Disneyland Paris - the only escape during the month of pressure. Even the weather looked gloomy then!

I was so occupied and pressured during April that I even forgot to write a post about April. :))

But many beautiful quotes talk about pressure, and many things actually turn ripe with pressure.

There is a philosophy one of my mentors once taught me about diamonds: If diamonds can scream, they would scream, because the pressure a piece of raw diamond experienced until it turned to a piece of beautiful diamond is extremely high… until it transforms.

And April, I suppose, as I now reflect it almost 4 months later… testifies a lot to that.

April marked the second half of P2 for the December class. And, for most of us, I suppose it was the crème de la crème of pressure: when internship recruitment and academics were entangled into one.

I’ll make this post short because it’s mostly about grievances and struggle, and most pressure stories are generally ugly and unpleasant, and bring out the cliché of one’s individual fights. But I find it helpful to always remember when the rainbow and the light showed at the end of the tunnel. I am a strong believer of ‘God never forgets those who work hard’. While that can be true, it might not be true either.

This month, a lot of my life had been centered on internship recruitment for the companies that I really wanted to get – the consulting companies. So I applied to all three major firms because I did not want to stretch myself too thin. The start was great – I got called for interviews by all three.

Long story short, after numerous efforts of prepping myself, practising all the cases and fit interviews I could – I discovered that I really needed to sharpen my case interviews. Funny, because many candidates actually falter in fit interviews.

My interviewers all liked my fit interviews – but I got dinged in the first rounds by two firms, and the reasons have been centered on performing better in analysis and quant (computing faster by a few minutes, overarching analysis could be better, etc). So I entered the third firm’s interview with a lot of pressure – because that was my last bet.

‘What is your fear?’ the interviewer asked.

‘Not being able to do the math fast enough, got dinged in first round by one other firm'. Some would say my honesty was stupid, but I find it relieving. Because that took off the pressure of my back, and apparently I did the math fine and well. I passed the first round!

Sadly eventually I got dinged in the last round, due to a ‘business sense check issue’. I need to do more of my homework, apparently. It was such a tight competition.

While I was sort of relieved that it was over, the pressure did not go off. The pressure of ‘Will I ever get a job here’, became pressing and even more so. And I started wondering if I ever got things right, or if I have done it right, or even if I was focusing on the right things.

Then my birthday came along, and I was surprised how many people remembered and how very cheerful they were. I had even forgotten.

Then the internship recruitment in which I was so disappointed of myself ended up great actually because I will get to learn strategy and at analytics in a truly fascinating way. More of that in the July post.

But then the craziest thing was that when my scores were out, the results were much better than my P1 results – in fact one subject was so ridiculously high I was not even sure if it was mine LOL.

I’m like a rice cooker, I thought. I turn pressure into pain points that I need to focus on.

I asked myself what I did right. Perhaps not much, but I find that striving under pressure is extremely important. At the very least, to not drive yourself insane. But it is surprising that I also had a serious discovery: at least for me, pressure is precious. It gives me no time to think too much, just do and learn from it.

I remember fixing the way I even manage my own scheduling because the previous one did not even work. That’s how much I was even trying to survive under the pressure.

But those simple good things that happened during April reminded me to stay within that pressure, because I’m readying myself – to turn into a sophisticated diamond.

It’s time to transform, and so the next three months I will go on to that transformational journey.

3336
With the Finish Line in Sight
MBA
Read the blog