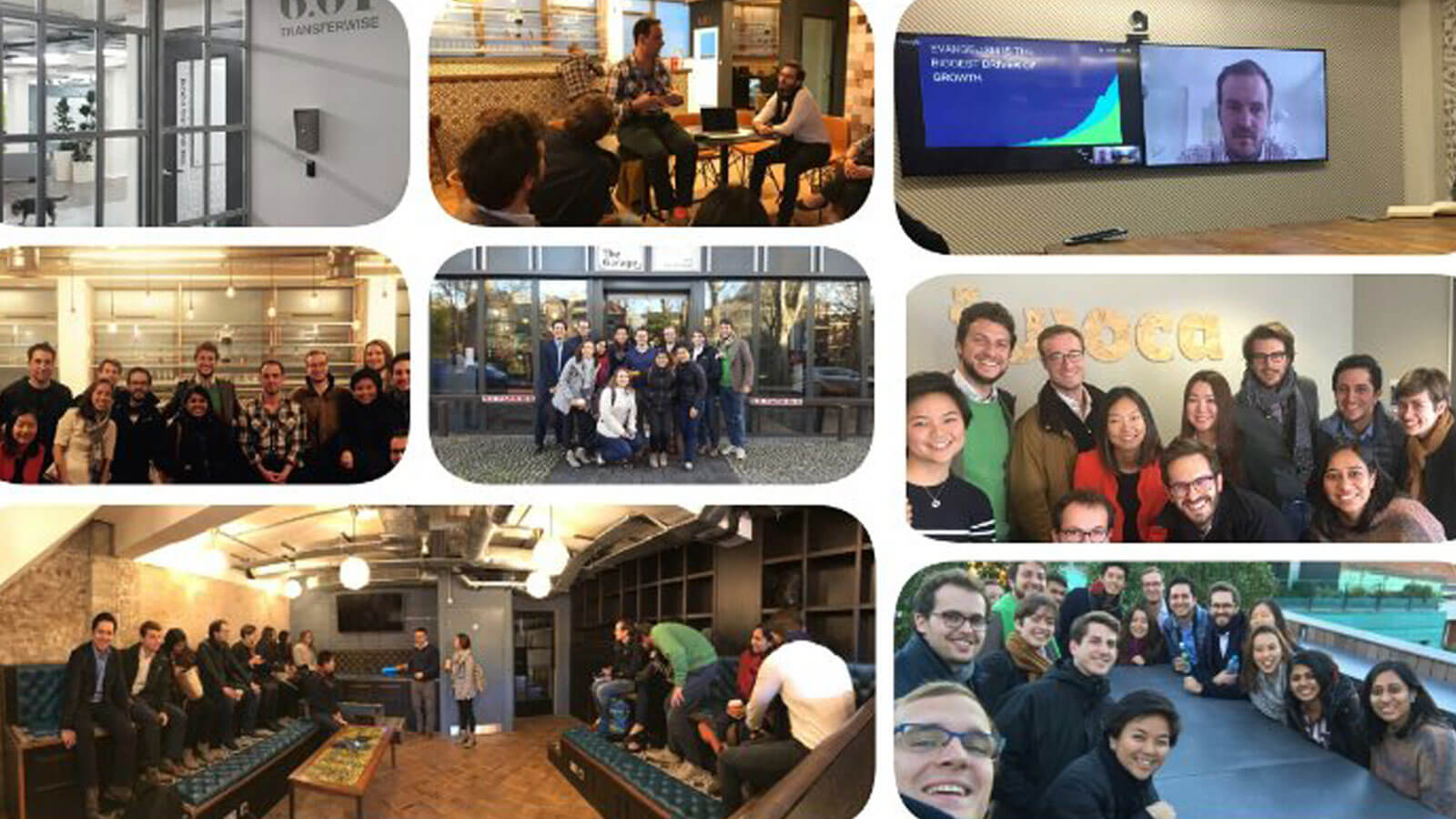 "Disruption" And "Innovation" Are Overrated

Having just concluded INSEAD Fintech Club's first company trek (we visited Aviva Digital Garage, Curve, iwoca, Techstars, TransferWise, and VentureFounders) I thought it would be interesting to get a sense of what participants thought about the visits. After plugging in the feedback to form a word cloud, this is the (surprising) result we got: 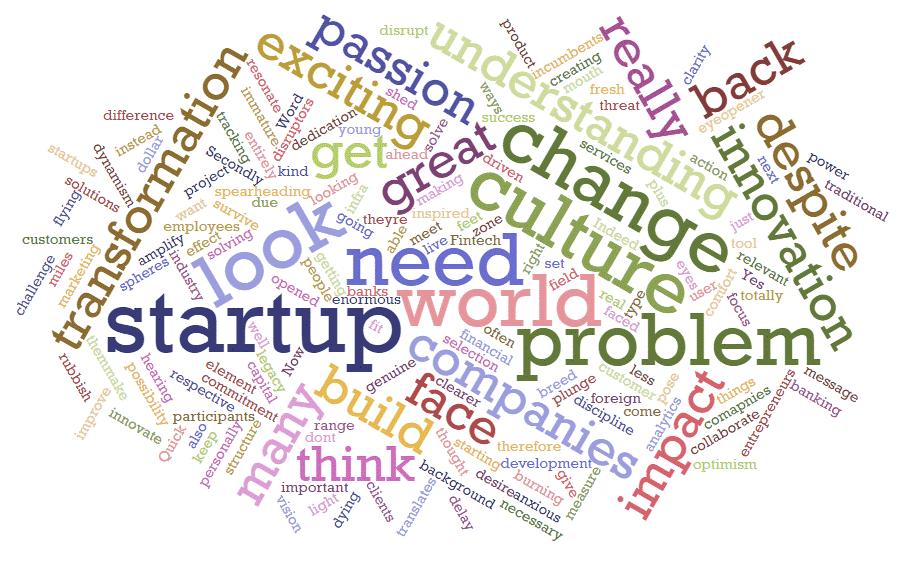 These were the biggest words that emerged out of the feedback, with the size of each word reflecting the frequency of these words captured in the comments.
Where were the usual suspects of "disruption" and "innovation"?
To be sure, they were present, but it was striking that all of us walked away from the meetings not just excited simply because we had visited An Industry Innovator Busy Disrupting The World. More importantly, we had left with a clear sense of a problem/need which these startups were attempting to address. Of course, it did not hurt that this often creates working environments filled with possibility, optimism and action - all of which were very much tangible in our company site visits (Transferwise even let dogs in their office!).
Indeed, for many participants who were totally fresh to the startup world, the visits were an eye-opener to the passion and dynamism of entrepreneurs who were simply passionate problem solvers at their core.
Personally, here are the key insights I captured which reinforce our collective observations:

1. Before starting on a project, have the discipline to build analytics to track and measure success:

Anyone serious about CHANGE will need to consider how to track and measure the difference that a new initiative will have on the existing way of things. Painful and bothersome at the start, you will later thank yourself for taking the time to think through the question "What does success look like for my project?". Co-founders at Curve were quick to remind us that no matter how exciting a new programme seemed, they learnt that it was way more important to think about how to measure whether it could prove a concept than to simply embark on it without a clear metric of success.

2) Word of mouth is often the most effect marketing tool:

Think of how you can build and message your solutions to resonate with the user's core need / pain point such that they become your best salesperson. Transferwise has successfully done that by focusing on your personal difficulties experienced when transferring money overseas.

Do not be anxious to look for the next dollar, instead look for customers - they are your best validation that you are meeting a real need / addressing a tangible problem. And after that, look for ways to keep them/make them come back. Because when they do, that is when investors start to sit up and take notice. Coming from Techstars, a top accelerator which has funded more than 700 companies, you know that this advice has to count for something.

4) If incumbents want to collaborate with startups – make sure the incumbents give the startup a quick “Yes” or “No”: Too often, the delay between hearing back from the potential corporate collaborator could very well be the difference between a startup dying or flying. Having worked in a corporate innovation lab and a start up myself, I can identify with the clash in CULTURES when the a giant tries to come along side a nimble player with very different risk appetite and timeframe.
Tags
MBA
Start-Up
Entrepreneurship

As co-president of INSEAD’s Fintech Club, Sarah Wong oversees the insurtech industry vertical and works enthusiastically towards raising awareness of this emerging fintech vertical amongst her MBA classmates. Find out more about Sarah and her experience in insurtech and health tech at https://linkedin.com/in/swongx