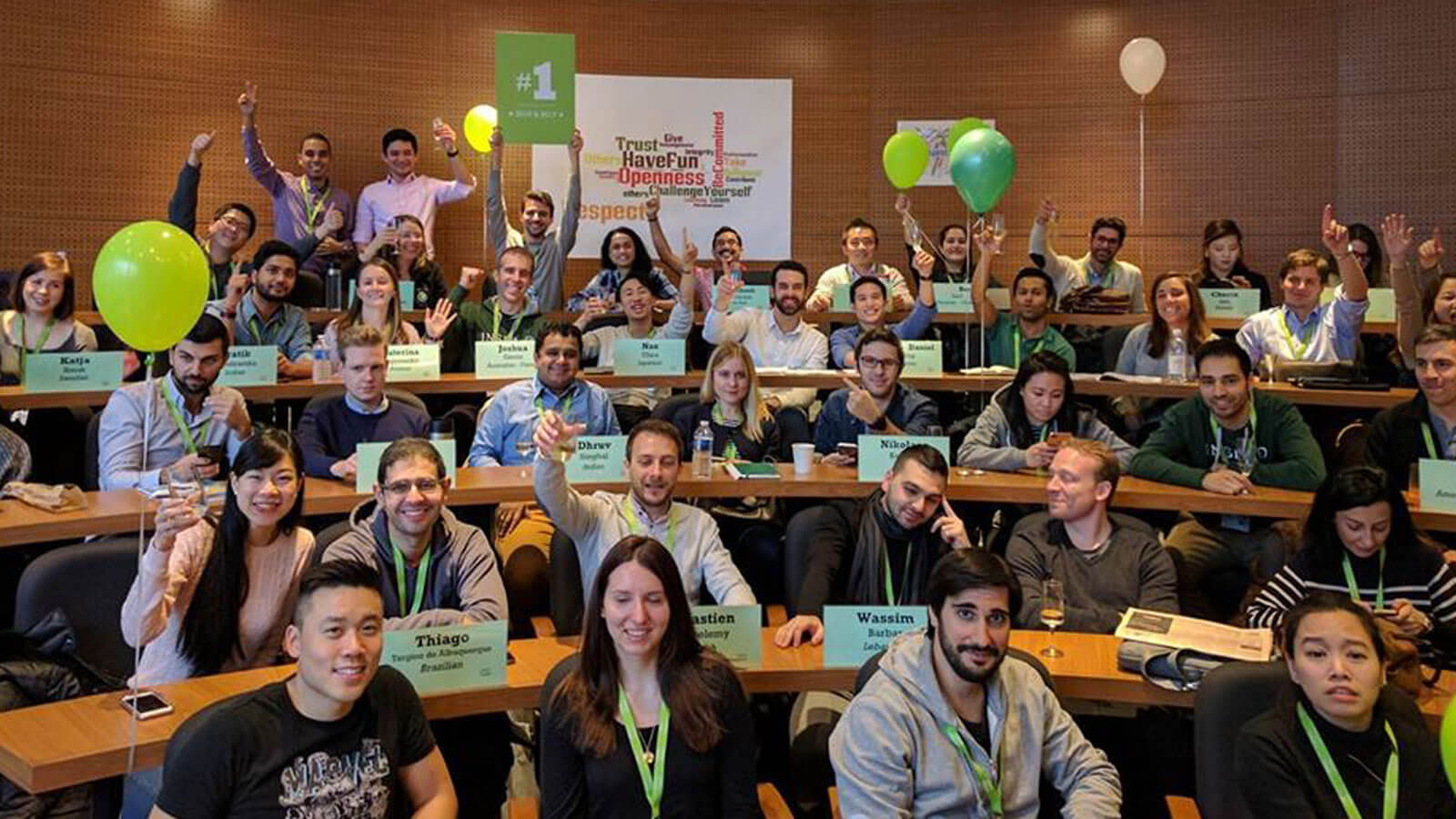 INSEAD: The Muggle Version of Hogwarts

As a huge Harry Potter fan, after realizing that I would never receive a Hogwarts acceptance letter, I didn’t think there would any other school giving me the same satisfaction. I wasn’t quite right. Here I am at INSEAD - the Hogwarts of Muggles. I have surprisingly found many similarities between INSEAD and Hogwarts that satisfy my non-magical self.

While the Hogwarts Express leaves from Platform Nine and Three-Quarters, the train to INSEAD starts from Gare de Lyon. Of course, train is absolutely the best way to get to school.

Hogwarts sorts students into four houses, so do we here at INSEAD. Each of the four sections studies, plays, and slays together for the first two periods. It’s hard to commit, but yes, I would have to say my section is Slytherin’s angel twin.

There’s always one (or more) Hermione in class - I mean, we all love Hermione, right?

Prefects at Hogwarts are given extra authority and responsibilities. Our section representatives have their specified duties. There are academic, career, and social representatives, two of each per section. They are our voice regarding ANY issue.

They aren't there to have us follow rules, but to make sure that we all have a wonderful time at INSEAD.

They may spam your WhatsApp when pitching for the vote though.

No, our professors don’t transfigure into cats or deer. However, you can expect to see a bunny professor teaching and running around the school (That is, if you pay high enough!)

Its ceiling isn’t covered with candles, but our cafeteria is sure to serve a variety of luscious food as the Great Hall does. The food is as diverse as INSEAD students. I would say this is one of the best places to eat in Fontainebleau.

Hogwarts celebrates and holds feasts several times a year. INSEAD does several times a month. And I bet Hogwarts won’t have a toast in the hallway in the afternoon for being the number one business school. Besides, we don’t even have to wait for a grand feast to enjoy ourselves when we have a weekly party.

While Hogwarts students fill the Three Broomsticks at Hogsmeade, we do Glasgow downtown here. After all, who needs butterbeer when we can have real beer?

One advice. Beware and be kind to boars; they’re around us.

This is the only thing from Hogwarts I wish to have here. Two months have passed in a flash, and I have had the best magical moments of my life.

PASSIONATE. OPTIMISTIC. ECCENTRIC. With her signature big bright smile, Jadapa is a good representative of where she’s from –Thailand, the Land of Smiles. Living in four countries across three continents brought her beauty in anticipating others’ minds. Often inspired by books, movies, and series, the girl is paving her way in the media and entertainment industry in Asia. And eating all the sweets in the world is a priority in her bucket list.