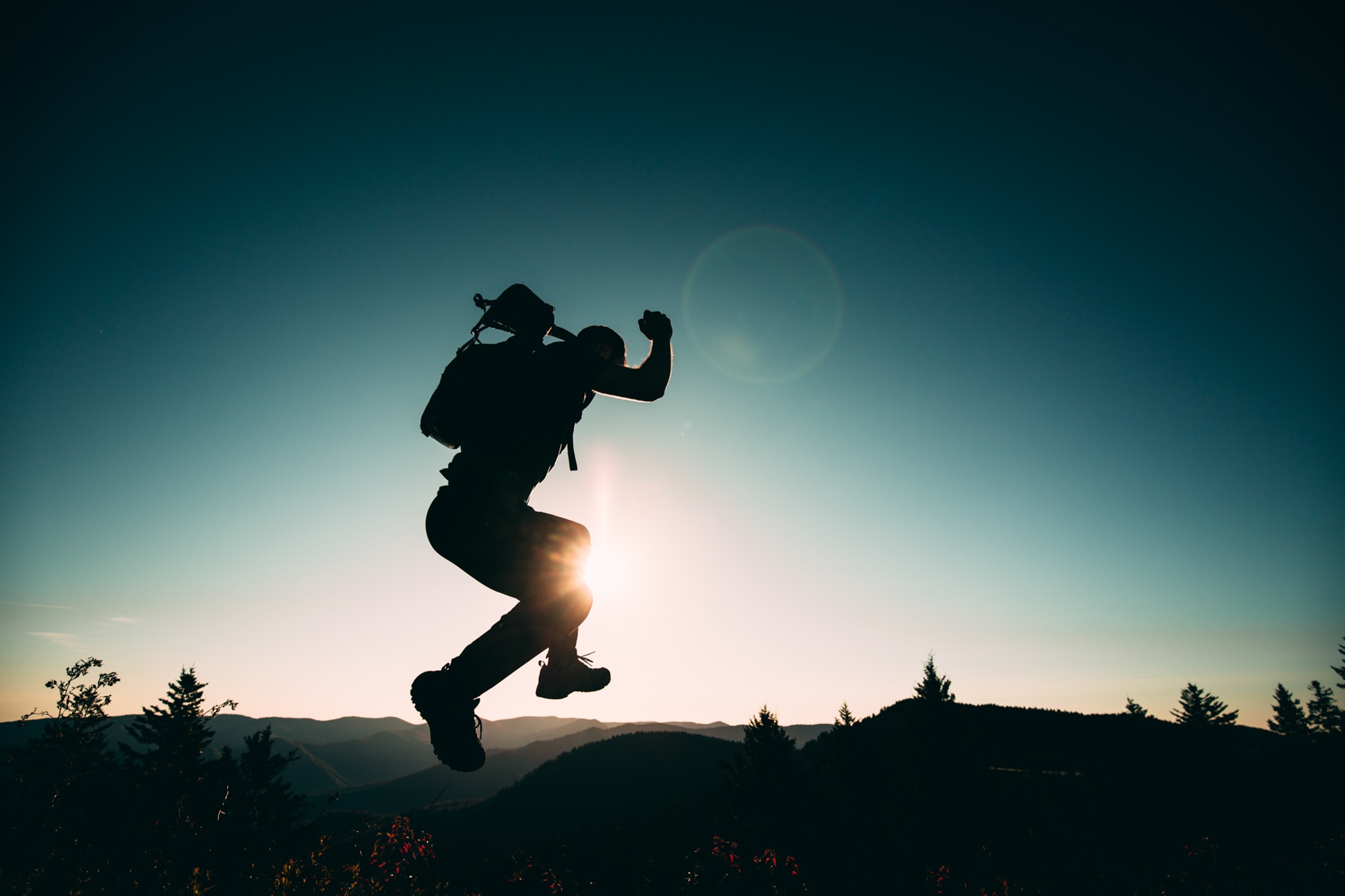 Season 1: First Half, We Fall

Leap years and I have always had a somewhat tempestuous relationship… oddly bittersweet.

1992 gave me my first head injury. 1996 was my fall from grace - first in class to third, much to the chagrin of my Indian mother. 2000 made me long for a younger brother for my forthcoming sibling. 2004 left me benched, after a lower back injury at the start of Junior Basketball season.

2008 got really hairy. Two sleepless, grueling years of blood, sweat, and tears to get into a decent engineering school in India, where you need to take an entrance exam to become an engineer (or a doctor, lawyer, designer…). 24 months of slogging through brain-numbing differential calculus and inorganic chemistry and doing well in mock exams - the evidence suggested that I would perform reasonably well in my entrances.

I crashed and burned. Through ALL of them. A tremendous blow to an 18-year-old me. But I was told hard work always paid off!? So, I enrolled at Delhi University (DU), got onto the debate and basketball teams, grew my hair long, hazed the other innocent freshers, drank my body weight in cheap booze, and slept through my classes – all this helped lying to myself that I was going to re-take the entrance exams in a year’s time – but to be honest there was no steam left. Deep down I was distraught.

2012 brought more bitterness. With good grades, strong co-curriculars, and a string of summer internships at strong ‘brands’ and having prepped my very best for interviews, I felt ready for recruiting. My top target: one of the Big 4 – I was hell bent. I coffee-chatted, networked, refined my elevator pitches and practiced tonnes of online/psychometric tests.

I got through to the final round after nearly a million rounds.

I screwed up one thing on the day – I clicked on ‘submit’ instead of ‘save’ midway through an e-tray exercise (the buttons were SO close!). I even admitted my mistake in the self-evaluation session and provided the right answers (Yes, they do make you remind yourself why you are s**t). Feedback is always great, allegedly. Dinged.

Otherwise, I applied to about 55 jobs and made it to 23 final rounds – can you guesstimate the hours spent on online tests, telephone interviews, in-person interviews, assessment centres, travel, and prep before that? Excessive recruiting had eroded my grades, my dissertation, my co-curriculars, my relationship and my happiness.

All of this because the Tories had drastically changed the rules for post-study work. I had some offers rescinded because the companies weren’t sure about how to operate under the new rules.

2016 was a massacre. Oil and gas workers were losing jobs like flies in a UV bug-zapper. I was in deeper mess under a toxic boss in a super demanding high-risk role, which, believe it or not, had come from an accelerated promotion the year before! And my colleagues were also scared of their own job security, so help wasn’t forthcoming.

Add to that an incredibly risky project – where one mistake could make pipelines go ‘boom’ (no pipelines were harmed in the writing of this blog). I spent the first half of 2016 frantically job searching – but the job market was socially distant. In my infinite wisdom, I thought “why not apply to LBS, Said and Judge for Round 4?” Just for kicks?

Sure, I could prep for the GMAT too with all this ongoing. Glorious idea. Ding! Ding! Annnd that’s right..Ding! LBS even kindly reminded me their GMAT average was ‘>700. Pls fix. Tx’.

So, when 2020 turned out hellacious I’m like 😒… Does this ever turnaround?

In 1992, I stood up to my first playground bully – two stitches on a three year-old - thug life chose me. In 1996, my family moved to Delhi and I started at an amazing school where I found the best of my friends and interests beyond academia (my mother softened her zeal too).

The millennium brought to me the loveliest sister one could imagine – my most favourite person in the whole wide universe (except when she takes my stuff, younger ones are the worst!). 2004 end of season, when my back healed slightly, the senior team had one person short and let me play with them – serious street cred in school!

2008’s last-ditch efforts got me into five top UK engineering schools with reasonable scholarships! My dad magnanimously paid the remaining bill (his only condition: the locks had to go). Sheffield breathed new life into me and I felt right at home, you only undergrad once! I got into social impact, the officer cadets, and students’ council (always had it, eh?).

In 2012, I felt a job at BP was so far out of my league that I didn’t pay attention to it. I took the online test hungover, lying sideways in my bed. Fire alarm went off midway through telephone interview. Nearly failed an exam doing the in-person round - I was in between two exams with one day in to go to London and back. A road accident turned a three-hour drive back into seven!

I studied through the night for the exam I had nada clue about. Did really well actually, lol! Got three final round dings the night before BP’s final assessment day. I was done. My best friend begged me to go. His only condition: watch Pursuit of Happiness on the train ride (2h4min film for a 2h5min ride). The rest of the day was a blur.

I got the job. Great paycheck, greater benefits: every second Friday off!

In 2016, I was still on a sponsored visa. So, when I quit BP on 30th June, I had 60 days to pack up eight years of life. I wanted to leave the UK on my own terms. I am stubborn! I kept applying everywhere, anywhere. Came ever so close to getting into two consulting firms (closer than now for sure, lol).

Then two jobs popped up at INEOS – a. the exact same as my prior role and b. a more senior role. I applied to both, thinking I’ll definitely get a shot at the former. Nope. Dinged in 10 minutes. Two days later I got invited for the other one! (Huh?)

The first interview went decently well. The second round was with the head electrical engineer, who abruptly ended the one-hour interview after 30 minutes. COOL! Nice to know you, bye! I received the quotes for shipping my stuff as I entered my car. Not subtle, universe! As I entered my house, got a call from HR with good news! Best 48h sleepathon ever.

I received the ding from the last of my consulting prospects.

I feel this is an opportune time to tell myself (and other co-2020s who need to hear this) something I said to my two best friends at INSEAD just before recruiting season spiralled in the wake of COVID-19:

“You will have great careers. I am forever cynical, sceptic, and never talk in absolutes. But this I know. A simple evidence is that you are striving through the harshest of times. A job/consulting job or not is just a speed bump. Something you tell future INSEADers – your struggles making the amphi giggle nervously. But they won’t know what it was like. So, don’t worry and be amazing at what you’re already good at. Jobs will come and go; you’ll make a career”.

My anecdotal experience says second halves of leap years get better (on average, all else equal).

While I struggle to reassure myself, I earnestly hope Tennyson’s eloquence comes to our collective rescue:

Though much is taken, much abides: and though

We are not now that strength which in old days

Moved earth and heaven, that which we are, we are:

One equal temper of heroic hearts,

Made weak by time and fate, but strong in will

To Strive, to seek, to find, and not to yield.

Sagnik is a cocktail of cultures, stories, and cynicism. Between childhood and INSEAD, he has lived across 10 cities and 4 countries - India and UK dominate his persona. Having stumbled across Kilimanjaro, Machu Pichu and Petra, he definitely prefers diving. He is still surprised he became class president for July 2020.

A Fired Up Feast at INSEAD, Fueled by COVID-19
MBA
Read the blog

2836
Learning the Language of Digital, Fast
MBA
Read the blog