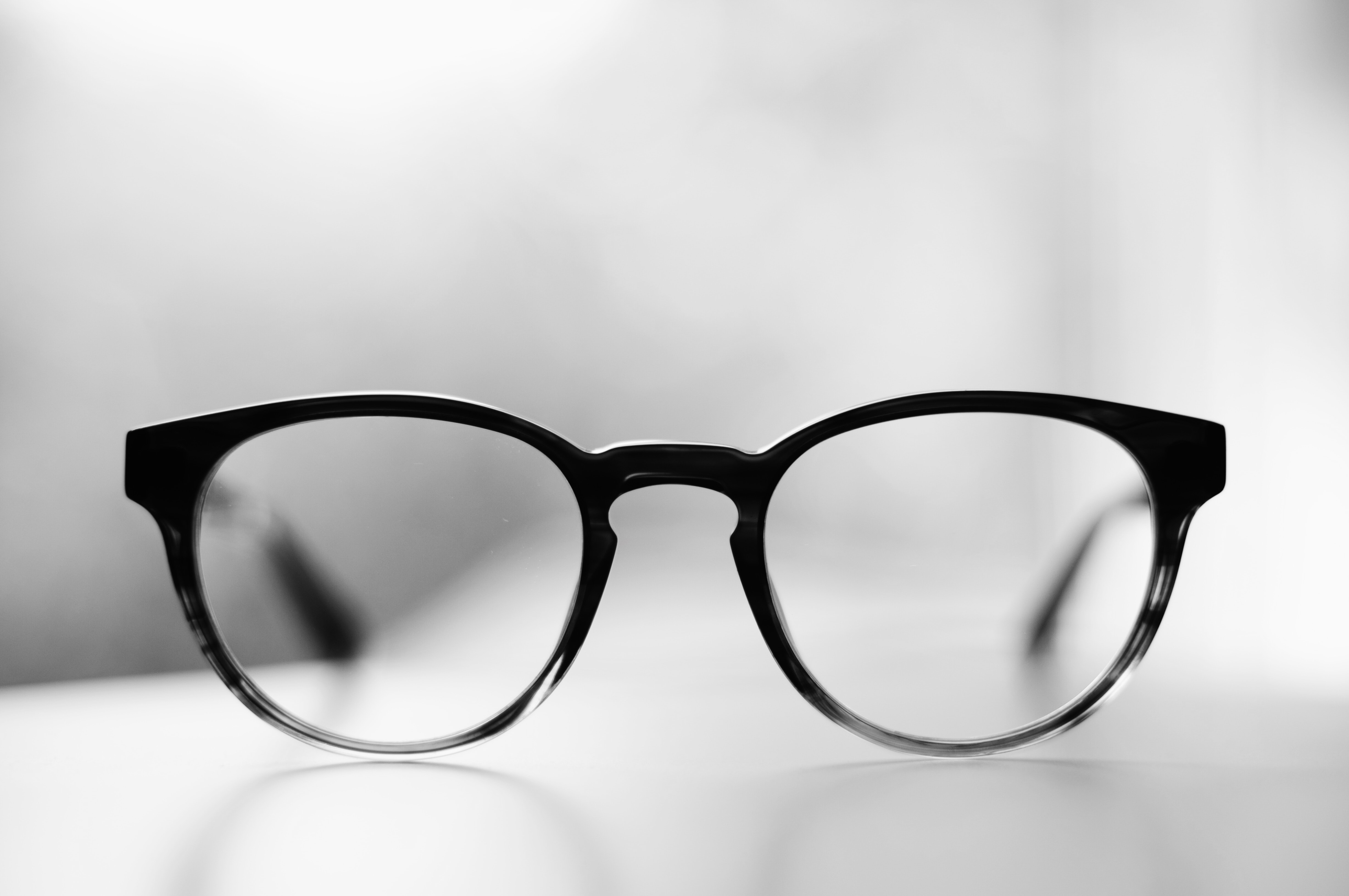 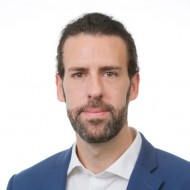 Ávila, a small and cold town of 60,000 inhabitants in the center of Spain.

Fun fact about yourself:

I played competitive basketball for ten years, six of those for semi-professional teams.

MSc in Industrial Engineering, specialisation in Industrial Management. Universidad Carlos III de Madrid, Spain. My top two accomplishments during my time in the school were:

Where was the last place you worked before enrolling in business school?

I worked at Everis, in the Aerospace, Defense, and Security Division, as a Project Leader for the Simulation Business Unit. In this area, we worked with two subsidiaries to develop, manufacture and sell simulators globally for different sectors including transportation, mining, and aviation, with the goal of training operators to excel in their duties and minimise risks.

Where did you intern during the summer of 2018?

In the summer of 2018, just a few months after joining Everis Aerospace, Defense, and Security to lead the commercial due diligence to acquire a flight simulation company, I was working on delivering two market studies for two major LATAM countries to understand the potential market for flight simulators and pilot training centres.

Where will you be working after graduation?

I want to transition to management consulting; more precisely, I plan to join a top global firm in the Asia region to leverage my experience in China, Brazil, and Spain to help businesses achieve sustainable growth.

Before arriving at the school, I was awarded an INSEAD Alumni Fund Diversity Scholarship of EUR 10,000 because of the breadth of my experience in both functions and geographies. I have worked in project management, business development, digital consulting, or after-sales operations during my tenures in Spain, China, and Brazil.

In the upcoming months, I aim to join the leadership of two clubs, the Retail and Consumer Goods Club, and the TMT Club.

Which academic or extracurricular achievement are you most proud of during business school?

I’m proud of how my study group peers and I built something more than a cohesive and high-performance team. We formed a small family.

We came from different countries with different contexts (Lebanon, India, China, USA, and Spain), and we all had strong personalities and loved to take leadership whenever it was possible.

Day by day, we began to learn more and more about each other and how to work as a team, rather than as five individuals. Eventually, everyone was able to compromise when needed and adapt to any new situation together, to support and help each other – inside and outside of school – and have a vision as a whole.

What achievement are you most proud of in your professional career?

One year after I joined Simumak’s after-sales operation in São Paulo as the Head of the Expense Management Department, our company was on the verge of a cash flow crisis that would not allow us to buy the inventory to give support to our customers.

When the crisis arose, I took the risk to step outside of my responsibilities, challenging hierarchy to solve the situation. Initially, I conducted several interviews with different departments, including those of the Brazilian commercial partner. I discovered that the critical issue was a cross-company culture problem embedded among departments that had facilitated the creation of information silos and conflicting decision-making.

To turn this around, I worked on several fronts. First, I created a new workstream to control inventory, identifying those parts that led to simulator downtime, and building a three-month forecast. Second, I worked with each department creating a round of open discussions to find a common ground from which we could start working. Last, I worked with the financial department of the commercial partner and our purchasing department to create the first aligned monthly spare parts budget and establish the purchasing priorities based on downtime impact.

Gradually, the interdepartmental tensions were eased, transparency was enabled, and the cash-flow crisis impact on the customers was mitigated from early stages and solved after four months.

Who was your favorite MBA professor?

My favorite professor was Anil Gaba, who teaches the course on Uncertainty, Data, and Judgement. His lectures are full of perceptive information about how managers make decisions, the uncertainty involved around them, and the tools we can use to minimise the chances of error.

What I loved about him were his teaching methods that included a fast-paced learning experience with lots of touches of intelligent humour that captivated us and kept us engaged from the first to the last second of class…even on a Monday at 8am.

What was your favorite MBA event or tradition at your business school?

It was the Community Challenge we faced during the Launch Week at INSEAD Singapore Campus. I was selected as part of the leadership team to build, together with my classmates, an outdoor teaching and learning area for the women of the Center of Domestic Employees (CDE). Here, they could learn essential life skills, including basic English and Maths lessons, as well as career-oriented competences.

This project was a fantastic example of the Force for Good motto of INSEAD, where MBA students joined forces for a good cause that will have a lasting impact on the local community of CDE women. It reminds us that we should always pursue business as a means to impact society positively.

Why did you choose INSEAD?

There are several reasons why I picked INSEAD over other schools.

First, class diversity. There is no dominant culture in the cohort, and most of the students have lived in countries different from their own as I have done.

Second, INSEAD’s culture and values resonated with me. I learned about them when I visited the campus in 2018; the students I met were down to earth people and you could instantly feel connected with them. Also, they were willing to help each other, even applicants like me, when their time was scarce. I could completely relate to this because of the dynamics I’ve experienced when playing basketball.

Last, to maximise the chances of achieving my short-term career goal, I analysed in detail the employment reports of every school and no other gives more employees to management consulting than INSEAD. Also, its brand name in Asia is impressive, which will facilitate my relocation to the region after the programme.

What is your best advice to an applicant hoping to get into INSEAD's MBA programme?

If you are entirely sure about doing an INSEAD MBA, then go for it and start planning early for the whole application process. Don’t think that once you are done with the GMAT, everything is over.

INSEAD's application is one of the most thorough that you will face when applying to a business school, so you would need to commit a fair amount of time to prepare for the essays as well. Likewise, don’t leave the recommendation letters for the last minute.

What is the biggest myth about your school?

Without any doubt, that it's limited to the diversity of the class. INSEAD lives up to these expectations and even surpasses them. It’s not only the breadth of nationalities in class – 70 in mine – that you can see in the statistics, but the diversity within their experience.

Most of them have lived in at least two or three countries, and their experience includes areas such as architecture, medicine, journalism, law, and even acrobatics. All of this combined contributes to having a top-notch learning experience in class, one that is impossible to understand until you experience it first-hand.

Looking back over your MBA experience, what is the one thing you’d do differently and why?

If I were to pick one, I would say to learn to say no from day one. It was easy at the beginning to let the ‘Fear of Missing Out’ guide my decisions due to the dynamics of the programme and lose track of the bigger picture. Once I could step back and reflect, I realised this and re-focused on my priorities.

Time is a scarce resource during the INSEAD MBA, and it’s crucial to keep your priorities in mind when making any decisions, so you get the most out of the programme. Most of the time, less is more.

Which MBA classmate do you most admire?

Shu Chen. I admire Shu because of her ability to balance two truly demanding ‘jobs’ at the same time, being an MBA student and a mother of a 20 month-old daughter, and still be a high-achiever.

Her experience is mesmerising.

She worked for Mobike in Singapore, where she was able to secure funds to expand the company internationally. Also, Shu is incredibly strong-minded. As an Asian woman, she has overcome many cultural norms to achieve career success and work-life balance.

Who most influenced your decision to pursue business in college?

I have never had a specific role model that influenced me to pursue an MBA. I’m the first generation in my family to attend college, and this was a proactive decision to cater to my ambition and self-improvement spirit.

However, Kobe Bryant was a person to whom I had looked up to when I played basketball and now in my professional life. I share his strong work ethic as the key driver toward success, the never-surrender attitude to put up with failures and setbacks, and the capacity to learn from them to become better.

What are the top two items on your professional bucket list?

My two main goals at the moment are the following:

In one sentence, how would you like your peers to remember you?

I hope they will remember me as someone humble, close, committed, and dedicated – who was and will always be willing to help.

I have plenty of hobbies that I like to do whenever I have free time. I love sports. I played competitive basketball for ten years, six of them for semi-professional teams in Spain and Iceland, and recently my girlfriend and I biked around Taiwan for more than 1,100km. Also, I enjoy nature and outdoor activities. Before starting the MBA, I hiked for a month around the Tibetan plateau of China. Not so long ago, I reached the summit of Mount Fuji.

On the more creative side, I’m a photography enthusiast. I’ve been doing so for more than nine years, and I aim to do my first photo exhibition before the end of the MBA. I enjoy exploring and experimenting with aerial, black and white, and landscape photography.

And last but not least, I’m passionate about traveling and discovering new cultures. I have lived in five countries in Europe, Asia, and South America and travelled to 25 countries to this day, and the number will grow larger before the end of the programme.

Edgar's testimonial was originally published on Poets&Quants, Best and Brightest.

Tags
Why INSEAD
Why MBA
MBA

My journey towards INSEAD
MBA
Read the blog

1153
Change, accelerate, be global and have fun
MBA
Read the blog