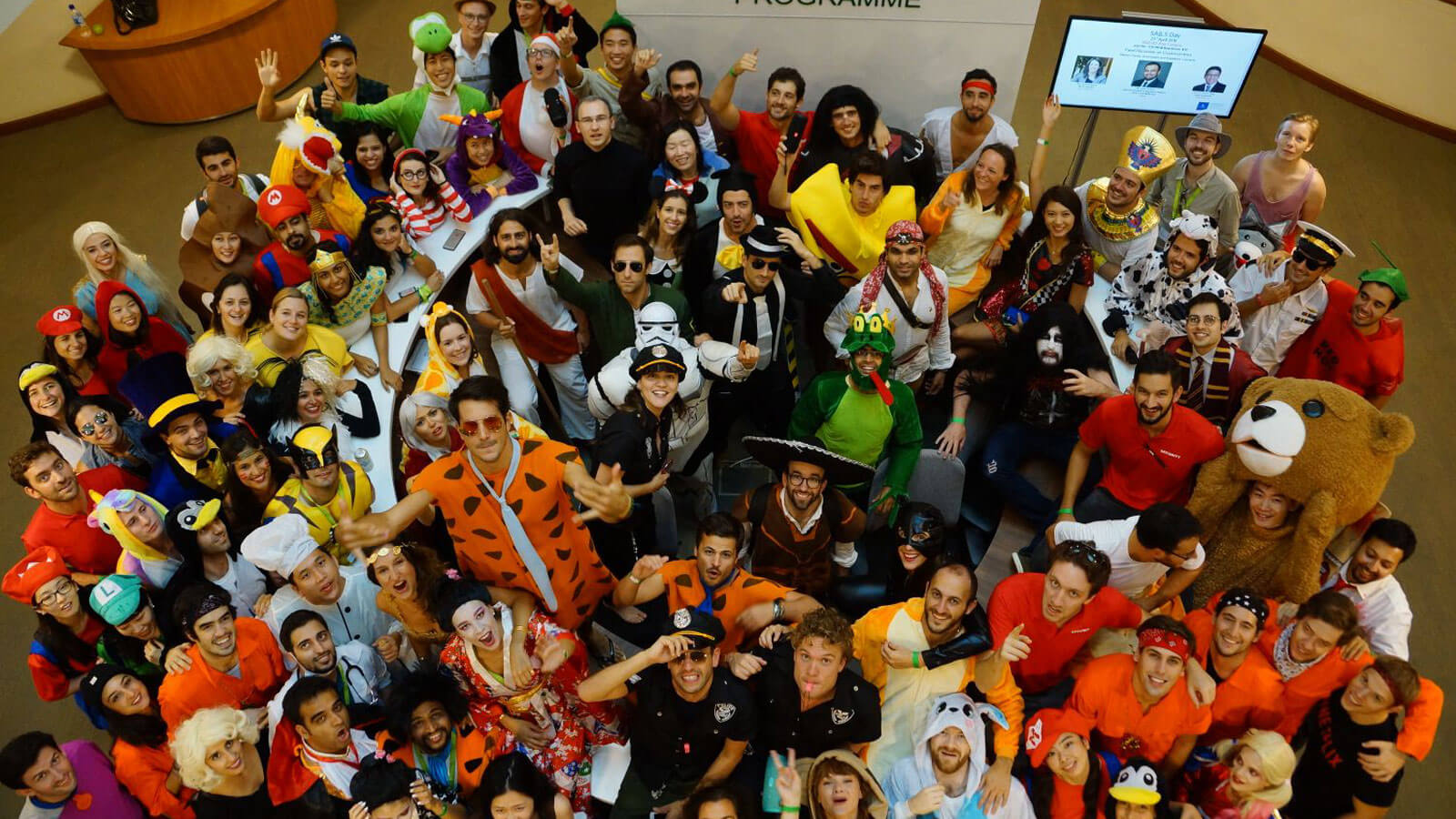 Well, that escalated quickly… It’s the last week of class here in P2 and we have our first finals in four days.  Somehow this period managed to fly without I or most of my classmates noticing.  I guess this is what they mean when they say time flies when you’re having “fun”.  I put fun in quotations because while this period was a blast, it was a stark contrast to Period 1.  Whereas in Period 1 almost every weekend was filled with adventures to new, exotic locales, Period 2 was when reality set in.  Summer internship recruiting started in a most intense type of way and the times that weren’t filled with recruiting activities were either filled with interview prep or that nagging little monster known as classwork.  Like my previous post, I’ll start from the beginning:

Week 1: I’ve spent our 5 day break between periods traveling in Vietnam and having an all-around magical experience.  I get back late Sunday night before our first class of P2 (at 8:30 AM) and 2 weeks of non-stop company presentations every night.  I realise very quickly that starting off P2 exhausted was maybe not the best idea.  '

Every night has a different company presentation, often followed drinks and dinner.  At each one of these you need to be “on” and doing your best to connect, even briefly, with the partners, directors, or HR recruiters at each of these companies.

After 3 nights in a row of this I am ready for it to be done.  Too bad there’s another 2.5 weeks of this.

Week 2: I spent the weekend running through interview preparation, which in my case involved doing lots of practice case interviews for consulting firms.  This week is much the same as the last, but with more boutique professional service firm presentations. In between classes and presentations I spend most of my free time writing cover letters, applying to roles, and trying to network with alumni at other companies

Week 3: This week we have our massive “Talent Networking Forum”- Singapore edition in the middle of the week.  This is basically a fancy business school name for “Career Fair”.  As a class career rep I field a lot of questions from my peers throughout the day and the week leading up to the event.  I’d like to give a quick shout out to our Career Center, who did an awesome job bringing not just a lot of big-name companies on campus, but also some very unique smaller/start-up ventures.

Given the diverse startup scene here in Singapore, there were companies doing everything from AI based marketing companies to food delivery apps.  I come out of the day intrigued by a lot of the opportunities at some of the smaller tech companies.

Week 4: Final “free” week before consulting interviews start. I hear word from the five companies I applied to, and two have extended interview offers.  I would be disappointed, but the two extending me interview invites were my two top choices, so that softens the blow.  I have come to the point in my interview prep that I think everyone reaches at some point while in business-school.  This is the ‘burnout’ phase.  Just like a marathoner tapering their training leading into a big competition, myself and most of my classmates in interview prep are starting to lessen their daily preparations to avoid burning out prior to the actual “game day” interviews.  I spend the weekend mostly catching up on school work and trying to get ahead of final projects that will be due in a few weeks.

Week 5: Game time. I have both my big interviews this week.  What’s worse, the hard drive on my computer crashes and so I am stuck working exclusively in the campus library for the time being.  The interviews come and go.  One goes well, the other less so. I wait with baited breath over the weekend.

Week 6-7: This is where we talk about failure.  I’m proud to admit that I gave it my 100% in the interviews, but unfortunately came up short in receiving invitations to move along in the process.  I am mostly disappointed in the fact that I didn’t even make it to second rounds, but take solace in the fact that I am not alone with my classmates.

I am also thankful that I have been speaking with other companies throughout the process, and I look at this as an opportunity to do something different and maybe a little more risky.  Maybe I’ll try and work at a company that is trying to be innovative or disruptive, or go work on a social impact venture.  Either way, I know that from failure comes growth, so I don’t take it too hard. Plus, there is DASH day!

Following the intensity of formal recruiting season, I have a period’s worth of socialising to catch up on.  We have DASH on Thursday, and our class social reps organised an awesome day filled with costumed shenanigans, followed by a party on the top of a parking garage in the middle of Singapore (soooo underground!).  Following Dash day we have a Friday full of classes and then the BCG Olympics on Saturday, basically a day at the beach filled with intense inter-section competition. After some football, volleyball, swimming and dodgeball action, it all came down to the final tug of war event.  I’m happy to report that my section demolished the competition, and took home the illustrious trophy for our efforts.

Now as I finalise this post, I’m going back into cram mode.  Unlike last period, where we had a few free days leading into exams, this period our classes end literally the day before exams. With that, I am signing off.

Cody was born and raised in Chicago, attended Tulane University in New Orleans (where he was educated both in life and in school) and currently resides back in Chicago. He is an avid rugby player, amateur chef, and outdoor enthusiast. He was recently married (during a hurricane in New Orleans) to his wife and fellow adventurer Jackie.