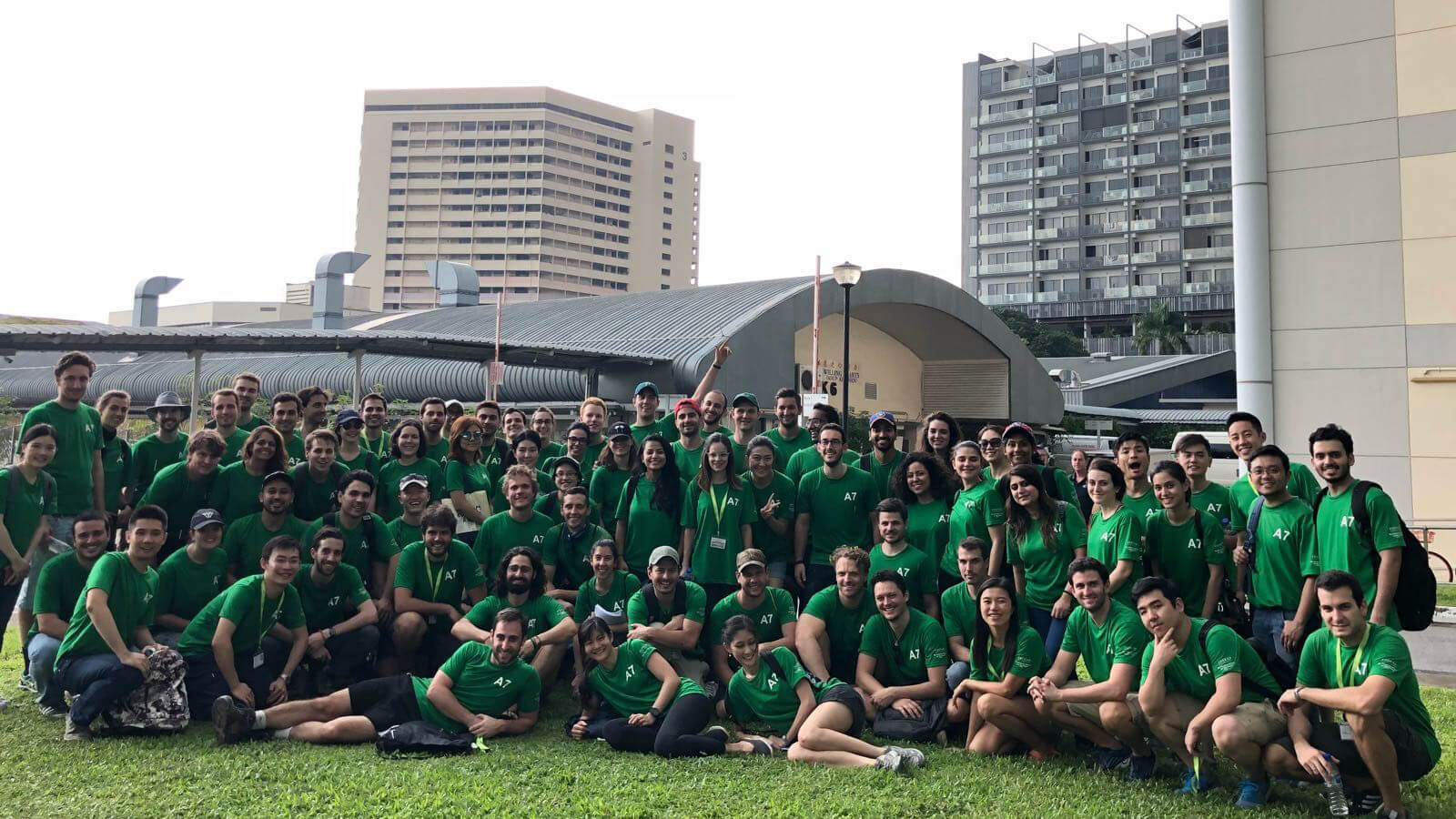 Group A7 at our Splash program in Singapore

Period One: A Mid-Point Review

It’s February 1st, a Thursday. I am roughly halfway through period one. I’m exhausted.

I’ve come to learn that my classmates and my propensity for traveling on the weekends means that all the social, sport, and career clubs schedule their events for the weeknights.

The weeks have basically begun melting together at this point and I’m having trouble discerning weekend from weekday, apart from my trips out of town. Every day involves work of some type, be it class work, career work, or group work, followed by a club or school-sponsored event. I feel like I’ve experienced three months of school rather than the five weeks I have been here so far. For my own record, and for yours dear reader, I’ve tried recording every weeks’ activities that my classmates and I have experienced so far:

Week 1 (Pre-Start): Move to Singapore, meet my roommates, settle into the ever popular “Heritage View” condo lifestyle with what seems like half of my class. This literally feels like the first week of college all over again. I’ve had the same “Where is home, where do you want to be after, what do you want to do?” conversation with everyone I’ve met so far. This will continue… Myself and 100 or so classmates celebrated New Year’s eve on Siloso Beach in one of the worst monsoons I’ve ever been in. We made the most of it.

Week 2: Orientation starts! We get a taste of what the programme will be like with back-to-back sessions covering everything from career services, to the year ahead, to campus exchange, to all the services available for our partners. We reflect.

Week 3: Orientation week continues. Perhaps the best part of the whole week and a half orientation process is the Splash project. The class has three days to build a huge outdoor cafeteria/ seating area for a local job-training programme for people with special needs. I’ve done Habitat for Humanity and other charitable volunteer work, but nothing compared to the intensity and enormity of the task that we tackled in the Splash programme. As the stereotypical “average American” I thought it made sense to take the dirtiest job and found myself on the power saw all day. It was awesome, but exhausting. Afterwards, we reflected some more.

Week 4: This week began with an amazing party put on by the 18J class, welcoming us to Singapore on the rooftop of one of the tallest buildings in the city. In true INSEAD fashion, my wife brings her bags to the party so we could leave straight from the venue to take her to her flight back home to Chicago. I’m proud of her for being such a good sport, but feel bad that she has to sit on a plane for 25 hours after such a long night. I’m missing her before she’s even gone. Following the crazy weekend, classes officially start! It feels great getting back into the classroom after a long few years working.

This feeling fades quickly as the work piles up…

Week 5: I spent the weekend in Penang, Malaysia, perusing the street art and trying to eat at a different street food spot every three hours. The plan is a success, and I start the week well-fed and ready to dig into some real work. The professors all do a great job of incorporating real-life examples into their classes. Intro to strategy had us learning about Brazilian avocado smoothie stands (music and avocados included), financial accounting had us reviewing financials from a British homebuilder that had declared bankruptcy literally the day before, and Financial Markets & Valuation had the professor throwing out cold hard cash in class. As a school with French origins I’ve come to particularly appreciate the habit of using champagne as an added incentive for group or individual competitions in class. The work has really started coming fast and furious.

Week 6: Back to the present. I spent last weekend in Bali, recharging with 12 of my classmates in a villa with a private pool. Yes, this sounds ridiculous. No, it was not expensive. Basically, the cost of living in Singapore is high enough that a quick, cheap flight to pretty much any other city in Southeast Asia will have you spending about the same as if you stayed in Singy for the weekend and went out for dinner and drinks both nights. It is worth it to travel!

As I finish this post, I am about to doze off at my computer. I’ve had events each of the past two nights, and I’m looking forward to a decent night’s sleep. Every alum I’ve spoken to says INSEAD has you constantly choosing between work, sleep, and social. Tonight, I’m choosing sleep.

Cody was born and raised in Chicago, attended Tulane University in New Orleans (where he was educated both in life and in school) and currently resides back in Chicago. He is an avid rugby player, amateur chef, and outdoor enthusiast. He was recently married (during a hurricane in New Orleans) to his wife and fellow adventurer Jackie.