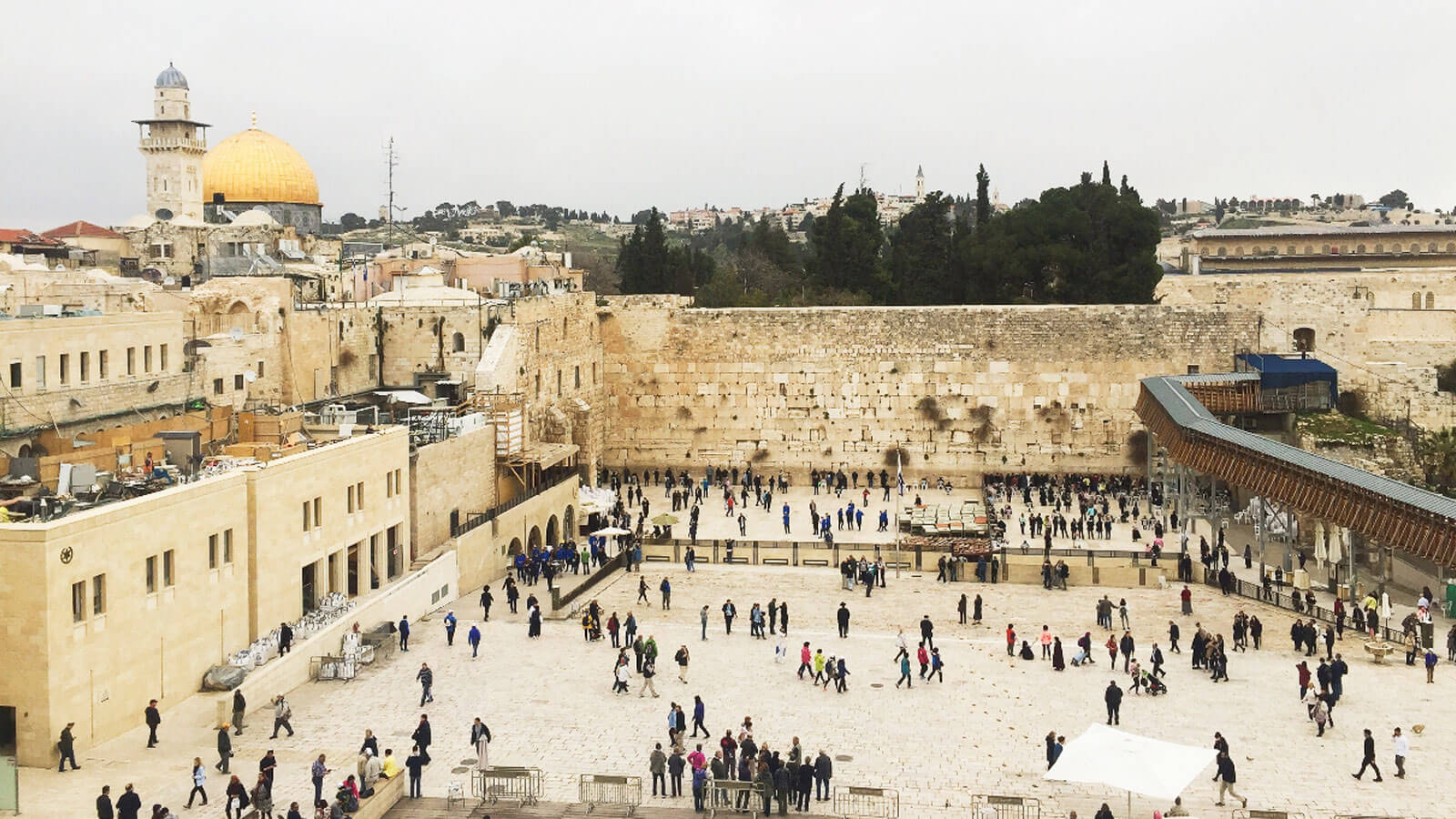 Reflections on the Discover Israel Trip

“So the Lord scattered them from there over all the earth.” Genesis 11:8, Hebrew Bible

With the Discover Israel course over, we returned to our hostel to pack our bags and go our separate ways.

Unlike the usual excitement and relief that followed the conclusion of most of INSEAD’s intense courses, the trip left us reflective, sombre, and most of all, grateful for what we had just experienced.

For a five-day elective, we left having learned so much. The barrage of events, consisting of meetings with entrepreneurs, a tour of Jerusalem, and networking with alumni among other things, while tiring, was an unforgettable experience. For some of us, it was undoubtedly the highlight of our year at INSEAD so far.

There were 37 of us in total (along with a few stowaways) who participated in the trip. We had nearly no overlap in ethnicity, culture, or native language, and yet our reflections over the preceding week were strangely aligned; Israel, it seems, impacted us in the same way. Ziv Carmon, our amiable Professor, chose to end the course with a class discussion on our thoughts on Israel. Several themes kept making an appearance: the tenacity of the Israeli people; companies’ sense of social responsibility; the country’s admirable, yet controversial, struggle to keep its existence. 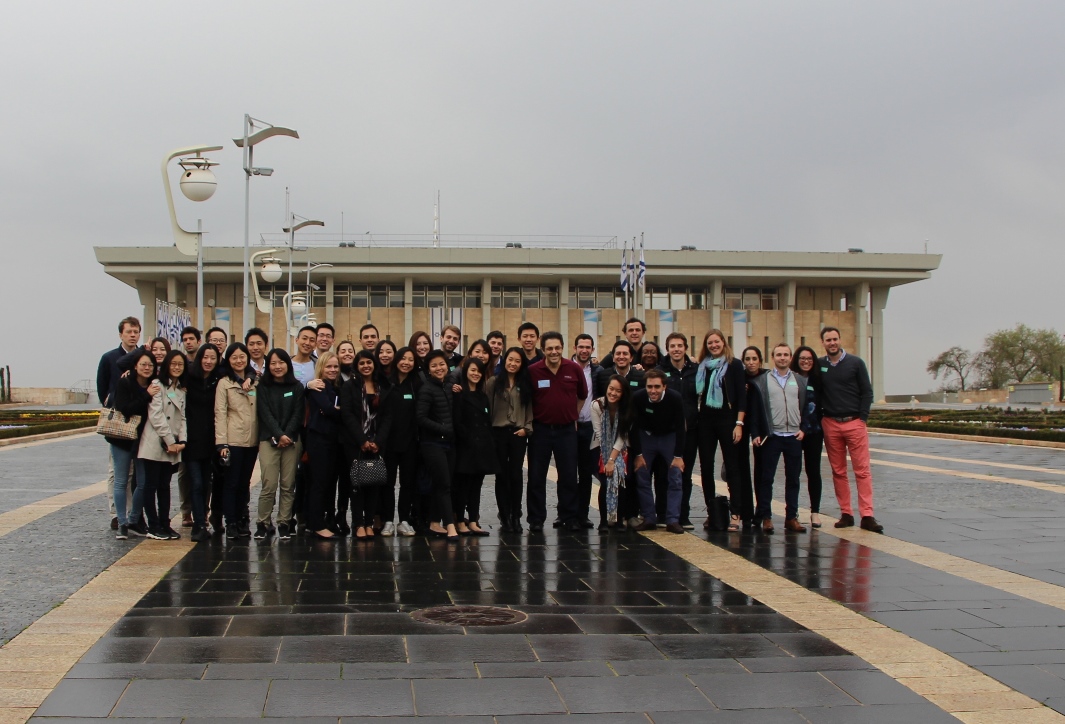 “For a righteous man may fall seven times and rise again, but the wicked shall fall by calamity.” Proverbs 24:16, Hebrew Bible

One of the first things that struck us early on in the trip was Israel’s ability to not only survive, but flourish in conditions that would ruin most countries. The Start-Up Nation, as it is often called, is a breeding ground for tenacious entrepreneurs who see failure not as a shame but rather as a badge of honour. This attitude towards adversity has led to the creation of thousands of Israeli start-ups every year, often operating in the most cutting-edge fields. Most of them fail, of course, but to the Israelis, it is the journey, and not the destination, that matters.

The government, too, is uniquely supportive of the country’s penchant for rising to a challenge. Dr. Yehoshua “Shuki” Gleitman, the former Chief Scientist of the Israel Ministry of Industry and Trade and one of the course’s first speakers, known fondly as the “Father of Israel’s Tech Industry”, emphasized the reason for Israel’s entrepreneurial success. It is the government’s view on risk, he said, that drives innovation. Whereas most governments shy away from companies still in-vitro, Israel instead embraces them because it knows that some will grow into disruptive start-ups. By investing in speculative research rather than in safe certainties, Israel is able to keep moving forward in the face of ongoing strife. 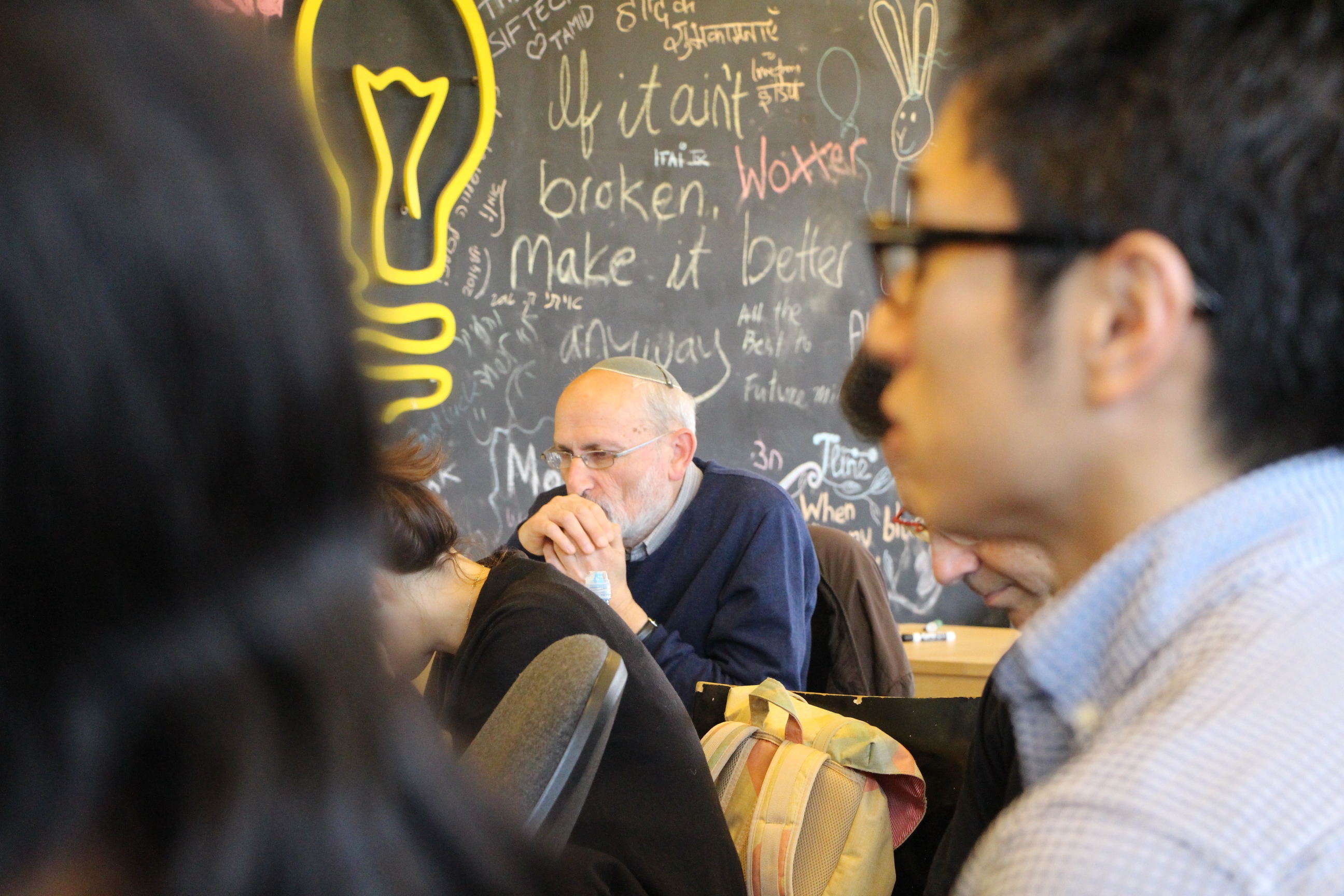 “But seek, through that which Allah has given you, the home of the Hereafter; and yet, do not forget your share of the world. And do good as Allah has done good to you.” Surah 28:77, Qur’an

Another observation we had was the Israeli entrepreneurs’ commitment toward making a positive impact on society. Whether it was Orcam’s amazing wearable technology, Dr. Shoseyov’s ground-breaking research on plant cell modification, or Mr. Levine’s simple desire to eliminate traffic problems with Waze, Money, it seemed, did not enter the entrepreneurs’ minds at all. Mr. Shwed, the founder of Checkpoint, for example, would never come across to anyone as a rich man unless you knew his IT security company was being publicly traded for $17 billion.

The altruistic nature of the companies we visited was somehow embedded into the DNA of the start-up scene in Israel. Perhaps it was there due to the turbulent past the Jews of Israel had faced in their long path towards re-establishing a state of their own; the gratitude they felt toward having a homeland once again was reflected unto the companies they founded. We, the visitors, felt that gratitude ourselves when we joined the entrepreneurs in their offices. They were happy to have us, patient in answering our many questions, and even asked for our help at times. Part of their sustained success can certainly be attributed to this free flow of giving and receiving.

No academic visit to Israel could be considered complete without some exposure to the political controversy that surrounds the country. We acquainted ourselves with this aspect of the trip by meeting with Minister of Construction and former Commander Yoav Gallant, former Parliament member and Intelligence Officer in the revered Unit 8200 Einat Wilf, and by simply talking with our Israeli classmates. There was an overarching opinion that seemed to echo through them all: Israel wants peace within the Middle East but does not see it coming in the near future. It therefore must keep its hard-line political stance for the sake of domestic safety but at the expense of its reputation amongst neighbours. Whether or not this is the right view likely depends on which side of the border you find yourself on.

Jerusalem, the capital of both Israel and Palestine, seems to have set the violent precedent for the region by being the stage for more conquests than nearly any other city on Earth. And yet, Jerusalem now houses four distinct quarters (Jewish, Muslim, Christian, and Armenian) that exist in a state almost akin to harmony. Could the internal situation of Jerusalem be setting a new trend for the external transformation to follow? The answer for the time being seems to be “no.” However, there have been some, albeit rare, cases of sustainable cosmopolitan pockets, INSEAD being one such example. The situation in Jerusalem and the Israel-Palestine conflict may not resolve themselves any time soon but that doesn’t mean things can’t slowly change. Thirty-seven of us left Israel having taken with us a more profound understanding of the country - business, politics, and all – to apply wherever we go next. If others are as open to discovering what is on the other side of the wall, there may someday be no need for a wall after all.

1346
How I chose my electives at INSEAD (and how you can choose yours!)
MBA
Read the blog