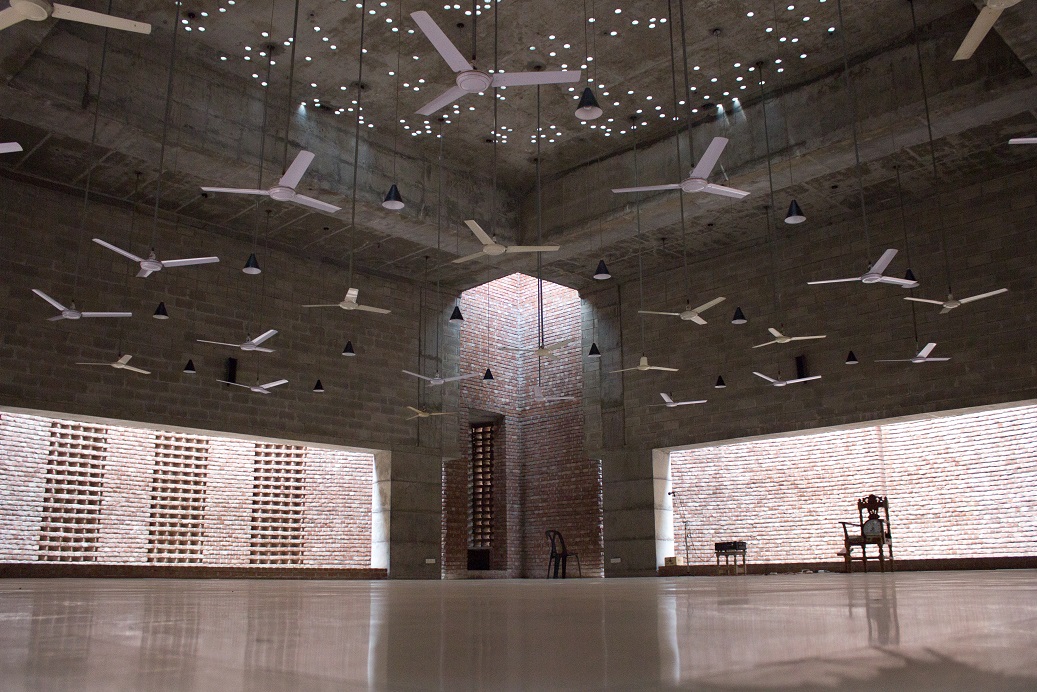 We were born in the same townhouse in Chicago, but we never got along as children. My cousin was nine months older and was always taller, fairer, and prettier. She was popular everywhere she went. As a young adult, I based my entire identity on everything she wasn't - she went away to NYC for college, so I went away to Boston. Neither one of us ever attempted to see each other during those years, despite the short distance between the two cities. If someone had told me back then that I would take a five-hour flight to go see her, I would have never believed it in a million years!

Twelve years later, here I was thousands of miles away from home, counting down the days to travel from Singapore to spend the weekend with her in Dhaka, Bangladesh. Breaking old boundaries and outgrowing patterns is a common occurrence at INSEAD, but I had never imagined that it would birth new relationships in this way. Seeing my cousin was the antidote to the homesickness I was experiencing three months into the programme.

I arrived at the departure gate and saw that all the other passengers on my flight were men. I put my things down on a chair and pull out a shawl to cover my bare shoulders – not because I felt obligated, but just to feel a bit more comfortable. I had done the same thing among Buddhists in Myanmar and among Muslims in Afghanistan, so this was no different.

My cousin had already planned the entire weekend for us. On Saturday, I delivered a brief talk, titled Sufi Poetry: A World of Patterns, for World Speech Day in the Ismaili Jamatkhana and Center, for roughly 60 attendees. Then we did the usual expat things in Dhaka: shopping, Thai massage, and lastly, a splendid dinner party in my honor. She introduced me to her group of 30 friends, who knew me as the host's cousin - Sabrina - the poet.

A poet studying at INSEAD - the #1 MBA school in the world. Just take in this statement for now and we’ll revisit it at the end of the post. ;) As it turns out, wearing the poet identity at a dinner party is much more fun than wearing my usual marketing consultant identity. I had some of the most interesting conversations with a group of well-traveled and well-read people who really stretched my thinking. I met people who don’t like Trump, but can still make sense of what he’s doing. I also met people who, like myself, think about what it means for them to live a “good life”, which is exactly what I am thinking about as we reach the half-way point at INSEAD. What are my non-negotiables? What makes me truly happy? What enriches my life?

For Sunday, my cousin had planned a visit to Bait Ur Rouf Mosque. She had never been there before. I quickly Googled it and was unimpressed. I was tempted to ask if we could visit a different (i.e. a nicer) mosque instead, but I stopped myself. We drove through the slums of Dhaka and at some point, we had to leave the car and driver behind. We walked through narrow streets, looking down at each step, and carefully avoiding the muddy puddles. We asked the locals for directions to the newly-built mosque and finally arrived at a monumental structure that looked nothing like its surroundings. 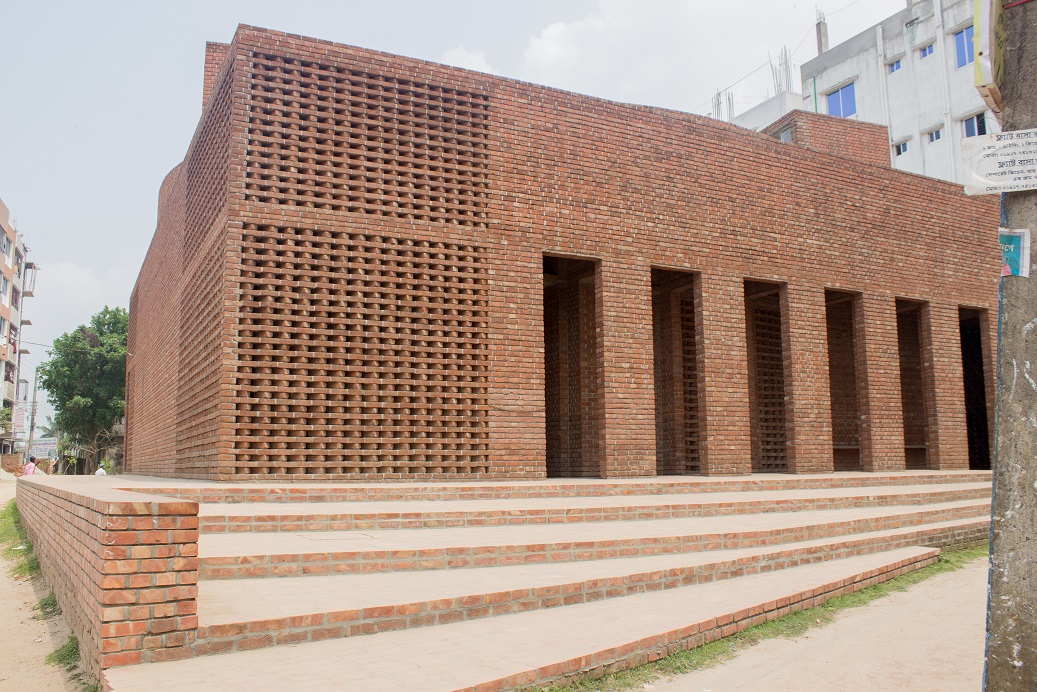 As I stepped inside, seeking refuge from the blazing sun, for the first time ever, I was less focused on capturing that one amazing picture and more on the internal shift I was experiencing. I ran my fingers along the walls to feel the air circulating in between the bricks. My cousin explained that the mosque was designed by an award-winning architect under strict financial constraints and that the bricks were placed in this unusual way to ensure natural light and air circulation, thereby minimizing operational costs. 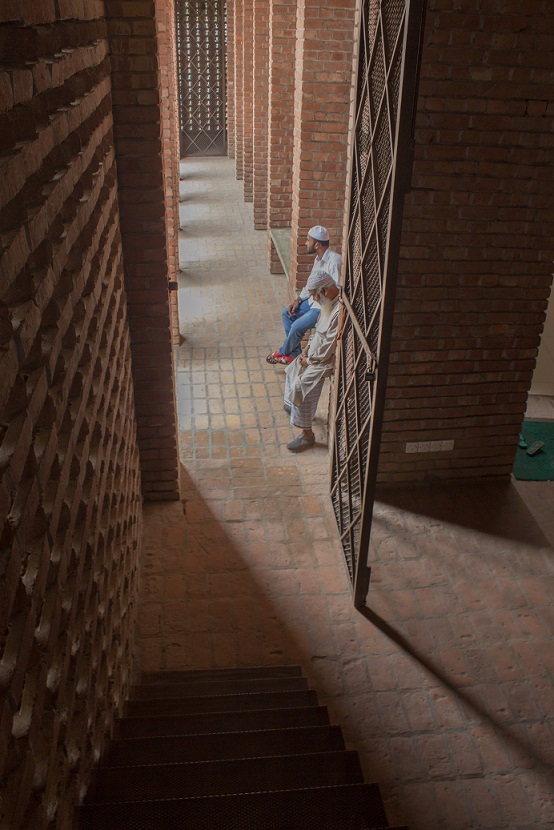 I was in awe of its simplicity and functional design. This is one of the best examples disciplined creativity. It’s easy to create great structures with endless resources. But because this mosque was built under financial constraints, it serves as much more than a house of prayer – it is a story of possibility that is forever linked to the structure, which serves as a beacon of hope for the surrounding community.

Journeying to the mosque was much like journeying into the past; I was uncertain as to what I would find and whether it would live up to my expectations. In both instances, I discarded old perspectives in exchange for something immensely more valuable – a renewed relationship with my cousin and a renewed way of examining congregational spaces. And none of this would have happened if I wasn’t a poet studying at INSEAD.

As we hugged to say goodbye, both of us had tears in our eyes. I’m still unsure what it was that made us cry, but there is an undeniable link between us. For me, she served as a home away from home. I am forever grateful for the two days with my cousin and her family in Dhaka, and the brief moments of pure emotion, renewal and reflection, which will carry me through the next few months at INSEAD. 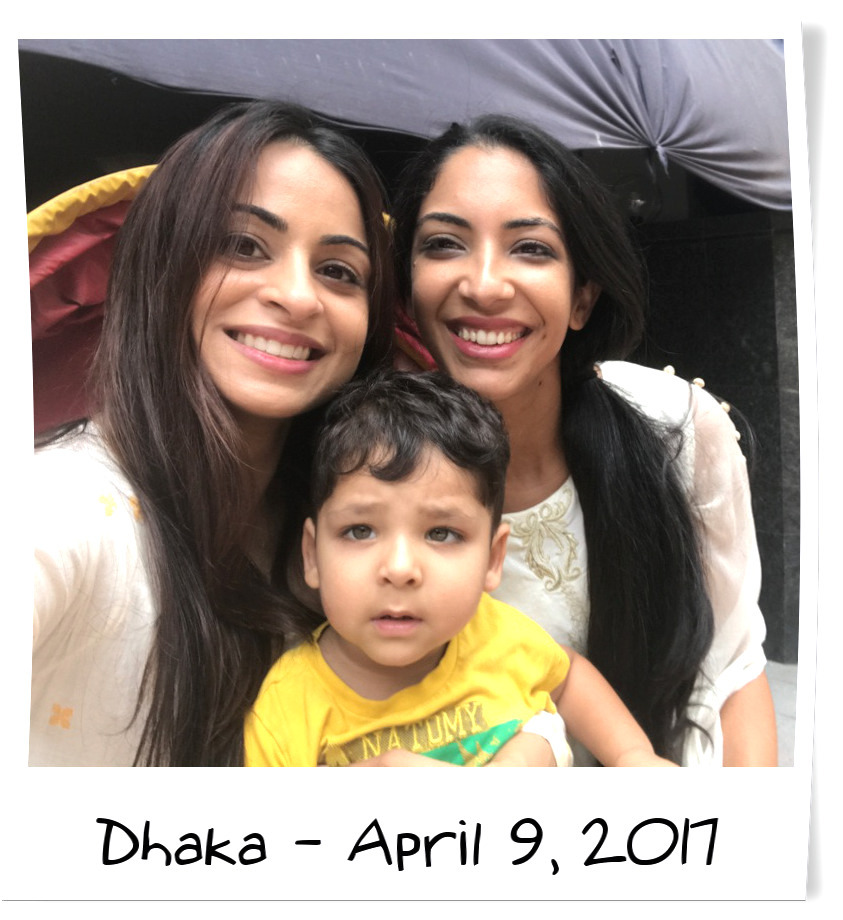 What Can Make or Break Your MBA Experience?
MBA
Read the blog