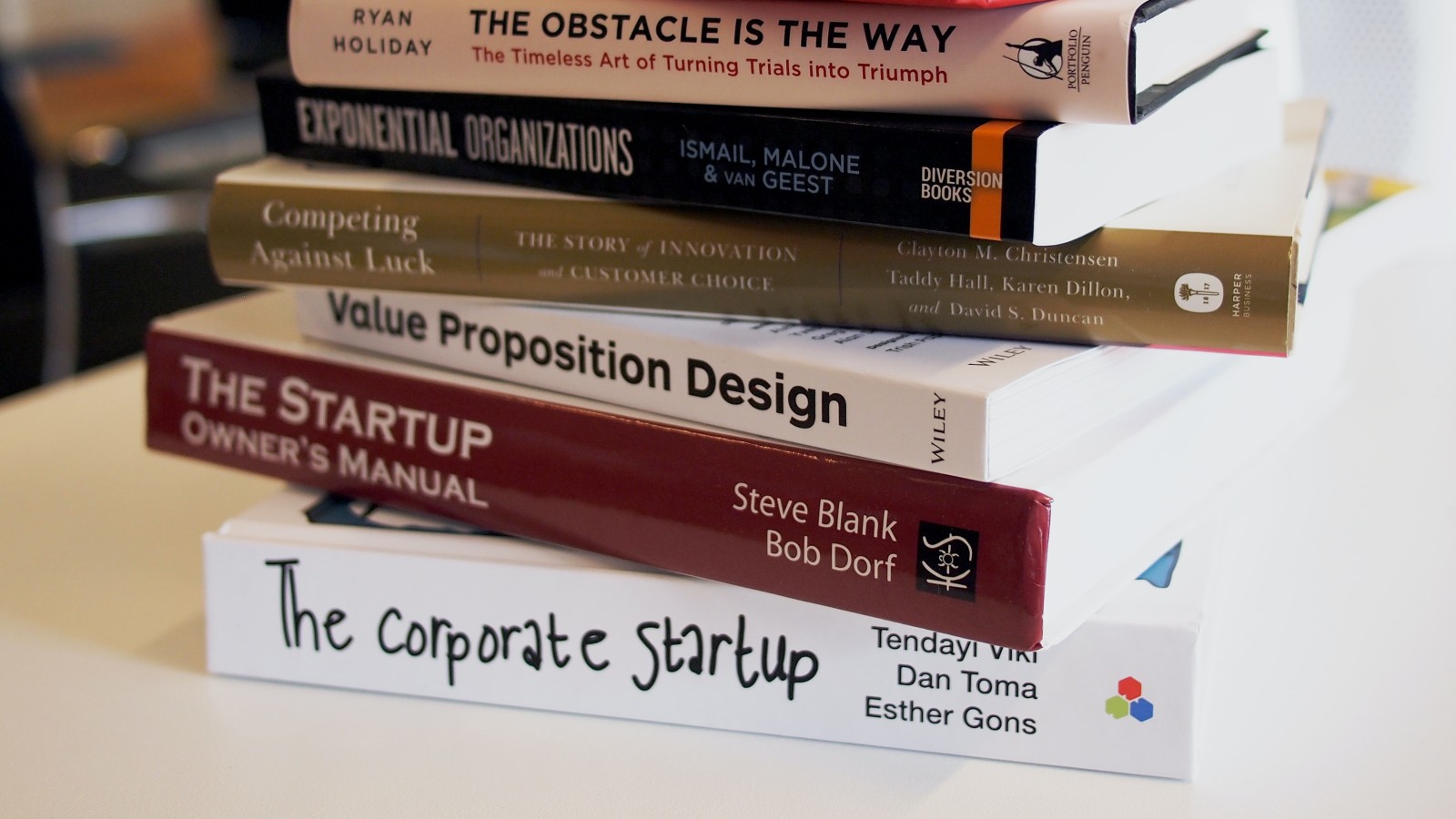 At INSEAD, we learn how business can be used as a “Force for Good”. With a strong interest in entrepreneurship and a dream to have a start-up ourselves someday, my classmate, Gijs Wilbers, and I, Manasvi Srivastava, wanted to discover how entrepreneurs are using technology, particularly in the financial world, to disrupt the industry and positively impact society.

We knew we wanted to explore Fintech, but we still needed to pick a region to travel to. After some initial research, we arrived at a somewhat surprising travel destination: the Baltics. Despite having only six million inhabitants, and capitalism having been introduced only 30 years ago, the Baltic states have one of the highest number of unicorns per capita in Europe.

In fact, Estonia already has seven unicorns to its name including Skype, Bolt, Wise and Pipedrive. 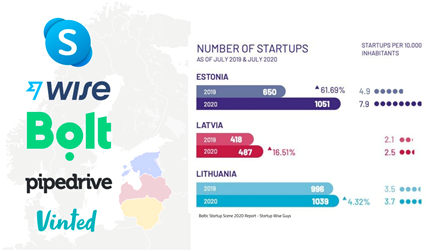 Fintech as a Force for Good

With our industry and region decided, we pitched our tour titled “Fintech as a Force for Good” to INSEAD and received funding to make this dream tour a reality. Our summer tour to Estonia, Latvia and Lithuania lasted four weeks and we met with 50+ entrepreneurs, VCs and policy makers to get a 360-degree understanding of the booming start-up scene in the Baltics. In this article, I will try to cover the conversations with visionary founders who are making a positive impact with their start-ups and our key takeaways and insights from the tour.

One of the first people we met in Estonia was Marek Unt, Chief Marketing Officer at Grünfin, a start-up built on the vision of enabling customers to build their own sustainable portfolio and invest based on their values. With a focus on transparency and sustainability, Grünfin is targeting a growing section of households that are looking to make investments that are aligned with their values. 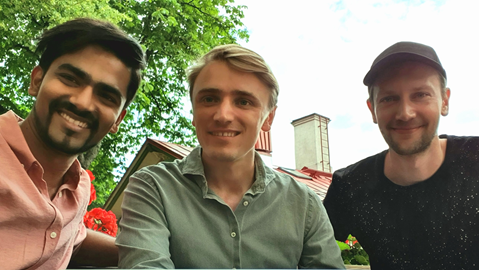 Speaking of sustainable investments, we also met with Justas Kaveckas, CEO and Founder at FOROS, a Vilnius-based start-up that is building a global platform for green investments. Justas talked to us about his bold vision to build a NASDAQ for forests that would offer global investors both a stable investment asset and a means to offset their carbon footprint.

With the rise of value-based investing, it would not be very surprising in fact if the next Baltic unicorn was one focused on sustainable investing. 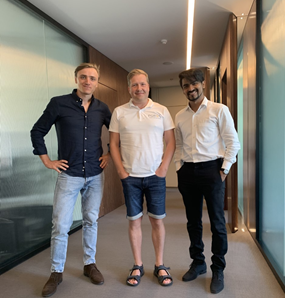 Another visionary founder we met was Taavi Tamkivi whom we met for a coffee and who was in fact among the first 200 employees at Wise. Taavi spoke to us about his start-up Salv, which he founded with the mission to fight international money laundering. Having spent years leading the fraud and KYC divisions at Wise and Skype, Taavi decided to put his years of experience to build an AML start-up on the principle of “Collaboration – across institutions, across national borders and legal jurisdictions” to assemble the necessary intelligence. His goal is to put an end to criminal activities that are funded by money laundering, 99% of which still manage to elude the existing legal and compliance frameworks. 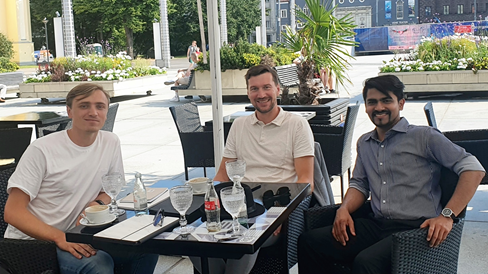 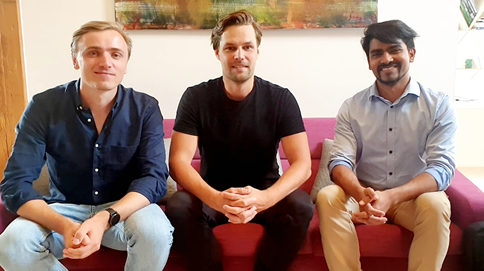 Speaking to founders and venture capitalists gave us an understanding of the vision and drive propelling the private sector in the Baltics. But to get a comprehensive view of the region’s start-up scene, we wanted to speak with everyone involved with start-ups – including start-up organisations, policy makers and even the Lithuanian Central bank.

A lot of the growth in the region has been supported by the government's vision and facilitated by local start-up organisations. This vision has also found strong support in the broader venture capital industry, which can be seen from the fact that the total venture capital invested in the country rose from USD 2.2 billion in 2007 to over USD 40 billion in 2019.

To understand this side of the start-up scene, we spoke with Andres Sutt, the Estonian Minister of Entrepreneurship and Information Technology, who told us how keeping alive an entrepreneurial spirit of risk-taking and having a global mindset will be crucial to the success of start-ups in the decade to come.

Furthermore, we had an interesting conversation with Sander Sillavee, from Start-up Estonia, who told us about their mission to push the contribution of local start-ups to Estonia’s GDP from roughly three percent now, to 20 percent by 2030.

Another interesting conversation we had was with Marius Jurgilas, board member of the Bank of Lithuania, who explained to us how the Lithuanian Central bank pioneered the way for use of a ‘sandbox’ for fintech innovations, and how this practice is now being replicated across EU to enable the disruption we’re seeing in the Fintech space.

Towards the end of our trek, we had a deeper understanding of which factors allowed the Baltic states to thrive: a close-knit system of entrepreneurs, angels, VCs, accelerators, and forward-thinking policymakers definitely enabled this. Furthermore, the big success stories that took place in the Baltics formed a snowball effect throughout the region. Many of the entrepreneurs we talked to were former employees of Skype, Wise and or Pipedrive, and were therefore well positioned to build a successful start-up.

Finally, something unique about the Baltics that we noticed in our conversations was this deep sense of pride and responsibility in building prosperity for all sections of the society, and finding success in sustainable progress that impacts every corner of the Baltics. And that was perhaps our biggest learning from the tour: A purposeful focus to disrupt the financial world combined with a commitment to sustainable and equitable progress can lead to immense prosperity and loads of successful start-ups!

We hope you enjoy this video, where we summarise our tour and the key insights and takeaways.

Manasvi grew up across diverse geographies including Russia, and North and South India. He immensely values the growth that comes from new experiences, which inspired him to pursue an international career that has ranged from leading licensing negotiations in the consumer electronics industry in Japan to driving cloud transformation projects in the automotive sector in Sweden. He has also founded and sold his own startup in India. His experience as an entrepreneur and his curiosity for new cultures motivated him to undertake the Summer Startup Tour in the Baltics

549
Startup Bootcamp: A Glimpse of the World of an Entrepreneur
MBA
Read the blog