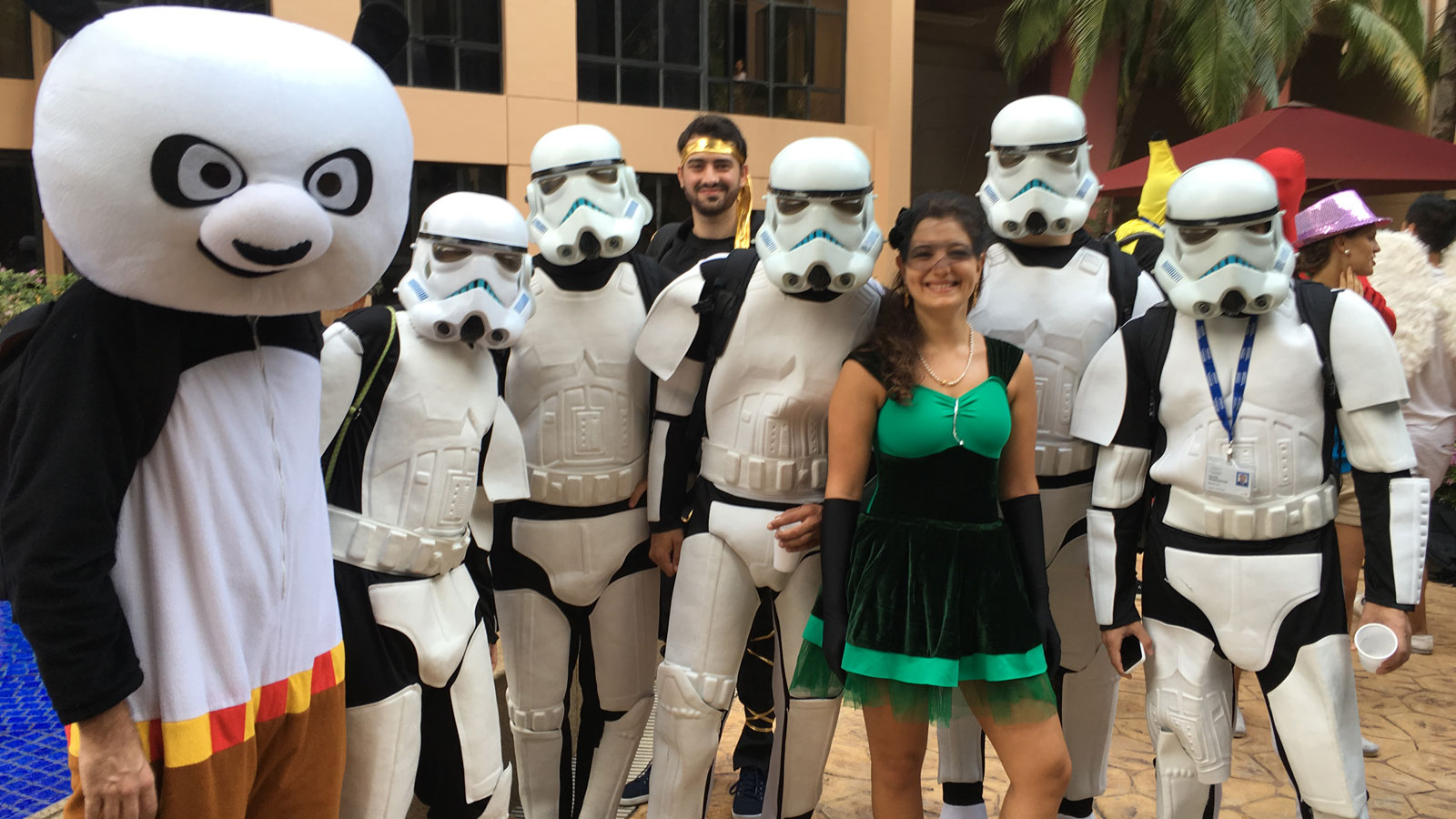 Out of all of the INSEAD slang words, “DASH” was one of the terms I learnt way before I even applied. A friend who was studying at INSEAD was telling me about all these amazing things that were happening at the #1 Business School in the World (not officially #1 then, but that’s irrelevant for the case). “…and then there is a day that we all go in costumes to school, and everyone is disguised even in classes and it’s super fun and blah blah”. But what is DASH after all? Does everyone really go to school in costumes? Yes. Even the future CEOs of the best European companies? Yes. Dressed like Peter Pan, Super Mario or grumpy old ladies? Yes.

Hearing that everyone dresses up and goes to school in a costume was enough for me to start thinking about what I was going to wear. I just learnt yesterday though, what DASH really is. 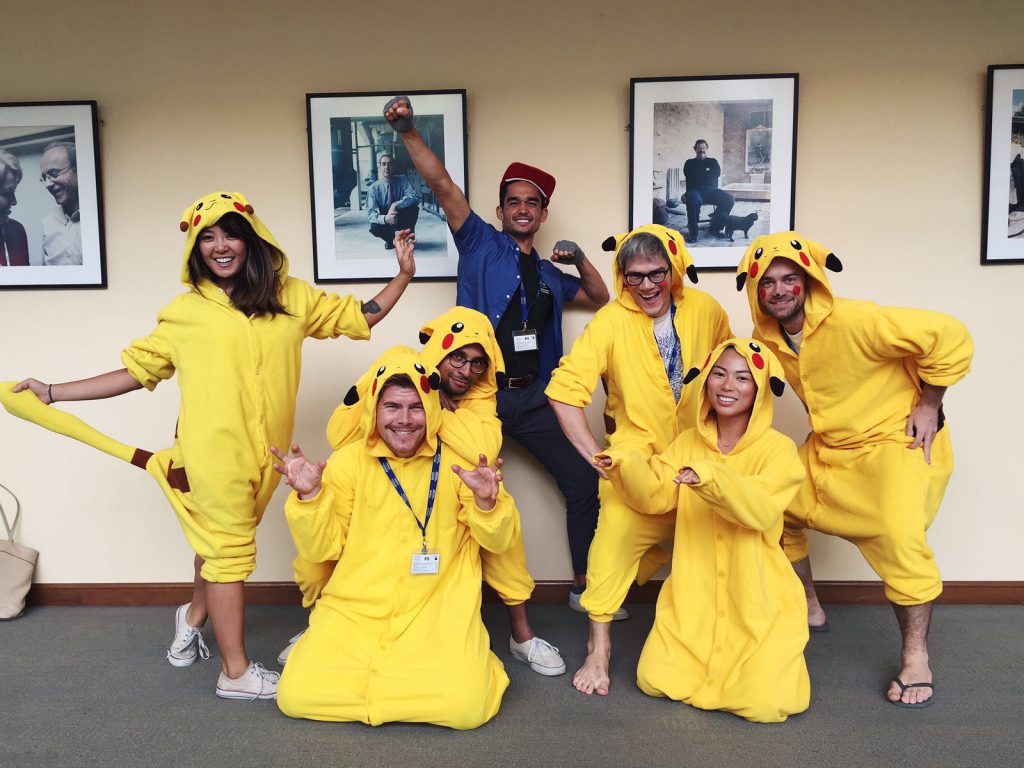 So DASH started in 2001 as a race from Heritage/Dover (the condominiums where 90% of the students, and apparently several professors, live here in Singapore) to campus. The race would start at 8:27am for classes that start at 8:30am and any means of getting to campus were allowed. As a reference, the campus is a 10-minutes fast walk from these condominiums, so this proposition was bold. Well, legend says that after some very competitive editions, it was decided to turn it into something safer and more inclusive by transforming it into a fancy dress event and not a competition to get to class on time (which honestly we do every single day).

At 7:30am this morning, a big crew was already gathered by the pool at Heritage to do the traditional walk to school, which obviously catches a lot of attention from everyone around, as they are wondering who these crazy people are, doing this parade on a random Thursday. At 8:28am (Swiss Train Policy) everyone was seated in class, in their fancy dresses with new name tags as if this was just another normal day at school. Classes ran as normal, with the exception that sometimes the professor would call for Iceman or Popeye or the Angry Granny and they would be lost for three seconds and then realised “Ah, you’re talking to me”. 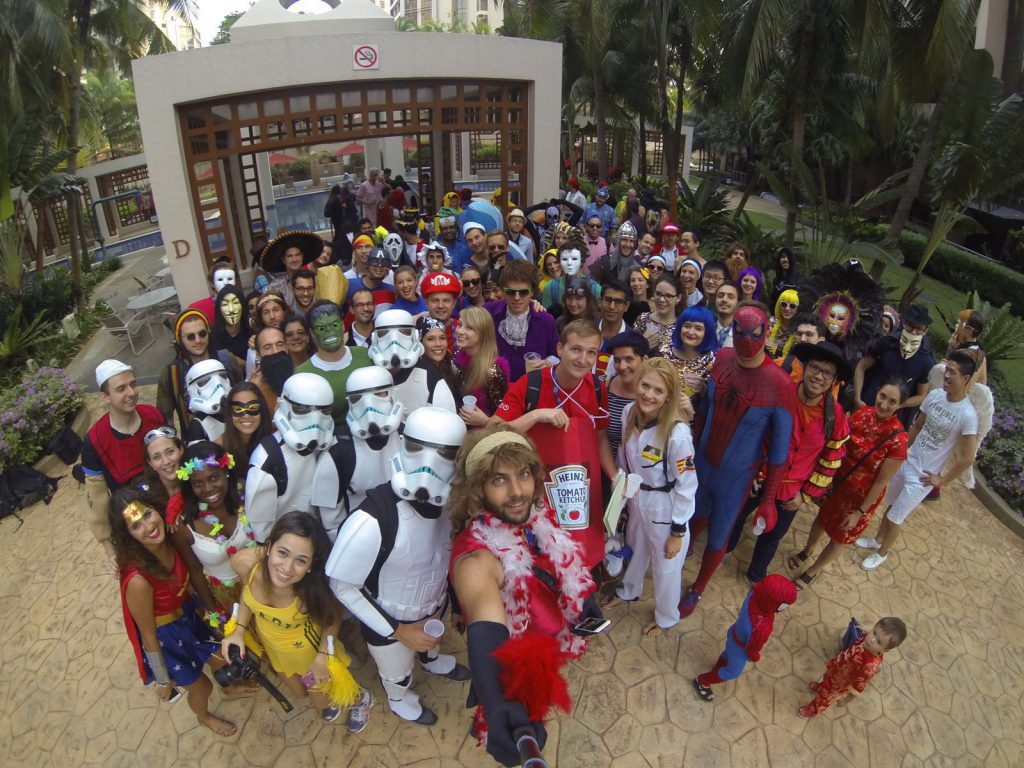 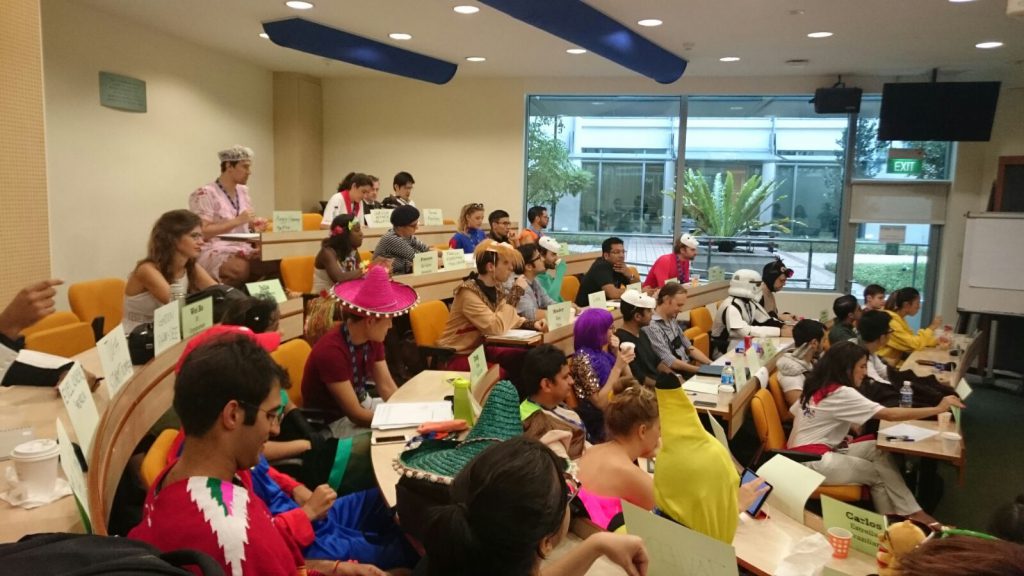 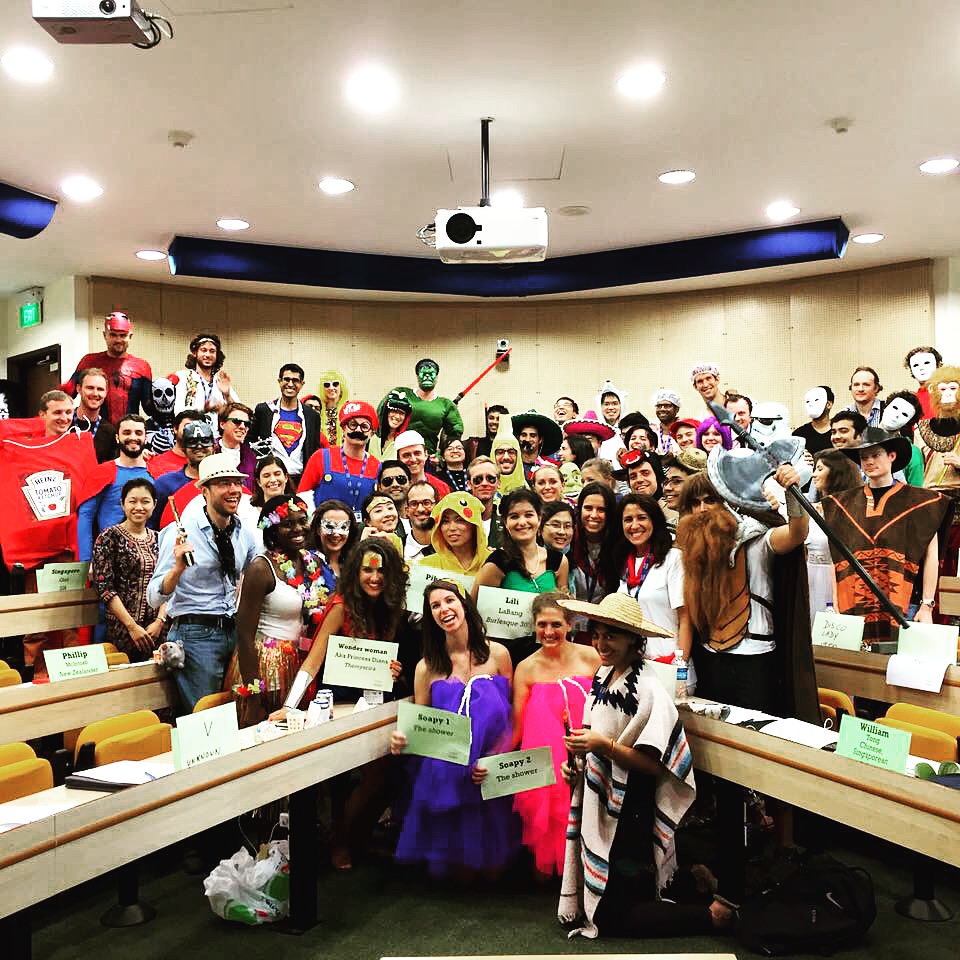 There were some amazing costumes today and everyone was in such good mood, while still working hard since we had classes all day long. And while it was true that being in a costume made it slightly harder to move around in some cases, it certainly makes work a little bit easier, a lot more fun and most importantly it certainly bonds us (even more) together. INSEAD has given us yet another awesome day that we will never forget.

“Fortune favors the bold” is her motto and yeah, she is quite a lucky girl. She was born 28 years ago in Porto, a lovely seaside Portuguese town, within a happy and ordinary family. And isn’t that a great privilege? She is very grateful for this and takes it more as a responsibility. She never settles and is always looking forward to push her limits and defy her boundaries both in her personal and professional life. Her greatest passion is traveling, which she does mostly solo, and writing about it is her way of experiencing life with all the senses. She dances to clear her mind and body and uses music as an inspiration for her life. But what she actually values in life is being, and getting to be a better version of herself everyday. And one day she intends to give back to the world all of the great things the world has given her.

And Liftoff
MBA
Read the blog

504
The Art of Losing
MBA
Read the blog