Students with kids have a special bond – even if we go to fewer parties! 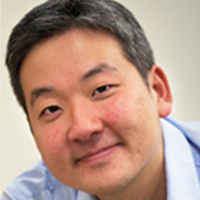 Why did you decide to pursue an MBA at INSEAD?

I felt there was a huge potential to solve public-sector issues and global challenges using business methods. And I was attracted to INSEAD by the idea that it would be a little bit like the UN! I wanted to have classmates from developing and emerging countries, as opposed to building a not feasible not feasible network centred on the developed world.

What were the main surprises when you arrived?

Most of all, that there were a lot of other people who were knowledgeable about the public sector – I’d thought I’d be the only one. Also I was surprised by how international some of my classmates were. Growing up, I lived two years in the UK and the US, and a year in Hong Kong and Ireland respectively. I speak English with a little bit of all those accents. But there are people here who make me feel mono-ethnic! In the end, INSEAD turns out to be much more diverse than the UN or UNESCO. Everyone there is a diplomat or expert in education. Here there are many, many different career backgrounds.

Was is difficult at the beginning to come to INSEAD from a non-business background?

Not really. I thought finance and accounting would be very hard. But once you get the framework, everything falls into place. On the other hand, I thought marketing and strategy would come quite easily. But I ended up discovering new depths, which is actually harder than learning new concepts.

What is your favourite class so far?

It’s an elective called Strategy for Product and Service Development. I’ve learned so many important transferable skills from it. The professor even made us go to Fontainebleau market to observe customers, in order to develop a new service. There’s a lack of service thinking throughout the public sector, which is something I’d eventually like to help change.

What are your career plans now that you’ve nearly completed your MBA?

Ultimately I’d like to work in international development. But I still have a lot to learn, so plan to go into strategy consulting first. Most of the main consulting firms recruit on campus, which makes the job search process much easier.

What extra-curricular activities are you involved in? How have they been of benefit?

There’s so much going on at INSEAD that it’s just not feasible to do everything you’d like – especially if you’re a parent like me. The experience has taught me to prioritise and extract the most from the activities that I can do. I was very involved in the Korean national week and several clubs, especially INDEVOR (social impact) and Consulting Club. But I’ve probably been most involved with the other students who have kids. We have a special bond – even if we go to fewer parties that the others!

How has INSEAD supported you as a parent?

INSEAD has been very supportive – providing family rooms on both campuses, full of toys and activities, which we’ve used a lot. My one-year old daughter is having a great time. Since we’ve been in Fontainebleau she’s become old enough to appreciate her “Future MBA” security badge, which she tries to use on campus to open doors. And opening doors is exactly what the INSEAD MBA does.

Tags
MBA
Why INSEAD
Why MBA
INSEAD with children 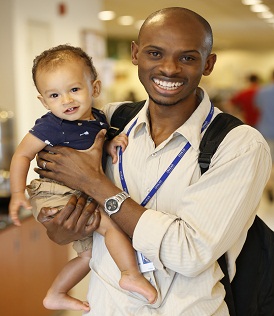 With classmates and faculty from all corners of the globe, the learning experience is remarkable.
Osen Iyahen
MBA
Read the testimonial
1110

Make an effort to mingle with people in the INSEAD community.
Carlos Ignacio Velasco
MBA
Read the testimonial
1112