Is an MBA Worth It?

What are the benefits of investing in an MBA? Does an MBA really value-add to a person’s career, especially for women?

Whether it’s founding environmental NGOs, starting nation-wide education initiatives, or helping other women with their entrepreneurial dreams, INSEAD’s women alumnae are doing it all. But even so, the number of women in top positions across the world remains a fraction that of men. “While it’s normal for women to be business leaders in Vietnam,” says Tu Ngo — founder of Yola, Vietnam’s biggest English learning platform — “there is always an expectation that she will also support her husband and family, and put her spouse before her,” she says. “To put it simply, a man is happy reading about women at top professional positions, as long as she is not his wife.”

Women who empower others

This is the cycle she wanted to break, and after finishing her education at Stanford University, California, Tu Ngo chose an MBA as her next step. In 2014, barely six years after she started Yola, she was ranked by Forbes magazine as one of the 30 under 30 in her country, and counts over 10,000 Vietnamese students in her programmes. “It was intense,” she says about one of her courses at INSEAD. “For two weeks, I acted as CEO of a company that we, the team, had to turn around. It gave me the confidence to take on challenging organisational problems." Tu’s insight into Vietnamese society makes a strong case for women to advance more boldly into what has traditionally been a man’s space. 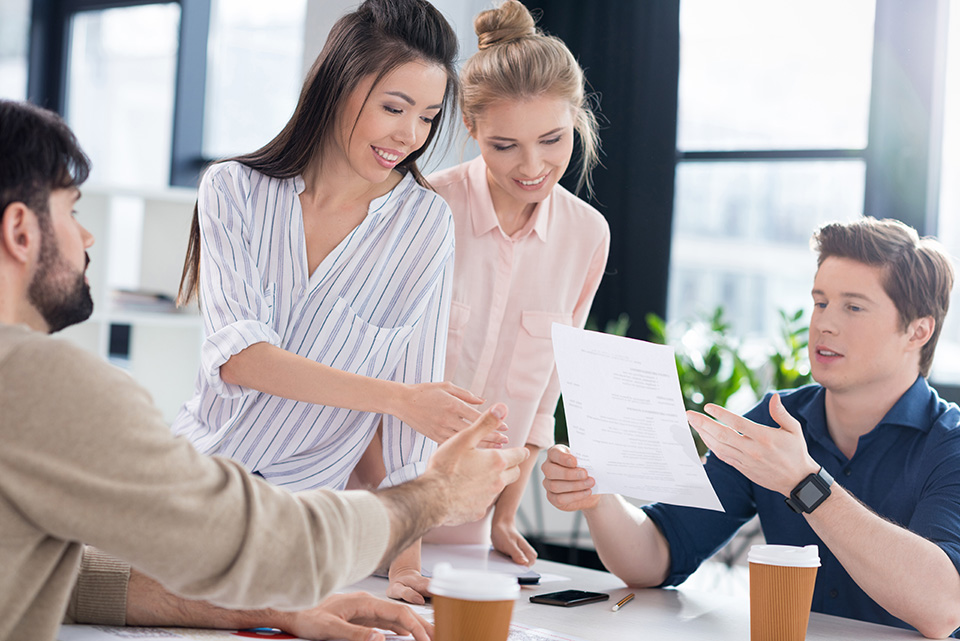 In London, Ophelia Brown founded Ambitious Ladies in Tech (ALT) in 2016. It is a mentor network that endeavours to help women in technology start-ups achieve their career goals. “I guess my career trajectory would have been very different had I not done an MBA at INSEAD,” she says. Today, Ophelia has garnered over 150 senior executives from some of the world's leading technology companies like AirBnB, Deliveroo, Facebook, FarFetch, Google, and King on ALT’s panel of mentors. This is the way in which she is seeking to bring women to the forefront of the tech revolution. “I chose INSEAD because it has a strong reputation for entrepreneurship and its international student base,” she says. “All the alumni I spoke to before I applied couldn’t have spoken more highly of the programme.”

“It changed the way I thought.”

A world of perspectives

The common thread that runs through these success stories is the multicultural, global experiences these women were exposed to at INSEAD. “It changed the way I thought,” says Zornitza Hadjitodorova, who founded Our Breathing Planet (OBP) — an NGO that seeks to inspire positive action on climate change — in 2016. “I wanted to be part of an international network of capable people from many different backgrounds,” she adds. She had originally planned to go to Yale to get a Masters in Environmental Management, but opted for an MBA instead. “I’d spoken to many INSEAD alumni, and wanted to be part of the experience they spoke about so passionately.” She remembers her classes being fun and informative. ”If you’re hungry for knowledge, INSEAD gives you a feast,” she adds.

However, it may be argued that founding NGOs and start-ups can be done without an MBA. So why invest in one? The simple answer would list the positive aspects of having an internationally coveted business degree on your resume, followed by the exposure and network you build while studying there. But if you’re already in a top position, how does an MBA add to that? For Abu Dhabi-based Haif Al Hammadi, who already held a private equity job, her INSEAD experience was more transformative than simply earning a degree. “My choice to do an MBA was the next step after I have spent five years working. I wanted to grow as a professional as well as personally, and the time was right.”

The courses she opted for were mainly financial, she says, but also dabbled in entrepreneurial ones in the later part of her year, which helped her to start a business with her husband four years later. “It was the idea that I could take courses just to try them out that led me to move away from my comfort zone, which was finance,” she says. Today, she is the Project Manager at the Abu Dhabi National Oil Company (ADNOC), where she leads a multicultural team that oversees new initiatives. Her work at ADNOC also ties her in with the larger developmental agenda within the country, putting her at the forefront of the new wave of women making their presence felt in a society thought to be conservative for decades. “In the last five years, there has been an explosion of women in higher positions across the United Arab Emirates (UAE). For example, Dr Amal Al Qubaisi, who is the leader of the Federal National Council. About one-third of the UAE’s cabinet members are women.” In fact, Haif herself can be seen as part of this positive upswing in the region.

Is an MBA worth it?

“As long as you are sure of what you need out of an MBA,” says Ophelia, “I would say go for it.” But even if you’re not, like Haif found out, there is the advantage of the network that you build and the perspective you gain. And that expansion, the exchange of ideas, the inspiration that was ignited, have put our protagonists at the top of their fields.