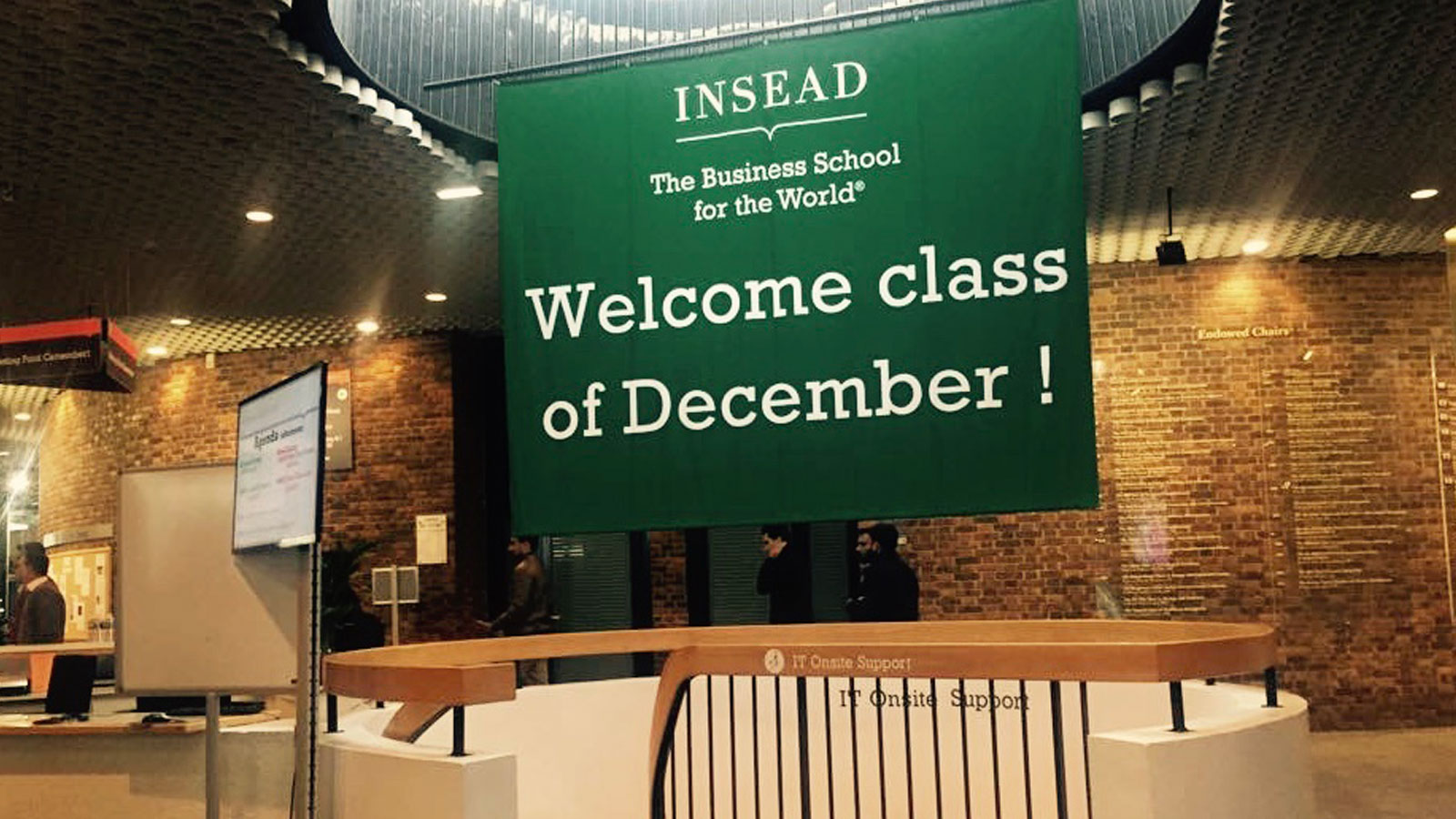 Am I InSEAD? Or a Sense of Belonging

So here we go, the first few days of the INSEAD MBA Programme are over, and it’s time to reflect on whether one did the right choice in joining the The Business School For the World.

Am I truly InSEAD?

But who am I actually? What are my dreams and objectives? What is the story of my life that brought me to the Amphi Doriot? What am I expecting from this year: a career promotion? Unforgettable chateau parties? The award of academic honours of the Dean’s List? The orientation week was thus utterly devoted to identifying our core values and aspirations. Each one of us was encouraged to follow one’s particular path, distinguish herself or himself and avoid “making a dream of the neighbour your own one”. 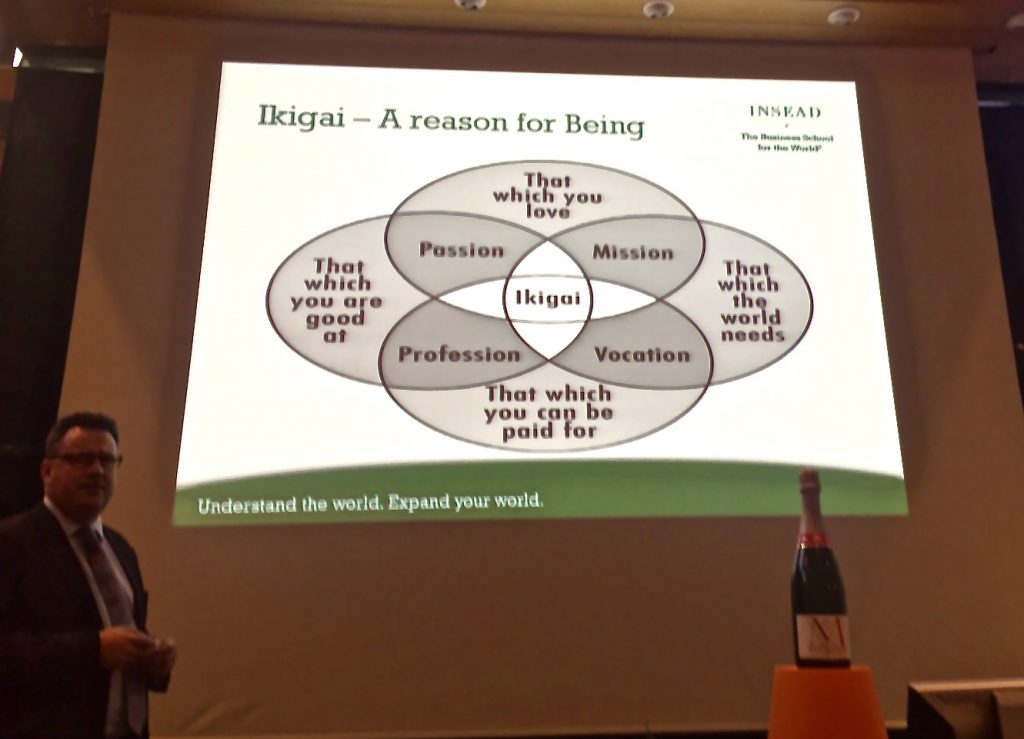 Wow. After having worked in Investment Banking for about four years it was the first time I was told that following my personal dream was considered a Key Success Factor. I was asked not to follow, but to lead. The objective of the MBA course was not to make outstanding consultants or M&A associates from us, but to help to define our utmost qualities and find each one’s Ikigai – the Reason for Being (find an occupation “which you love”, “which you are good at”, “which the world needs” and “which you can be paid for”). I had a warm feeling that I was really in the right place. 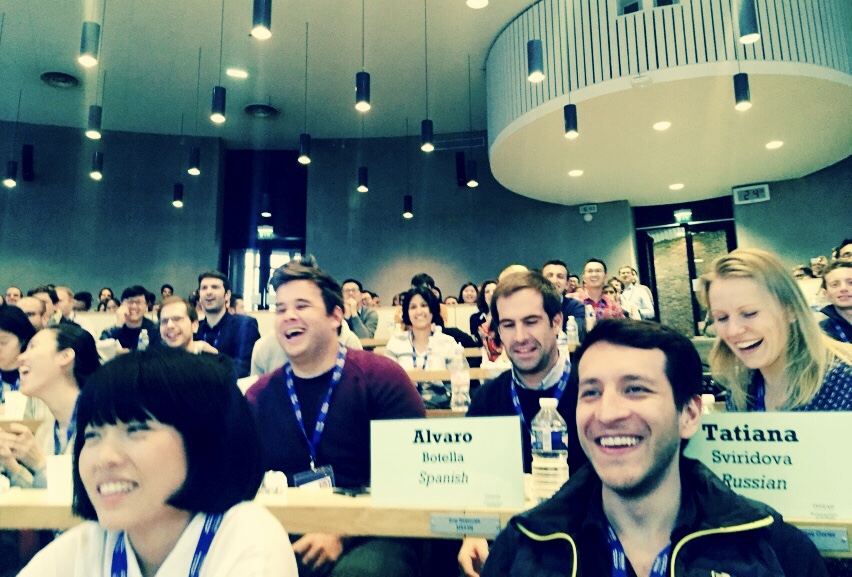 This sense of belonging was further enhanced by the diversity of my fellow colleagues. In spite of all international conflicts and unfairness in the world, INSEAD managed to resemble people who are eager to go beyond prejudices. Having lived in four countries and speaking five foreign languages, I was surprised by the variety of nationalities that students represented. The 16D class happened to be an amazing mix of Russian-speaking Israelis and US-educated Saudis, together with Taiwan-born Canadians and French Chinese.

In order to boost cooperation, the class was divided into small study groups selected by a special algorithm that picked up “incompatible profiles”. It was a pleasure to see how my study group of Lebanese and Greek engineers, an Indian banker and a Jordanian consultant was handling the first task of creating an advert for sober driving! 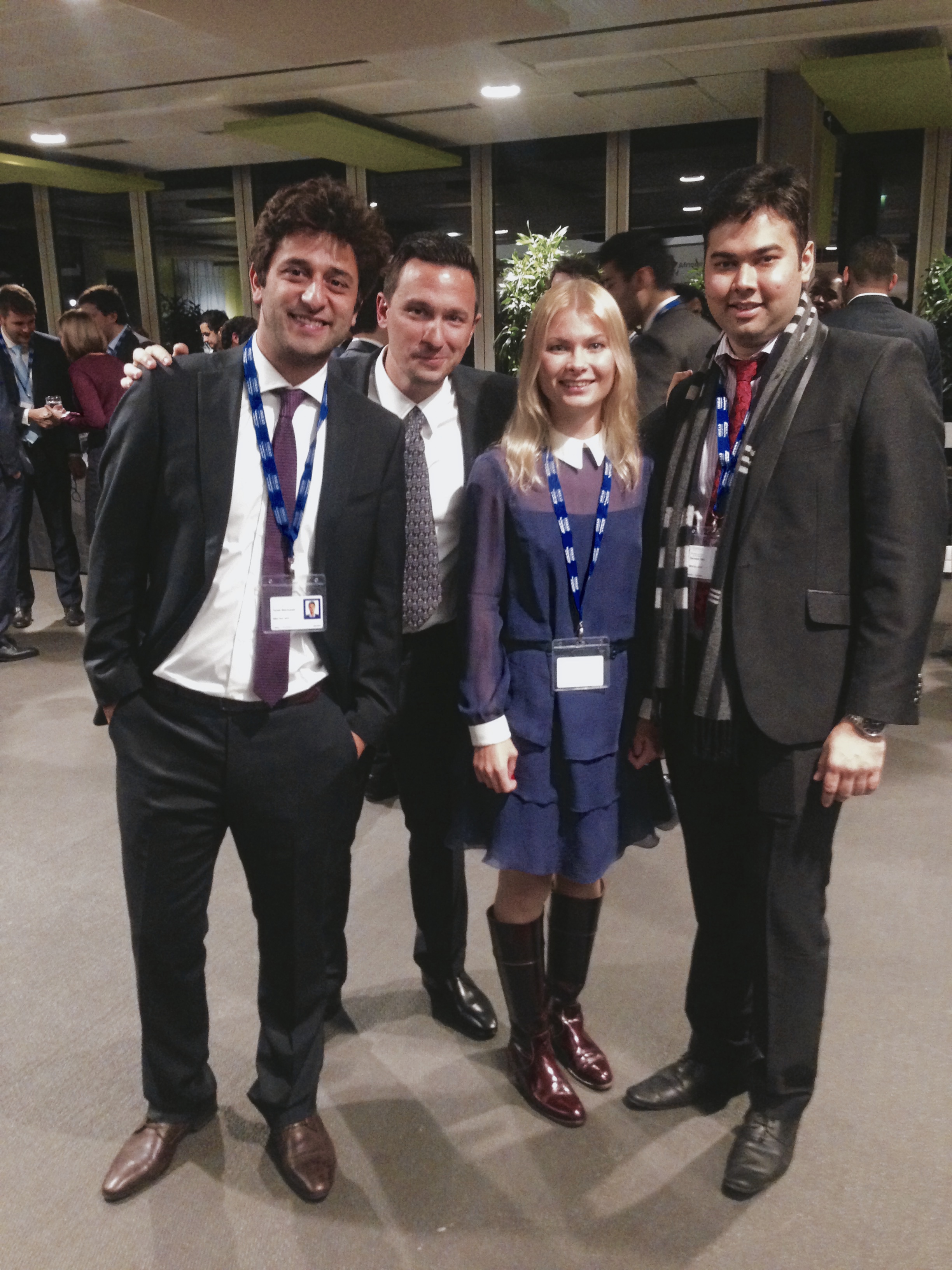 And of course, parties. I definitely belong there, too . The season was opened by a 100+ festive meeting at Chateau Fleury, which is 14km away from Fontainebleau. Surprisingly, it’s not only free alcohol that motivated guys and girls from Ukraine, Pakistan, Spain, Singapore and many other countries to find a non-drinking student and come through the night forest by car.

I realised that all of us were driven by the same values of achievement and natural curiosity towards the unknown. Each of us was eager to share his or her life story, drowning out the music. Although we barely knew each other, the feeling of belonging was there. We were all InSEAD.

Born in the collapsing USSR (1986), Katia had a chance to live through one of the most exciting and unpredictable periods in the Slavic history – that of introduction of Capitalism and private property, as well as redefinition of relationships between independent Belarus and Ukraine with Russia. Passionate about the democratic values of the West, Katia moved to France and pursued her studies of Politics in Paris. After one year of exchange at the University of St Andrews in Scotland, Katia graduated from Sciences Po with a Master degree in Finance. Having worked for several years in Investment Banking in Paris and London, Katia moved to the Financial Advisory and Integrated Corporate Advisory department at Nasdaq as a Consumer Goods sector Senior Advisor. Strongly believing that the Luxury industry is one of the pillars of Europe’s economic growth, Katia’s dream is to contribute to the international development of diverse industry players, from SME to multinational brands. In her blog she will highlight major strategic issues of the sector, giving an opportunity for professionals all over the world to participate in an interactive conversation with INSEAD’s students and scholars.

535
A Diversity of Experiences
MBA
Read the blog

600
When Clarity Tastes Like Water
MBA
Read the blog