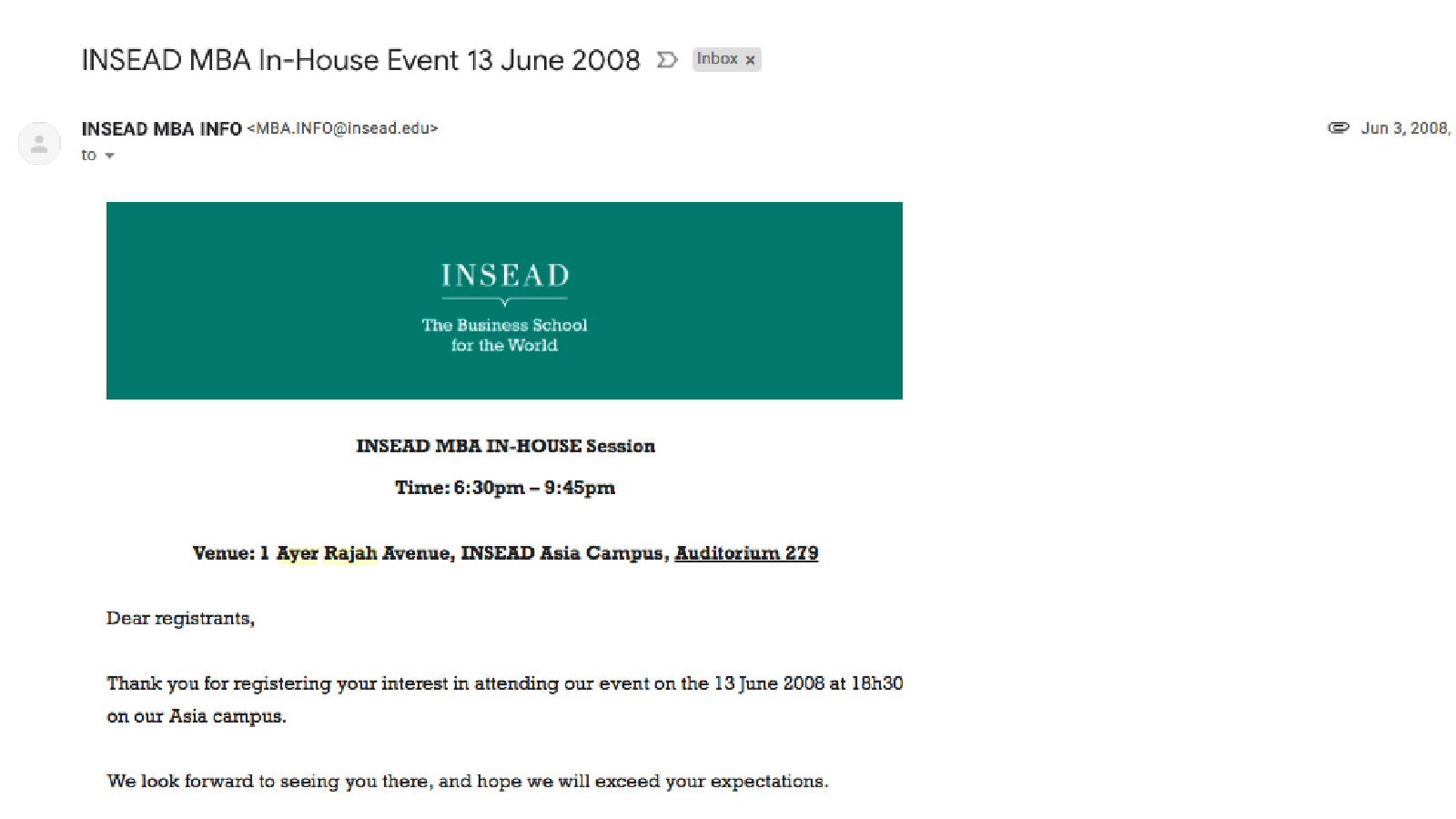 And 10 Years Later, Not Too Young Anymore

I timidly entered the INSEAD Singapore campus at the Ayer Rajah Avenue and attended a class discussion by Prof. Horacio Falcao, as a part of the MBA In-House Event. It was my first experience of attending a class at a business school, and more significantly, my introduction to INSEAD.

The only comment I remember hearing multiple times that evening was, I was too young to be there, and I should come back in a couple of years. An INSEAD applicant is expected to have a strong academic background, which I had, but there were many other things, which I didn’t have, such as international experiences, exemplary displays of leadership, and significant employment history. The constructive feedback I received that night from alumni, faculty, and students, in the true INSEAD manner, remained indelibly etched in my mind.

For the next decade, I studied, worked and lived around Asia, Europe, and North America and discovered aspects of myself that I didn’t know existed. Subconsciously, the INSEAD dream lingered on.

I visited the Fontainebleau and Singapore campus in the past years, attending INSEAD events whenever I had the opportunity. No one told me anymore that I was too young to attend INSEAD.

In 2016, I worked closely with a client, an INSEAD alumnus. During one of our lunches, when I asked her about the school, she told me how she could completely picture me studying there. That was my first big trigger. My second and final trigger came when I married my long-time boyfriend. A few months after we got married, he asked me what was stopping me from pursuing my INSEAD dream. In our conversations that followed, I signed up for GMAT and started drafting my essays. My biggest realisation was how much I had underestimated the tremendous amount of reflection and effort required to write the essays. For the video interviews and the alumni interviews, I had a simple principle: being myself. It probably helped. And that’s why I am now writing my first post, geared up to start the much-awaited P1 at INSEAD, as a part of the 19J.

The three lessons I learned over the past years to bring my INSEAD dream to life:

When I applied to INSEAD, it was either INSEAD or nothing.

The ‘nothing’ had its own definition and plan, but it meant, for me, that in terms of investing time, money and emotions into a business school, it was only INSEAD.

Born and raised in India, Himanshi is a French national. She moved to Paris in 2010 for a Master's degree at ESCP Europe and spent the following years working in Management Consulting. She has lived in seven countries across three continents, speaking four languages. She claims that half her heart beats for Chandigarh (her hometown in India) and the other half for Paris (her second home). Himanshi is passionate about yoga, reading books from immigrant authors, world travel and eating at vegan food restaurants across Europe.

Reflections: an Aussie perspective on the road to Fontainebleau
MBA
Read the blog

697
My Journey Into An MBA
MBA
Read the blog

871
Embarking on my MBA Journey
MBA
Read the blog