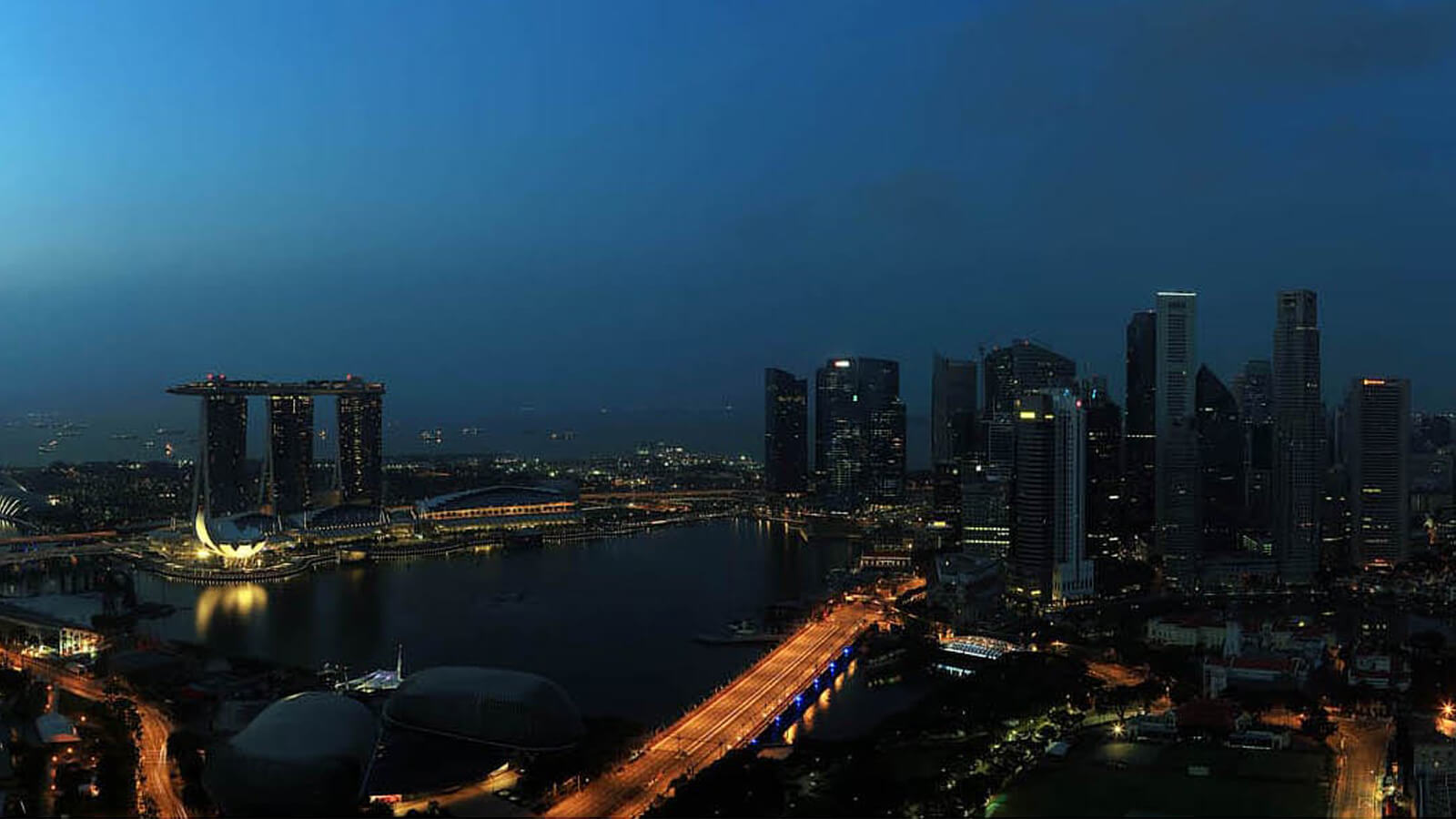 I found him sitting down on some small stairs on the rooftop part of the building, looking at the city night view. Beer can in his hand. It would be dawn in several hours, the time when the sky should be the darkest. But it is never truly dark in a Singapore night, as the lights of the millions of souls living in the city brighten up the eternally starless night sky.

“That was one hell of a party,” I said, sitting down on one stair above him.

“Still can’t believe it’s over. After this, everyone will be scattered all around the globe. And then what? I haven’t even met and talked to every single person in our batch yet.”

“But that’s the beauty of it, no? We’re five hundred-ish people, and because we’re moving back and forth between campuses across the continents, there’s always someone new that we haven’t talked to yet. But then, even if we've already become alumni, we can still keep meeting new people and be amazed by their stories, just like what we have experienced all year long.”

“Cause it's a bittersweet symphony this life / Trying to make ends meet, / you're a slave to the money then you die.”

“What? Remember, we can’t be a slave as we are part of the force for good here.” I chuckled.

He reached out to his pocket for a cigarette, and then lit it. Chilly December wind blew softly. I buttoned up my sports jacket.

“Words can’t do justice to describe the whole one-year experience."

"It opened a lot of doors for me. Doors that would not be even there had I not attended the programme. I was afraid I wouldn’t be able to go out to the big world. In that sense,” I reached into my pocket to hold the salamander-shaped pin that I got earlier that day. “I am very grateful now. After this, we’re moving on with the marathon that is our life with our own pursuit of happiness. Our paths might be different, but I think we’ll still be connected with these experiences. Later when I hear ‘Pap pap pararara, parararara’ I would want to jump and dance, when I hear the word ‘dash’ I would remember a bunch of people running around in silly costumes, and the next time I see a ballet performance, well, I would remember the brawny guys from the rugby club jumping around in cute white tutus.”

“And with one muscular black swan with a stern expression.”

“Not a bad memory to recall, I’d say. Not bad at all.” I cracked open my beer can.

“Definitely. Cheers to that.”

We clanked our beer cans and talked even more until dawn was rising. A new day, but it meant a little more for us, as it was also the mark of a new chapter in our life. The chapter of the school was over, but INSEAD, as everyone says, is a lifelong experience.

Born and raised in Indonesia, Irwing Antonio had a lifelong dream of becoming a global citizen when he decided to do an MBA at INSEAD. After spending four years studying electrical engineering and building a four-legged firefighting robot for his bachelor degree, Irwing chose a career in marketing, developing the marketing strategy in a B2B manufacturing business in Indonesia. A Kyokushin karateka, a drummer, and a big fan of Haruki Murakami’s novels, Irwing promised himself to pursue another lifelong dream of his: to own a corgi puppy.

498
INSEAD: The Muggle Version of Hogwarts
MBA
Read the blog