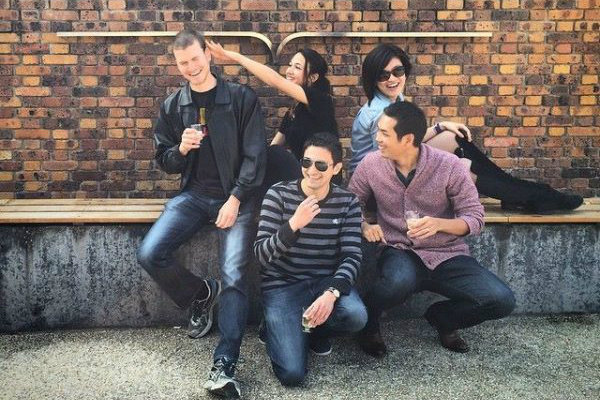 Halfway In, Halfway Out.

Here we are, at the middle point. Five months ago, we knew nothing of these grounds; we hadn’t even set foot in this forest. Five months. That’s all it is, and that’s all it takes. So what has changed? I’d like to say a few grey hairs and perhaps a few extra pounds, but that would probably be half a lie. Or half the truth for that matter.

B-School for the world where we study with 90 other nationalities: this surely is bound to create a certain disorder—even a mess. Or does it?

. On a small scale, everything seems totally disorganised. However, once you start zooming out, the pattern keeps repeating itself and suddenly, everything comes into focus to reveal a unique, beautiful organisation. Let’s take a walk together, down memory lane.

For the first four months of the MBA, each student is part of a five-man team, with which most projects are accomplished. Take one of my colleagues, a Japanese with a background in sales. He underwent a major in Czech studies. He then married a fantastic Czech woman and they now both have a little two-year-old son who is one of the stars on campus. The little kid will grow up speaking Japanese and Czech, and before he’s a teen, he will probably have a good understanding of English as well. Pretty amazing, no?

I was grouped with a trilingual Japanese, as well as an Indian having been brought up in the Middle-East, a Turkish having moved to England in her late teens, and a Chinese specialising in marketing and business intelligence. I, a Canadian with a background ‘à-la’ Walter White from Breaking Bad (i.e., chemistry), completed this odd quintet.

At INSEAD, there are 59 other teams on the Europe Campus, and another 45 in Singapore. A beautiful pattern of diversity that you might fail to see at first. But halfway through the programme, one can only look around and be amazed at this beautiful inclusive and cohesive diversity. One of the wonders of the modern world, I must say.

All of us come from different backgrounds and cultures, and this has undoubtedly created tensions within the group. As difficult as these tensions might prove to be, it’s usually through these frictions that one gains awareness of others, and even more so of oneself.

Four weeks ago, many of us bid each other farewell as students from core groups and sections went their own ways. Some of the friendships born out of the pressure cooker that a 10-month MBA is will only be rekindled upon graduation, as the waltz of campus switching takes place. So it is with nostalgia that P2 ended.

On the other hand, I was certain group work was over. Therefore, I wouldn’t have to coordinate with other’s schedules which would ease logistics. Once again, INSEAD proved me wrong! The fun was just beginning with my initial team being dissolved, and 6 teams being created, one for each elective class. A great and fantastic way to try and apply the learnings of the first four months.

The sweetest part? Receiving a fresh contingent of new faces from Singapore! Remembering the fun of meeting great and engaging people that was the first weeks of the programme! And with the great weather that came along, BBQs began, and the last four weeks have gone by in a flash. Right at the midpoint, halfway in our MBA. Most likely, halfway out.

The Wisdom of Sharing Pasta
MBA
Read the blog