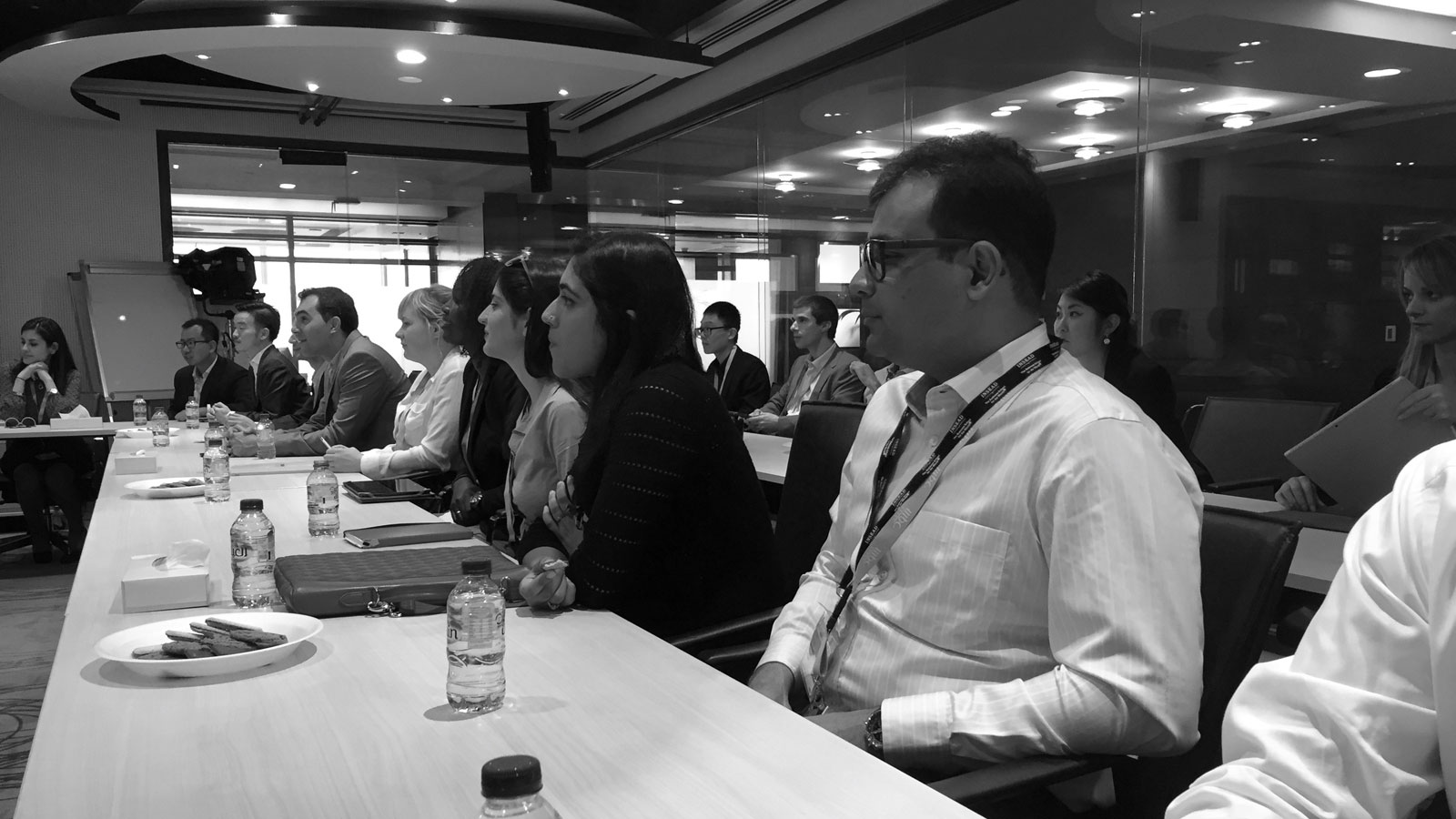 After 10 days of travelling through the relative wilderness of East Africa, my Etihad flight made a smooth landing at Abu Dhabi’s International Airport. My journey to a brand new continent had just ended, but another, entirely different adventure was about to begin. Aside from the sprawling lights from buildings and cars, I was greeted by a vast number of tower cranes erecting the new terminal expansion of the Abu Dhabi Airport - probably three times the number used to construct the new Vikings stadium in Minneapolis. When travelling through Abu Dhabi and Dubai, it is truly astonishing to see how fast the cities have developed. After all, this was a land of desert, bedouins, and simple fishermen just 50 years ago.

After stepping into the Grand Millennium Al Wahda hotel, I began meeting my fellow INSEAD classmates, some of whom I came to know on the Fontainebleau campus in France, and others from Singapore, who I met for the first time. Out of a group of just 44 students forming the pioneering class of INSEAD’s first two-month residential MBA exchange in Abu Dhabi, a total of 30 nationalities are represented. Students arrived from all corners of the earth following a month-long recess for Christmas holidays, eager to begin their studies in an entirely different context and environment than before.

At first glance, Abu Dhabi is a city of simple architecture and urban design compared to neighbouring Dubai. The entire island of Abu Dhabi is arranged into neat blocks with large avenues that accommodate roughly 12 lanes of traffic. The buildings are all quite similar, and with few exceptions do not exceed 20 stories. INSEAD’s home for the past 10 years has been a modest office building around the corner from the Al Wahda mall. While rather simple from the outside, the interior has been transformed into a state-of-the art facility that caters mostly to executive education. There’s a small library, a restaurant, an open floor for seminars, three lecture halls, multiple break-out rooms, and offices for the school’s faculty and staff.

This period, our classes include “Doing Business in the Middle East” (DBiME), “Live Action Learning Project (LLP)”, “Negotiations”, “International Political Analysis (IPA)”, and “Macroeconomics”. DBiME is lead by INSEAD Professor Neil Jones, who has arranged for us to visit a variety of businesses across the region and attending various seminars and panels. To date, we have visited Mubadala, Masdar, Middle East Broadcasting Centre (MBC), Bain, Unilever, and look forward to more visits in the future. We will also prepare research posters on prevalent business themes in the region, which will be presented at INSEAD’s Middle East Talent Networking Forum on February 28 in Dubai. LLP has students working in teams of five on a variety of consulting engagements with local companies including Google, The Crown Prince Court of Abu Dhabi, Arthur D. Little, E&Y, and Deloitte. Our Negotiations course is INSEAD’s most sought after elective and will be taught by Professor Horacio Falcao, one of INSEAD’s most famous professors and author of the book Value Negotiation: How to Finally Get the Win-Win Right. IPA and Macroeconomics are the last of our core courses, taught by visiting professors from NYU Abu Dhabi: Professor Jeffrey Timmons and Professor Jean Imbs, respectively.

Aside from a busy schedule of classes and company visits, we have had many opportunities to explore the region. Some of the more memorable experiences include a hearty meal of fresh seafood at the Abu Dhabi fish market, ripping across sand dunes in a Landcruiser and trying sand boarding for the first time, a day of relaxation on the beaches of Abu Dhabi’s Lulu Island, sipping Moroccan tea and conversing late into the night in Dubai’s old city on the banks of the Dubai creek, waking up at 5:30am to ascend the Burj Khalifa and watch the sun rise, and a day-long hike in the Hajar Mountains near Ras Al-Khaimah.

In just five short months, I have completed 14 courses, met hundreds of fellow classmates, visited dozens of companies, startups, and alumni, and travelled to 11 different countries spanning 4 continents. I am truly grateful for the opportunities I have been provided thus far to grow as a future business leader and look forward to my remaining time at INSEAD and the many journeys and adventures that will surely unfold. 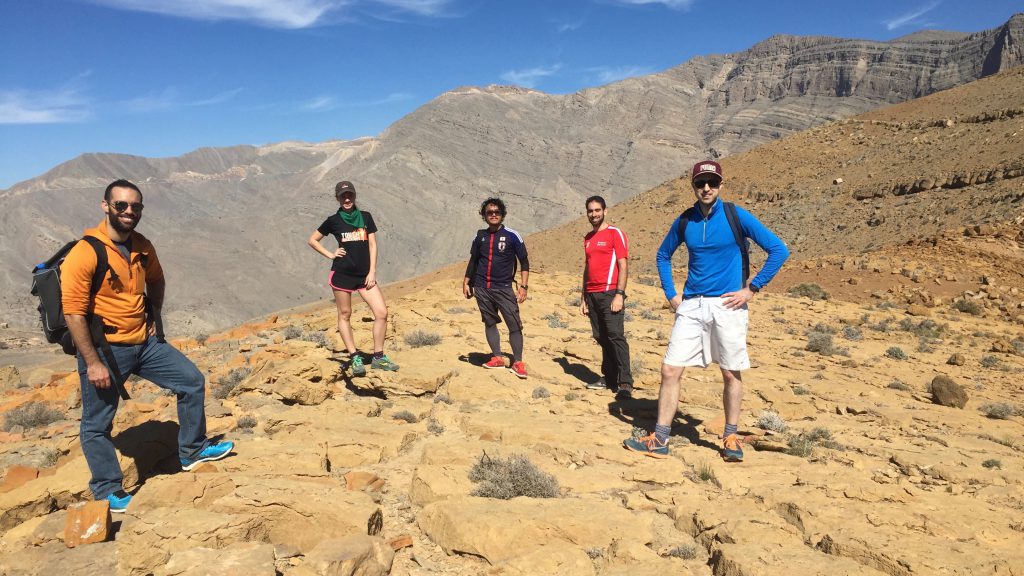 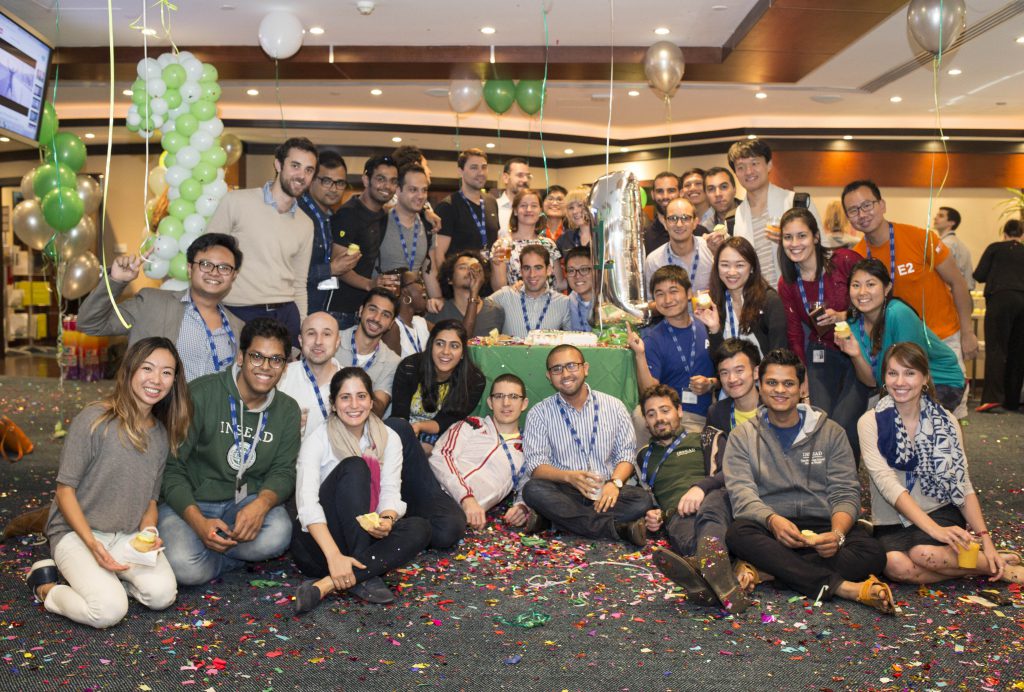 You may follow the journey of INSEAD MBA students in Abu Dhabi on social media by following #P3inAD!

3 Things to Bring to INSEAD
MBA
Read the blog