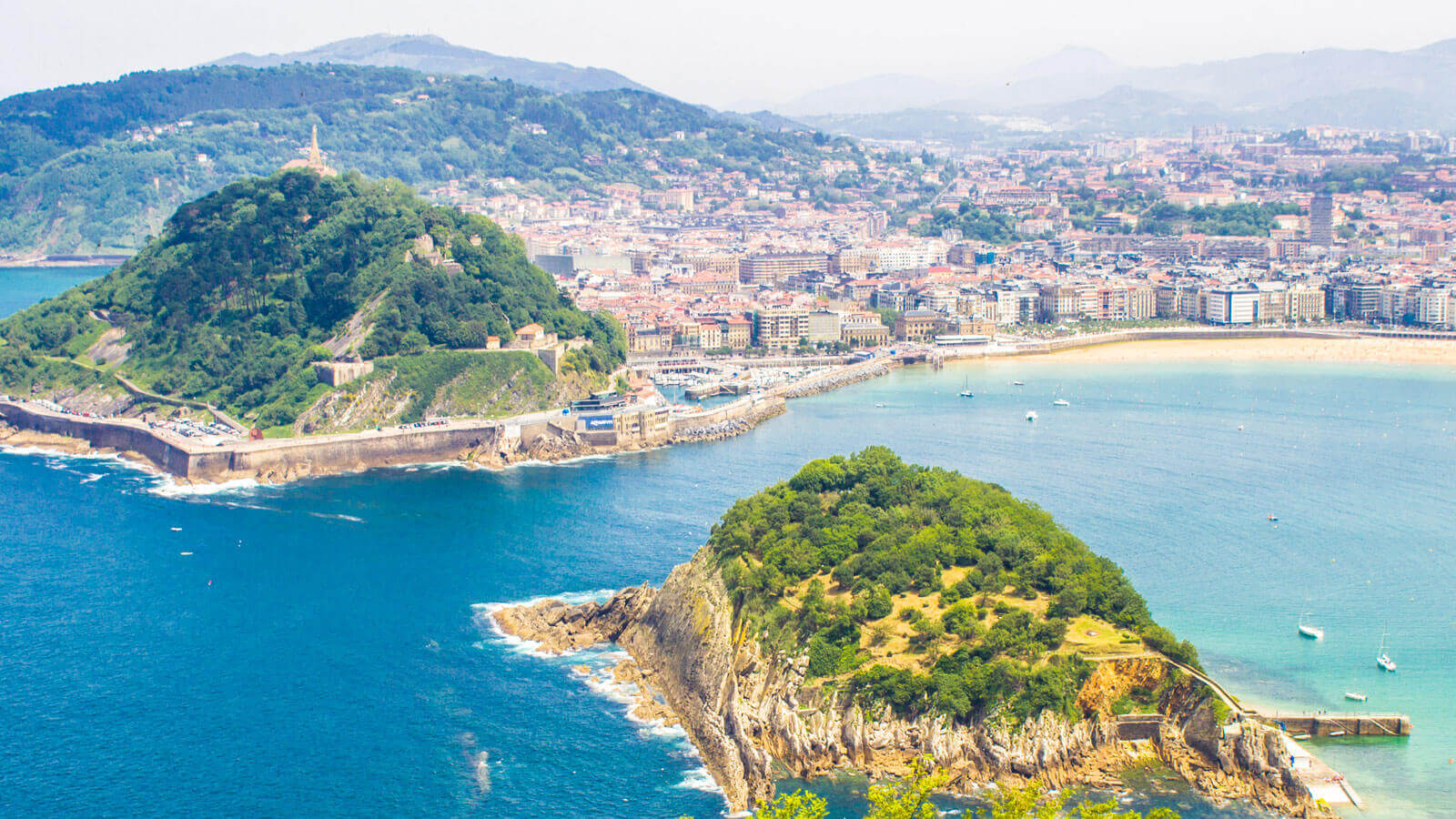 I was reluctant to sign up for another big group trip, as this generally means less independence, and sometimes leads to more confusion.

Four months into the 10-month program, I was no longer going on trips with most of my classmates simply because I’m a sightseer and not a beach bum. On three separate occasions, I had tried to enjoy sitting on a beach: 1) pre-MBA trip to a private island, 2) Phuket, and 3) Bali. It wasn’t working, and I had accepted this as a personal limitation in terms of group travel.

However, having just moved from Singapore to Fontainebleau, I decided to give it another shot.

I was added to a WhatsApp group, told to book my flights from Paris to Bilbao, but still had only minimal information about accommodations and plans. Let me put this into perspective – here’s how I like to “package” the information for group travel (for family or friends): 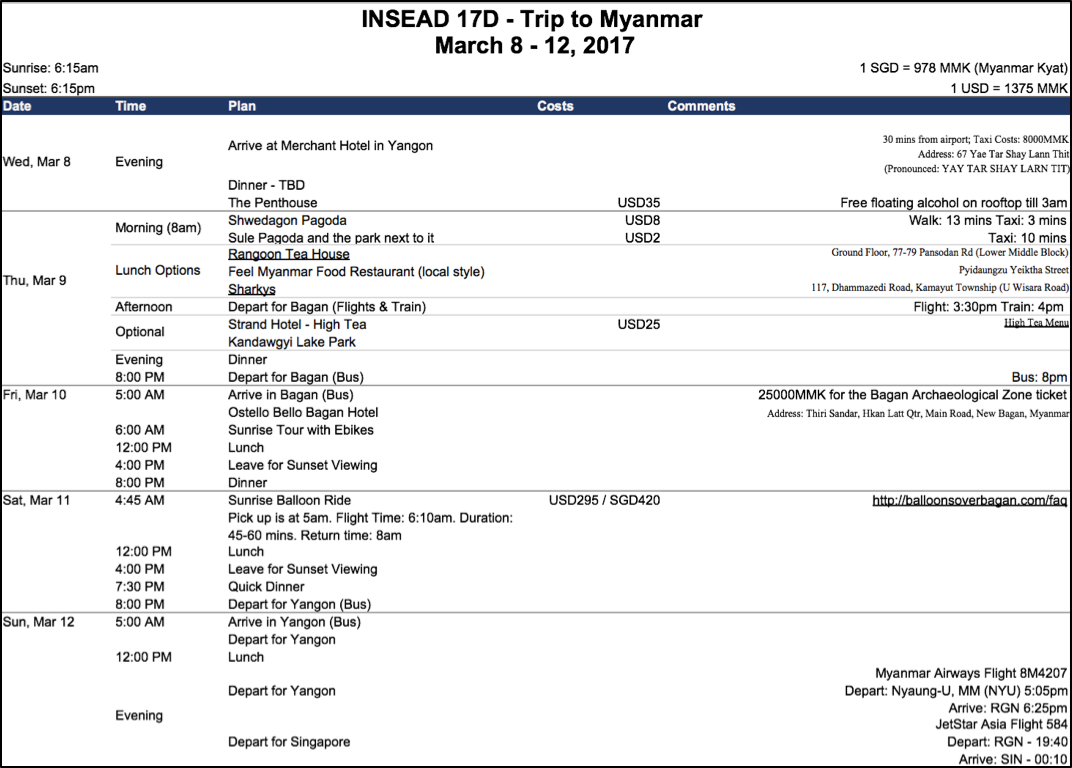 This just gives you an idea of what my expectations may have been as I booked my flights. As the trip came closer, everything was still a mystery. I mentally prepared for yet another beach holiday…

The trip was neither cheap nor convenient: 10 of us drove an hour to Paris, took connecting flights that cost roughly $330, and then drove another hour to reach Zarautz. Another 43 of us rented cars and drove 8-10 hours from Fontainebleau to Zarautz over two days. 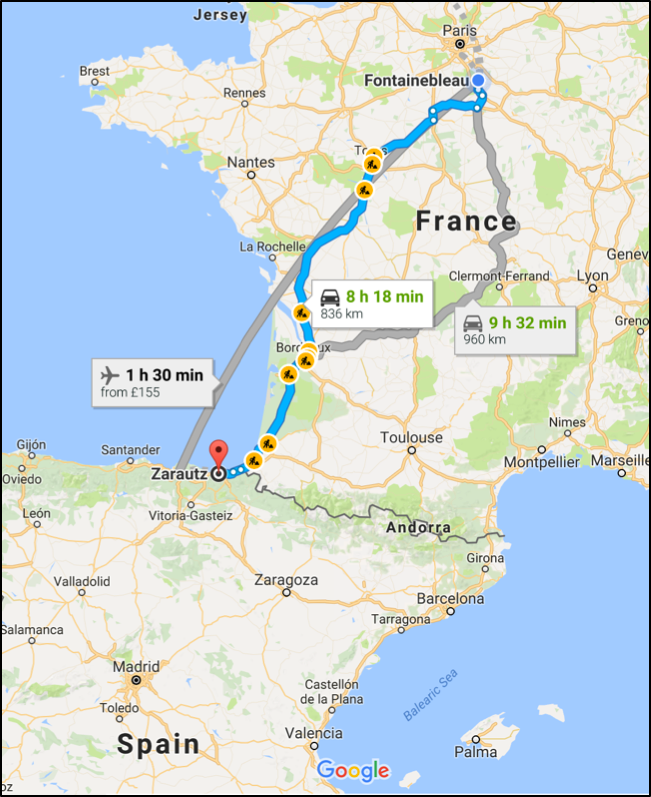 After we settled into one of the six Airbnb apartments (that Jon had booked), I finally asked these burning questions….

“Who is this “Jon” character?”

“And how did he manage to “sell” this trip to Zarautz to 51 of us INSEAD students?”

What I really wanted to know was this: what am I doing here?!

On the airplane, I made a list of the heuristics (mental shortcuts) my mind had given into when signing up for this trip:

We arrived at dinner and I was still asking the same question: “Who is Jon?”  Here are a few of the responses I received: 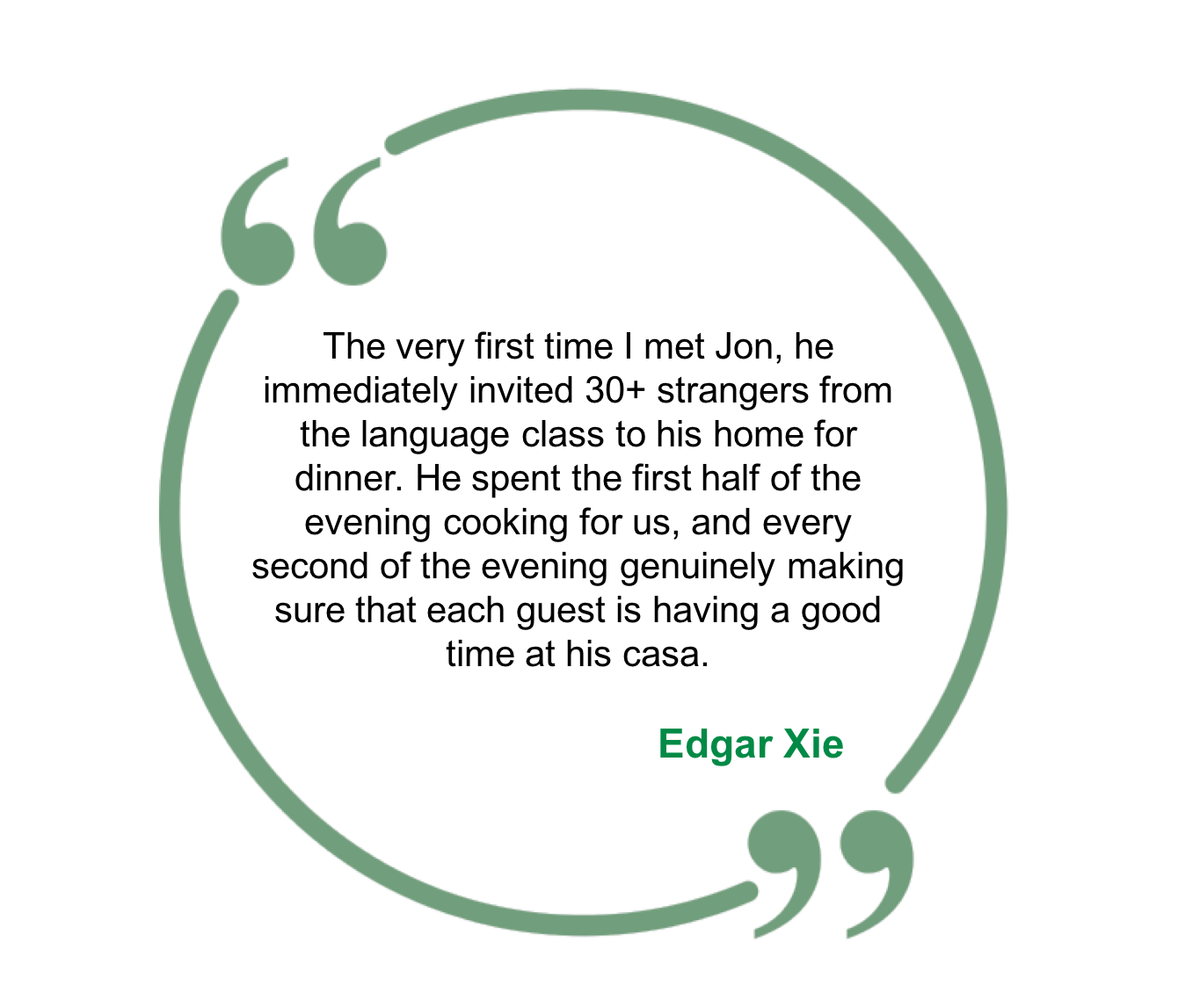 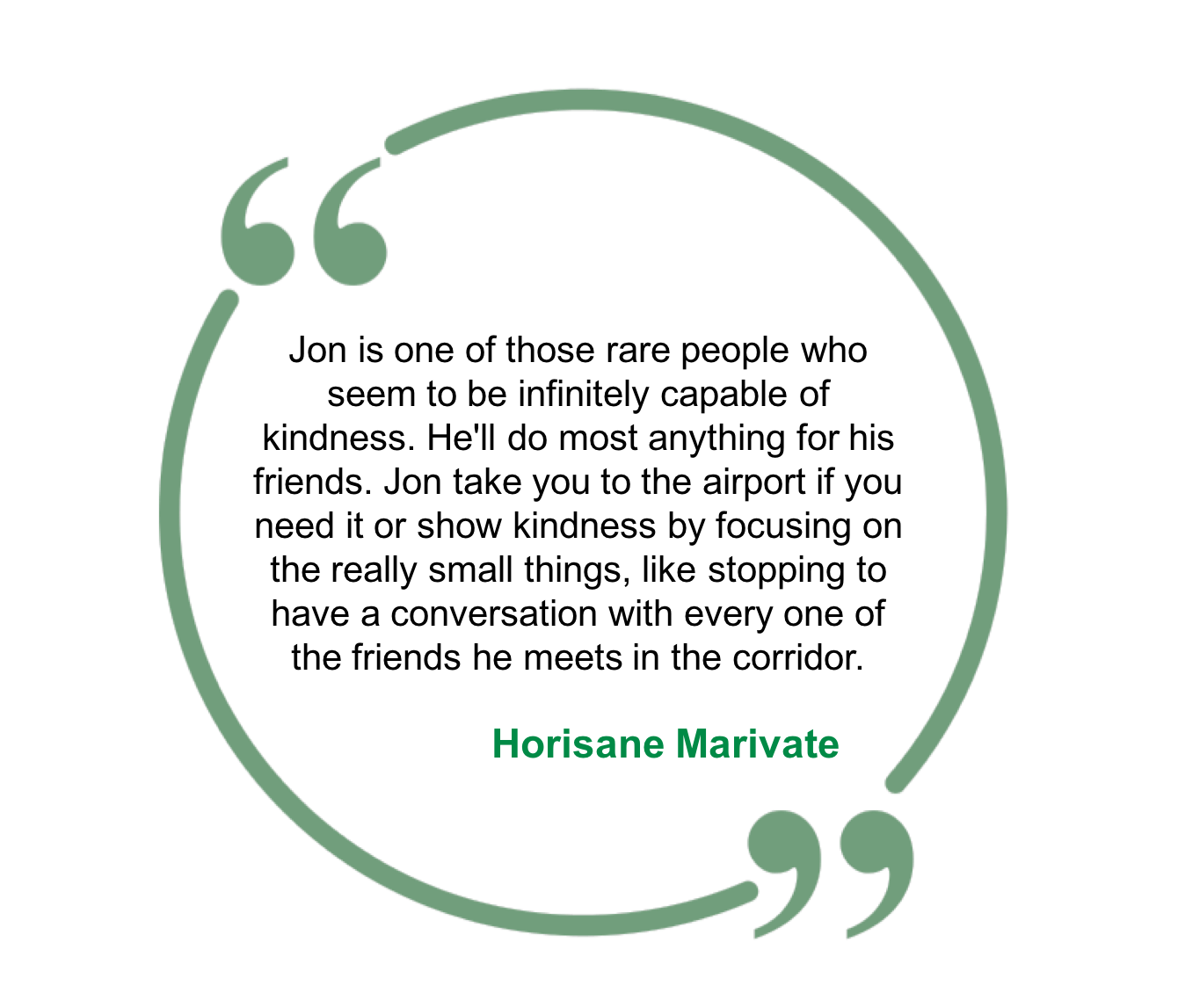 And then we were greeted by Jon and his girlfriend, Maribel, both of whom had aprons on and were ready to serve us dinner. Yes, that’s right, they served all 51 of us until we could eat and drink no more! 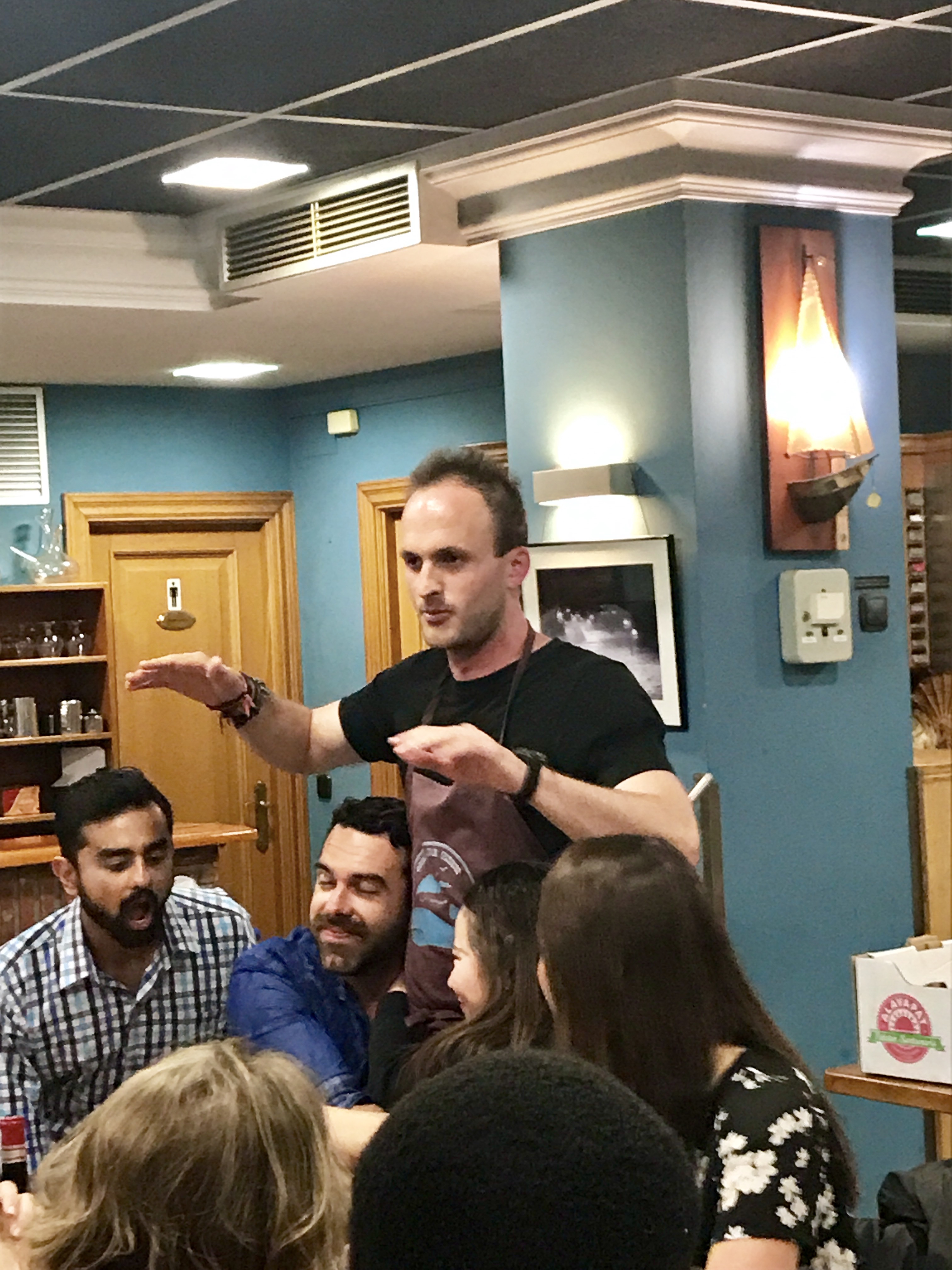 I immediately recognized them as the type of couple who selflessly serves others and naturally becomes a “nest” for an entire community. They exude trust, love, and security because they genuinely care about the people around them.

The next evening, I had the pleasure of sitting next to Maribel. She had no idea I was a market researcher in my past life. I’ve learned to disguise it well, but I can never really hold the curiosity back. So naturally, I start interviewing her… and I wanted to see if their common passion for hospitality was a result of growing up together and knowing each other really well.

“So how long have you and Jon been together?”

“Officially, four months. Unofficially, it’s been about a year and four months.” This came as a surprise to me as it immediately negated my assumptions of how long they had been together. And this was only the beginning.

“So where did you and Jon meet?”

Now, I know I’m not very good at world geography (thanks to the lack of it in the US public school system), but I know that Panama and Spain are very far apart. I was convinced I misheard her so I asked the same question again, this time, with a confused look on my face.

She smiled and replied, “We met when he was visiting Panama, about a year and a half ago.” She continued, “Everyone thinks I moved here for him and the relationship, but when we met, I was preparing to move here for a Masters program in sustainable architecture. My school is an hour and a half from here.”

Did someone say power couple?! ;)

I must have smiled ear to ear at that point. I love it when my assumptions are completely wrong. Since then, I’ve revised my understanding of these admirable couples. I realized that the two individuals don’t have to be from the same neighbourhood, have grown up together, or share a friendship for decades to become a “nest” for an entire community. Instead, they need to cultivate a solid foundation between the two of them and simultaneously enjoy working together to contribute towards something greater than themselves – for Jon and Maribel, it’s hospitality and community.

It was undeniably evident that Jon was overjoyed to host us that weekend with Maribel in Zarautz and San Sebastian. Seeing a classmate in his/her element is truly a gift, and can be rare, especially at INSEAD, given the fast pace of the MBA program. However, these are the moments that I want to capture and hold on to forever. These moments present a unique lens through which to see and understand another human being. And as life at INSEAD continues to change so rapidly, all I’ll really have at the end the year is a handful of deeply impactful memories (and maybe a dozen blog posts).

A sincere thank you to Jon and Maribel for putting together my favourite weekend at INSEAD so far – this one is going to be hard to top! 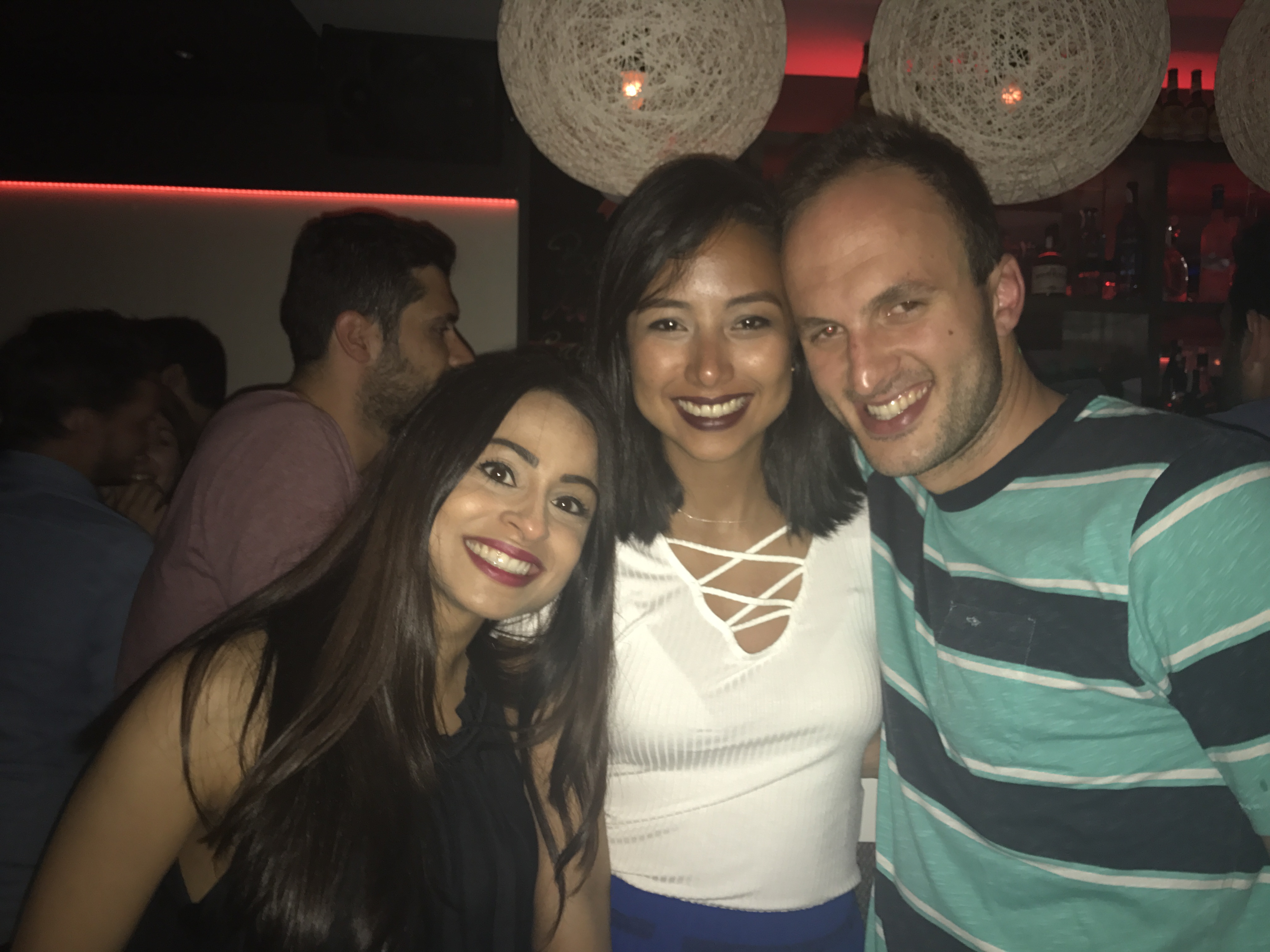 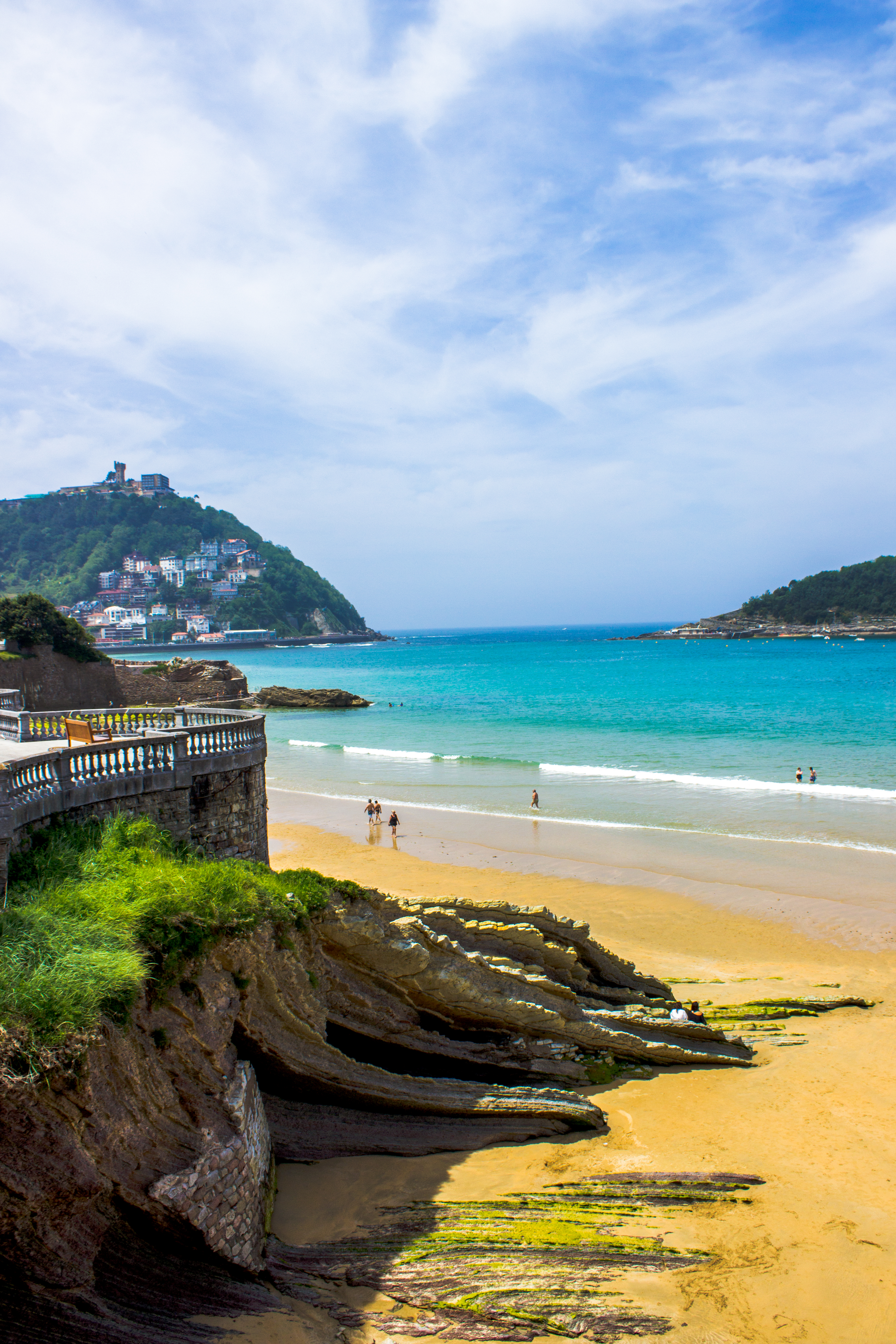 663
And Liftoff
MBA
Read the blog