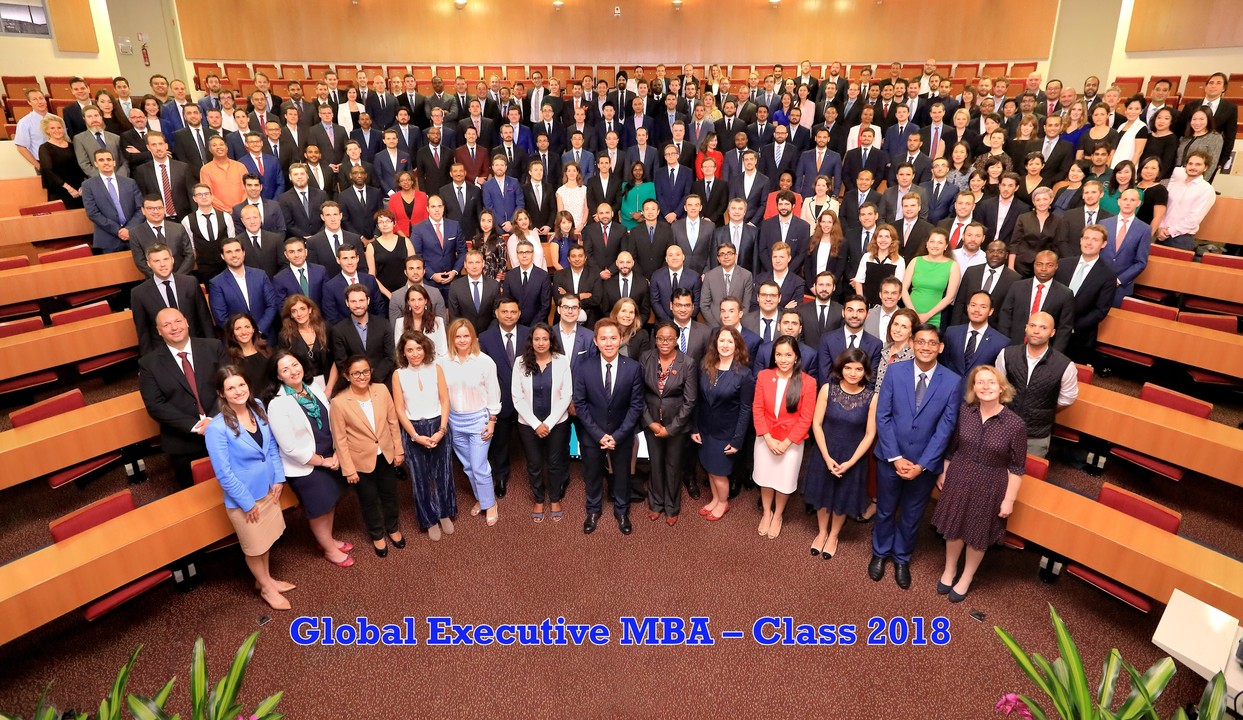 My Top Takeaways from INSEAD

Since my rock climbing days at UCL when I first heard about a business school set in the wonderful forest of Fontainebleau, I have wanted to go to INSEAD. So six weeks ago was the culmination of a long-held dream when I graduated from INSEAD’s Global Executive MBA programme. For that, I first have to thank my lovely wife without whom I definitely would not have made it! But also a huge thanks to my amazing Leadership Development Team, Christoph for your analytical genius, Gael for your enthusiasm and support, and Sofiya for your generosity of spirit and drive. You have undoubtedly changed me for the better. And as well thanks to all the teachers, classmates, alumni and staff from whom I have learnt so much.

As I reflect back on what for me has been an experience greater than I imagined, these are my top takeaways from the GEMBA programme:

1)     Culture underpins everything – culture impacts and shapes everything we do and acts as a filter through which we perceive the world. Cultural differences can be a great source of diversity in decision-making but also have the potential for huge misunderstandings. In a multicultural context it makes sense to make your communication low context, your negative feedback more indirect and to focus more on relationship-building.

2)     Incentives matter – humans may not be purely rational actors but they are definitely influenced by incentives. If anything, incentives can sometimes be too effective, resulting in warped behaviour in the pursuit of some KPI to the detriment of integrity and the long-term goals of the company. Given this, and the VUCA world in which we operate, incentives should promote good processes and sound decision-making rather than focusing solely on outcomes (i.e. you should be rewarded for making a good decision even if it results in a bad outcome, rather than be rewarded for a bad decision that, by luck more than judgment, resulted in a positive outcome).

OK, so these first two are fairly obvious but INSEAD gave me a much deeper appreciation of just how fundamental to business performance they are. They are also highly-interrelated. All the case studies I read highlighted the fact that the best organisations are ones that achieve alignment between their culture, strategy, structure and incentives.

3)     Embrace feedback – In the past I don’t think I have been good at either receiving or giving feedback. But the INSEAD experience has been a hotbed of feedback, often uncomfortable but always enlightening. Throughout INSEAD I have often remarked about the amazing, insightful and honest conversations held in breakout rooms during and after group work. No judgment, just an open desire to support each other in the various developmental paths we were taking. I would like to be able to build such a culture of psychological safety in my business.

4)     Data-driven decision-making – Throughout every single course at INSEAD the importance of rational data-driven decision-making was drummed into us. And the INSEAD professors walked the talk as lectures were backed up by years of peer-reviewed research. Looking for the data may take more time but decisions will be better for it. If there isn’t a lot of data available, try and set up the decision as an experiment from which the maximum can be learnt and extracted.

5)     Role play as a method of learning – Throughout the GEMBA experience we were subjected to numerous role plays, in which senior executives would sit around pretending to be someone else, or cutting and pasting (the real kind with actual scissors and glue!) to make ad-hoc business props. To be honest, at first I was quite sceptical of this. It seemed like a lot of theatre and not so much substance, but looking back I think it is actually an amazing way to learn. Firstly, it’s fun which then makes it more memorable. Secondly, it allows you to experiment with new ideas or approaches and get really good feedback. Some of the role plays were even videoed so you could review your performance at leisure - a great way to build humility! And finally, it allows you to experience, even if only momentarily, a huge variety of leadership situations.

6)     Business as a force for good – one of the things that I think makes INSEAD stand out from the crowd is the school’s mission. Whilst it is easy to get lost in data and be driven by incentives, business is ultimately a human endeavour and it is up to us to use our humanity as leaders and put the power of business towards building a better world and more sustainable organisations.

7)     What does good leadership look like? In our thought-provoking ethics class this question was asked of us. It is certainly the case that you and I may have different opinions about what good leadership is in a particular scenario. This is not necessarily a bad thing as it is just a reflection of our different cultures, ethical views and leadership styles. Nonetheless, when facing difficult situations, this simple question can help you and your team engage both reason and intuition to make the best decisions.

8)     “If you are having fun you can achieve anything” – INSEAD’s GEMBA programme finishes with an intense three-day simulation called “Your First Hundred Days” in which your team manages the turnaround of a company. Negotiations are had, strategies are drawn up and you role play various challenging situations. My team had put in a lot of hard work and we thought we had performed well but when the interim results were announced at the end of day two, we were not in the top three. We had not set out to win but we were disappointed. However we rallied round, played with some crazy ideas, and had a lot of fun during the mad scramble for the final role play. During our team’s final debrief, our amazing CFO, Anastasia remarked, “if you are having fun you can achieve anything”. Never a more true word was said. 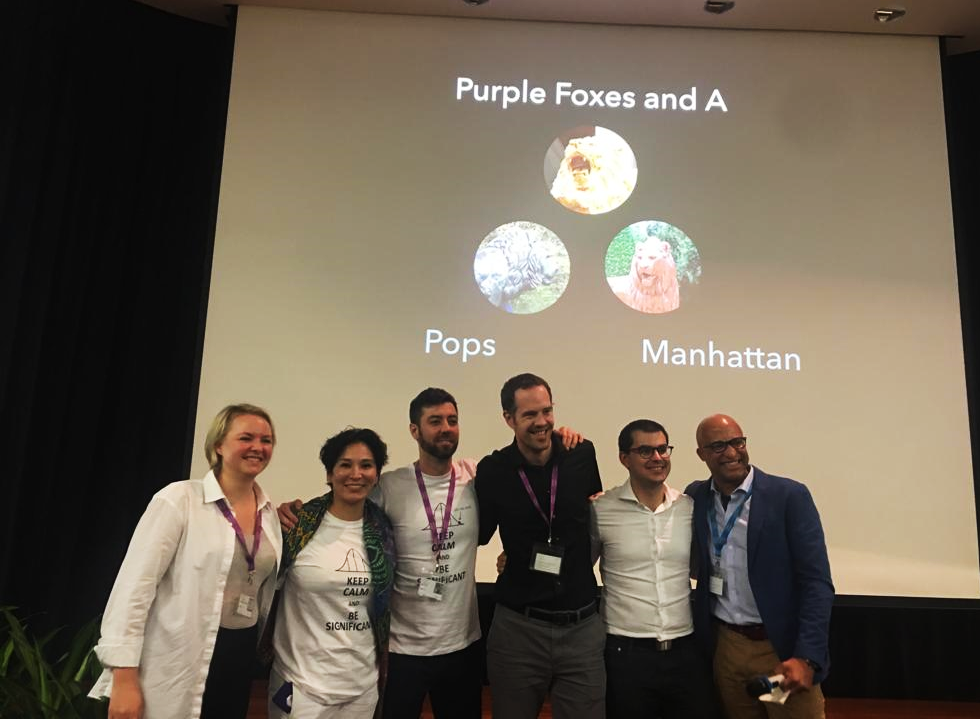 At INSEAD amazing things can, and do, happen. For this, INSEAD is a special place. As I embark on my new challenge for 2019, taking a business from zero to one, I hope I can take these lessons with me and make my start-up a special place too!

Having spent the last 13 years working in the offshore energy industry, upon entering the GEMBA Matt held a regional role that took him across Asia Pacific developing new business opportunities and leading complex cross-cultural negotiations. During the GEMBA programme, Matthew worked on building a global network across sectors and roles, gained a better understanding of his leadership style, and challenged himself with the diversity of opinion across the classroom. He has since moved to Spain and founded a startup, which re-imagines the governance and technology of the engineering and construction industry through project automation and digital transformation. 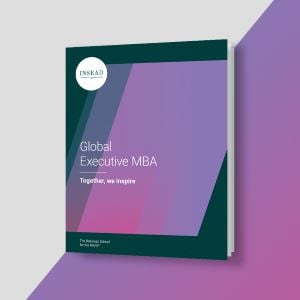