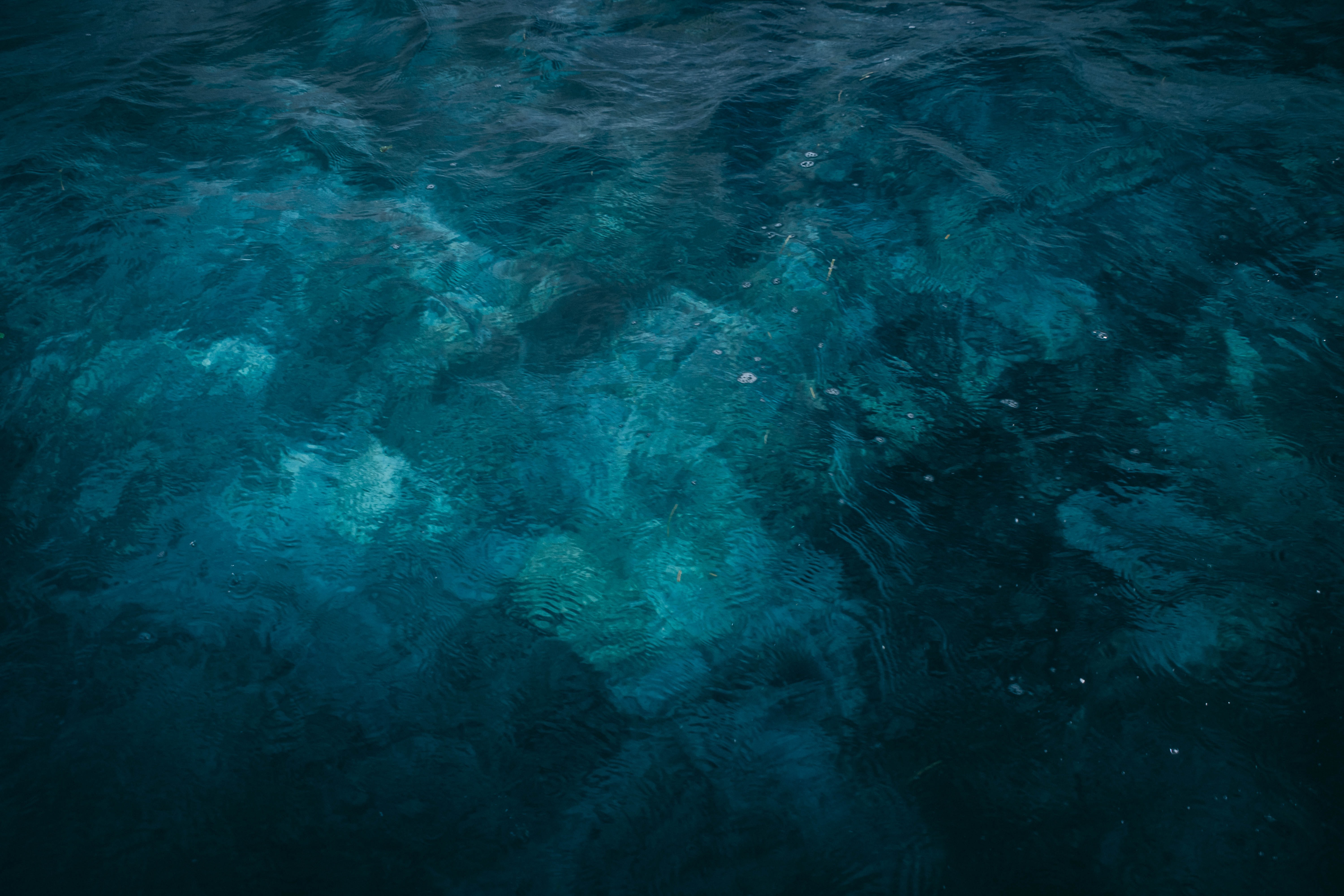 When I started my Executive MBA, I knew that my final project would focus on Blue Ocean strategy. I read the book, co-authored by two INSEAD professors, back in 2005. Doing an EMBA fifteen years later, in the place where the framework was first developed, had a special meaning to me. However, I did not simply want to apply the framework to a company.

As a resident of the Principality of Monaco, I have always been interested in its history, its social peculiarities, and its economy. I always wondered how such a small state, with no natural resources, limited land and a small population had carved a niche for itself as a successful economy in the last two and half centuries. I wanted to understand whether a Blue Ocean mindset could help Monaco define a new economic model and develop a new positioning for the 21st century.

But I did not want this to remain a simple intellectual exercise.

My ambition was to have a real impact and to share my findings with the Minister of Finance and Economy of the Principality of Monaco, Jean Castellini, and that is what I did.

I met Mr Castellini in May 2021 in his office in the Ministry of State. As an HEC graduate himself, Mr Castellini had of course heard about the framework. I began the meeting with a brief summary of the basics of Blue Ocean strategy. Moving from market competition to market creation by opening up a new value-cost frontier and attracting new customers, were all concepts that the Minister was familiar with. What he did not know was that Monaco had in fact already used Blue Ocean thinking in its past efforts to attract new ‘customers’.

The first Blue Ocean shift happened at the end of the nineteenth century under Prince Charles III.

French barons, English dukes and Russian princes were wintering in Nice due to its mild climate. To attract these ‘customers’ to choose Monaco instead, the prince commissioned the construction of a new casino, an opera, a theatre and luxury hotels. He repositioned the principality as a cultural centre where nobles and aristocrats, alongside the artists and intellectuals of the time, could meet in a safe and in a discreet way.

The second Blue Ocean shift occurred under Prince Rainier III in the second half of the twentieth century. As the wealthy aristocrats that once made Monaco’s fortune were slowly disappearing, Rainer’s focus shifted to a new type of ‘customer’, the world’s millionaires. Monaco became the destination of choice for celebrities and the wealthiest, building a reputation as a glamorous and security-conscious place where they could enjoy their wealth and private life without the hassle of bodyguards, fans and paparazzi.

Adopting a Blue Ocean mindset had allowed Monaco to overcome its inherent limitations and become one of the world’s richest economies in terms of GDP per capita.

Mr Castellini pointed at a map hanging on his office wall. It showed Monaco at the end of the nineteenth century after it ceded eighty percent of its territory to France, reducing its surface to just two square kilometres. He told me that “the map was there to remind him every day of the challenges that Monaco has to live with”.

The need for a third Ocean shift

I stated that, due to its constraints, Monaco cannot pursue a diversified economy imitating bigger nations. Rather, it should aim at developing an economy that is broad enough, but also focused on a select number of sectors. The Minister agreed and highlighted how, “Monaco needs to be the exception and be exceptional at delivering what it offers”.

We continued by debating the world’s most relevant social, economic and technological trends. We both concurred that, amongst these, ‘digital migration’ and ‘healthcare disruption’ had the most interesting long-term potential. It is exactly the combination of these two trends that was at the core of my final project: digital healthcare.

Applying a Blue Ocean framework to the healthcare industry, I pointed out to the Minister, helped me define a strategy to position Monaco as a world leader in digital healthcare. Through this, Monaco could again access a completely new source of ‘customers’.

I knew that the idea would resonate with Mr Castellini. Recently, H.S.H. Prince Albert II, the present sovereign of Monaco, expressed his desire to project the principality into the future by reinventing its existing economy but also by exploring “new sources of growth, in particular through the unprecedented possibility offered [by digital channels], to overcome [Monaco’s] territorial limits”. The idea of a ‘third Blue Ocean shift’ aiming at taking a major role in the world’s digital revolution was clearly an interesting one.

The plan to become the world’s leader in digital healthcare

Without our health our socio-economic status is meaningless. The world’s wealthiest certainly demand the very best in healthcare and being able to offer that in Monaco will naturally be an attractive benefit for residents. However, there is also global demand for excellence in healthcare. Innovations that are incubated in Monaco, I told the Minister, have the potential to be delivered globally, beyond Monaco’s borders.

I described the two dominant themes in healthcare: the move from treatment to prevention and the process of decentralisation where technology will enable new ways to deliver health-related services. Patients’ needs are changing too.

In the future, healthcare needs to provide the same ease of access as booking a car on Uber.

Additionally, patients want to have a variety of medical opinions when they are diagnosed with a healthcare problem. They also want to be actively involved in the decision-making process and feel more empowered about their health. Even if things have significantly improved over the years, there is still frustration with today’s system where access to healthcare services remains cumbersome and little information is shared with the patient.

This is not easy to achieve. Disruption, especially in a sector where processes are rooted and stiff, will be difficult to achieve from within. The solution is the creation of a new and separate digital healthcare unit. The team would have a different internal organisation, a different strategy, and a different set of objectives. Doctors will have to go through specialised training to learn how to deliver healthcare through digital channels. Methodologies and processes from other industries, which have been disrupted already, will need to be borrowed and adapted. Technology will play a crucial part in all this.

On one side, AI-driven technologies will help doctors to enhance medical decision-making powered by machine learning to build the treatments of the future. On the other, connected medical devices will facilitate remote monitoring and diagnostics. To foster real disruptive innovation at scale, the creation of a ‘digital healthcare ecosystem’ is required. This will allow external companies, big corporates but also small HealthTechs, to offer additional medical services and/or connected devices within a secured platform.

Services and devices will be vetted by a newly created Monegasque MedTech regulator that will ensure their suitability and their reliability. The Principality should also introduce specific healthcare data protection laws and enter into double treaties with countries across the globe to provide a legal framework around digital healthcare services. This would have two major advantages; affirming Monaco’s role as the world’s leading digital healthcare provider and increasing patients’ trust in the services offered.

The impact on the Monegasque economy

I concluded my meeting by describing how digital healthcare would impact the economy.

Monaco has historically been running a trade deficit and the gap between imports and exports has widened in recent years. Trades are focused on manufacturing and industrial goods with services representing only a small part of total trade. Over-dependence on European trading partners has also shown its vulnerability to external economic shocks.

A growth in digital healthcare services, and in digital services in general, could significantly help the balance of trade in two ways. First, it could significantly increase service-led exports which in turn would allow a reduction in trade deficit. Second, it would provide a much-needed diversification in terms of trading partners across the globe.

Rapidly declining telecommunication costs, increasing smartphone adoption around the world, and proliferation of 5G internet services will make it possible to deliver new and sophisticated digital services remotely. Healthcare will inevitably become a ‘tradable’ service over the coming years thanks to new technology, but also because of customers’ changing needs for on-demand services.

Mr Castellini was pleased to see that my findings were in line with Prince Albert II’s vision of an ‘Extended Monaco’, the recently launched initiative to bring Monaco’s services to the world. “The same way Prince Charles III created new rail and road access to bring people to Monaco at the end of the nineteenth century”, the Minister said, “we now need to create new digital channels to offer Monaco’s products and services far beyond its territorial border”.

“To do this” he concluded, in the true spirit of Blue Ocean strategy, “we must be ambitious when looking at our future but also remain faithful to our past and our heritage”.

Trained as a Nuclear Engineer, Massimo Passamonti began his career at the European Center for Nuclear Research (CERN) in Geneva. He quickly discovered a passion for finance and continued his career in investment banking in London. Thereafter, he created several companies, first a real estate company and then an Insuretech. In 2014, with his associates, he created a Fintech called Privatam which rapidly became a success story. Massimo is a graduate of INSEAD's Global Executive MBA (GEMBA) programme. 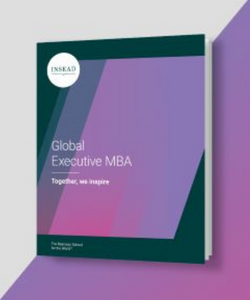 1216
It's Not the Destination, it's the Journey
GEMBA
Read the blog