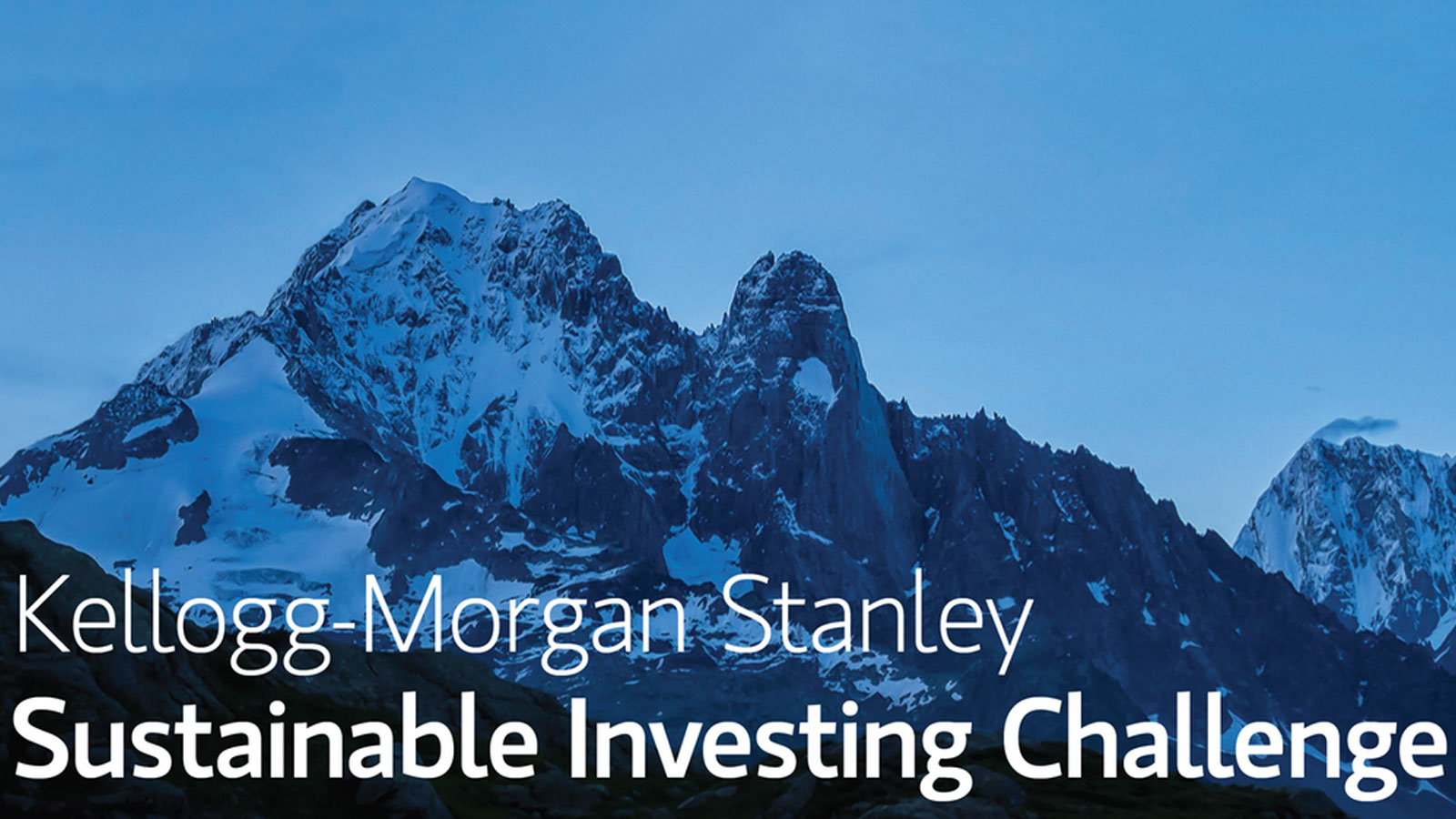 One Hundred Cups of Tea as Invested Capital

After many months of intense due diligence gathering, model building, late night phone calls to India and rehearsals, along with teammates Hong Fei Wang, Tim May and Apoorve Khandelwal, on April 7th we were finally in New York for the finals competition of the Kellogg Morgan Stanley Sustainable Investing Challenge (K-MSSIC).

Sponsored by the North Western University’s business school and Morgan Stanley’s Institute of Sustainable Investing, the competition has been running for the past seven years, encouraging MBA students to develop creative finance solutions to solve the world’s most pressing social and environmental problems.

The broader field of social impact investment, of which K-MSSIC is a promoter, has been spurred by the growing number of millennial and women investors as well as institutional investors seeking uncorrelated returns, has been gathering momentum in the last few years.

At the K-MSSIC finals, the idea of growing interest was echoed by David Chen, co-founder and principal at Equilibrium Capital Group and co-founder of the competition, who noted that the composition of the panel of judges and speakers at the K-MSSIC has shifted from foundations to hedge funds and other traditional financial institutions. The presence of BlackRock’s head of Impact Investing and Philanthropy, Deborah Winshel, as a keynote speaker was another confirmation of where investor dollars are moving. BlackRock, the largest investment manager, now has USD 200billion AUM through an Impact Bond Fund, which seeks to generate commercial returns while investing in measurable social and environmental outcomes.

Our own interest in impact investment was generated through our various experiences in the fields of infrastructure investing, emerging market risk assessment, energy and policy, which drew our attention to the need for focus on value creation for broader economies and societies, which is typically not considered by traditional investors.

Having met Tim, Hong Fei and Apoorve through INDEVOR, INSEAD’s social impact student club, and finding that our interests match and our skills are complementary, we moved quickly to take advantage of the K-MSSIC competition. Inspired by Hong Fei’s experiences in the Indian energy markets and Apoorve’s on the ground energy infrastructure expertise we designed a convertible debt security vehicle to finance the scaling of the effort to install renewable energy mini-grids in rural India, based on a community enterprise operating model. For a country with 250 million people with no access to electricity, many of which are located in remote rural areas, it is not an insignificant task. The project presented at K-MSSIC can be viewed here: http://sustainableinvestingchallenge.org/wp-content/uploads/2017/04/Gram-Prakesh-Mini-Grid-Convertible-Securities-prospectus.pdf

Although the top prize went to another team, the opportunity to travel to New York, meet like-minded students, as well as investment professionals in the field, has been incredible.

However, the most valuable part of the process has been the learning opportunity. Through research and the conversations with many of the stakeholders on the ground in India and potential institutional investors globally, we quickly understood that often the solutions are not financial instruments. A transaction such as this gets done not through contracts but rather through “one hundred cups of tea*” – a tremendous amount of relationship and trust building. In order to solve a social problem, scale is required, which in turn necessitates institutional investors who require a commercial return, the guarantee of which is predicated on secure cash flows from underlying operations. For this to happen especially in emerging markets with fragile economies and poor legal infrastructure and enforceability this requires a lot of community trust building and more than anything - time.

Hence in a world still dominated by impatient capital the field of impact investing is still relatively small (estimated 0.02% of total USD 210 trillion invested in financial markets). And although it is an area of increasing interest among MBA students, it is still a difficult proposition as jobs in the sector are comparatively few and often times with less competitive salaries, a major concern for students constantly obsessed with ROI.

The hope is that the enthusiasm for this field continues to increase as more organizations join the ranks (such as Darren Walker of Ford Foundation announcing that the endowment will be dedicating $1 billion to impact investing) and that policy enabling impact investments (such as reversal by the Obama administration of the 2008 Department of Labor, enabling pension funds to take in to consideration social factors without compromising fiduciary duties) is not undone but rather improved further.

A nod to our fellow INSEAD team - Dorewa Fund and congratulations to the winning team from Kellogg – EduIndia!

*The concept was initially conveyed by David Chen at the K-MSSIC on April 7, 2017.

Lina is originally from Lithuania and has lived and worked in the US, Ukraine and London. Her professional experience is in finance as credit and political risk insurance underwriter and financial analyst for an IFI. Lina is starting in Singapore and looking forward to the Michelin star rated food stands and crossing the Mongolian steppe on horseback.

Delicious Food in the INSEAD Canteen
MBA
Read the blog

663
Don't Let the Turkeys Get You Down!
MBA
Read the blog