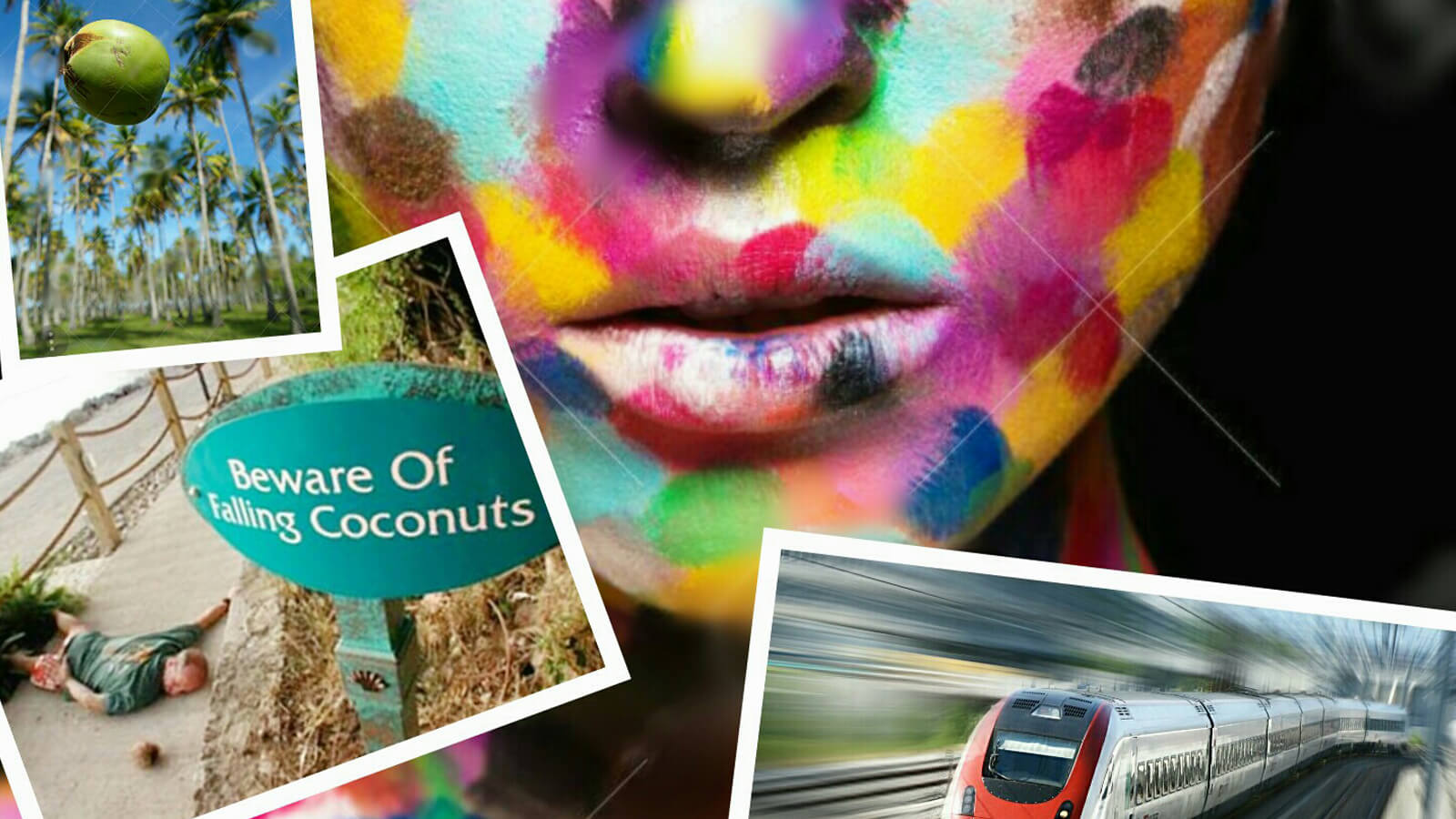 Of Subways, Coconuts and The Fifty Shades of Humanity...

“There was once a man named Klaus. As disciplined and organised as he was, he meticulously planned every single detail of his life to a great level of precision. He planned every day of his life down to its single constituent minute: his commute to and from work, his time to check emails, time to socialize with friends, time to spend with his wife and kids and even the time he took to eat and the number of times he had water every day; everything was planned! So, when he planned a vacation trip with his family, he followed the same level of deliberation. He even selected specific seats in the aircraft which as per his calculations, carried the least probability of a fatal injury in case of a crash! But one day during that trip, while he was having a refreshing glass of orange juice sitting under a ripe palm tree, gazing at the serene and clear ocean-view in front of him, a coconut fell on his head and he died…”

I still remember this story from one of the classes this year during my INSEAD MBA as if it were just yesterday that I heard it; moral of the story: there are certain predictable things in life which we can control and model just the same as a “subway” i.e. taking a ride on a subway/underground train, the exact time it takes to and from the train station, exact time taken by the train, etc; but then a major part of our lives is surrounded by almost completely unpredictable events i.e. “coconuts” which we can’t model at all! The irony is, however, that most of the times we tend to get overconfident, try to model the coconuts and assume that we can…

In formal statistical vocabulary, these coconuts are referred to as the “black swans” or sometimes as the “tail” of a normal distribution. We often assume that such tails are not “thick” and hence, not “reasonably frequent”! When I started my MBA, I too had many such assumptions. The fact that I can control the exact job that I will land out of INSEAD was, for instance, one of them. Blindsided by my beliefs, I tried to model almost the entire process up to the level of detail that at times I ended up debating which of these keywords make more sense in my cover letter: excited or very excited or passionate. I assumed that having the right keywords in my resume and cover letter will almost ascertain which interview calls do I get and in which locations. I tried a lot and I failed a lot, repeatedly, and I ended up over-engineering both of these documents.

However, my efforts did not materialize for a considerable length of time; good enough to make me disappointed and almost quit! Then at some point when I expected it the least, it was as if mountains moved, and I was interviewing with the EU offices of large corporates sitting in the INSEAD Asia campus and with the Asia offices sitting in the EU campus; something that many, including me, would have said is even impossible.

Moral of this story: I was trying to control few impossible to control coconuts force-fitting them into subways. The factors and events, which eventually led me to success in my recruitment, were neither predictable nor controllable even to the tiniest possible bit. I can go on talking about my journey for pages but that would take me away from the point I am trying to establish. I am not saying that my experience alone should be taken for Gospel; after all, one data point alone is as far as it gets from being statistically significant. However, all I can realistically do with my experience is to share it with conviction and transparency so that it may possibly guide others taking a similar journey, now or in future, in some way.

I am glad and proud that through my MBA experience, I was able to define my target career in very specific terms: “customer experience strategy or launch marketing roles in the media and entertainment industry”. However, I am mindful at the same time that the career choice that I eventually made is the “most likely” one to lead me in that direction. It will not “guarantee” the desired outcome immediately and neither is it meant to! Perhaps future, along with its many coconuts and much fewer subways, is meant to be neither known nor completely secured. You can either anticipate the worst and wait for it or have some optimism and look forward to it. Perhaps, we should try to be less like Marlin from Finding Nemo and more like Dory and “just keep swimming”?

Past two years of my life have been a rough journey: I’ve been to the graveyard twice to bury my own kids, went almost bankrupt but somehow still decided to go for and pulled off my MBA. All these varying experiences have at times taken an immense financial and emotional toll on me and I got exposed to few substantial extremes of how differently people could behave around you and towards you in difficult times. I saw a hospital coldly turn a patient away in a life-threatening condition and asked to pay for treatment before they would start it.

Yet in another part of the world where I would expect relatively more complicated problems, I saw another hospital not let their patient leave - without asking which nationality or ethnicity or religion the patient was from - even when the patient explicitly said that she can’t pay for the treatment. I had an interviewer assume and say out loud that I am from some “miscellaneous” South-Asian ethnicity by just looking at my CV photograph and not bothering to read even the third line on the document which says exactly which country which I am from. To the contrary I made friends at INSEAD who, without even my telling them, kept track of all the crises happening in my life and made amazing things happen for me at times when I wouldn’t imagine so. All of these friends are my friends for who I am and what I represent, and I never felt any ethnic, racial, language, geographic, religious or any other form of bias hinder our friendship or our behaviour towards each other.

At INSEAD, we openly talk about and debate on diversity and all forms of discrimination; heck, we even joke about it at times! But, we don’t use diversity as an “excuse” to discriminate. This is second most memorable feeling that I am walking away with from INSEAD: the inclusivity and celebration of diversity. Having been through the kind of highs and lows in life that I have in past couple of years, I firmly stand by the fact that life is too short to keep fighting over petty issues and it certainly feels like nothing short of heaven when you get treated fairly without any biases!

Maybe INSEAD is not entirely there yet but it’s definitely an institute which is trying to get there and has been making an honest effort towards it. This day onwards, if I can spend a lifetime searching for another INSEAD, and even creating one if I don’t find one, it would not be a wasted life! It’s been a pleasure interacting virtually with all of you during this year. If at any point in life, you decide to go for an MBA and are looking for guidance before, during and/or after making the decision, I would be more than happy to share my experience.

Ahsan is currently a student at INSEAD MBA Class of December '17. Prior to INSEAD, he was based out of Bahrain working with Mondelez International as the Startup Lead for a greenfield initiative. He is an engineer and has worked previously with P&G for seven years in various functions within operations management.

Pre-MBA Dilemmas We Choose to Forget
MBA
Read the blog

622
Change, accelerate, be global and have fun
MBA
Read the blog