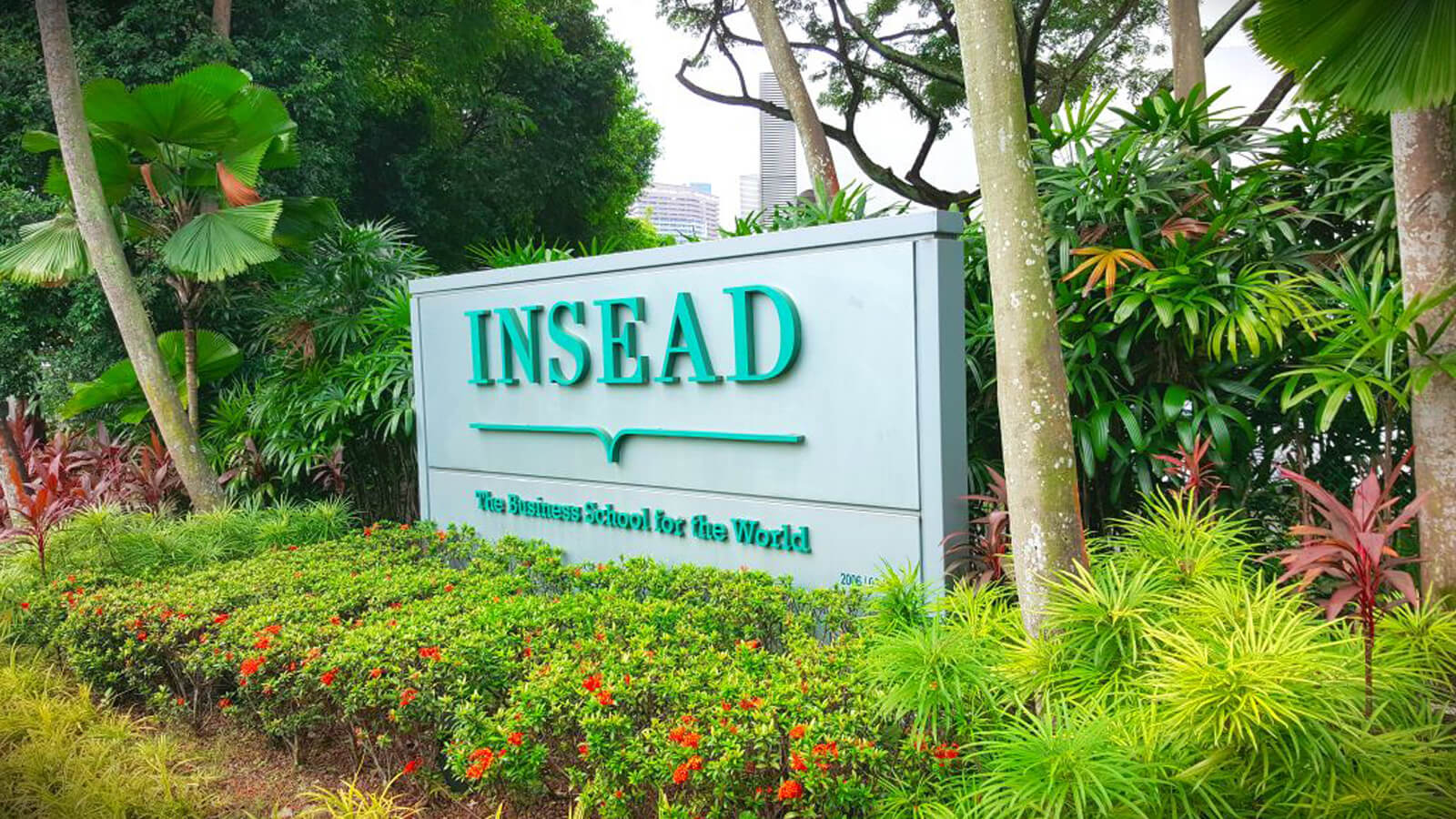 First day in Singapore. Yet, so much had already happened before I even got there.

Your MBA Starts Long Before You Set Foot on Campus

I don’t see INSEAD’s MBA as a one-year programme. The real MBA journey starts long before you set foot on campus. In my case, the period before arriving in Singapore was a transformative one. The application process initiated the change, as I dedicated considerable time to introspection (more on that in a previous post) to find out my core values and the person I would like to be. However, the transformation really picked up when I received the famous admissions call. All students probably remember the moment they received a phone call from a number starting with +33 and “Fontainebleau” written below it. Let me tell you how the nine months between this call and my arrival in Singapore changed my life.

Before applying to INSEAD, I was collecting achievements of which I could be proud, and I never had enough of them.

While it may indicate strong ego issues, I am convinced that I am not the only one. Highly competitive environments are full of never-satisfied overachievers. However, some achievements are done for good reasons and others are not. Many of mine fall into the second category.

Like many people do, I enjoy being good at something and being recognised as such. This is probably the reason why I strived to over-perform at my previous job, gather financial certifications and learn multiple foreign languages. I had always wanted to achieve more and do better. Not better than what I was doing at the time, but better than others. It might be a wrong reason, but it is the truth.

I now openly admit that I have always been a highly competitive individual and that I have drawn a lot of motivation out of it. However, I changed. When I received the call from Fontainebleau telling me that I was accepted in arguably the best MBA programme in the world, I had the feeling to have finally achieved the goal for which I had been fighting for the previous ten years. I was finally “satisfied” with what I reached and felt this overambitious competitive spirit fade away. I was ready to start a new chapter.

After the first wave of joy and excitement, a sense of responsibility filled my mind.

I do not regret having fought so hard for many years for wrong reasons, because ultimately, it got me where I am today. Somehow, I needed to go through this journey before being able to turn the page to something more meaningful. The long fight was a quest for self-fulfillment.

Following the admission, I decided to reward myself for this “ultimate” achievement by doing something I would really enjoy.

I identified my three passions in life: running, writing and rising to challenges, then I gave thought to how I could combine them. I found a race in which I could compete: the Ironman European Championship, and began training. During the same period, I started writing about my expertise, finance, and posted my first article on the topic less than a month later. When, after six months of training, I completed the triathlon, I also wrote an article about it. And here I am, still writing.

Finishing the Ironman was another achievement I added to my list, but this one was very different from the previous ones: this time, I did it for myself. The same goes for writing: I do it, because I really like it. Am I still a highly competitive person? Well, probably, to some extent at least. Is it wrong? I don’t know. Some people might think that it is. Personally, I believe that it depends on the reasons why. And even if it is for wrong reasons, it may be one step of a process that might lead to a bigger purpose.

If you are considering applying for INSEAD’s MBA programme, you probably also have something of an unsatisfied overachiever in you. I don’t think it is wrong, but I believe it is worth identifying the underlying reasons for it. The earlier, the better. And . This transformation is an integral part of the MBA journey, even if it happens off-campus. In my case, it was about my competitive spirit but it might be something very different for you. The important aspect of it is to be ready for a change and embrace it when it happens. I learned a lot out of it and I wish you that it happens to you too.

Born and raised in Brussels, Thomas studied economics in the Netherlands before moving to Austria. He joined the most sustainable bank in the world to use finance as a force for good. In addition to his passion for writing, he also is a running enthusiast and amateur triathlete.

Turning My INSEAD Year into Two!
MBA
Read the blog