The TIEMBA Programme enabled me to look at risk differently – and to take a risk with my career. 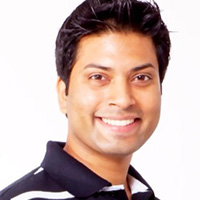 Why do you think the TIEMBA has become such a success in such a short time?
The programme combines the best of INSEAD’s global EMBA with the whole China phenomenon. There’s such huge curiosity about China at the moment. And who better to learn from than Tsinghua professors who are also government advisers? It seems to me that INSEAD and Tsinghua have each chosen the perfect partner!

Did the programme deliver what you wanted it to?
Although I was the youngest in the class, I was looking for a recharge. At the time, I was a general manager for a multinational, which I joined after selling a company I founded as a student. I’d been there for nearly seven years and I’d started to rely on “muscle memory” – doing things in the same way every day. The EMBA gave me the fresh perspective I was looking for, but much more besides. It changed my career trajectory.

How exactly did the TIEMBA exceed your expectations and change your career?
It enabled me to look at risk differently – and to take a risk with my career. At the time, I was just two promotion levels below the CEO. But I decided to leave and become a consultant in order to gain new skills and some work-life balance. It was an unusual strategy that worked out, because I’m now a CEO.

As a CEO, how do you use the learning from the TIEMBA?
I model a lot of my management techniques on the Leadership Development Programme. I remember the sense of feeling vulnerable and emotionally “naked” very vividly – and eventually, I came to look forward to it. Now I’m using similar methods with my senior management team. It’s very helpful in breaking down the hierarchical culture that prevails in India.

Do you recommend the TIEMBA to other people?
Of course, but I also warn them that’s it’s unique. There’s nothing else that fuses the two worlds of East and West in the same way. And you have to do it at the right moment in your career. So it’s not for those who are just looking to tick the box so that they can put an MBA on their CV!

Do you have any prediction or recommendations for the next ten years of EMBA at INSEAD?
China will still be a powerhouse in ten years’ time, so the TIEMBA will still be as relevant as ever. But I also believe in the future of India, so it would be great if INSEAD could do something similar there too. And Africa too in due course. It would be even better if INSEAD could merge some of these emerging market experiences in some way. It’s fascinating that emerging markets offer the same broad challenges, such as how to deal with corruption, but the details – and the solutions – are very different in each case. 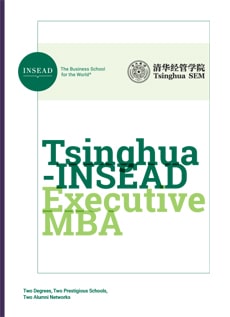 TIEMBA has been pivotal in my career advancement and personal development.
Irene Chong
Tsinghua-INSEAD Executive MBA
Read the testimonial
1015