From competitive athletes to military personnel and social entrepreneurs, a plethora of talent makes up our new MBA Class of December 2018. . Here are some (out of the many) outstanding students from our latest MBA class. 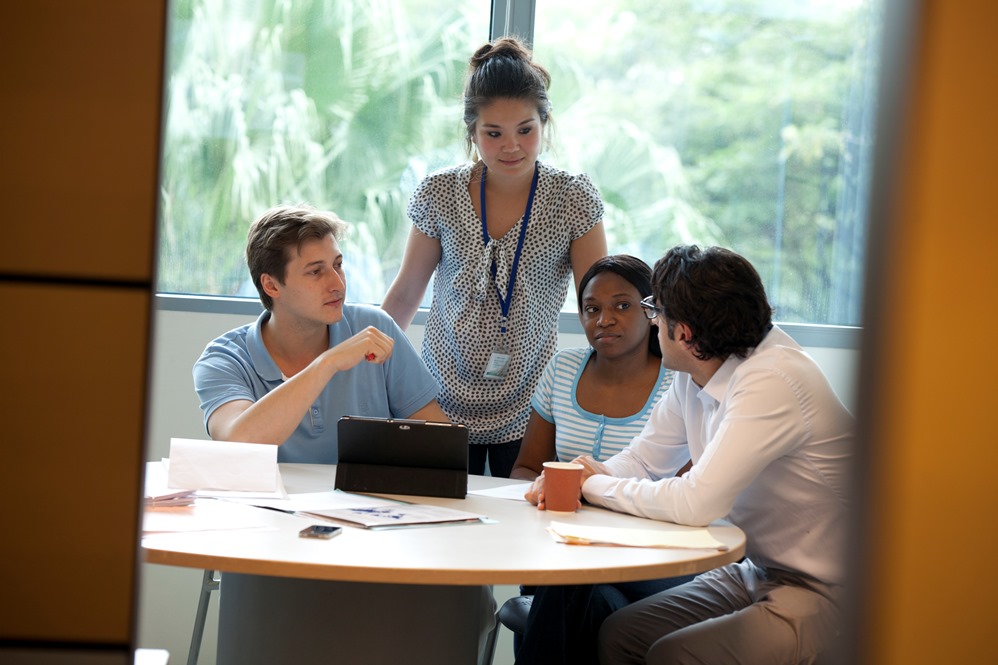 Before Michele Cursio and Sarah Amrein joined the consulting sector, both had laudable sports achievements under their belts. Training twice daily during his competitive years, Michele was a professional swimmer during his teens and clinched the first runner-up position at the National Championship 2004 in his home country, Italy. He graduated with a Masters in International Business from Università Bocconi and joined the Boston Consulting Group as an Associate.

Sarah holds a Master of Science in Medical Biology and was working at Mckinsey as an Associate before joining INSEAD. She excelled in synchronised swimming and represented Switzerland in the European and World Championships. She went on to win the US National Championship title in 2009!

For Marta Munoz Souweine, her passion for music runs deep from a young age. She started playing the violin at the age of six and was enrolled at the Conservatori Superior de Música del Liceu where she studied for more than 10 years. On top of pursuing her studies at the conservatory, she had the opportunity to be a student of Ala Voronkova, a famous violinist in Barcelona. Marta also played in several orchestras such as the Conservatori del Liceu, Can Ponsic and Diaula, and has even won music awards. Thereafter, she went to the Universitat Politècnica de Catalunya and graduated with a Masters in Mechanical Engineering. Prior to INSEAD, she was with Oliver Wyman as an Engagement Manager. 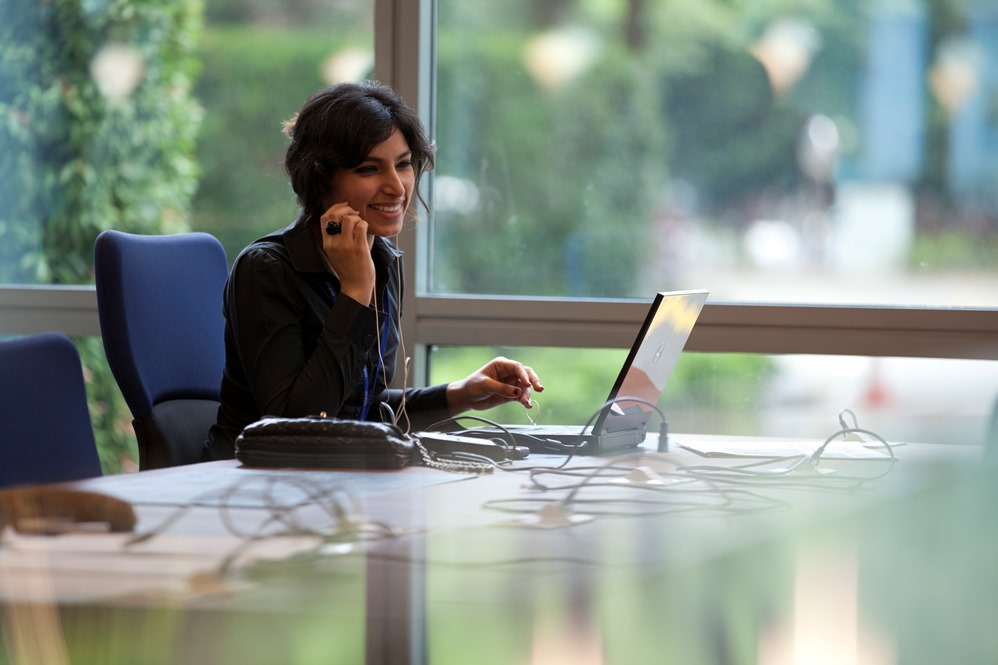 Meet two of our top GMAT scorers who both achieved an impressive 770: Ekaterina Kuznetsova and Mohammad (Moh) Mashayekhi. Ekaterina is of Russian heritage, carries a German passport, and has spent most of the past decade in Switzerland. While her formal training is in the sciences (Master of Science in Physics from ETH Zurich), Ekaterina’s professional interests are more firmly grounded in business, which is not surprising for someone who joins the MBA programme from McKinsey & Company. Moh came to INSEAD with work experiences in the United States, Venezuela and Iran, where he is from.  While working as a bond trader in New York, he took up the challenge to work for a construction company in Venezuela. He then returned to Iran to help run two family businesses. 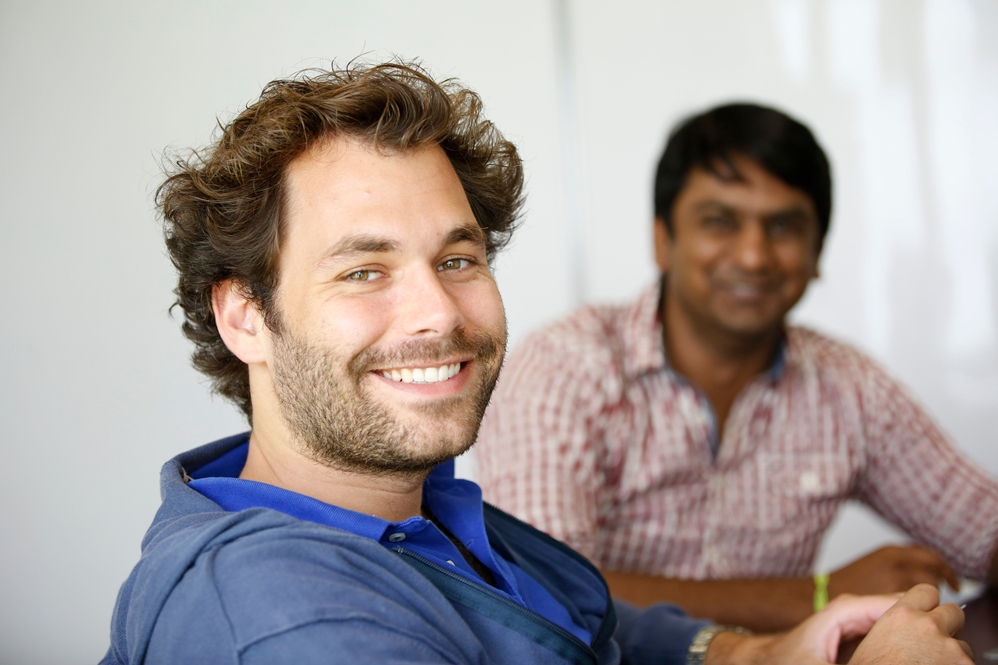 Rodger Douglas’s long-term interest lies in unlocking potential in the agricultural sector for developing nations. He has a remarkable career path in agriculture and dairy farming, not just in New Zealand where he is from, but also in Brazil where he gained some enriching experience setting up and running a dairy farming business in a frontier and remote region of the country.

Angelica Mandaric was born in Bosnia-Herzegovina, but left home at the age 14 to pursue her education, funding her new life by becoming a professional concert pianist. A first-generation college graduate, she is now a PhD candidate at the Centre for Performance Science (a cross-institutional partnership between the Royal College of Music and Imperial College London), a social entrepreneur, and a strategy consultant. Before INSEAD, she co-founded an NGO whose work, supported by the European Commission, raises educational and cultural standards, reduces unemployment, and addresses post-war tensions between ethnic groups in Bosnia. Since leaving home, Angelica has lived in 11 cities across six countries.

Canadian Jean-Christophe Mortreux is a successful entrepreneur who created wind turbines before selling off his patents and company. Jean-Christophe’s passion for renewable energy continues to burn bright and he hopes to use the new knowledge gleaned from his MBA to create more environmentally sustainable start-ups in future. 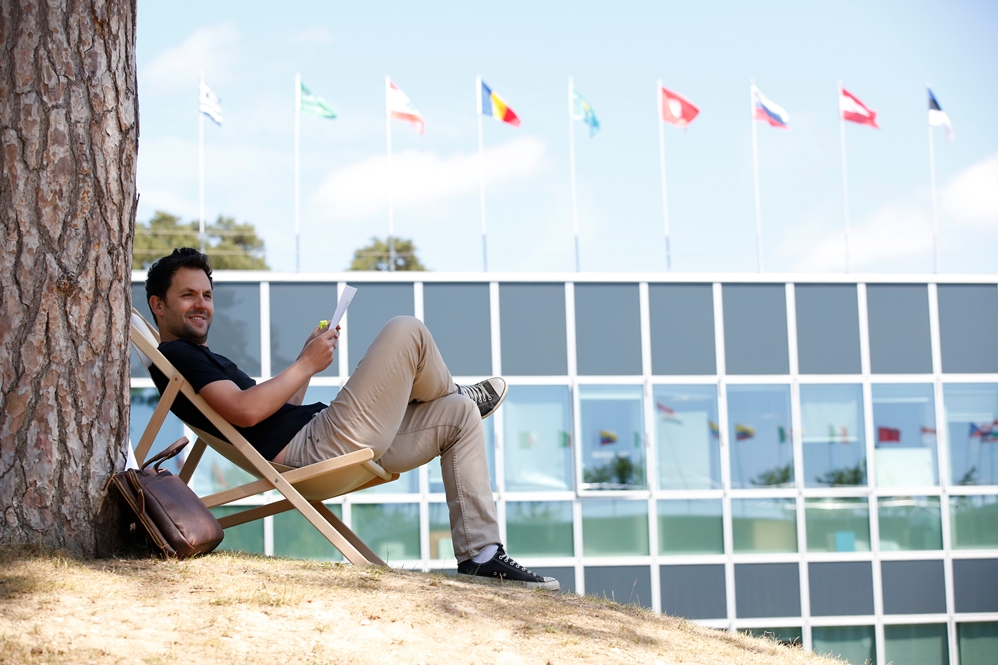 Maria Nunes Pereira from Portugal is an outstanding achiever recognised by Time Magazine, Forbes and MIT’s “Innovators Under 35” for her research work. During her PhD studies, she developed a life-saving technology that can be used in minimally invasive heart surgery. She is now the Chief Innovation Officer at a biomedical start-up company, created to translate her work from the bench to the bedside.

Amongst the handful of professionals from the legal industry is Victor Lim who graduated with a Bachelor of Law from the National University of Singapore. Beyond his work as an Associate in a law firm, he has been an active volunteer with the Law Society of Singapore since 2012, rendering pro bono legal services to low-income families.

We also welcome a recipient of the French Medal of National Defense – Isabelle Albertalli – who received several awards while studying at École Polytechnique. By the age of 26, she has already been both an army officer as a Platoon Leader Assistant and a McKinsey consultant.

Our list of exceptional individuals goes on and we are excited about the year ahead as our MBA Class of December 2018 begins a new chapter of their lives at INSEAD!

#8a75b3
Mid-Career Professionals
The Power of the INSEAD Network: Courage, Compassion and Community
Read this article
5161

#8a75b3
Mid-Career Professionals
Is the INSEAD MBA worth it?
Read this article
4981