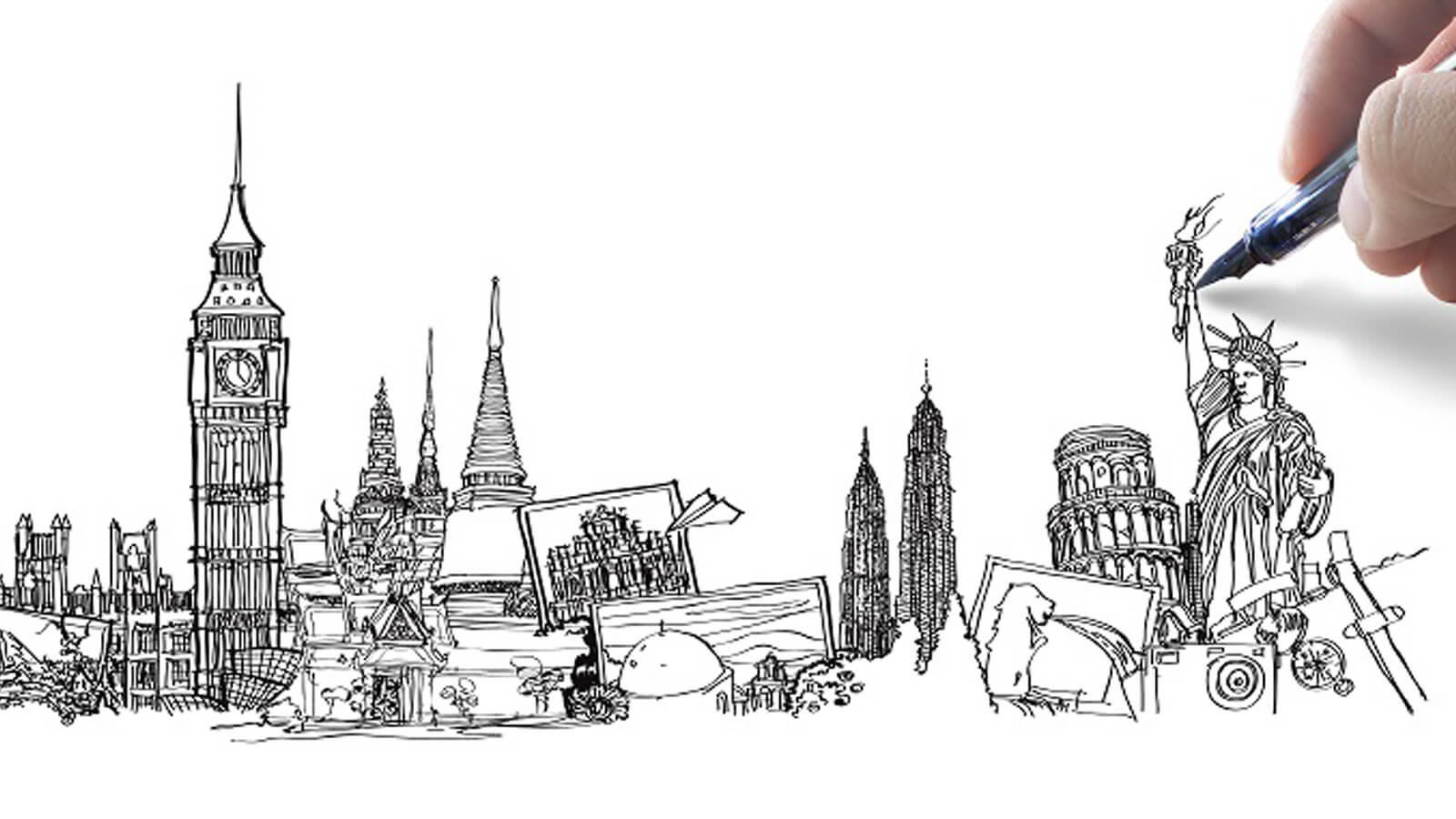 Business Makes the World Go Around, and I Want to Go Around the World with It.

There is no disaster on this earth which I enjoy experiencing quite like a good old existential crisis. To be forced to examine all the things in life, which up to that point had held meaning for me, inevitably leads to new paths.

Let me tell you a little story about how I transitioned out of my last crisis and into my wanderlust.

Towards the end of 2012 at the tender age of 24, while living in Toronto, I began to develop a strange feeling. Something deep was stirring in me and I couldn’t put my finger on it. There’s something that I want, and I don’t know what it is.

What I knew was that  I began to question whether I wanted to continue to lead a stable, predictable, routine life.

As fate would have it, my best friend at work said that he wanted to go to China in September of that year, and in a surreal moment I asked him if I could go with him before I could even stop myself. He quickly agreed. Soon we were making plans for our first backpacking trip. We kept our itinerary loose and booked hostels in cities along the east coast.

In the weeks before the trip I was coming alive again. It was the anticipation of going through an experience that I had not yet lived.

The defining moment to an outside observer may have seemed quite unremarkable as it unfolded. Having just arrived in China, my friend and I were on a subway train headed towards our hostel in Shanghai. Even though Shanghai is a mega business city, I didn’t observe as much cultural diversity within the train as I normally did in Toronto.

Standing next to us was a Western man. He had a long gothic-style beard and a loop earring on top of his left ear. My friend whispered to me “do you think he’s a backpacker?”. I looked at the man, and he looked back at us. It was strangely quiet in the cabin except for the chugging of the wheels across the metallic rails.

On impulse, I asked him where he was from. He casually replied that he was from the States; he had just finished a teaching contract in a city called Wuxi. He had a friendly smile and strong eyes.

He told us about how much he enjoyed living in China and how easy it was to start a life there. I was intrigued, and asked him how this was possible. “Simple.” was his response. He extended his right hand to me and his left hand to my friend and shook both our hands simultaneously. He asked our names, then told us his and said: “Now you see we’re friends, and we’re connected.”

In that moment, I was liberated from the invisible barriers in my mind that were holding me back from dreams of living in exotic foreign lands. What it really came down to at that fork in my life path, was a question. Do I settle down in Canada, get a house, get married, start a family, retire and die? Or do I feed the wanderlust inside me and keep searching for a way to hold on to that powerful yet transient satisfaction I can only experience when I’m meeting new people and being surrounded by the strange and the new?

Fast forward a few years, and I’m on my way to do an MBA at INSEAD… Why?

Well, quite simply, in late 2013, about a year after my trip to China, I took a year-long leave of absence from work to travel.

Upon my return to work, I realised that I no longer wanted to separate travel from everyday life. There is so much to experience in the world, and so many kinds of people to meet. I anticipate that the INSEAD experience will be a microcosm of that. What with the cultural and professional diversity of all the incoming students, as well as the requirement to speak at least three languages by the time you graduate. I’m sure that at INSEAD I will feel like I’m travelling and at home at the same time.

Here’s another reason: Traditionally, backpackers sustain themselves financially in foreign countries by working at little shops and cafés, by blogging, or by teaching English. I have considered quitting my career with the government to travel and work in those jobs, but quite frankly that would have been a huge sacrifice on my part. I don’t just want to travel, I also want to maximise my contribution to this world. I believe that the best avenue for that would be an international career which can harness all my skills, one that will leave me exhausted at night and excited for what’s to come in the morning. Strategy, communication and leadership are my three strongest skills, and I know that INSEAD will bring them out and polish me into a better version of myself.

INSEAD’s international alumni network is very accessible and quite powerful. I will be reaching out to the multitude of helping hands along the way, and hope that one day I will be the one pulling the younger alumni up. Wherever I may be.

722
Power of a Foreign Language
MBA
Read the blog

854
The Journey to Discover Why
MBA
Read the blog