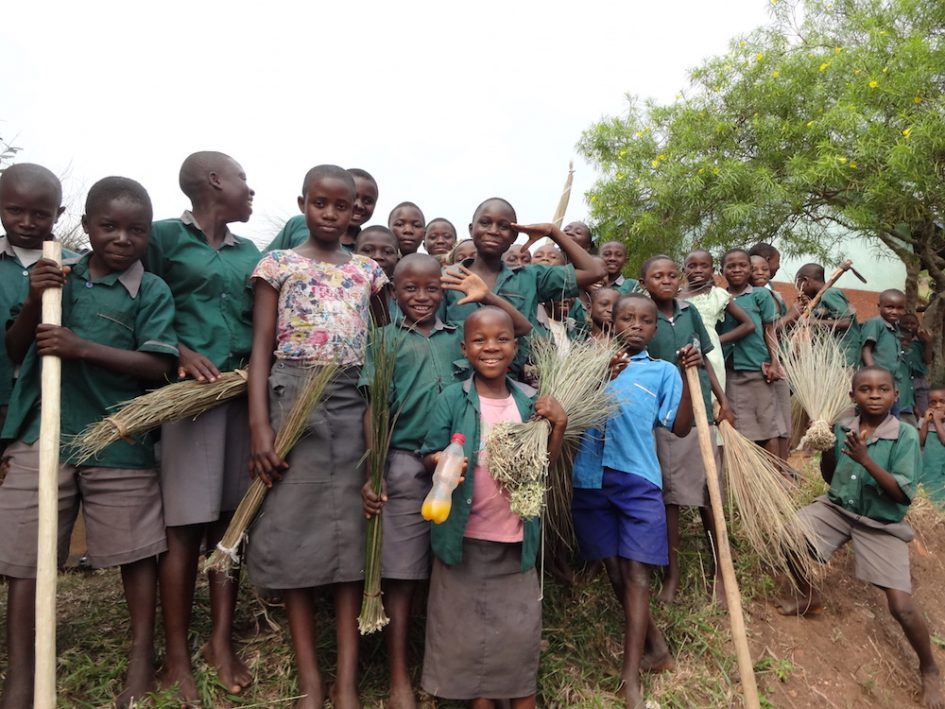 Having studied and worked all my life in and around Montreal, INSEAD is my gateway to international opportunities. So much learned in the first half of the MBA. As practice makes perfect, why not a summer internship to practice all of this?

What one might expect coming in Africa with an outsider’s point of view is to have many misconceptions shattered. Of course, it’s easy to think about Africa as a continent, one continent. But how about viewing it as 54 different countries?

I’m sure you’ll agree that what you can expect from such a large number of countries means an infinite amount of diversity in the landscapes, cultures and people encountered. Even with a full book store, one couldn’t think to fully describe such a rich area in a very comprehensive manner. Here’s a brief look at what summer in Uganda, for a Montrealer, looked like, as I explored cultural experiences and differences in a very hands on way.

Six weeks of summer 2015 spent in Uganda, right on the equator, is a sweet deal. 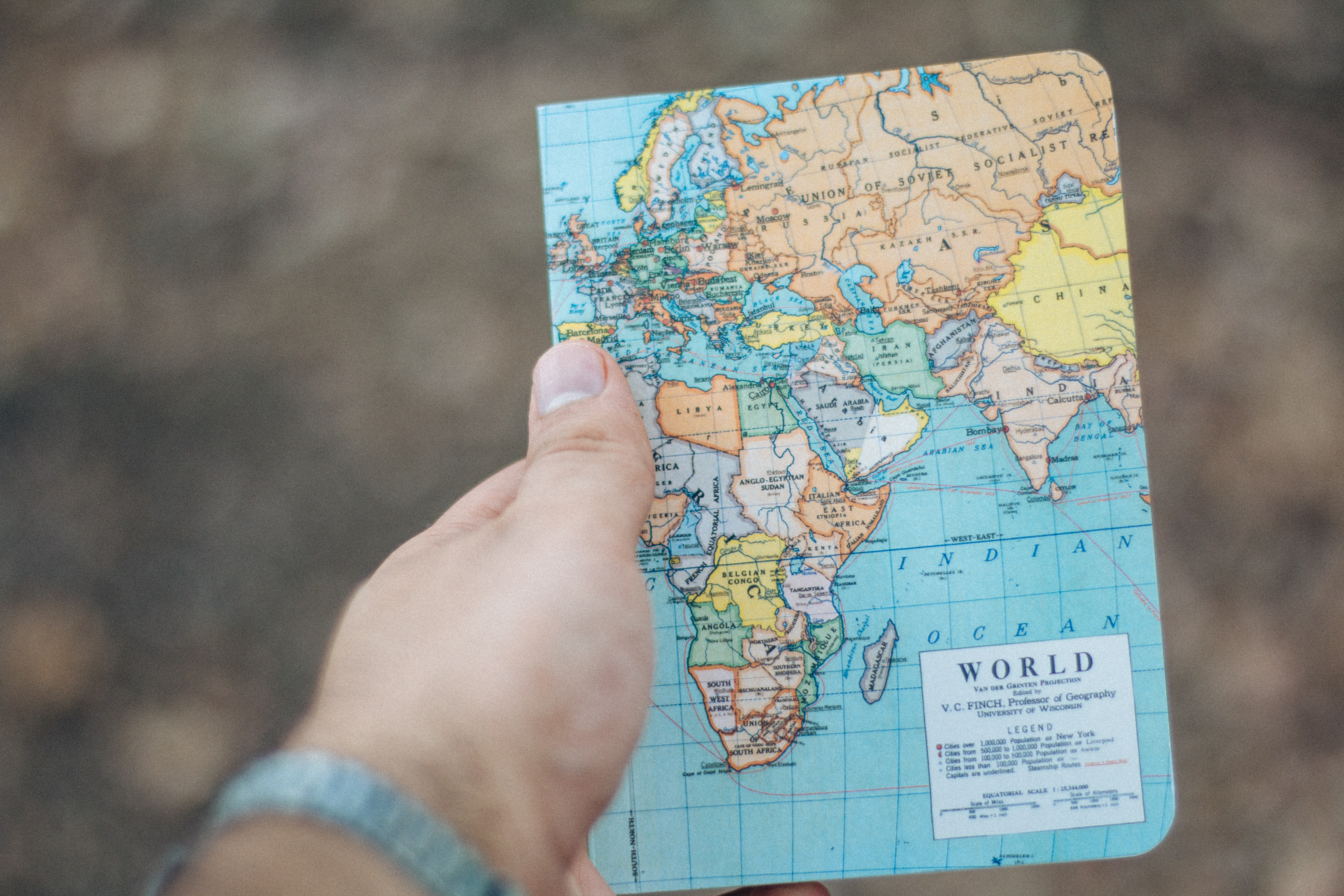 I got to spend my summer break hanging out in the back of a pick-up truck, meandering in the Rwenzori Mountains on the DRC border. I was driven around to interview coffee farmers, with the help of an interpreter, as part of a corporate subsidy programme to develop the coffee farming community.

A few days after my arrival, I learnt of my new identity. I was mzungu. Not “Sir”, not “Mister”, not “Excuse me” nor “yes please?”

“Mzungu!” Which means “white man” in Swahili. It’s not a derogatory term around here. It’s just giving back the true vocabulary to words that political correctness stole away, the correctness that plagues Western society. White man indeed! I won’t deny that.

Unmistakably, every time we arrived in a new village, people were attracted by our nice Nissan 4×4. When the mzungu came out of the car, this was when the full house event began. The best of these events were when a school nearby had kids on recess or finishing classes. All of us were in for a real treat! Between 100 and 200 kids circled in, just staring at us—me. Once in a while, I’d look back at them, and they’d start giggling, hiding behind their friends the same way I would if I were a teen groupie meeting Slash or Keith Richards. And if ever I smiled or winked at these kids, they’d run back to their friends and start chatting excitedly covering their mouths behind their hands, maybe unaware I didn’t understand a word they were saying.

As we left the village, there was the ‘encore’ or curtain call. All the kids started running after us, and they finally got their voice back, yelling, “How are you?!” “Mzungu!” “Bye bye!” They were absolutely thrilled to give me a high five through the car window. Whoa! Is this how Rocky felt when he was running with the 200 kids in the streets of Philadelphia, right before climbing up the Rocky steps? At one point, an elderly woman actually told my colleague, “Thanks for bringing a mzungu with you.”

The insightful part began when I started talking with my Ugandan colleague.

He told me that the population got really excited when they would see a mzungu in person. I understand that many kids might have never seen one before and they may end up totally beside themselves with joy and excitement. The other locals, on the other hand, are excited because of what we represent to them. They just seem really happy to see, talk, meet and shake hands with a mzungu.

My colleague would then continue, ”You know, because of our colonial past, we are used to perceiving the mzungu as being able to lift the community welfare, and we look up to them. We usually see the mzungu coming around in nice cars. In a country where we might have 10 to 15% of the population that can afford a car, this is definitely not trivial.”

All kidding aside, it is not without a certain level of discomfort that I analyse and absorb the situation. I really wish those kids looked up to me for an objectively better reason than because I was born in a mzungu’s body, from mzungu parents. Indeed, if you’re reading this, you may have picked up on the fact that I was born in a fortunate situation, where I have never lacked anything, neither material nor immaterial. I am not prone to being a target of racism, sexism, discrimination because of sexual orientation or religious beliefs, not even for economic or political beliefs. Smooth sailing. Smooth sailing.

I would feel a lot more comfortable, and I might even enjoy the high fiving and ego trip a little bit had I negotiated a treaty ensuring long lasting peace in the Middle East. Or found the cure to world hunger. But still, my colleague carried on, “You inspire these kids. They look up to you, and the mobility you have is a source of motivation for them—for us.”

Then I put my thinking cap on. I haven’t really discussed the following with lots of other people yet. You reading it is sort of a prime time, if you wish.

The reason why the locals look up to the mzungu is probably for all the wrong reasons, such as the colonial past, global famine relief efforts from the late 70s and 80s, or the fact that white people generally live in “rich countries”. But let’s be constructive. In a broader context, let’s agree it probably doesn’t matter why or how one inspires people, or even how people end up looking up to someone. The bottom line is that you end up having a certain impact or effect over a group of people. In my case, this temporary impact was over kids who have both the strength and vulnerability of being mouldable and easily influenced.

In the end, all that matters is what I did with this situation.

Of course, I might eventually feel better if I discover the cure to HIV. But it doesn’t matter how I feel. When in this position, shouldn’t it being about others? How about making something good out of this possible impact?

I really look forward to discussing this with colleagues, family and friends, especially those who do have this inside look from Africa. But until then, , and don’t fret too much about the why. You might have more impact than you think in helping shape others’ future. This might be happening on a small scale, but it may also be happening in some sort of mystical butterfly effect. Either way, this does lead you to having the power to change the world for the better. One step, one kid, or one opportunity at a time.

​​​​​​​10,000 Miles in a Jeep Wrangler: The Summer Internship Experience
MBA
Read the blog

638
ALX - A Mission to Transform Africa
MBA
Read the blog