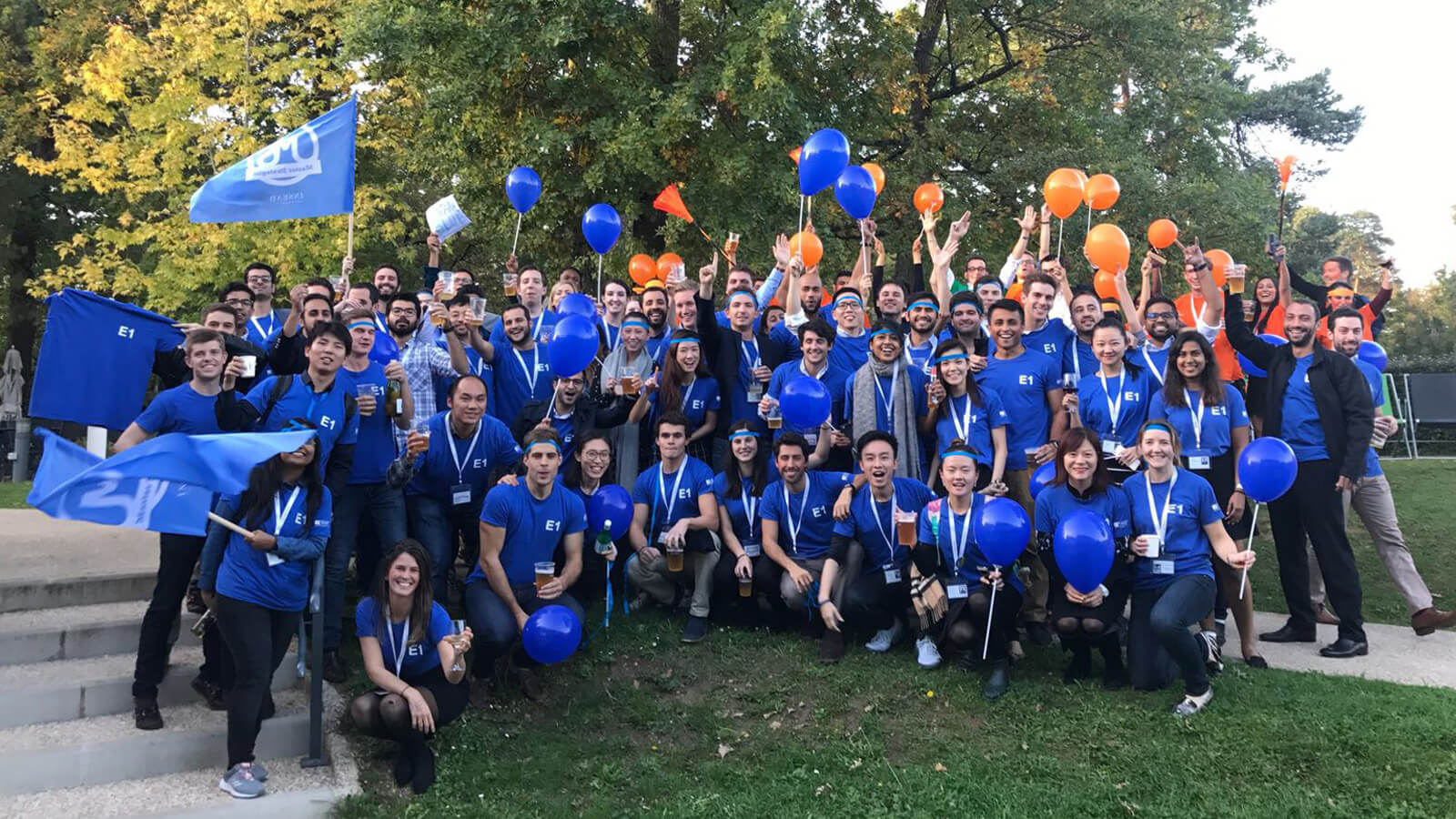 December Break Reflections and The Sehnsucht for P1/P2

When you are in the process of learning a new language, some words you encounter actually define a concept or pinpoint feelings very specific to a certain culture or lived experience. The German word Sehnsucht is to me one of these – similar to the Portuguese word saudade coined popular by the song of Cesaria Evora, it describes an ambiguous emotional occurrence of “longing”, “yearning” or “intensively missing” (“die Sucht” - addiction, dependence) for past experiences, and perfectly captures the melancholia that most of us are starting to feel, now either winding down during the break following the end of our core courses and the intense four months spent with our respective sections; or having reached graduation day with flying colours and transitioning to the never-ending P6 for our fellow students from the 17D former promotion.

As they say time flies when you’re having fun, and I must mention that one week on campus would typically match one month of “real life” as per the whirlwind of classes, cases, activities, clubs, career plans, travels without forgetting about quirky traditions & events that do only exist at INSEAD.

Reflecting on these past weeks, the highlights from my side counted amongst the following:

At the end of P2, which means end of December for us 18J, most of our peers are parting ways and scattering on different campuses in Abu Dhabi, Singapore, Wharton & Tsinghua, only to gather together again in P5 on the occasion of our graduation day in July in the Château of Fontainebleau.

As much as the INSEAD experience is by many aspects artificial and far from being representative of the reality of the outside world, by being segregated in this village we are also becoming rapidly closer to each other, surprisingly living through very authentic moments of ups and downs and establishing lifelong tribe bonds, in a way you thought that couldn’t be anymore possible since your primary school or undergraduate years.

Chat for 10 minutes with a MBA outsider these days and you are prone to get yourself challenged on how MBAs are more of a hardcore party and social scene than all about studies, GPA, whatnots and making it onto the Dean’s list; I’d argue that even within a work environment, the seemingly insignificant bonding moments are key: when you’re having a chat with colleagues in the morning at the coffee machine; when your boss invites the whole team to the restaurant to celebrate a colleague's birthday; when all subsidiaries fly to the company HQs to attend the yearly global seminar; or when families are invited to gather together for the Christmas company celebrations – all these informal moments which help create understanding, build on informal learning and facilitate communication.

Many Alumni do refer to INSEAD as the best year of their lives, I believe very much so because of the intensity of the emotional experience and the community and family feeling co-created through the multiplicity of interactions. Something you wished to be able to reproduce in your work environment in a post-MBA context.

One of my interests when coming to INSEAD was to get a better understanding about how great teams are being built, made of and how to keep their dynamic long-lasting, as coming from my previous assignments I’ve experienced team-building as rather of a (complex) art than a science. According to a study from the Harvard Business Review in The New Science of Building Great Teams, individual reasoning and talent interestingly contribute far less to team success than one would have expected. The best way to build a great team is not to select individuals for their smarts nor accomplishments, but to learn how they communicate and to shape and guide the team so that it follows successful communication patterns, mainly using three aspects of communication that impact team performance, the energy (measured by the number and the nature of exchanges between team members), the engagement (which reflects the distribution of energy amongst team members) and the exploration (which involves communication that members engage in outside their team).

As communication is key, any single socialising moment actually helps on building a better understanding of other group members and therefore turns out to be deeply critical to team performance, often accounting for more than half of positive changes in communication patterns – and here is where the bundle of socializing activities built around the MBA academic program facilitates just that, allowing us to be more efficient in our teamwork and group projects. Beyond the hard skills, the INSEAD experience is also very much about honing one's soft skills whilst constantly treading in a demanding environment of cultural uncertainty.

But for now, with the end of year 2017 we'll flag a last way successful teams are built to last, in taking time to celebrate success together. This goes beyond acknowledgment, but rather is about taking a step-back and reflecting on what we have accomplished and learned throughout our journey so far. Now off to more P3 adventures - and wishing a very Happy New Year 2018 to all readers!

Audrey is a French-Swiss dual citizen with extensive experience within premium and luxury goods industries all along the value chain, from product development to operational deployment and retail excellence. Prior to her INSEAD MBA she had the opportunity to work in 7 countries within Asia and Europe and speaks a range of 6 languages. When not flying to some exotic destination she's a scuba diver and an avid runner, so PADI divemaster certification in Singapore & wild boar forest running in Fontainebleau are definitely on the roadmap. Audrey is truly passionate about Korean culture and its Hallyu wave spreading all over APAC, from Park Chan-wook's & Na Hong-jin's thriller movies, to Cheongdam-dong & Garosu-gil's concept store hideouts and Mingles' & Jungsik's contemporary Korean cuisine, also it wouldn't be unusual to find her digging about hanok architecture around Bukchon Village in her spare time.

675
More than Oil and Shopping Malls
MBA
Read the blog