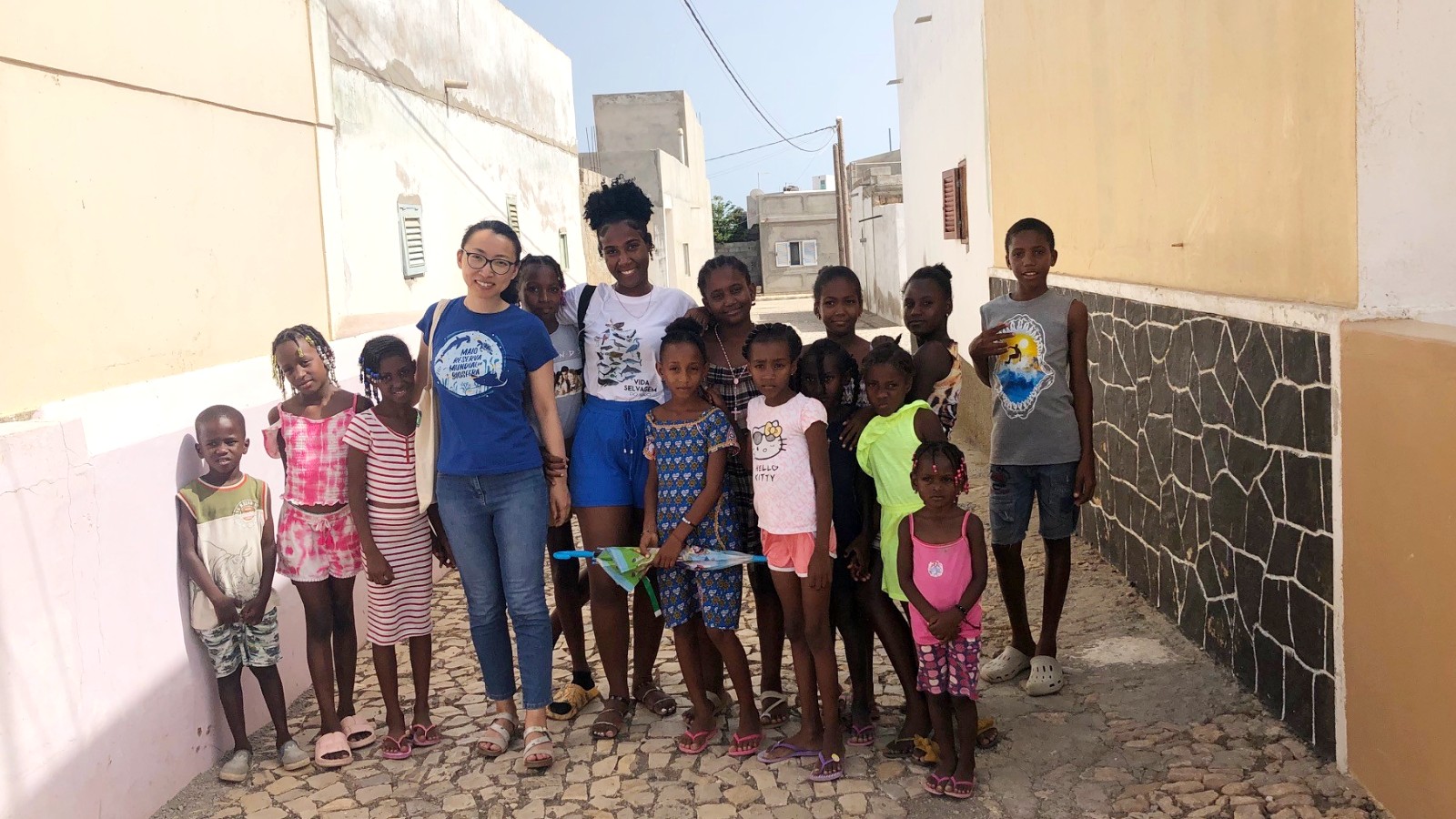 I first learned about FMB (Maio Biodiversity Foundation) – a non-profit organisation dedicated to the protection of local biodiversity and ecosystems in Maio, a small island in Cape Verde off the coast of West Africa – in our Organisational Behaviour (OB) class at INSEAD. FMB was also the focus of INSEAD Master Strategist Day in October 2021. It was a beautiful and interesting case presented in VR format, followed by a brainstorming session in groups and a discussion in class.

The three major issues we were asked to tackle were the conservation of sea turtles, the funding problems, and the retention of talent at FMB. We were impressed by the natural beauty of the small island so much that almost all the solutions proposed were focused on eco-tourism – developing it to boost the local economy and preserve the ecosystem at the same time.

The eco-tourism proposal seemed a no-brainer and an easy way to address the three issues all at once, but why had it not been developed all these years? Were there hidden constraints hindering its implementation? Was eco-tourism really a good idea for FMB to fix the problems and improve the welfare of the local community?

If not carefully managed, eco-tourism can be no more than a trendy concept, attracting irresponsible tourists and businesses, eventually damaging the local ecosystem. Haunted by these doubts, I was excited about an internship opportunity at FMB earlier this summer and was selected to work onsite together with the FMB team to formulate strategic plans for communication and marketing, as well as for fundraising.

After four hours of flight and two hours of ferry, I finally arrived at Maio island where I would spend six weeks living and working with the locals. The first two weeks were spent mostly on field work to learn about the local life, local communities and FMB’s work, observing, talking, and participating in activities such as homestay, door-to-door campaigns, sewing workshops, turtle patrol, and a microplastic study. From these experiences I learned the strengths and challenges of the island and the organisation. 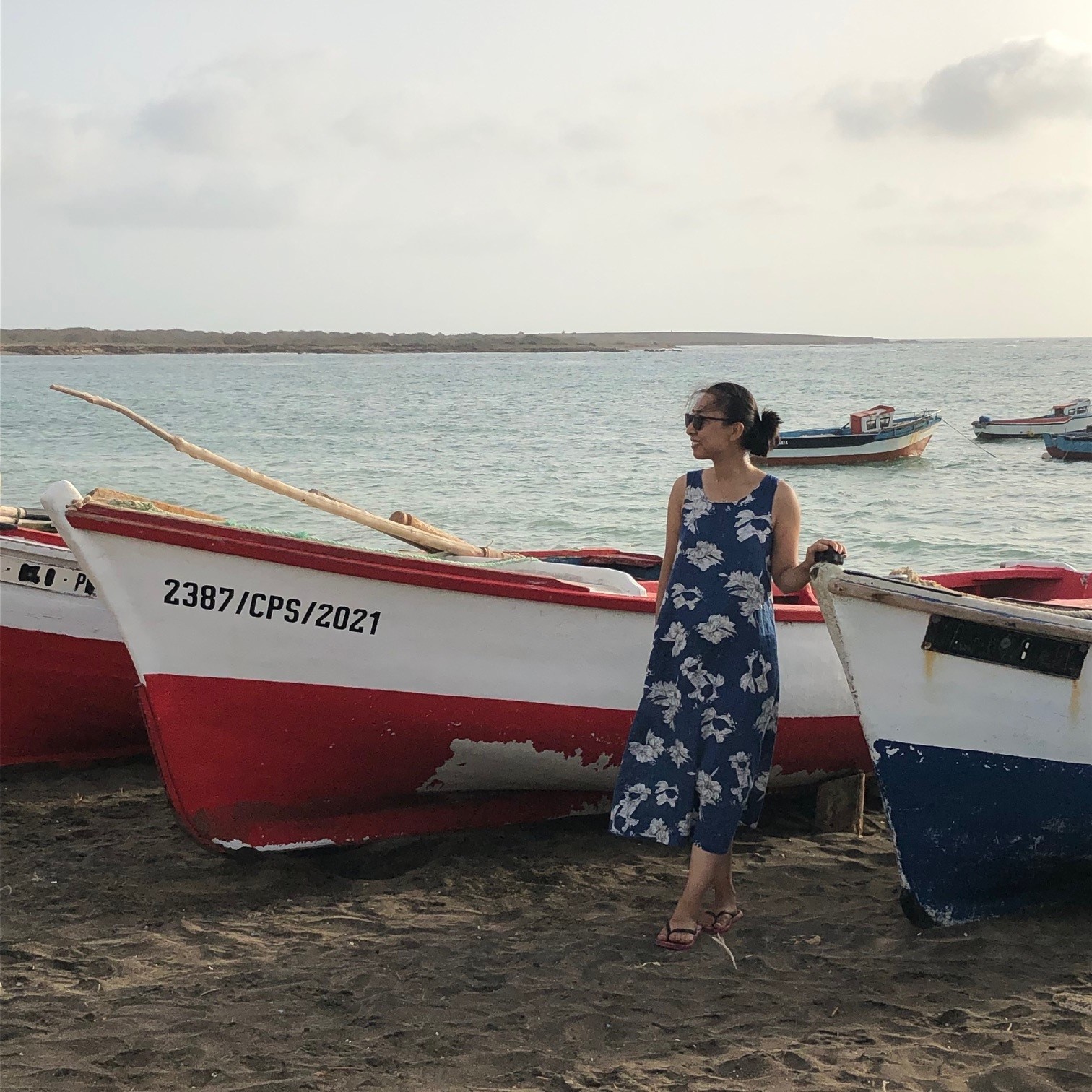 There are no more than 6,000 residents, which makes for tight communities and harmonious relationships. The FMB team has contributed to the local environmental and social welfare for years and is highly respected by the locals. As an island, lack of fresh water and reliable transportation to the outside world has constrained its visibility and development. The complexities of the current and future global scenario exacerbate the funding problems faced by FMB, which is largely dependent on external resources.

After analysing the internal and external situation of FMB, I suggested that to acquire more financial resources it could redesign the volunteering programme and increase private and corporate donations.

For the volunteering programme, I proposed a commission-based management scheme to increase the capacity of FMB, given its lack of personnel and to incentivise the team. Knowing that it takes time to build the team and the capabilities to grow the programme, I suggested cooperating with more volunteering platforms in the short term to achieve “mass customisation”, with three options for the volunteering programme on FMB’s website in the medium term, and a long-term goal to set up a virtual “Volunteering shop” – more granular customisation in terms of duration, accommodation, meals, services, and activities.

To increase private donations, I proposed to expand more methods of fundraising such as a penny drive, event donations, T-shirt fundraising, an auction for nest adoption of rare species, and NFT auction and sales in cooperation with local artists. In terms of corporate philanthropy, matching gifts and volunteer grants can help double the donations from the employees working for the corporates involved in the programme.

As for the communication and marketing strategy, I put myself in the shoes of the potential audience of FMB when making detailed plans to optimise the website design, to tailor content for different channels of social media, and design a customer journey for email marketing, segmenting, and targeting diverse groups of audience more effectively. I also proposed an innovative cooperation with some KOLs/influencers in the environmental/ scientific research area to increase awareness of the organisation.

However, when I suggested that FMB should cut expenses by stopping to pay the local radio station broadcasting the programme – since FMB is doing all the work including hosting and programme editing – the director of FMB reminded me that we should not see some costs merely as a form of expense but as a kind gesture of paying back to society. She said that it was a symbolic amount which showed our support for the local community.

I am grateful for this unique experience as a summer intern at a non-profit organisation. Not only was I able to apply what I have learned in class to a complex reality with limited resources, but most importantly, I came to a deeper understanding that business acumen is not all about how to maximise profitability but about finding a balance between the business and the environment and community where it is involved.

Note: INSEAD is grateful to donours of the Hugo van Berckel Award and Moondance Foundation, and the Stone Centre for the Study of Wealth Inequality for their generous support.

Peilu is a sales and marketing manager with 7+ years of experience across four continents (Asia, Europe, South America, Africa) in several sectors, including tech, media, retail, and real estate. After exploring the social impact sector at INSEAD and during the summer internship at a non-profit, she aims at working to generate not only results beyond expectation, but also positive social impact, and sustainable growth of the organisation.

A Journey to Angola
MBA
Read the blog