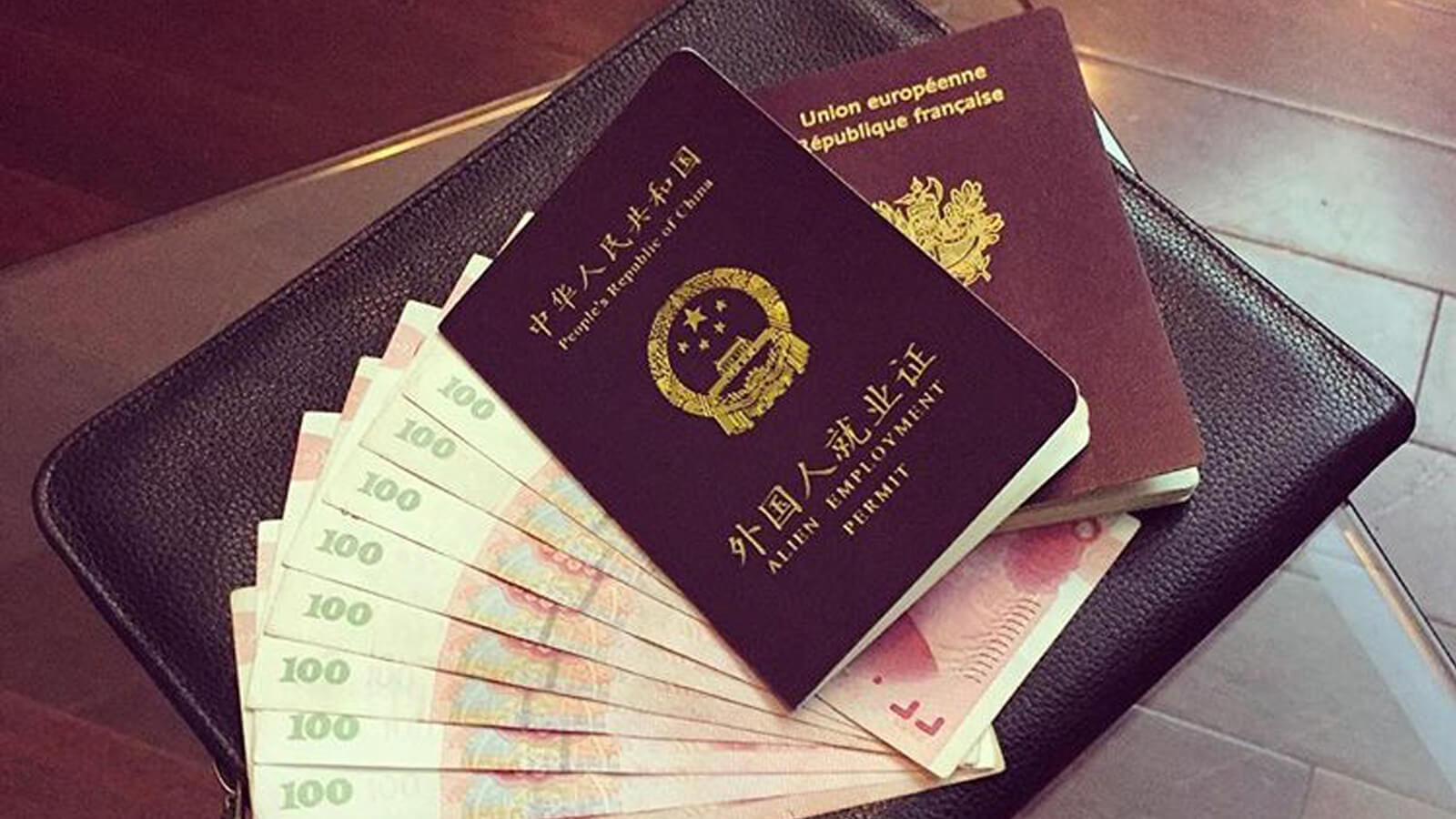 I'm an Alien. What About You?

If you're reading this post, there is a strong chance that you are currently researching about MBAs and business schools. You may already have shortlisted INSEAD within your Top Three business schools of choice, as its multicultural values somewhat echoed with your early international upbringing or your past working experience abroad. You've always had an affinity to travel, explore and ride into the unknown. Nowadays, you might as well say that the more you know of other countries, the more inclusive of all humanity your values will become.

You educate yourself, beginning with anthropology. Every foreigner of inquiring mind becomes a part-time anthropologist, wondering and smiling at the new social rituals of his adoptive country. George Mikes, a Hungarian living in England, wrote a book in this genre called “How To Be An Alien”, published in 1946. It was not really about how to be an alien at all, but about a foreigner's view of English society, and it was very funny. Mikes rightly saw that most social codes partook of the arbitrary and the absurd. If you happened to stand outside them, as a foreigner always did, then life could be a continuous comedy.

Hi, I'm Audrey, and I'm an alien. Born in Geneva, Switzerland, then educated in the French scholar system, I was incredibly lucky to have gone through several expatriations on my own since then, in Belgium, Germany, Singapore, Austria, Deutschschweiz and Mainland China, hence I've been living for the past 10 years as a 老外 laowai (lit. "foreigner") as the Chinese tend to informally call us Westerners. Fun fact - when you are working in China as a foreigner, on your employment permit is distinctly indicated 外国人 waiguoren (lit. "alien").

Clearly this was some formative experience from which I've derived a sense of adaptability, open-mindedness, relativisation, some wicked humour, hopefully also widened a tad further my understanding of the world - after all, as the Polish-American scientist and philosopher Alfred Korzybski put it, the map is not the territory, and we should therefore not confuse our personal representations or models for reality itself.

Being immersed within different cultures and harsher realities than do exist at home brings along its fair share of incremental knowledge : you learn about local best practices, may observe less inequality within a society, admire more efficiency in processes, etc. - yet the experience simultaneously destroys along the way the illusions you could have forged in your mind about a given place.

For instance, the Japanese are calling パリ症候群 Pari shōkōgun (lit. "the Paris Syndrome") a severe form of culture shock exhibited by some individuals when vacationing or staying in Paris, derived from their discovery that the City of Lights is actually far from what they had expected and dreamt it to be. Expatriation stands in itself for a test of willpower and personal grit despite the headwinds encountered through living in an environment to which codes the foreigner is steadily blind and oblivious.

As Antonio Gramsci put it in his Prison Notebooks, I have evolved to come to think that "the challenge of modernity is to live without illusions and without becoming disillusioned ; I'm a pessimist because of intelligence, but an optimist because of will".

A means of escape, an exercise in creativity

Foreignness has been defined a means of escape - physical, psychological and moral. In another country you could flee easy categorisation by your education, your work, your class, your family, your accent, your politics. You could reinvent yourself, if only in your own mind. You were not caught up in the mundanities of the place you inhabited, any more than you wanted to be.

George Bernard Shaw, an Irish playwright, critic and polemicist once said that "life is not about finding yourself, life is about creating yourself". Artists and writers in particular seemed to thrive in exile, real or self-imposed. The qualities of it—displacement, anxiety, disorientation, incongruity, melancholia—became the modern literary sensibility. A writer living overseas could shrug off the perceived limitations of country and culture. It became, and remains, bad form to pigeonhole a writer by country. All want to be writers of the world, and the world rewards that aspiration.

Of the past ten winners of the Nobel prize for literature, five (V.S. Naipaul, Gao Xingjian, J.M. Coetzee, Doris Lessing and Herta Müller) have been émigrés. Amongst our 18J promotion, the strong appeal to take part in being an INSEAD blogger and the enthusiasm to contribute to building on our community narrative is another expression of our willfulness and determination to share about our respective visions and maps of the world.

All other things being equal, foreignness is intrinsically stimulating. Like a good game of chess, the condition of being foreign engages the mind constantly without ever tiring it. John Lechte, an Australian professor of social theory, characterises foreignness as “an escape from the boredom and banality of the everyday”. The mundane becomes “super-real”, and experienced “with an intensity evocative of the events of a true biography”. Most of us 18J candidates have been experiencing this feeling in our past experiences already, which explains the palpable excitement running across the troops now that we're only a few days away from kicking-off the D-day of our full community gathering on both campuses.

Amongst my summer reads this year could be found the enthralling books Sapiens and Homo Deus of Yuval Noah Harari ; in Sapiens the author claims that amongst all Earth species, Homo Sapiens are able to cooperate in extremely flexible ways with countless numbers of strangers by believing in inter-subjective common myths, allowing our species to ultimately rule the world whereas chimpanzees ended up locked up in zoos and research labs.

INSEAD turned out to be a great illustration of that claim: once my companions and myself have been finally granted admission at the end of a daunting recruitment process, we promptly connected and initiated a large-scale human cooperation (amongst precisely 507 individuals to date) rooted in the INSEAD common myth whose compelling narrative of intellectual excellence and internationalism has been defined somewhat 60 years ago by visionnaries George Doriot and Olivier Giscard d'Estaing.

Belonging to the infamous and oh-so-often-criticised Generation Y, we even took the impertinence up a notch further by cooperating on a fully digital scale via organization through social networks such as Slack and multiple shared Google Docs, most often without having even physically met each other. That's saying something about how powerful our cooperation is and how the prerequisited climate of trust has been disarmingly easily established.

This translated to date into four pre-organised promotion trips and the partake into a sports running event next September, on-demand consulting case Skype sessions, accommodation and visas information exchange, coordinated arrivals with peers and installation on campus.

As you may have heard, INSEAD is commonly dubbed as the United Nations of business education, as per its unbeatable diversity (93 nationalities amongst the 2017 promotion) ; a special place where the immense range of the imagined cultures & realities that Homo Sapiens invented, and the resulting multiplicity of our behaviour patterns, tend to reconcile in a common cultural melting-pot, to the extent that our alumni would define themselves as INSEADers first above any consideration of nationality, gender or personal background. In a modern world which sees the slow erosion and weakening of family and community ties to the increasing benefit of the influence of the market and the State, it reassuringly provides a strong feeling of belonging to what our students often define as a common "tribe".

"Humanity's search for an easier life released immense forces of change that transformed the world in ways nobody envisioned nor wanted", so says Harari in Sapiens. The latent nuclear threat in the Korean peninsula, the unstoppable switch to AI technologies and dataism, the uberisation of the economy, the election of populist leaders, the rise of global terrorism, the climate change side-effects, the environmental pollution, the food industry scandals, we've been witnessing over the recent years an unnerving acceleration of all sorts of anxiogenic events and news.

For better or for worse, our generation is all too aware, well-informed, cannot afford anymore the luxury of insouciance, hence we are carrying a heavier moral responsibility than our elders regarding the consequences of our actions. At this point of my personal path, I've already delineated a clear idea of my post-MBA next steps, yet in the current climate of volatility, uncertainty, complexity and ambiguity, I'm also acutely aware that tables could turn in the blink of an eye.

But with our INSEAD community to support, taking risks and venturing into the unknown somehow never felt more effortless and enjoyable. The dilemma of foreignness won't anymore have to come down to one of liberty vs fraternity - freedom and adventure vs belonging to a community; both could eventually be reconciled.

Audrey is a French-Swiss dual citizen with extensive experience within premium and luxury goods industries all along the value chain, from product development to operational deployment and retail excellence. Prior to her INSEAD MBA she had the opportunity to work in 7 countries within Asia and Europe and speaks a range of 6 languages. When not flying to some exotic destination she's a scuba diver and an avid runner, so PADI divemaster certification in Singapore & wild boar forest running in Fontainebleau are definitely on the roadmap. Audrey is truly passionate about Korean culture and its Hallyu wave spreading all over APAC, from Park Chan-wook's & Na Hong-jin's thriller movies, to Cheongdam-dong & Garosu-gil's concept store hideouts and Mingles' & Jungsik's contemporary Korean cuisine, also it wouldn't be unusual to find her digging about hanok architecture around Bukchon Village in her spare time.

722
The Year of Fortitude with INSEAD
MBA
Read the blog