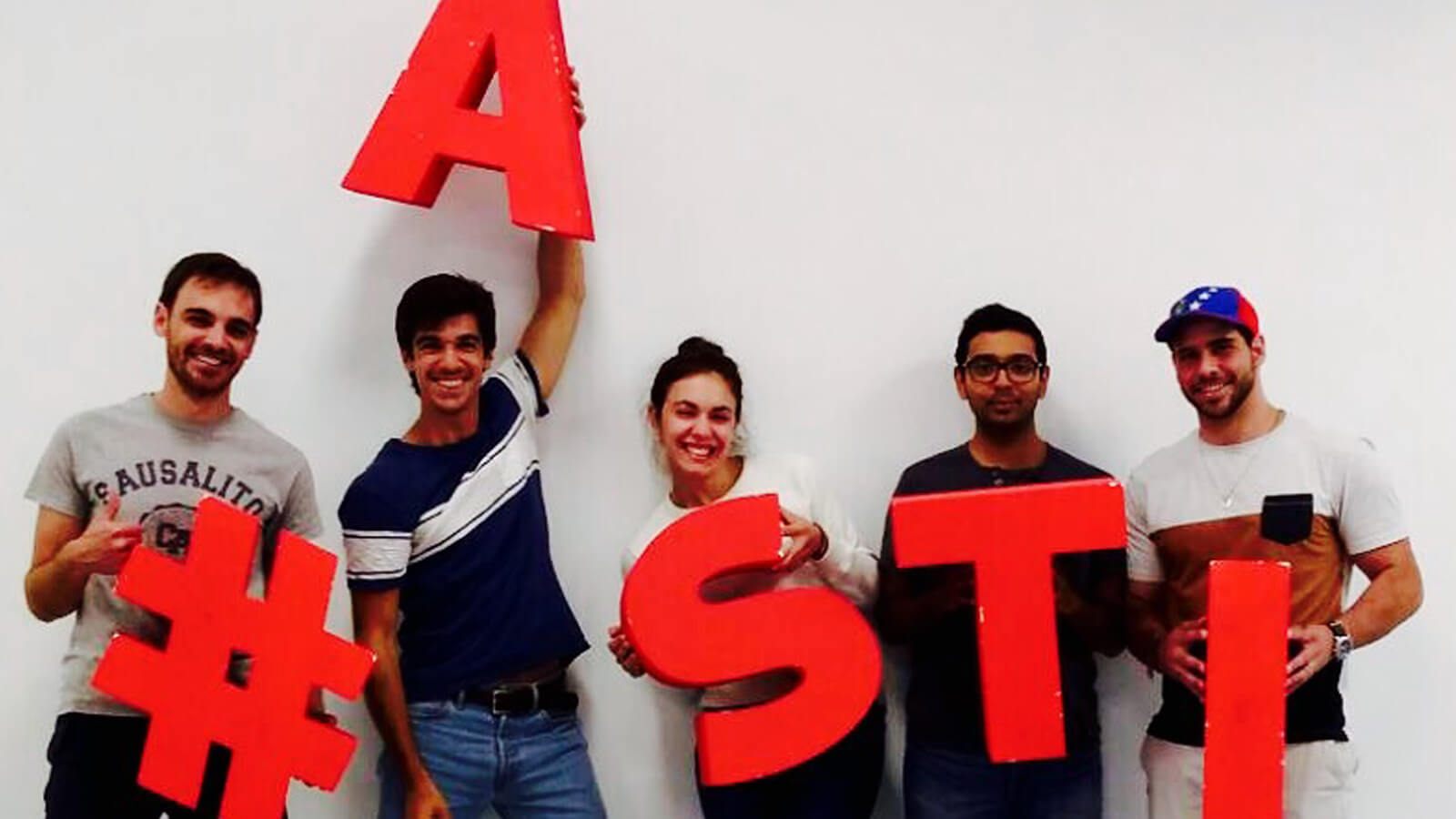 I came to INSEAD with the goal of consolidating my skills as a Consultant and at the same time explore new sectors and expand my horizons. So when I saw the job post published by ASTI and Endeavor, a small robotics company located in the city of Burgos (Northern Spain) and an NGO pioneering the concept of high-impact entrepreneurship in growth markets, I applied straight away.

Two months afterwards, I found myself driving with three fellow 17Ds through the warm and golden fields of Castile y Leon to reach Burgos, a small city of approximately 180,000 inhabitants located 240km north of Madrid.

On our way, we noticed a small sign on the side of the road indicating the existence of an “industrial complex” just a few kilometres away. We took the exit and finally reached three relatively small industrial buildings on a hill next to the high way. On the top of one of them, four clear letters were shining under the heat of the sun: ASTI. And then, suddenly, we realised: this is where the Build-Up strategy project for a high-tech robotics company we were selected for will take place. "This is indeed a surprise" is what I thought at first, with one of my eye-brows spontaneously rising.

Never judge by the appearances 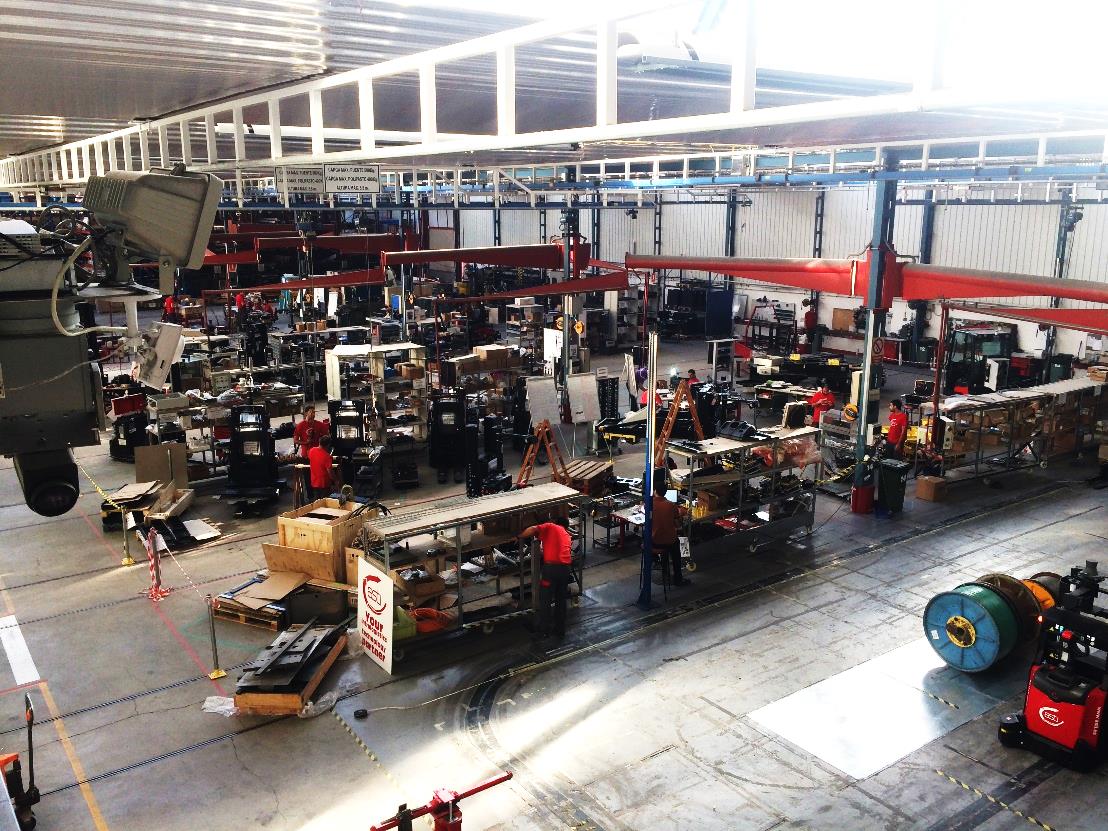 As we entered the main door of the building, we come across a small office and a manufacturing plant where more than 150 people were busy assembling robots, coding software, preparing commercial offers, planning resources and coordinating projects. In the meantime, Automated Guided Vehicles were moving across the plant, either following magnetic strips on the floor or sensors located on the walls. We would have never imagined finding such a dynamic and technologically advanced environment among the dry hills of the heart of Spain.

But the beauty and peacefulness of the Spanish landscape surrounding ASTI surely do not represent an element to curve down the ambitions of the company. As a matter of fact, Verónica Pascual Boe, CEO and owner of ASTI since 2008, has been growing the company’s business year after year: since 2013, revenues have increased by more than 250%, EBITDA margin has improved by over 1000 bps and financial leverage has been brought close to 0%. Today, Veronica and her team see ASTI as a “scale-up” company ready for the next wave of growth. 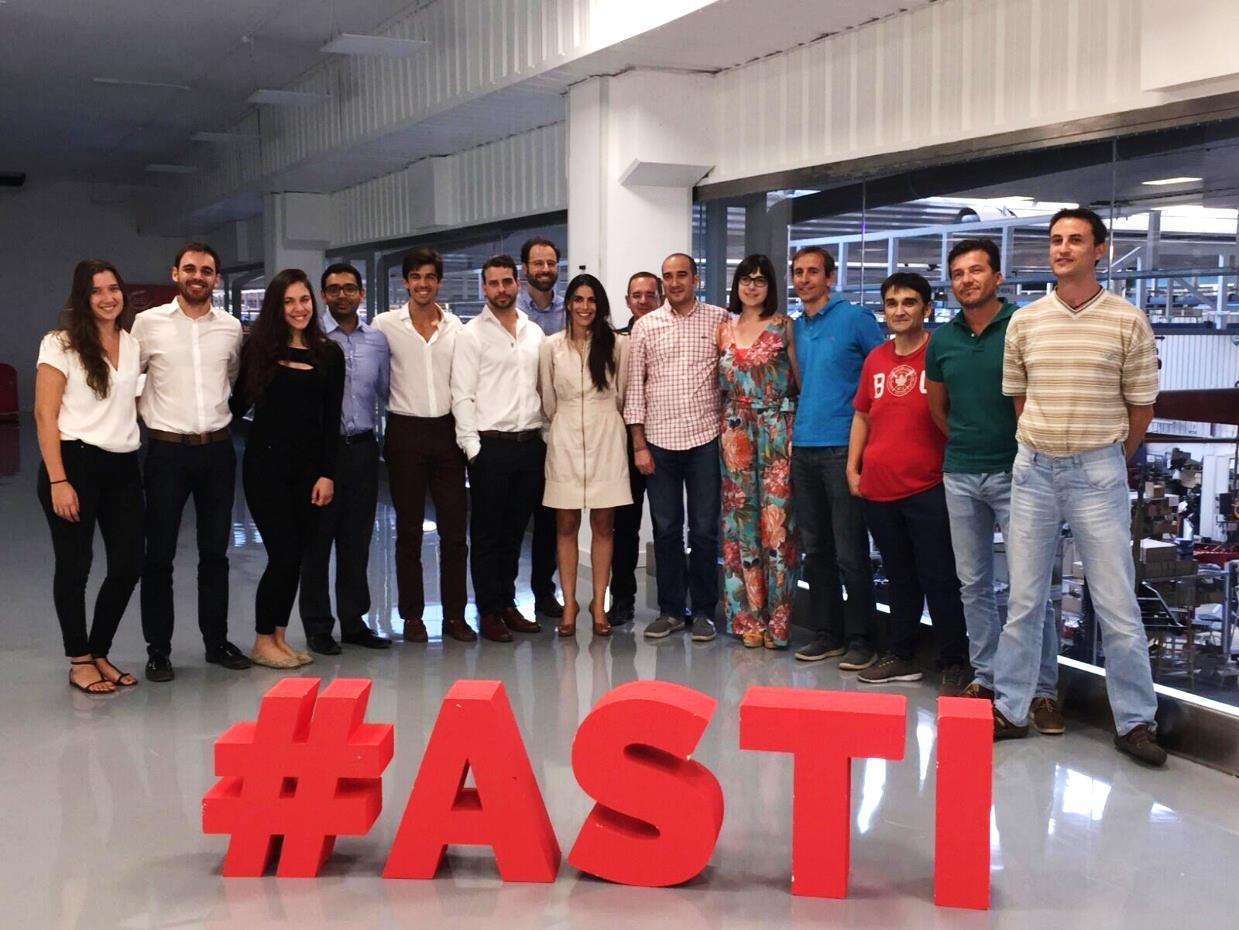 Together, we worked for five weeks with the people of ASTI to structure the Build-Up strategy of the company. The outcomes of our analysis were finally presented to ASTI’s executive team, together with the implementation plan of the inorganic strategy defined.

Key takeaways from the experience

The project was a memorable experience for several reasons. Probably the first is due to the composition of INSEAD team and how we interacted with the people of ASTI. With the diversity of our profiles and very limited experience in the robotics industry, we brought a fresh view to the company and helped them think out-of-the-box. The people of the organisation, not used to seeing such an international team going around the office, carrying out interviews and asking hundreds of questions, welcomed us with curiosity and excitement. But above all, they embraced our recommendations and valued the diversity in the thinking that we were bringing to the company. 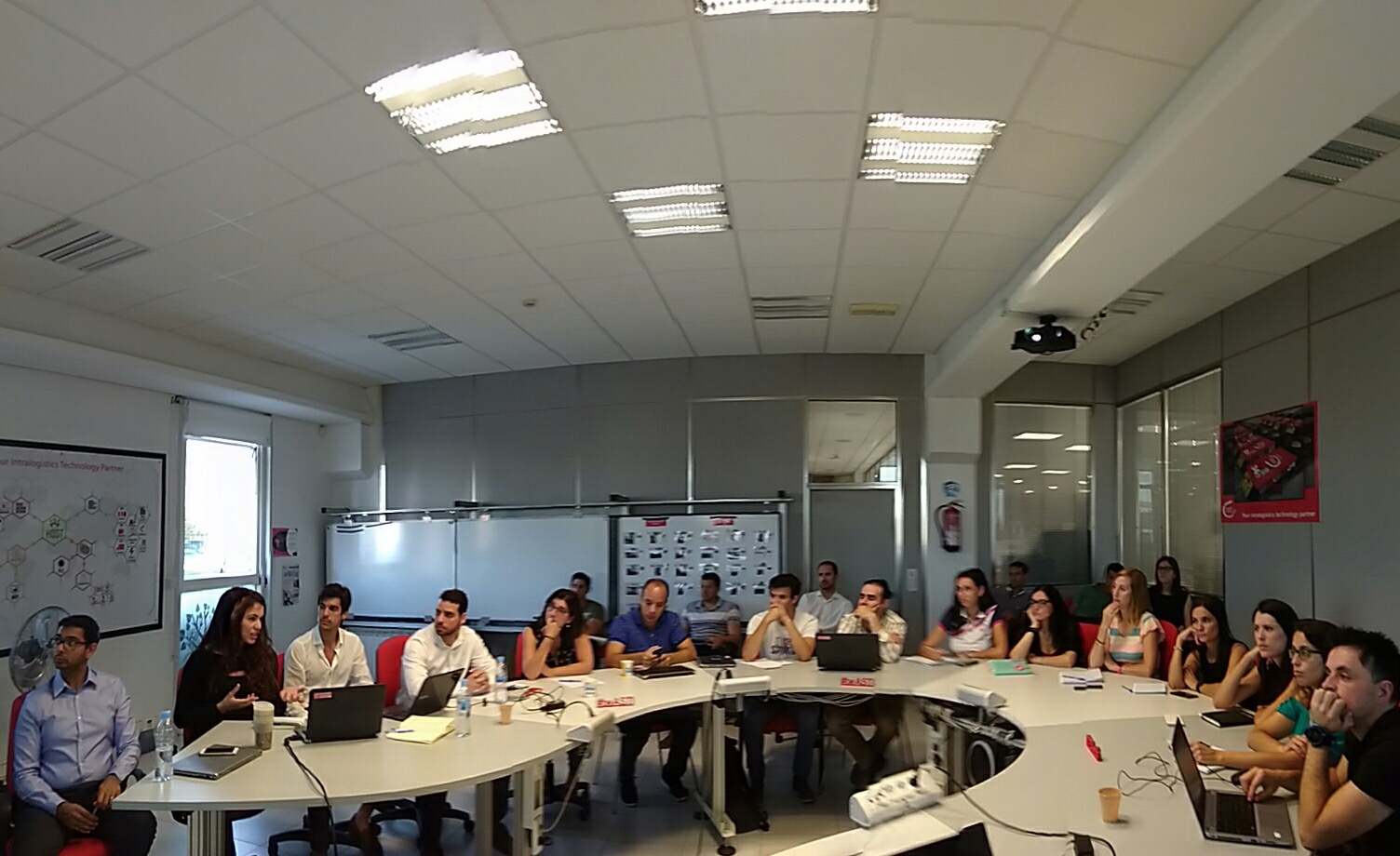 Another reason that made this experience memorable was the opportunity to work in a scale-up company characterised by a strong entrepreneurial mindset. Contrary to large established companies, the culture in ASTI is still very flexible, open to change and very ambitious. Working on a consulting project in such a context was particularly interesting because every piece of advice or analysis presented is questioned, challenged and discussed with a positive and open attitude.

Finally, what I particularly enjoyed of this experience was the feeling that the work we were carrying out will have an impact on the success of the company and, to a smaller extent, economic development of the region. With a company of the size of ASTI, strategic decisions such as which company to acquire or partner with are particularly crucial.

Moreover, we were also strongly incentivised by the mission that ENDEAVOR selected ASTI and INSEAD for the project: to support the economic growth and creation of high-quality jobs in Central Spain, a region still struggling with high rates of unemployment (especially among the young population). In fact, helping ASTI reach its ambitious goal of scaling-up operations by a factor of five would imply the creation of hundreds of jobs in the region. Together, these two contextual elements made the project even more intense and meaningful to the INSEAD team. 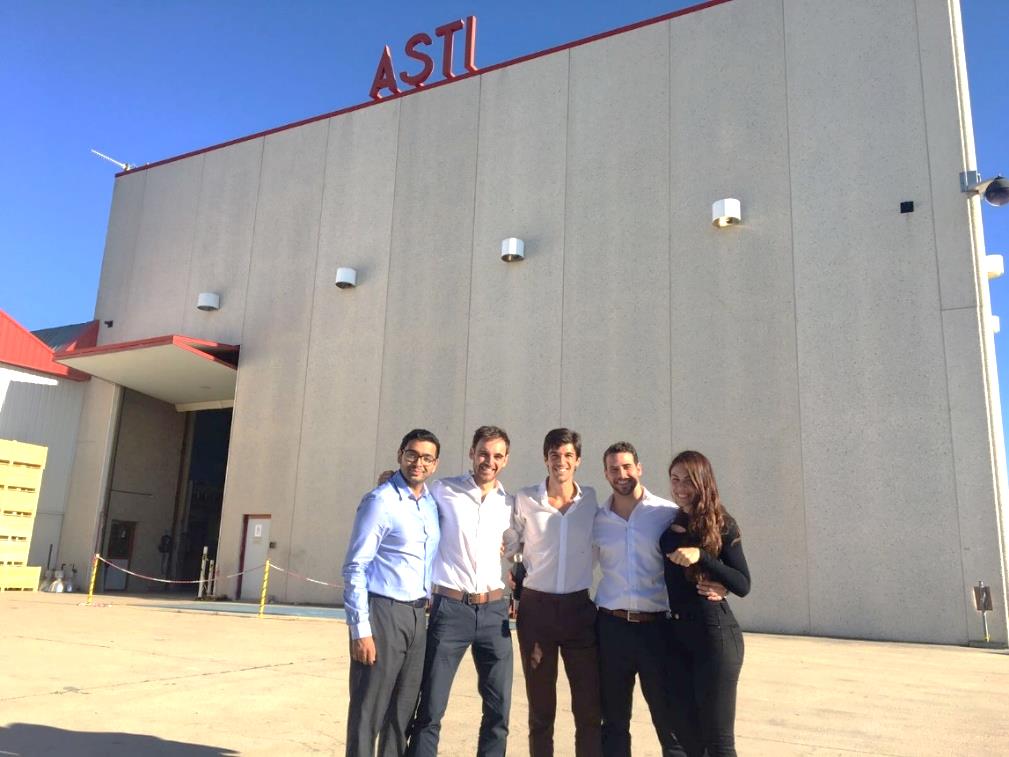 Vittorio is an Italian 17D MBA candidate. He grew up in Rome and Geneva, studied in Delft (NL) and worked as a consultant across Europe and the Middle East. With a background in Environmental Engineering and Policy Analysis, Vittorio has authored several scientific articles and a book on topics related to Sustainable Urban Development. Outside of work, Vittorio has a passion for Squash. During his academic career, he achieved several sport awards, winning the Italian Junior Squash Championships for 3 consecutive years and representing Italy at international tournaments. When he has a free hour, you will probably see him on court…!

638
My Summer Time in Uganda
MBA
Read the blog