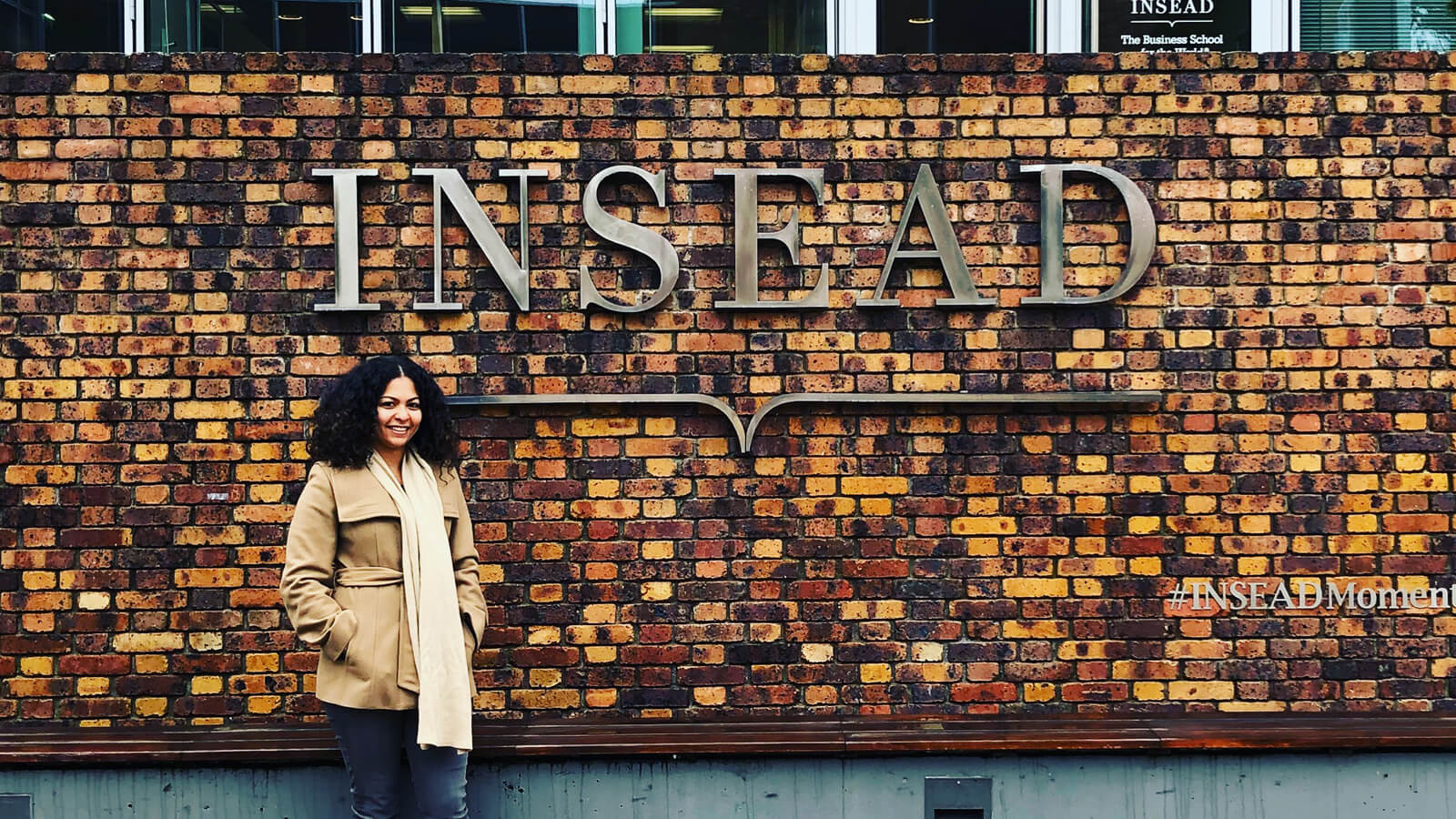 Here I am, sitting in the Doriot Library at the start of the third week of class. INSEAD has so far been a blur. When I was here back in December for Business Foundations it had also been quite fast-paced, but in some way manageable. There were very few people on campus, our class size was smaller, and the atmosphere just seemed more relaxed. We knew we weren’t being graded on our work and spent more time introducing ourselves and socialising. There wasn’t much else to do besides go to class, do assignments and then go to a party or happy hour.

Now? Now the campus has flooded with three hundred 18Ds, the P3 18Js and a significant group of executive program students. We have been categorised into 80-person sections that we have to spend the next four months of classes with – for better or for worse. Not to mention our new 5-6 person study groups that will also last through the P1-P2 timeframe. My INSEAD email is flooding with messages with updates from the Career Development Center, homework reminders from professors, welcome messages from consulting firm recruiters and invites to club events. My WhatsApp is out of control with 12+ groups constantly chatting – one for my section, one for my study group, one for everyone in Fonty, one for those interested in social impact, one for just women – new ones are made almost every day! I already planned one group dinner for students from Africa and hosted an '18D ladies night at my house.

It is because of all this that I don’t regret doing Business Foundations or the pre-MBA trip to Milan and Venice that took place directly after. Besides getting a quick intro to some typical business subjects like finance and accounting, it allowed me to start acclimating myself to Fontainebleau, to the INSEAD campus, and to the idea of sitting in class and studying once again. Moreover, I started INSEAD already knowing 40-50 people in my class, which has been very comforting and has made the first month even more exciting.

The main thing that still is blowing me away these first few days at INSEAD is how overwhelmingly diverse it is here.

You know it’s serious when even a native New Yorker admits that! I share my seven-person house with a Dutch, a French, an Italian, a Canadian (ethnically Chinese), an Indian, and another American (ethnically Indian/Pakistani). Our study groups are constructed so that no nationality is repeated; my group represents the U.S., Kenya, India, Spain and Hong Kong. Here it’s common to find people who speak four to five languages and have lived in three different continents. We have fighter pilots, world-ranked athletes, war refugees, and globally-recognised PhD researchers in just our class. And that’s only considering the women???

Honestly, it makes me feel boring when I hear the backstories of my classmates. I was born and raised in New York, educated in New York, and have worked in – you guessed it – New York! It’s true that ethnically speaking I am a bit different – my father is from Haiti, and my mother is from Trinidad & Tobago. Furthermore, racially speaking I am mixed as well, as my father is black while my mother is actually Indian (in Trinidad there is a significant Indian population). So I am both bi-ethnic and biracial. However, I am first and foremost an American who has lived in the same place her whole life, so in that sense, I feel kinda basic! Maybe I’ll write more about this next time.

For me, the most exciting part of INSEAD is to be here in Fontainebleau, 45 minutes from Paris. Even at the young age of thirteen, when I visited Paris for the first time, I knew that I was in a special place. I left a piece of myself in Paris that time, and the city haunted my daydreams as I grew older. I took French classes growing up, an effort to close the gap between my American and Haitian heritages, causing my desire to be in France to double. My interest further peaked when I found professional reasons to broaden my European network. But I would be lying if I said it was the practical reasons that brought me to France. I have always been in love with Europe and have increasingly felt myself being tugged eastward across the Atlantic as the years have passed.

So it is surreal for me to be here now, to see the realisation of a goal I had for so long.

I felt that when I was walking to my new Fonty home from a social event late at night, and all the holiday lights were lit, the streets were empty, and it was quiet. I just slowed my pace and just breathed in the cold air, and I felt so energised. I felt clarity. I felt inspired again. I never felt prouder of myself than I did in that moment.

I’m so relieved that I didn’t let life pressures keep me away from INSEAD. I could have stayed in New York to avoid a long-distance relationship with my significant other. Or to avoid leaving a well-paid consulting gig. A surprise offer from HBS also threw me through a loop for a second. But I would have been disappointed with myself if I stayed in New York to keep working my way up the ladder before moving to Boston for my MBA. It all looks good on paper, but deep down I would have been unfulfilled and upset with myself. I applied to INSEAD because even at the age of twenty-five I could already see my life setting itself up to lead me farther and farther away from that place I knew I needed to be.

You keep passing by a big water slide that looks really fun but it means you have to leave the lazy river, and that can be hard, because the river’s current makes it difficult to climb out. There are exits along the river where you can get out, but you have to pay attention otherwise before you know it, the river has swept you past them yet again. Going to INSEAD was like getting out of the river and heading to the water slide. To me, this renewed sense of focus is the most important thing that INSEAD can give me at this point in my journey, even more than the electives and networking events and treks.

INSEAD – A Home Away From Home
MBA
Read the blog

847
The Year of Fortitude with INSEAD
MBA
Read the blog

3561
Do You Know the Numbers Behind the INSEAD MBA?
MBA
Read the blog