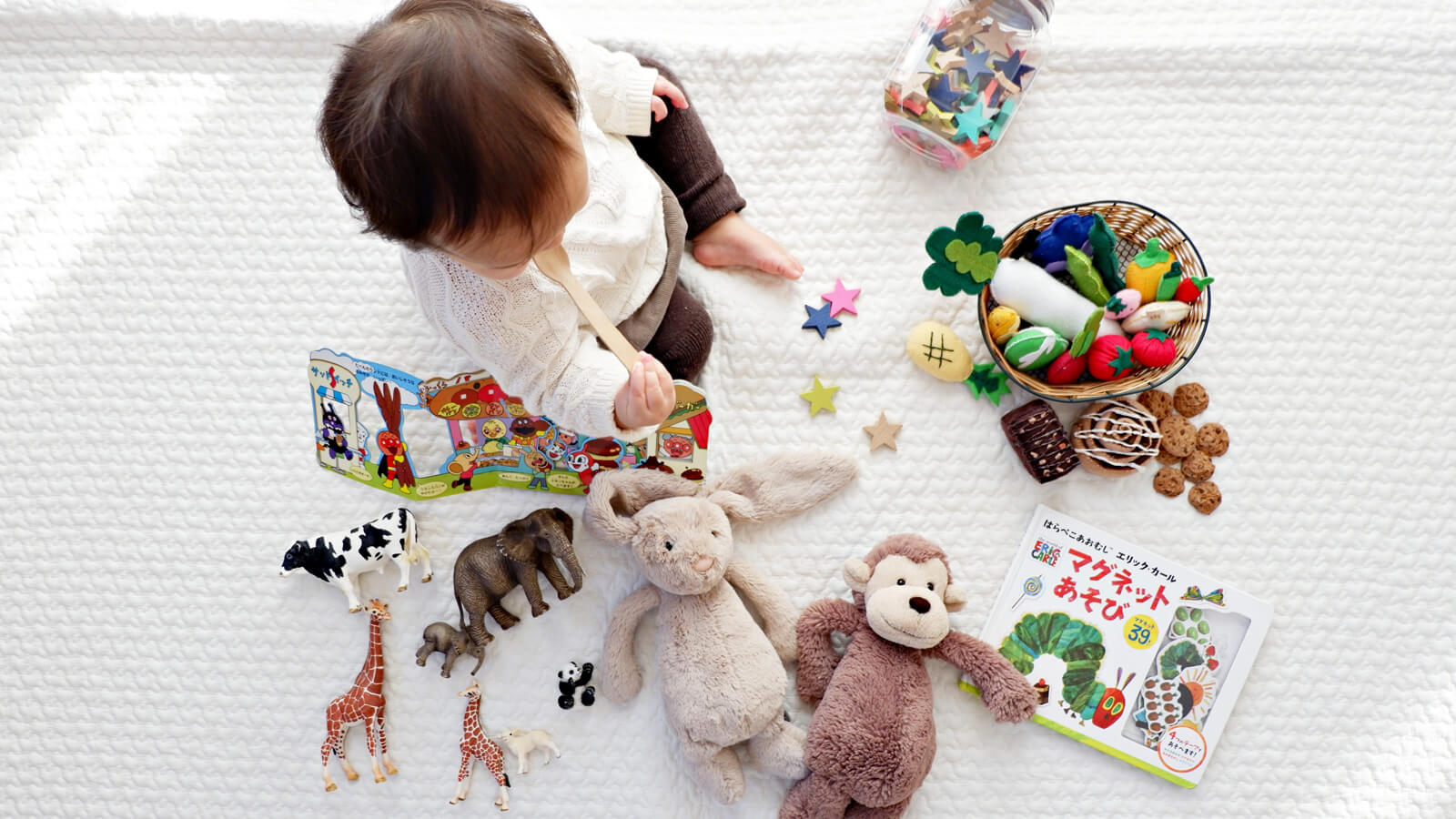 Pregnancy, Parenthood and Relationships During INSEAD

It’s been almost a year since you last heard from me. You can bet that a lot has changed: the cohort I started with, '18J, has graduated; I’m the mother of an 8-month old boy, I’m doing an internship in Beijing this summer, and I’m about to move to Singapore for P4 with the '18Ds. Many students and prospective applicants have reached out to me about my experience being pregnant and being a mother at INSEAD, so here I will summarise a few thoughts on this topic:

Insurance was not a problem: INSEAD provides students with top-notch insurance, which covers pre-existing conditions, both for me and my family. I was already five months pregnant when the class of '18J started. I soon found out that I was not the first pregnant student that INSEAD has ever had.

Classmates become family: I cannot be more grateful to my fellow '18J classmates for their support during my pregnancy. With everything being so intense at INSEAD, my classmates carried me through both academic and social life. I attended many trips and parties during P1, and limited my activities during P2 as my body grew heavier. Of course, INSEAD is a very diverse community, where there were a few people questioning my decision at times. I took it as an opportunity to share different life experiences and perspectives. I learned that open communication can take down barriers and misunderstandings, regardless of the differences between us.

My partner’s support was crucial: My husband took a leave-of-absence from his Silicon Valley job to accompany me at INSEAD. He is one of the few male partners on campus. . Within a month of arriving at INSEAD, not only had my husband attended many events on campus, but he also landed a part-time job through another male partner.

Managing academic and exam schedules can be challenging: The class and exam schedules are fixed, which means that I had to meet all the requirements for class attendance and show up to the exams on the scheduled dates without exception. If I was unable to, I would have a chance to take a makeup exam, or even retake classes if necessary. Thankfully, I was healthy during my entire pregnancy and was able to meet all the academic requirements during P1 and P2. My due date happened to be during the P2 finals, and my baby was so cooperative that he stayed put until I finished the finals. I’m so thankful for the good humour the '18Js who sat for the exams with me and cheered on for me to finish before I went into labour. Note that health conditions during pregnancy vary widely, so it was a wild card and I got a very lucky draw. Please don’t make the mistake of thinking that every pregnant student will have it as easy as I did.

There are several reasons that I decided to start INSEAD during pregnancy: 1) I wanted both an MBA and a baby, and I could not pick one over the other; 2) between missing parties and epic trips during INSEAD and missing a potential promotion and career opportunities at work, I was more concerned with the opportunity cost that having a baby would have on my professional life (Having a baby should not have any impact on a woman’s career, but let’s be realistic, the concern is valid); 3) people told me that being a mother is harder than being pregnant, so I figured that I would start the more intense P1 and P2 (core courses) when I still only had myself to manage. And they were definitely right.

Looking back, I have to say that I made the decision to attend INSEAD while pregnant because I was so naïve that I didn’t calculate all the risks involved in my decision. If I had a bad pregnancy 'morning sickness', I could have easily missed the attendance targets or failed an exam. Then I would have had to retake classes, as I later learned happened to other pregnant students in the past. This definitely would have added both mental and financial stress.

Having a child is a life-changing experience, of which I didn’t understand the full extent until I became a mother myself. The learning curve and amount of work involved in being a mother were so overwhelming that I was surprised by how little I knew even after reading several books and talking to many parents!

I took four months off as maternity leave and returned to INSEAD to join the class of '18D during P3. I felt that I didn’t have as much time to socialise with 'the 18Ds as I did with '18Js, because I was breastfeeding, which means that I was on a tight schedule. In addition to my child, I had both my husband and my mother in Fontainebleau to help me with childcare. With an interracial and bilingual marriage, I’m the link which connects my family together. With everything going on at home, breaking into a new cohort became even more difficult, and it took me a while to adjust my social expectations.

Furthermore, some of the electives I took were out of my comfort zone, and I could not survive the courses without a lot of help from my '18D classmates.

Luckily, there are many INSEAD mothers, students and partners, who are my role models and have selflessly donated their time and experience to help me to figure out motherhood.

As diverse as INSEAD is, the majority of students agree that having children should not end a woman’s career, or even necessarily slow it down very much. In addition to peers, I also got help from Professor Linda Brimm of the “Embraced Complex Change” class, and there are psychologists on campus for anyone who needs to talk. Every Wednesday, there is a music class in the family room in Fountainbleau, and parents bring their children to play together, it’s a great opportunity to mingle with other parents.

Being an MBA student with family means making tradeoffs among academics, social life and family life (forget about sleep with a newborn at home). I’m not sure if anyone can balance them all, but knowing your priorities will help with the FOMO (fear of missing out) tremendously. 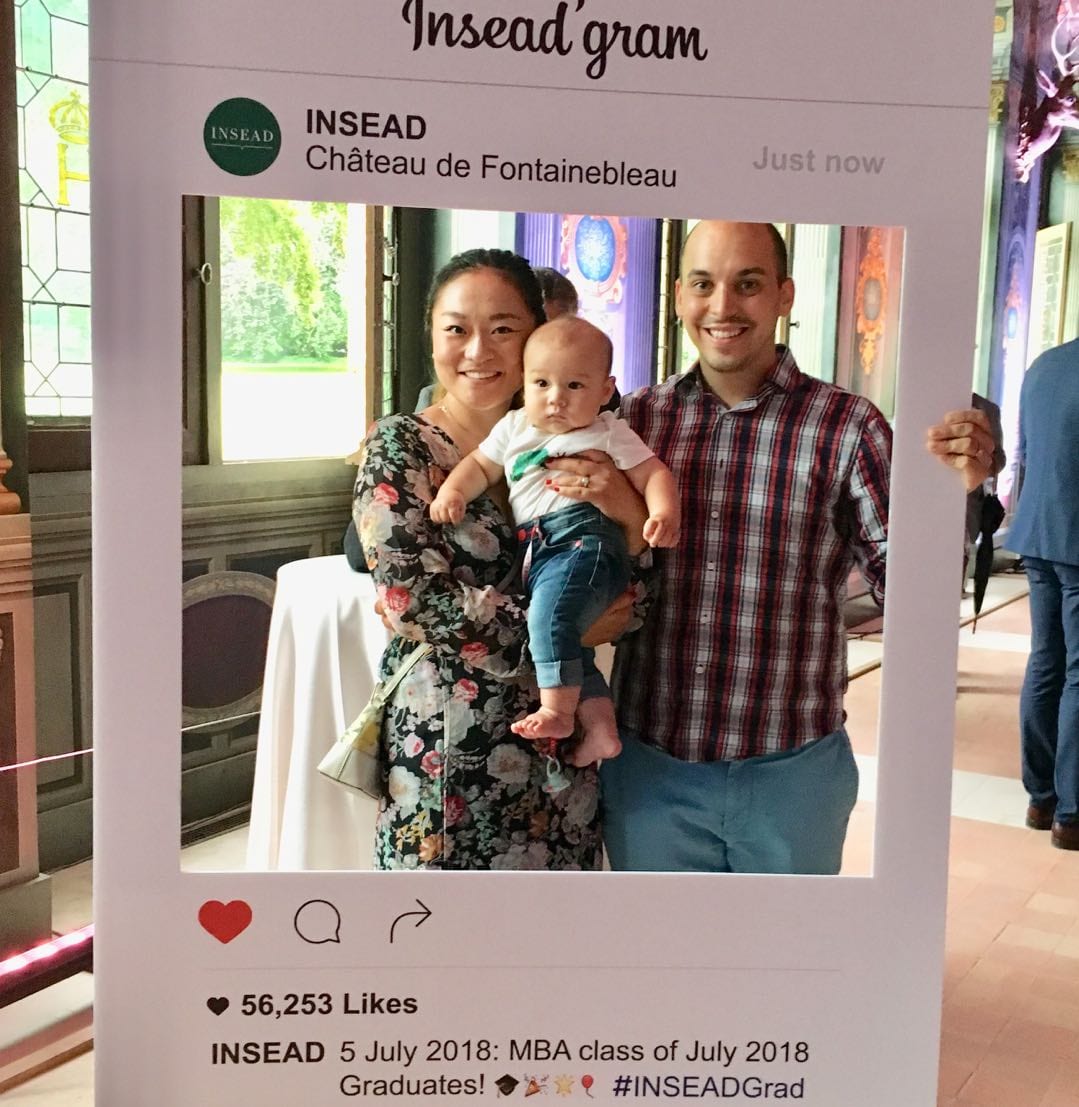 A few words on relationships

There is no one-size-fits-all solution on this topic. Different couples manage their relationships differently. Some student-parents have their partner and children with them all the time, some have their family with them part of the time, and some have left their family at home during the entire program. New couples form during INSEAD, and other couples break up.

I’m thankful for my husband who decided to be with me during the programme, and who has been so involved as a parent. Gender equality has become a popular topic in recent years, especially among career-focused women.

I strongly believe that gender equality initiatives will not be effective without a supportive counter-part, i.e. husband or partner.

Throughout our relationship, my husband and I consistently communicate our thoughts and plans with each other, and we strengthen our connection by being with each other in the same city.  I relocated from Indiana to New York then to San Francisco to support his career development, and this time he is supporting my MBA and career aspirations by moving to Europe and now Asia with me. Many couples can do well with long-distance, but we’ve found that being apart for extended periods doesn’t work well for us.

In summary, it is doable to be pregnant and to be a parent during INSEAD, and you will find many supportive fellow students and their partners who are helpful and encouraging. I’m glad that I became a mother while at INSEAD and could not imagine a more caring community than my INSEAD family.

Pro tip for you would-be MBA parents: don’t ask for baby name suggestions from your classmates. 90%+ will suggest their own names!

Born and raised in China, Cissy spent the past 11 years in the U.S. She has extensive experience in accounting from the Big 4 firms and a variety of industries. Prior to INSEAD, she worked as a Company Planner and Merchandise Planner for one of the biggest U.S. children's retailers based in San Francisco.