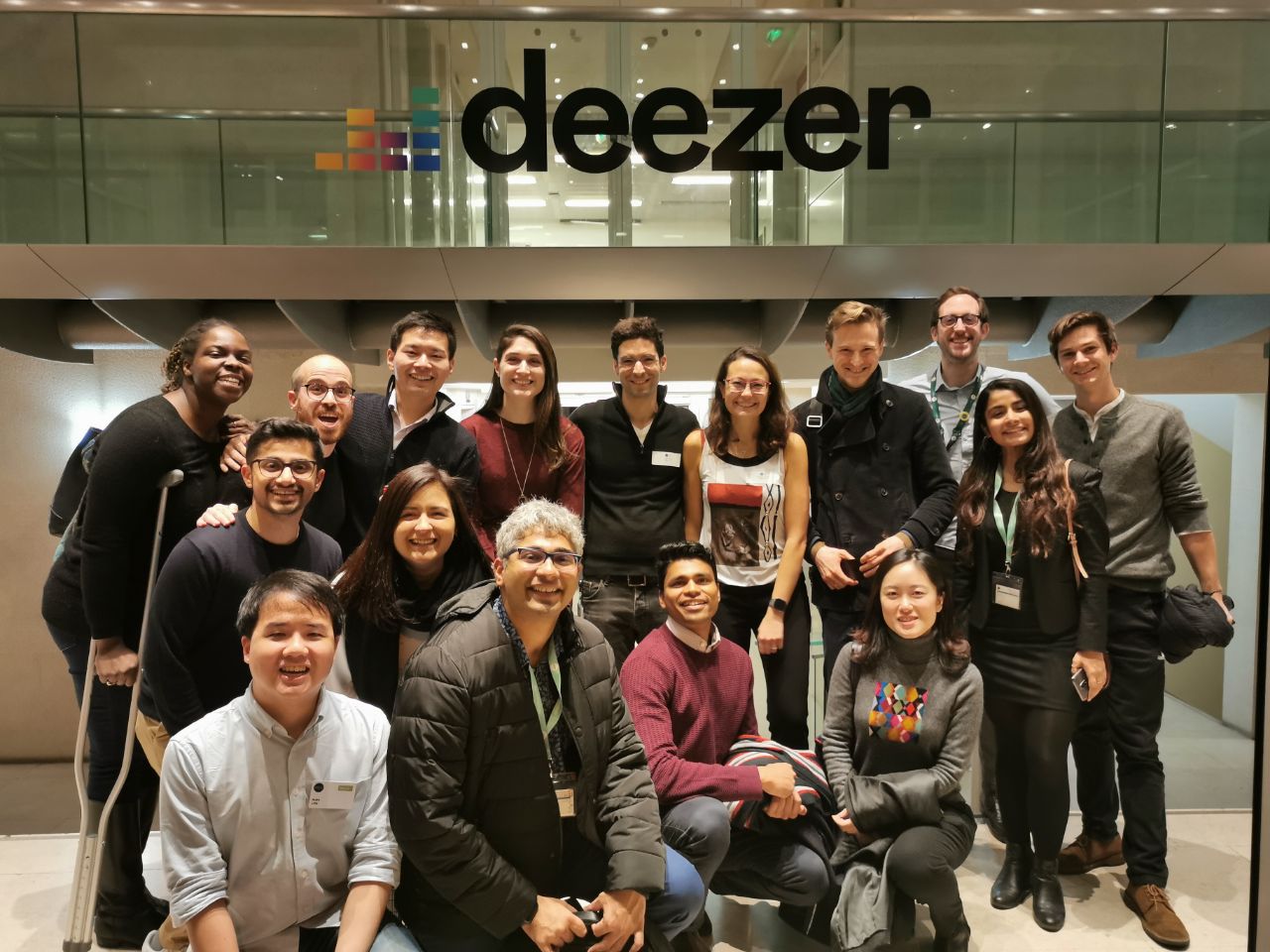 If long run averages are anything to go by, it wouldn't be unreasonable to expect a Fontainebleau to Paris car ride to last 45 minutes. But the moment you throw a national public transport strike into the mix, the travel time increases to an astronomical 2.5 hours. To many a bystander, this would qualify as a high barrier to entry. Hence, if said bystanders chose to cozy up in bed with a warm mug of cocoa, rather than brave the vagaries of Paris’ traffic network, they would probably not be judged too harshly by society.

However, fifteen '20Js from INSEAD’s Music and TMT Clubs were clearly unfazed.

There was an indisputable excitement in the air as we embarked on our trek to Deezer’s Paris offices.

When Deezer visited INSEAD in November 2019, they presented to a filled-out auditorium. Several '20J musicians in the audience were keen to learn more about how they could marry their knowledge of music as an art form with the business side of the industry. At the other end of the spectrum, technology enthusiasts were interested in the delivery of streaming services as a product, and how companies such as Deezer were developing new features to make quality music as accessible as possible to millions of people around the globe.

Given the high volume of interest the presentation had generated, the Deezer team graciously agreed to host us at their offices on January 15th, prior to INSEAD’s Young Alumni Initiative Panel Discussion on Tech for Good. And so here we were, in Paris, one week into P3.

From the moment we entered the building, it was clear that the Deezer team truly lives and breathes music.

The snack area has a break out space with guitars and keyboards ready to be plugged in, meeting rooms carry the insignia of famous musicians, and I nearly stubbed my toe while absent-mindedly walking into a gigantic Marshall amplifier. This should have come as no surprise – during the November presentation, we were treated to a mini concert at Freddy’s, led by INSEAD alumni, Yoav Banai (VP Customer Engagement at Deezer, and co-founder of the INSEAD Music Club).

Consequently, one of the first questions posed to the Deezer team was whether they viewed the enterprise as a tech firm or a music company. We learned that in reality, that company’s main goal has always been providing audiences with quality music, and this agenda takes precedence over all else. In this context, technology is seen as a powerful enabler, helping Deezer constantly innovate ways to improve the quality and quantity of content on its platform.

Despite fierce competition in the music streaming industry, the company differentiates itself by promoting regional artists, developing original content, streaming in high quality audio, and leveraging its experienced editorial teams to curate unique playlists more attuned to the app’s customer base, which now stands at 14 million users. Moreover, within the industry, Deezer is one of the strongest advocates for a fairer artist compensation model (https://www.deezer.com/ucps).

Better understanding the company’s ethos, it was clear to us that Deezer’s open-minded culture drives its success.

Meeting with five INSEAD alumni working at Deezer convinced me that at least some of us have taken this advice to heart!

Born in India, Nishant has spent the last decade in pursuit of beauty, adventure and exceptionally good ice cream. His quests have taken him to Singapore, Australia and most recently, Dubai, where he enjoyed a fast-paced five years working in Financial Risk. At the end of a particularly challenging day, one might often spy Nishant sitting outdoors, guitar in hand, and a song on his lips.

A Glimpse into Indonesia’s Digital Revolution
MBA
Read the blog