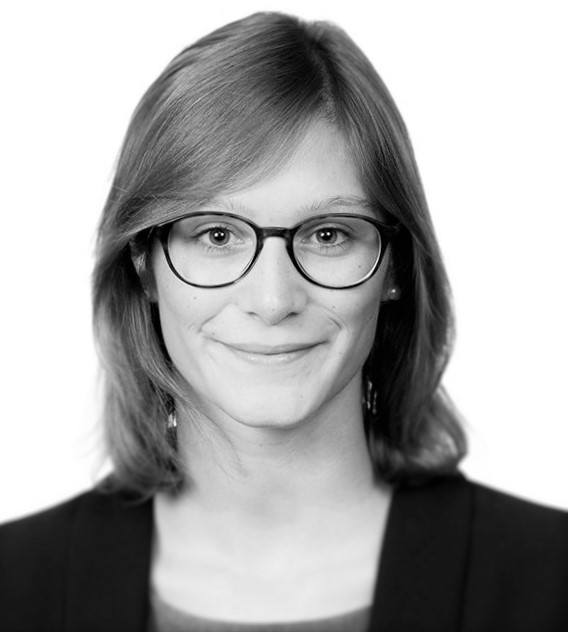 Tell me your story, Paula

Our '18J classmate Paula Schabel, talks about finding clarity in confusion, dealing with gender stereotypes and her dream dinner with a famous German swimmer. Enjoy!

Could you give us a brief introduction about yourself?

I am Paula Schabel from Germany. I am a psychologist by education. However, I did not work as such. Instead, I chose management consulting. I joined McKinsey’s Munich Office after my graduation. My work took me to different geographies, like the UK, Switzerland and the US, focusing on healthcare and pharma clients, mainly in large organisational transformations and other change contexts.

For me, it was in the last months at university, when I had to admit that the professional path I had picked – being a psychologist – was not where I wanted to go. I was close to graduation and thinking about potential jobs. I saw the passion of my friends for the positions they were applying to, but I was not as enthusiastic.

I had enjoyed all the six internships I had done, all in different “psychology in business” contexts (e.g. personal development, market research etc). However, I had not yet found the position I would love growing into. I wanted to do something else. It was hard for me to express what this “different” should be.

To make sense of my confusion, I was seeking conversations with different people. I tried to get as diverse perspectives as possible and it paid out: in the end, I found what “felt right” and I found the path I wanted to go down. And that’s how I started working as a management consultant. And now, here at INSEAD, it feels as if many of my friends have experienced something similar in their career. For many, this new orientation was the driver to do the MBA.

Did you encounter stereotypical behaviours in your environment while growing up or in your career? If yes, could you elaborate?

Actually, stereotypes are pretty useful “shortcuts” in everybody’s reasoning. These are mental simplifications of complex relations between observable human characteristics and less observable attributes. As we unconsciously acquire these at a very young age, I am not surprised to see a lot of stereotypical gender behaviours – from men and women.

Some of these behaviours are by all means implication-free. An example that comes to mind is when I was travelling in the Philippines with some INSEAD friends a few weeks ago. We rented four cars. And even though we were about as many women as men on this trip, there was no female driver. As I said, this is a minor example to illustrate that we are often not even aware of the stereotypes that guide our behaviour. However, if these are applied to the work context, they can have major implications.

Recently a female friend of mine, who had started working a few months ago, had the impression that all her male colleagues had received a signing bonus, while the women had not. Curious as she is, she investigated a bit further and indeed could support this assumption. By now, the company has changed its policy. However, this is a severe example of the stereotype that men’s work is perceived as more valuable than women’s.

As stereotypes are unconscious, it requires a lot of effort to detect one’s own stereotypical patterns.

And it is even more difficult to adjust behaviours accordingly. I think it will still take a long period of time, a lot of education on stereotypes and good role models, to effectively overcome gender stereotypes.

It seems the key features to resolve a conflict constructively are generally well-known, like being tolerant, separating emotions from the content, avoiding aggression etc. The tricky part is the application of this knowledge, even when being less rational in a conflict situation.

I always try to navigate through these situations by keeping in mind that the other person’s behaviour, which I observed and which annoys me, is not necessarily an attribute of that person’s character, but more likely a product of the situation (and at this point, the psychologist in me is probably showing). It does not always work but with such a mindset, it seems a lot easier to flip a conflict into a root cause discovery compared to a blaming exercise. It allows more room to find common ground and to approach each other.

My former, very inspiring professor at the University of Munich, Dieter Frey, introduced me to this concept. He said that in our positions, we are all privileged enough to take the responsibility to shape our own life.

Just complaining should never be an option when dealing with an unpleasant situation. You can either consciously accept the situation and the implied consequences, or try to change it, or move away from it.

Clearly, for some problems in life, this is easier to apply than for others. However, for me, it is the belief behind the statement that makes the difference. This simple sentence encourages me to focus on solutions, not on problems. That opens many doors that I would otherwise not have thought about. For me, the awareness that there are always options is a major source to be resilient and to have the energy to shape my own life.

INSEAD was my first choice as it offers one of the most international and diverse MBA programme.

As a student, I enjoyed my studies in Sweden and Spain and when working, I loved being part of international teams. Furthermore, I already hold a Master’s degree in psychology, so INSEAD’s one-year programme was very appealing. Now that I am at INSEAD, I am amazed by the diversity of my class and the fast pace of the programme.

If you had to name one takeaway or lesson learnt from INSEAD, what would it be?

At INSEAD, I learned how important it is – but also how difficult it can be – to be clear about my own goals in life and to focus on these. It is very easy to get distracted by the influence of inspiring people, the appeal of a great potential opportunity and the fear of missing a great experience (infamously known as FOMO – an acronym for the “fear of missing out”).

However, it is not about neglecting new input; it is about balancing the fine line between focusing on a goal and still being curious for new input and being flexible to adjust your goals accordingly.

As a child and teenager, I was a member of a swimming club. I loved being in the water! So, of course, I was looking up to the German swimmer Franziska van Almsick. After some very successful years in the beginning of her career, she did not meet expectations in the Olympic Games in Sydney. In the news, they made fun of her and people started to believe that her time was over. But she did not give up. Only two years later, she bounced back and swam a world record in 200m freestyle. Meeting her, I would want to know where she found the willpower and resilience to get up after such a setback, without losing trust in her own skills and continuing to go her way – despite hefty public criticism.

Staying true to myself and positively influencing the people around me, while working on themes that make a difference.

Am I InSEAD? Or a Sense of Belonging
MBA
Read the blog

501
Your Job vs. Your Career: A Perspective on Changing Careers
MBA
Read the blog

624
What is International Motivation?
MBA
Read the blog