Dare to Be Bold

“I was like one of those Hindu gods with ten pairs of hands,” says Isabelle Dresco, a graduate of INSEAD's Global Executive MBA (GEMBA). “I had a demanding international career. I gave birth to one child in Switzerland, another in London and the third back home in Paris. I also did 120% of the domestic logistics.” After 15 years of career success and no time for pause, she figured it was time to invest in herself.

Dare to invest in your career 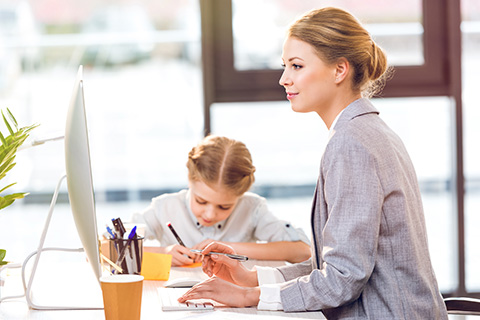 In Isabelle’s case, the investment took the form of a career break to take stock and embark on the GEMBA. “I realised ‘having it all’, is a myth,” she explains. If the timing is right, it may be better to stop working for 18 months than to risking dropping the ball.

However, this isn’t a luxury everyone can afford, especially younger participants like Celine Abbas (GEMBA 2015), a business controller for Philips in Dubai. “I was at a stage in my career where the MBA was a requirement for further growth,” she recalls. “That being said, I wasn’t sure if I’d be able to manage the demands of the challenging programme with the pressures at work and a young family.

But then I told myself that it would only get worse if I were to put it off — and that motivated me to take the plunge.” As with any investment, timing is everything.

For Milena Bowman (GEMBA 2016), an executive with Eurocontrol in the Netherlands, the decision to invest was easier. She was the family’s main breadwinner and her husband already worked part-time to cover the childcare. “I grew up under Communism in Bulgaria,” says Milena. “Both my parents worked full-time. So it seemed normal to focus on my career. But if there’s one thing you learn at INSEAD, it’s that there are other ‘normals’!”

Classmate, Saskia Gentil (GEMBA 2016), Director of Meetings and Events at American Express Global Business Travel, encourages others to be bold. “Sadly, I think women are still not as prepared as men to ‘go for it'," she says. “It’s particularly difficult if you’re part of a couple where both partners have international careers. But in the end, it’s a personal decision taken for personal reasons. And the GEMBA is a rich experience in its own right.”

“But if there’s one thing you learn at INSEAD, it’s that there are other ‘normals’!”

The diversity of these experiences only confirms that sweeping generalisations about women on the GEMBA are wrong. But there’s one thing all four agree on — female candidates are much more likely to worry about failing than men. 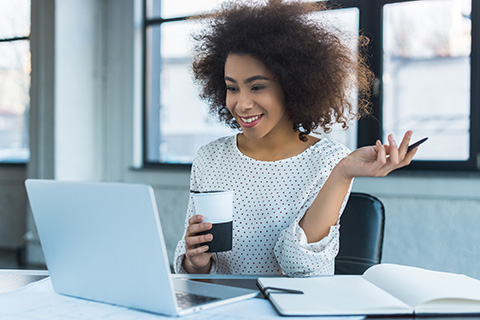 “Women are great candidates for imposter syndrome,” says Isabelle. Even though she’d been Marketing Director for France at a major multinational, she felt INSEAD’s elite reputation was out of her reach. Only when she finally met her classmates did the truth dawn on her — “Arrogant people don’t do a demanding degree at the age of 40!” she says.

Saskia admits to finding the more numerical courses particularly tough, but survived — and stronger for it. “Weighted Average Cost of Capital" has no more secrets from me! INSEAD really pushes you out of your comfort zone, which is where you learn most,” she says.

“Just don’t listen to that little voice of self-doubt in the back of your head.”

However, there’s a fine line between lack of arrogance and lack of self-confidence. Many women stray across that line and decide not to apply — even though women participants perform just as highly as men. “Just don’t listen to that little voice of self-doubt in the back of your head,” advises Celine.

Dare to ask for help

Celine was lucky to have her family living in Dubai and willing to give support by looking after her daughter. Similarly, Isabelle’s parents were in Paris and now retired, while Milena’s husband decided to take some unpaid leave during the programme. Milena also insists on the importance of asking your employer for support. “More important than money, Eurocontrol treated the modules as time spent at work,” she says.

“It is possible to create a win-win situation.”

Saskia agrees that it was quite a juggle to manage work, family and study. “We knew it would be hard and it was a family decision to do the GEMBA. My kids are used to seeing me mainly during the weekend, anyway. But I became even more organised than before! My children also got to come to campus with me a few times, which turned the programme into a big family adventure.”

Ultimately, it is possible to create a win-win solution out of a childcare challenge, provided that you’ve got the support you need and are prepared to ask for help. You may even find that your parents and partner thank you for giving them the privilege of more time with their grandchildren and children. One day, your children too may thank you for broadening their horizons.

Dare to change the world

“Some members of my family had done the MBA at INSEAD,” says Saskia. “I grew up knowing that it was prestigious and always wanted one day to get this milestone on my CV.”

In other words, you’re not just doing the GEMBA for yourself.

“It’s only by setting an example that we’ll change things for the next generation,” reflects Milena, whose seven-year-old son has already told her he plans to stay at home and look after his children while his wife goes to university.

Think of it this way, in giving yourself permission to enrol on the GEMBA, you may well be giving permission to someone else to fulfil her potential in years to come.

You may also be interested in our article The Higher Purpose, featuring EMBA alumni who have reoriented their careers to focus on community impact.

#8c1526
Limitless
What’s Next After Ticking All the Boxes?
Watch this video
984