There are many reasons one chooses to attend business school – career progression, leadership training, expansion of network. It is without a doubt an exciting time to look forward to.

Born to be an INSEADer

This is exactly what happened when Thomas Maurenbrecher decided to take on INSEAD’s Master in Management (MIM) programme. Benedikt Maurenbrecher, Thomas’s father, graduated from the INSEAD MBA programme in 1999.

“The fact that my Dad attended INSEAD was probably the most deciding factor for me to apply here, just for the fact that it helped me to immediately feel a strong sense of connection”, he says.

Thomas is a Swiss national who grew up in Zurich for most of his life, “except for the episode I got to spend in Fonty when my Dad did his MBA”, he adds. 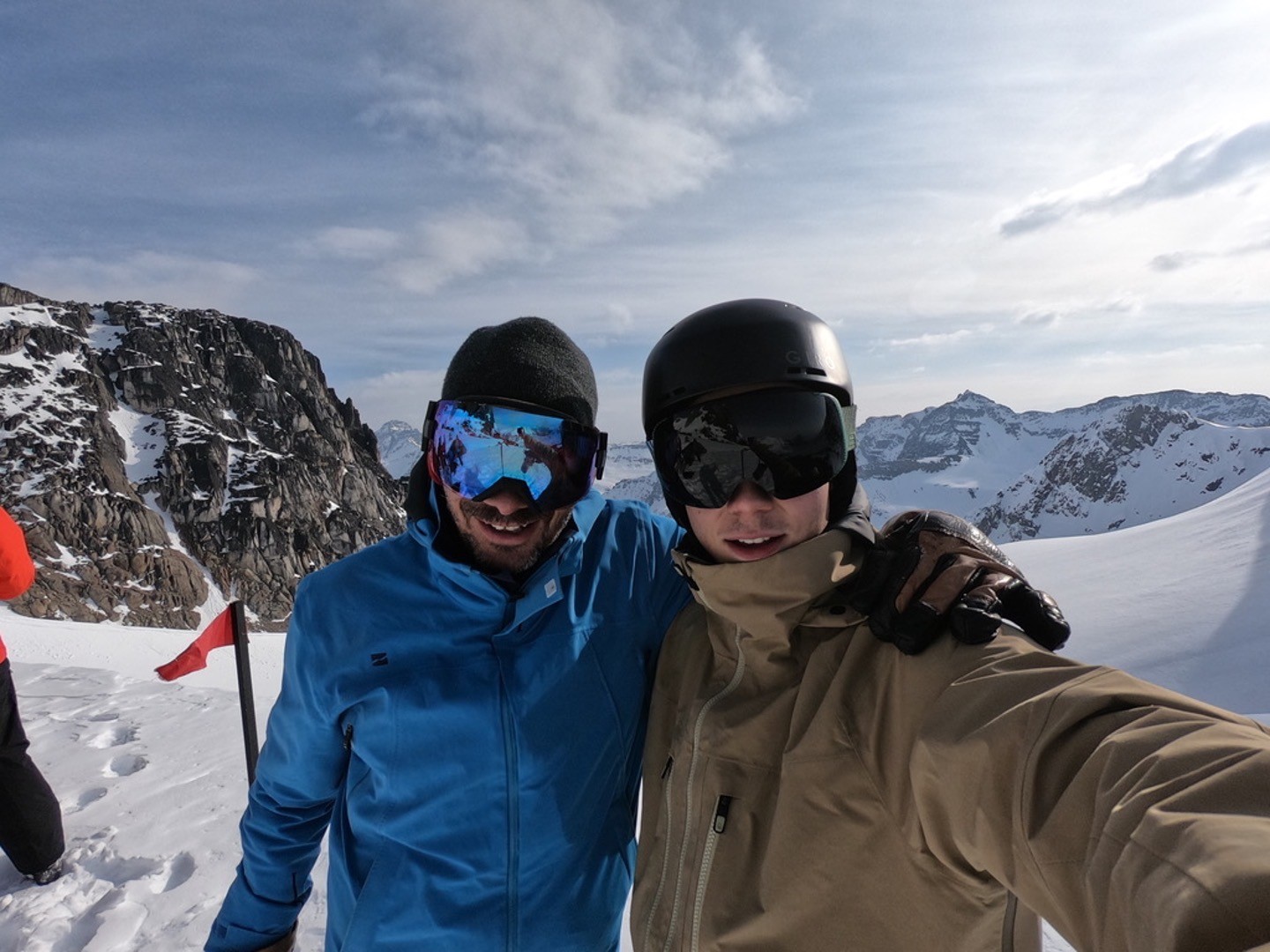 Thomas was a mere one-year old toddler when Benedikt moved to Fontainebleau to pursue the INSEAD MBA programme together with wife, Karin Bischof Maurenbrecher, who herself describes her time at INSEAD as a partner during the programme as a "great year with good friends and a lot of inspiration”.

Thomas adds: “When my Dad attended INSEAD, only the Fontainebleau campus existed, as the Singapore campus opened only the year after.

It is super cool that we share this place and that I can also be here.”

Of course, family ties were not the only reason Thomas chose to follow in his father’s footsteps and attend the Business School for the World.

“I really liked INSEAD’s approach. From discussions with alumni, the pioneers of the MIM’21 class, and staff, I got the feeling of a very personal approach, grounded in strong values and purpose. Through these discussions, I felt strongly connected to INSEAD and the spirit it emanated.”

Thomas also mentions the programme structure – 14-16 months long with opportunities to study across all four INSEAD locations - appealed to him: “To me, the courses sounded interesting and made sense, I liked the idea of the practicals and the study trip, and I loved the opportunity to study on two campuses and continents.”

Esterelle Pierret, another current MIM’22 student, is in a similar position as Thomas as she also comes from a long line of past INSEADers. In fact, both her parents graduated from the INSEAD MBA in 1990.

“I had heard many stories from their time at INSEAD growing up and it was funny for me to be able to relate to some of them as I arrived in Fontainebleau. We even shared one of the same professors“, she says.

Esterelle decided to pursue the INSEAD MIM for many reasons. . Every year, we went on holiday with a group of family friends who all went to INSEAD. When I decided I wanted to pursue a master’s in management, I decided that INSEAD would be the best fit for me as I wanted to attend hands-on and interactive business courses while being immersed in an international environment.”

This is something that both her parents, Anne-Claire Moulin and Claude Pierret, both MBA 90’D alumni, echo.

Claude adds: “It is a unique opening to the world both professionally and personally. The international community has helped me become successful in starting and growing businesses in India, China and Europe. From a very conceptual and theoretical background, I have turned into a manager of industrial businesses, something I would not have imagined before INSEAD.” 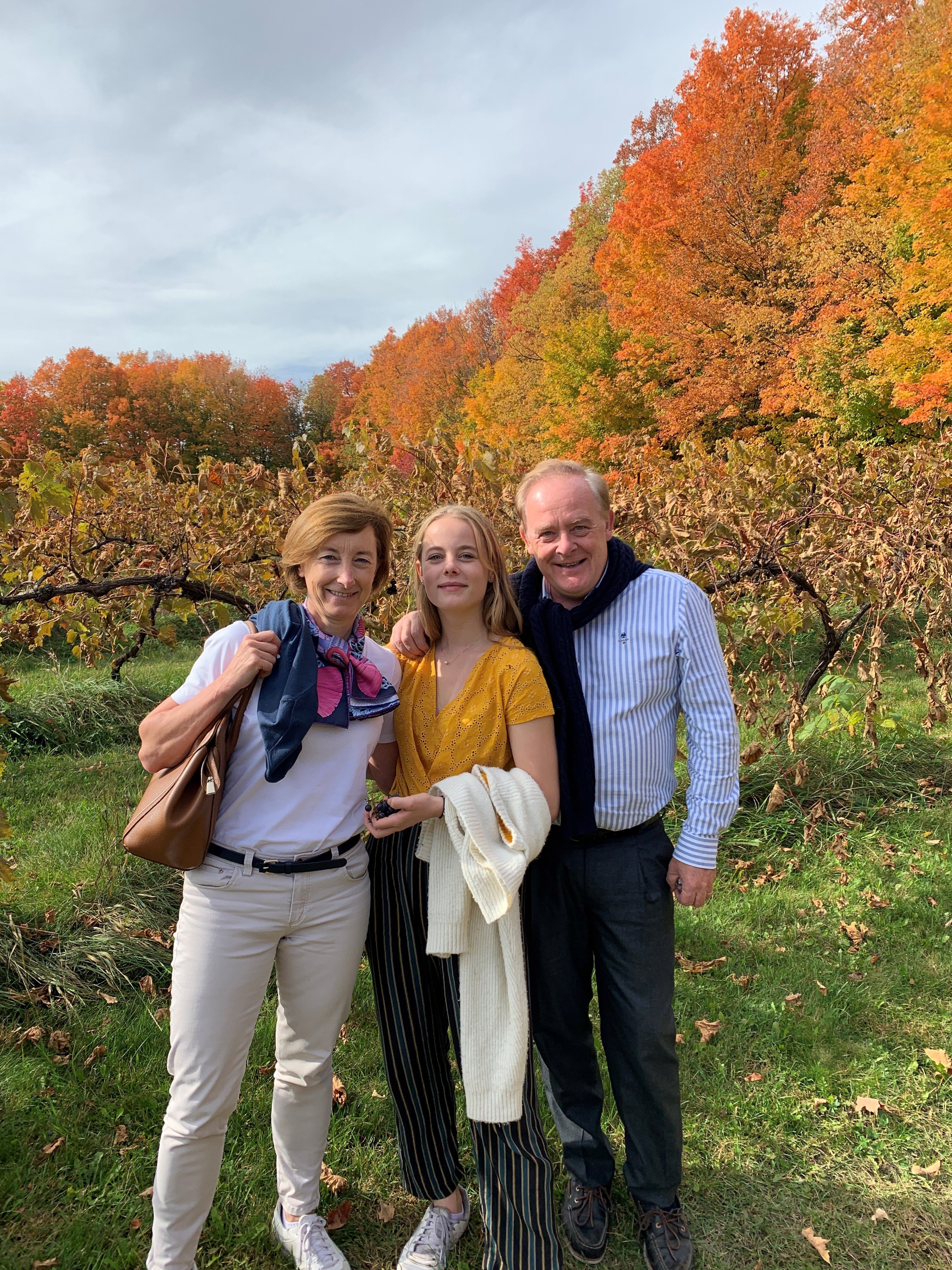 Claude jokes: “Similar ingredients, fine-tuned recipe, but a very different gourmet dish!  Esterelle has never lived in her parents' country of origin. So INSEAD is an even more natural move and certainly a great preparation for the start of her professional life and the strengthening of her (already extensive!) social network.”

With just a few short months before she wraps up the programme and graduates from the MIM, Esterelle reflects on hopes and dreams for the future:

“I am not sure exactly what my career path will be but I am very excited to start my brand specialist role at Amazon. Working in a global company, I will be able to try different roles and have many different experiences to continue to learn and grow professionally and personally. I also hope to live in different countries to continue to explore new cultures.”

As for Anne-Claire and Claude, “not so much hopes and dreams, rather expectations: .

Start your INSEAD journey with us and sign up for this programme now.

Start your INSEAD journey with us and sign up for this programme now.