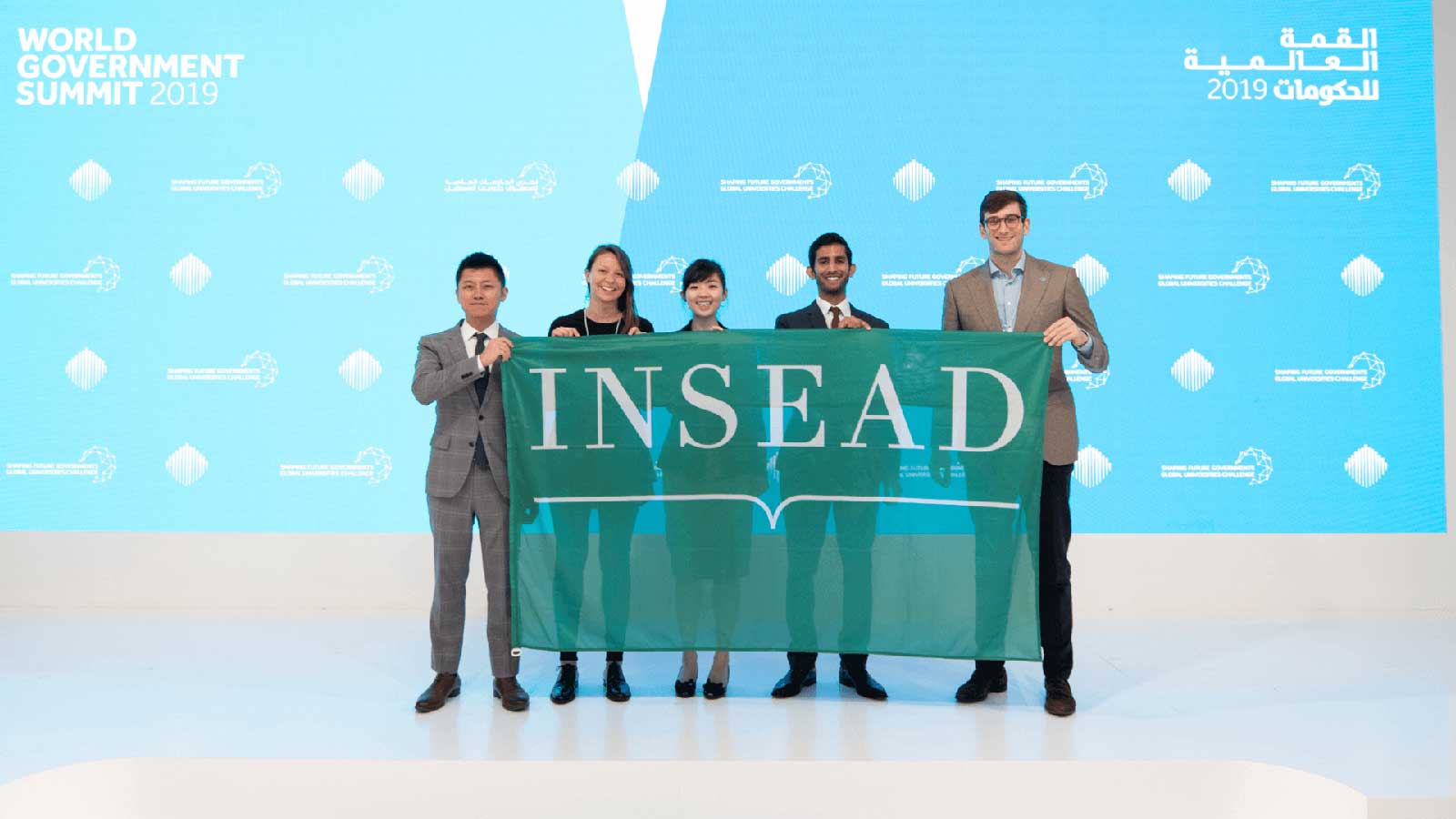 Being Number One Isn’t Everything

A Singaporean tax official, a Latvian urban planner and an American journalist pile into a car at 6am by the carousel in Fontainebleau.

It’s not the beginning of a joke. It’s the start of a case competition.

Last week, along with four other 19Js, I flew to Dubai to compete in the World Government Summit’s Global Universities Challenge. Something like the Davos of Dubai, the summit brings together world leaders, intellectuals and 19 teams of students of business and public policy. Everyone from the Harvard Kennedy School, Wharton, Tuck and LBS to IESE and the Universities of Tokyo and Sydney was there competing.

INSEAD’s team was just a normal group of INSEAD students, which is to say, not normal at all.

A Taiwanese consultant who seconded himself to the Ethiopian government and an American charter school finance expert rounded out our ragtag team. Minh Huy Lai, the managing director of INSEAD’s MBA programme, flew in to serve as our coach and spiritual guide.

After converging from the campuses in Fontainebleau, Singapore and Abu Dhabi, we were thrown in headlong into the challenge. The case was revealed to us in folders hidden beneath our chairs the first night we assembled in the lower level of a luxury hotel outfitted with whiteboards and school flags.

We faced the task of turning around an imaginary country called Urmania, the site of sectarian violence and civil war. The Urmanian people were also suffering from a shortage of food and medical supplies, an oil spill, government corruption, youth unemployment and limited arable land.

Each school team had five minutes, $100 billion and a 10-year horizon to address those problems in a presentation to a panel of judges from the UAE government, Société Générale, Facebook and the design consultancy IDEO on the final morning. Like the sheikhs who decided to build their patch of desert into a global business hub, we were told to be bold.

The next 60 hours passed in a blur of long days and short nights. There were early mornings discussing the case at breakfast, late nights huddled in my hotel room and dashes between different sessions of the conference during the day. We heard speeches by IMF Managing Director Christine Lagarde, Nobel laureate Juan Manuel Santos and, our favourites, Daniel Kahneman and Jeffrey Sachs.

Back in the challenge center, we brainstormed and debated and debated in the evenings. We drew lots of squiggly lines on our whiteboard and put Post-It notes everywhere. Eventually we devised a one-word plan to fix Urmania: co-ownership. The idea was to repair the country by making all citizens shareholders in new investments financed by the $100 billion war chest.

Look, I won’t beat around the bush. We didn’t win. Tuck did. They got to take a photograph with Sheikh Mohammed bin Rashid Al Maktoum on stage. We got a signed certificate of participation from a Emirati cabinet minister and left – with heads held high of course! – to go eat lunch at a Yemeni restaurant near the Dubai Mall.

Even if we didn’t win the main event, I believe we have plenty to be proud of.

We had the best-looking slides. It’s an objective fact. We made the most friends with other teams. At one point I thought the Cornell Institute of Public Affairs was going to kidnap Ram. We had the most diverse team. And, without asking any of my teammates’ opinion, I’m going to say we had the most fun with each other.

1158
The culture of feedback
MBA
Read the blog