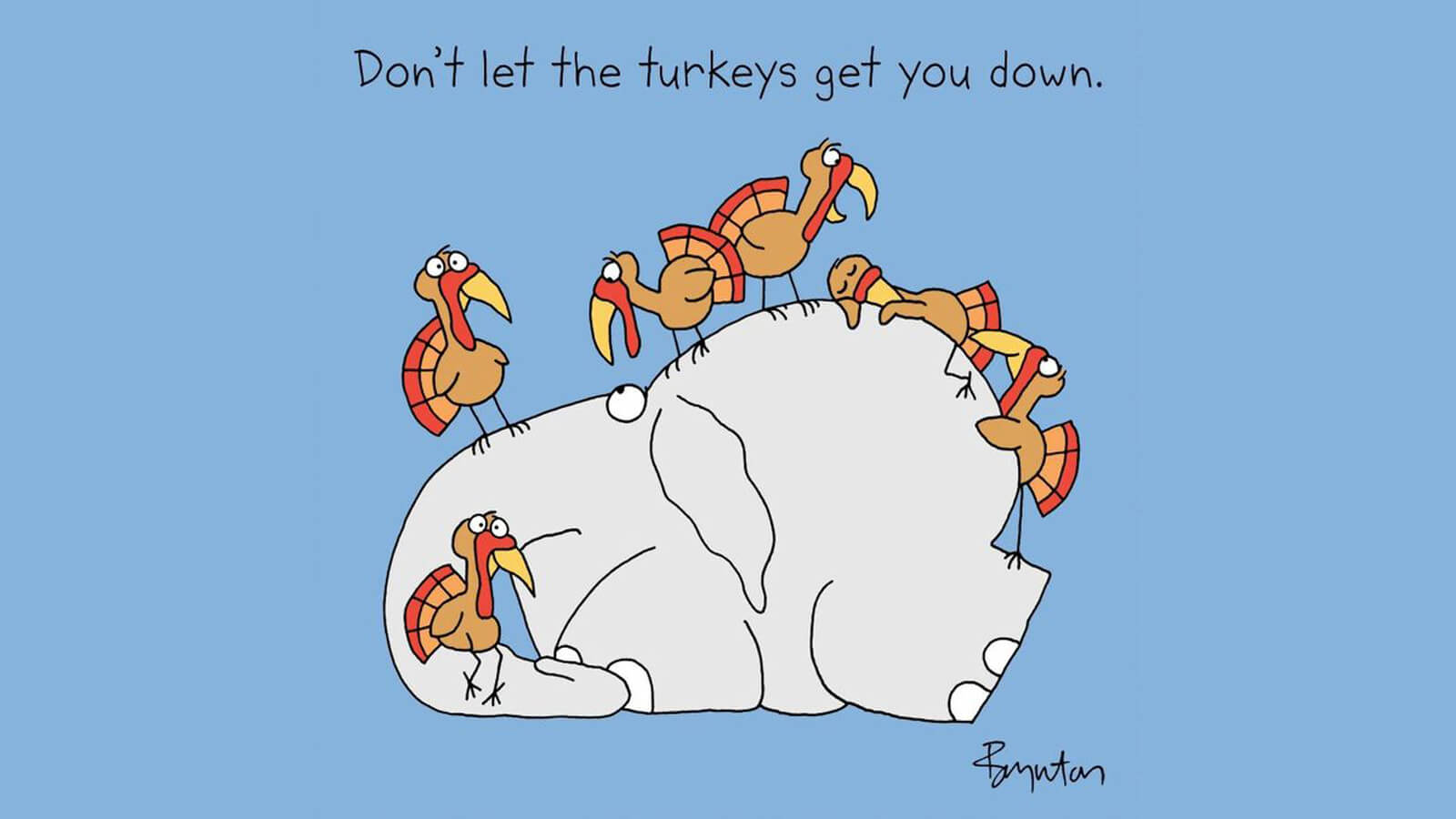 Don't Let the Turkeys Get You Down!

When I was a little girl, I remember my father getting a birthday card from my grandmother, his mother. The card featured an exasperated elephant with turkeys along his back, on his trunk, and on his hump and was drawn by the famous illustrator and humorist, Sandra Boynton.

Above the picture were the words, “Don’t let the turkeys get you down!” My grandmother had cleverly named each of those turkeys after my siblings and me. And, like any good mother-in-law would, she also labeled a turkey after my mother. Although the card was humorous, when I think about it is an adult, I now realise that my father received that card when he was probably experiencing the greatest amount of collective stress in his life: four children under the age of eight, a wife completing a PhD programme, a growing medical practice including employees he paid and managed, and working insane hours caring for cancer patients.

My grandmother had a wicked sense of humour, but she also had a ferocious ability to empathise. I like to think the card was her way of telling my stubborn and unemotional father that this too shall pass.

While completing an MBA, we may have a lot of turkeys on our back: difficult study group members, seemingly impossible deadlines, and competing priorities. But, always remember: don’t let the turkeys get you down!

The Pre-MBA Journey: Starting My INSEAD Experience Before Classes
MBA
Read the blog

2511
The INSEAD MBA: A Venezuelan Perspective
MBA
Read the blog

3166
More learnings on the job search
MBA
Read the blog