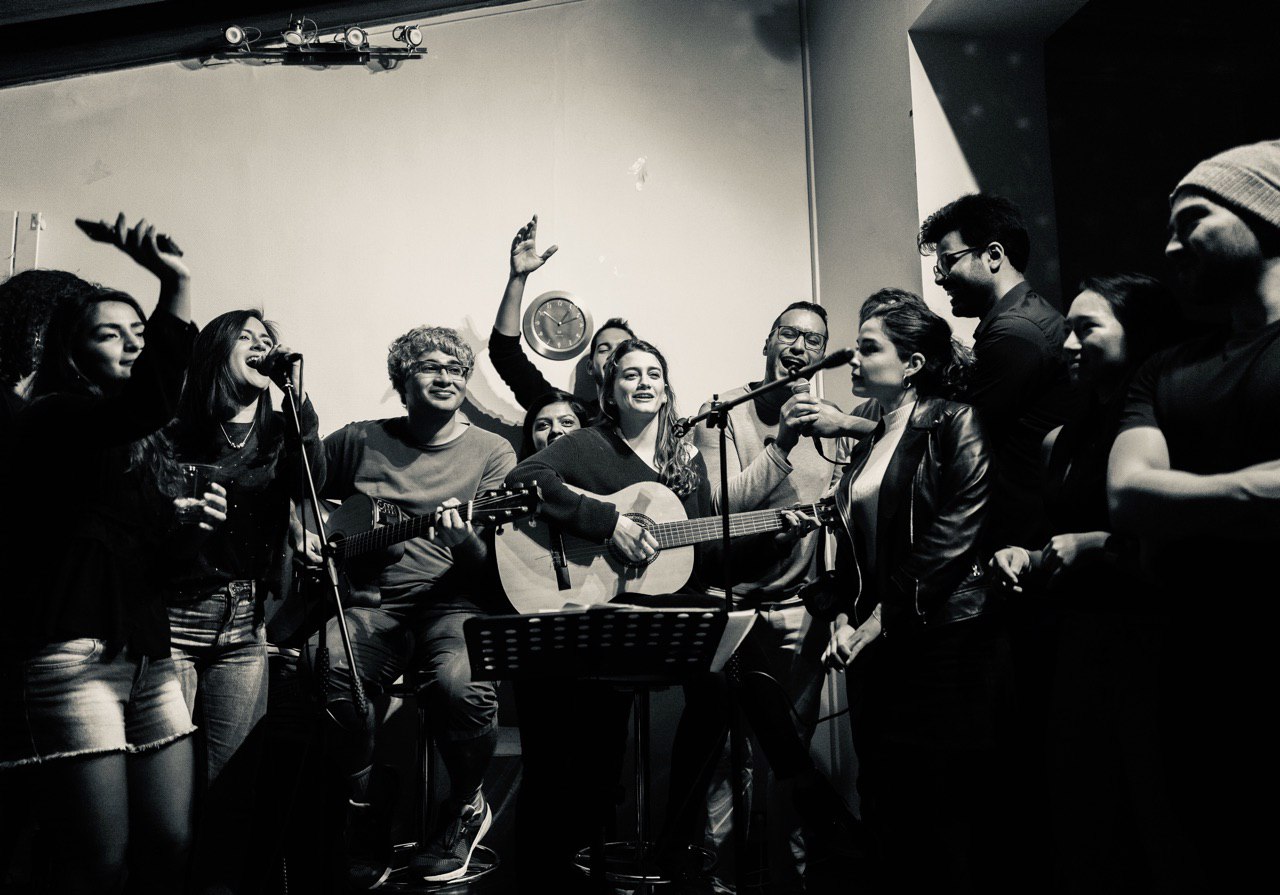 I’m no stranger to live music nights. When I lived in Hong Kong (where I grew up and also worked before INSEAD), I used to volunteer for Sofar Sounds Hong Kong, a global movement based on secret gigs built to promote live music in intimate settings. When my 20J colleagues initiated our own version of Sofar Sounds, a Music Night by the INSEAD Music Club – entirely student-organised and executed, all I could do was to not literally jump for joy. I think I was the second in line to buy tickets, and all but threw my cash at my section rep to ensure I had a spot at the event.

The kind folks over at Villa Foch had volunteered their house as the venue for the night, and to be honest, I expected (at most) a few stools, mics and guitars. When I walked in though, I was surprised to find a super legitimate set up – a keyboard, an electronic drum kit, multiple acoustic, electric and bass guitars and mics. The furniture had been cleared, the beers had been laid out and the pizzas were good to go. To no one’s surprise, I was one of the first people to walk through the door, and given that it was the Friday before P1 finals, I wasn’t expecting a massive crowd to show up.

Boy, was I wrong.

The gig kicked off at 8pm, and by then, roughly 50-60 INSEAD students had made their way from the library, the BORs or wherever they had been studying, to Villa Foch, ready to support their classmates in this endeavour. It was incredible. The energy was palpable, and the best part? No one was talking about exams or classes or school work of any kind! Everyone who came that night was there for the same reason – we wanted to support our friends, and just enjoy some good music.

To say that I was blown away by my classmates’ talent is an understatement. You come to a place like INSEAD expecting the bankers to be good at finance, the consultants to be good at strategy and the creatives (like yours truly) to be good at marketing and branding. What you should also expect is your classmates to have all kinds of hidden talents you wouldn’t have even realised if you hadn’t said yes to a music night the Friday before finals. 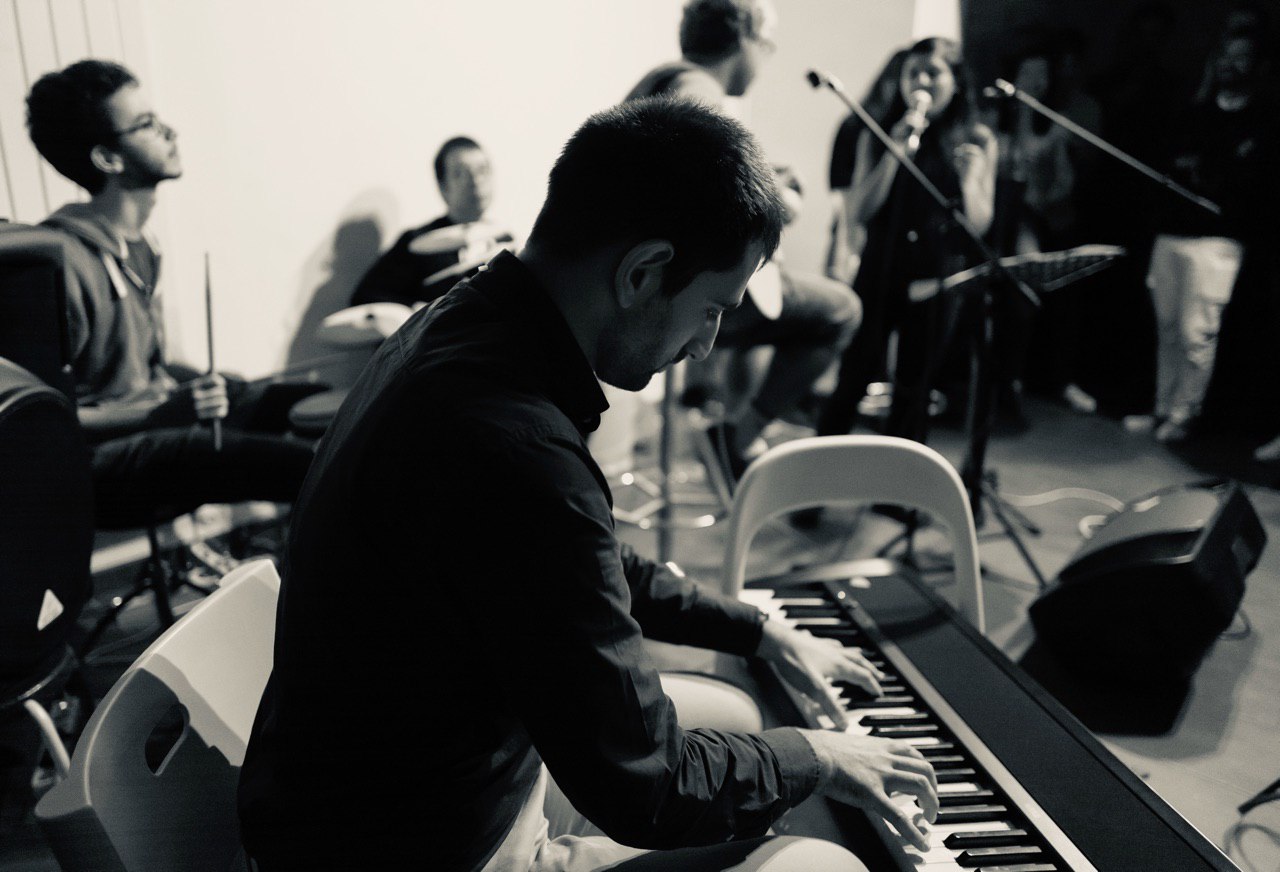 So what did music night teach me about the INSEAD spirit? It taught me that this is the kind of place where you can take risks, express yourself wholeheartedly and be greeted by nothing but supportive and positive responses. It taught me that your classmates are here to build you up, whether that means cheering for your epic solo improv during the jam or helping you through financial accounting.

It taught me that, above all, this sense of camaraderie is what cannot be replicated anywhere else in the world.

Where else could you end up in a circle, arms around shoulders and waists with sixty of your classmates, swaying and singing along to an almost 15-minute long rendition of Knocking on Heaven’s Door?

It was possibly the best night I’d experienced during P1, so trust me when I say that when Music Club organises their next music night, run, don’t walk, to buy tickets. Sure, you may sacrifice your studying hours a little bit, but the uplift your soul will feel afterwards is well worth the cost.

Surmayee is a through and through third culture kid, with homes in Hong Kong, India and the United States. Before INSEAD, she worked in strategy and advertising sales for a digital media publication in Hong Kong. She loves all things dance, music, storytelling and nuclear physics.

Your OWN INSEAD Life
MBA
Read the blog

2186
Lessons From An INSEAD MBA
MBA
Read the blog