One Final Lesson from INSEAD

It’s been almost a month since we did the grad trip in Croatia and the graduation ceremony. Surprisingly enough, it has not yet dawned upon me that the INSEAD chapter is over. I have been feeling kind of numb, it’s been kind of blank. Possibly I have been trying to avoid thinking about it, or maybe even trying to dodge the realisation that it’s over.

However, the last couple of weeks have led to an organic realisation, a closure, and a perspective I never thought of before. I have spent this time meeting a lot of people from my college, work and school back in India. My interactions with them have led to two major realisations.

First and foremost, as I wrote in my graduation slide as well, INSEAD was indeed a metaphor of renaissance for me.

Whilst my friends’ lives have been more or less the same – the same thought process, the same problems, the same routine and the same circle, I realised INSEAD has gifted me wings to fly, think radically and embrace my dreams.

I didn’t realise it while I was there, but the INSEAD experience has evolved my thought process, brought in a sense of maturity, an understanding of people and situations and an ability to appreciate the differences. I feel it even more now that there were so many incredible 19Js whom I wish I had spent more time with. But then, it does come with an assurance that wherever I go in the world, I will have people to meet, catch up and get inspired from. 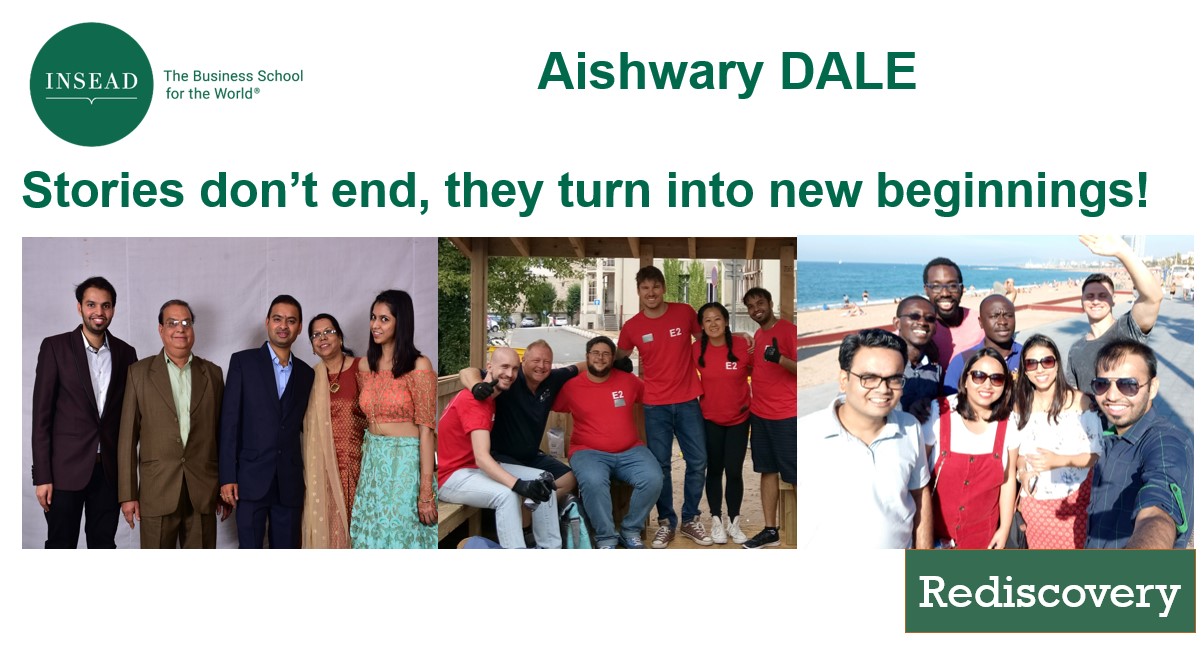 Secondly, what dawned upon me was the fact that INSEAD brought out my “best version” during the 10+ months I spent in France. When I met my old office colleagues, I realised that though we had the same warmth and connect, I was still not the same person who used to work here just one year back. The conversations I used to enjoy, the craziness I used to exude and the things which mattered so much now seem like a thing of the past. My INSEAD journey had so many avatars – intense recruiting, crazy parties, lazy afternoons and exploratory voyages – which was all because we were in it together, in a similar state of mind and getting the most out of the experience. I am not the same with my office colleagues since the stage, the situation has changed. And I know, even if I go back to campus now, to the same old streets of Fontainebleau, things wouldn’t be the same because I won’t have the same people, the same life stage and the same circumstances.

I know the post seems a bit incoherent, which, as a matter of fact, is true. And that’s how much at a loss of words I am right now! These two learnings are thickly engraved - about each experience, the people, the place reinventing you and making you better and the fact that you are a different person even at the same place, highly governed by the people and circumstances. And that’s what is the biggest takeaway for me from INSEAD – about living your life in the moment, making the most out of any experience because theoretically you may return, but you won’t be the same you again. Thank you INSEAD 19J for making me the best version of myself, and more importantly teaching me how to make the most of every single step in my life.

Aishwary is an Indian national, born and brought up in a tier two city in Central India. He completed his graduation from IIT Bombay and worked for Procter and Gamble for six years before joining INSEAD for his MBA. He likes travelling and has visited 10+ countries across five continents. A humble, empathetic and diligent person, he loves working in and developing teams and thrives on interpersonal relationships. He also likes watching movies, writing poems and theatre.

The Finale
MBA
Read the blog