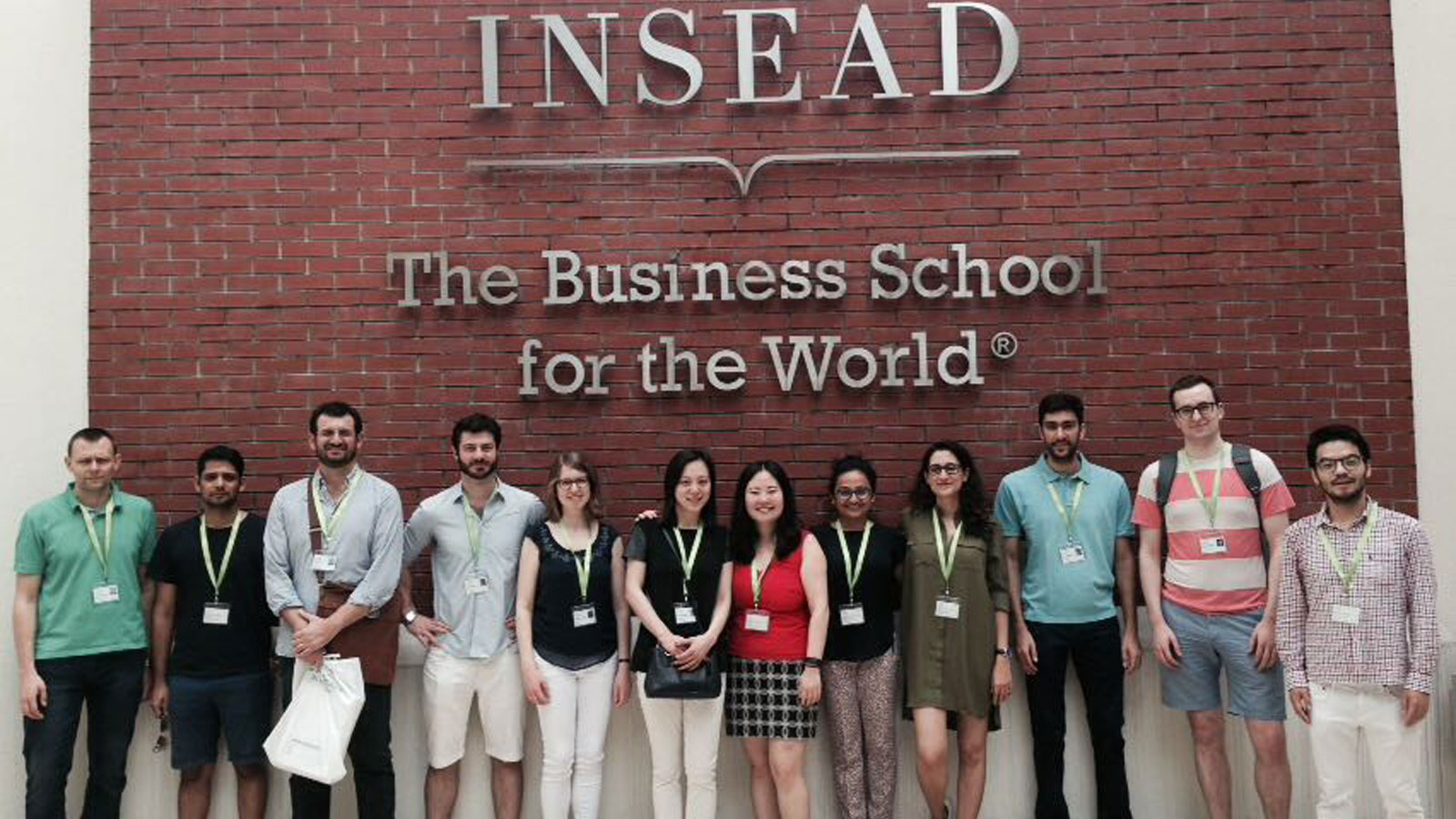 First day of my orientation on Singapore campus

Taking the road less travelled to the MBA

Whenever I introduce myself to my fellow classmates here, the most common response I hear is “you were made for INSEAD!” While I’d believed this myself when I was applying, it’s reassuring to hear it from the Admissions Committee when I was accepted and again from my classmates now that orientation is kicking off!

My journey to the INSEAD MBA is a long and windy one. I was born in the remote Xinjiang region of China, and then followed my parents to the UK and Canada during my childhood years. I moved to the US on my own at 17 to pursue my undergrad degree at the University of Pennsylvania, and upon graduation, worked in New York City and then the San Francisco Bay Area as a management consultant, where I advised clients on mergers & acquisitions and emerging markets strategy.

A solo business trip to India in 2012 changed the trajectory of my career - seeing the widespread poverty there made me question whether there was a better use of my consulting skill-set to make a positive social impact. Some deep soul-searching and intense networking led me to take a sabbatical from my then-firm to do a short-term fellowship in Kenya to pilot a student loan programme that would be funded via Kiva (a peer-to-peer lending platform).

The vibrancy of Nairobi’s social enterprise community drew me in, as I was exposed to innovative ways to tackle poverty and international development issues, but what struck me the most was being surrounded by people who were passionate about their work and had also taken a leap of faith to follow their hearts and make a lasting impact in the world.

Shortly thereafter, I decided to quit consulting, pack up my life in California, and move to Accra, Ghana to join the Grameen Foundation whose mission of empowering the poor via mobile technology solutions resonated with me. At Grameen, I worked cross-functionally as programme manager, business developer, and strategist covering sustainability, programme delivery, and partnership building for our mobile health programs. We sent voice and SMS messages to vulnerable populations like pregnant women, new mothers, and youth to educate them about health best practices and encourage uptake of health services, and developed mobile apps for community health workers.

An MBA was always at the back of my mind, but I wanted a clear idea of what I wanted to do afterwards because I'd heard from friends at various business schools that recruiting starts within the first few months of school and if I wasn’t set on my own direction, I’d get easily swayed by peer pressure or take the most convenient path.

The most consistent piece of advice I heard was to know myself first and what I wanted to get out of it.

Along with tremendous personal and professional growth, my time in Accra clarified my career goals and I began to connect the dots as to how an MBA could help me get there. While in Ghana, I also met several INSEAD alumni whose career paths I admired, including Grameen Foundation’s then Africa Region CEO. I researched online about INSEAD and was immediately attracted to the diversity of the student body and the school’s focus on teaching international business.

I decided to visit the Fontainebleau campus during the holidays in 2014, which coincided with the graduation day of the Class of 2014 December so I fortuitously attended their commencement ceremony. The energy and camaraderie of the graduating class were palpable, and even within my campus tour group, we were a mini-UN delegation hailing from around the world. Similar to my moments of epiphany in India and Kenya, I decided that I would apply for my MBA the following year, with INSEAD at the top of my list.

I applied in round one for the 2017 December class, got the ‘golden ticket’ call in May 2016, and was thrilled to learn that I had been awarded an INSEAD Alumni Fund Scholarship, which will allow me to pursue my career goals in the social impact sector with less financial burden.

I plan to join INSEAD’s INDEVOR (Social Impact) Club, which I heard from alumni is one of the oldest and largest clubs on campus. In my excitement to get engaged with my programme early, back in July 2016, a few like-minded 17Ds and I launched the INSEAD chapter of the MBA Impact Investing Network and Training Program (MIINT for short, which I’ll save for another entry!). Most importantly, I see my role in the class as one of building bridges between sectors, cultures, and infusing social responsibility into the traditional business world.

A lot has changed around the world since I applied for business school, but looking around at my classmates, we are the living embodiment of the inclusiveness and multicultural exchange that is so needed in the world today. I can’t wait to embark on this next chapter of my life!

Lisa grew up in China, the UK, and Canada before attending the University of Pennsylvania for her undergrad. After six years as a management consultant in the US, some soul-searching led her to make the leap into the international development sector in Africa, piloting a student loan programme in Kenya and strategising for mobile health programmes in Ghana. She joins INSEAD with a passion to build a career with positive social impact. Starting on the Singapore campus, Lisa enjoys reading, karaoke, trying new foods, and is most looking forward to the lifelong friends she'll make at INSEAD!

From Peace Corps to INSEAD: How I Got Here
MBA
Read the blog

774
A Desk to Stand On
MBA
Read the blog