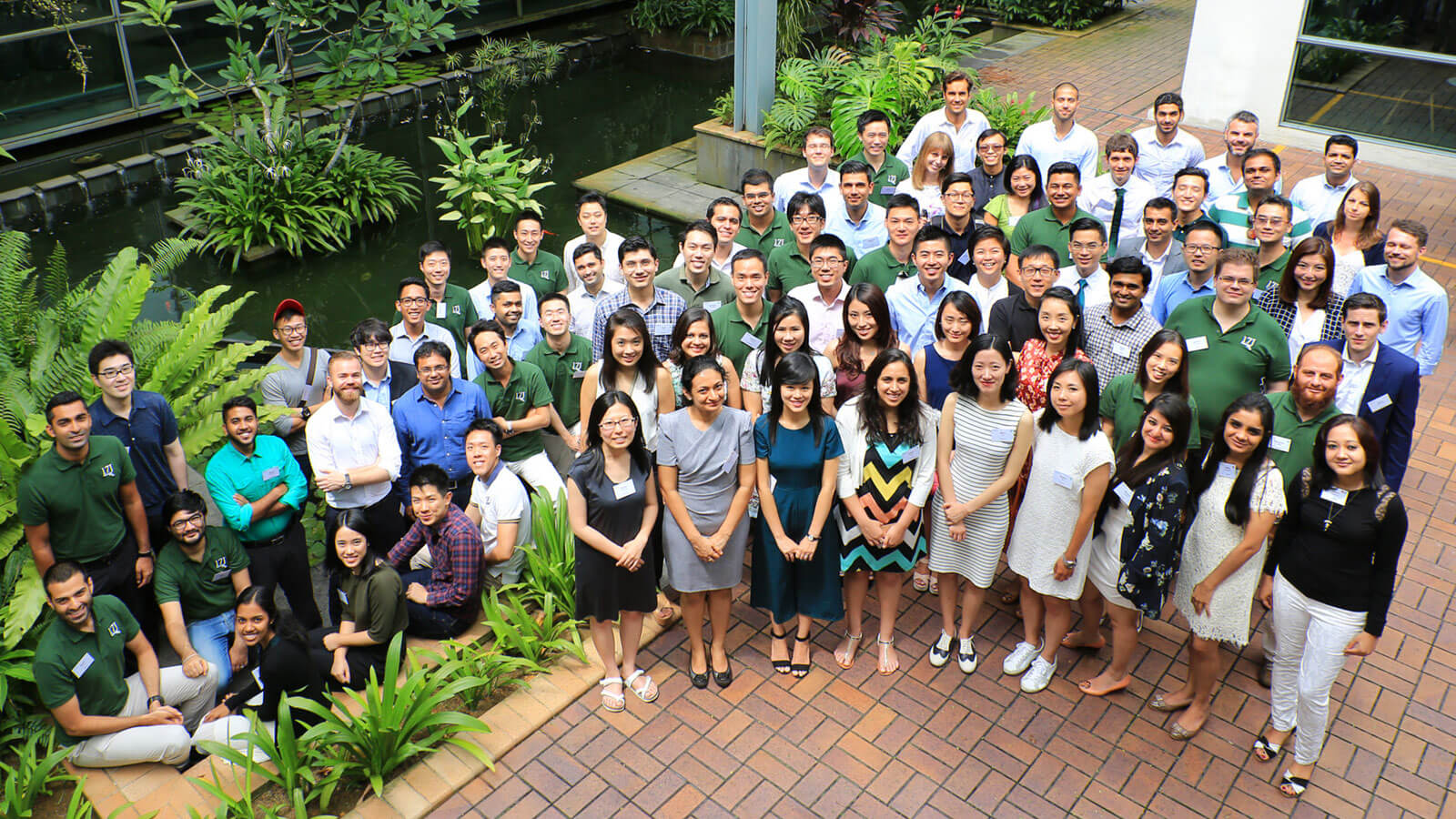 In October 2016, on a Saturday morning, I was standing in front of 500+ alumni; ready to deliver my speech during the Alumni Reunion. I have always dreaded public speaking. Yet there I was, completely out of my comfort zone, preparing to speak to batches of INSEAD alumni who had graduated at least 25 years ago.

As one of my personal goals for the year is to push myself out of my comfort zone, the opportunity fits perfectly with my goals. In that moment, I realised that I was actually more confident than I usually would be, and that it was because of the support I had gotten from my classmates and group mates.

It all started in August 2016, when six people from diverse backgrounds met as a group for the first time to design a poster for a “Don’t Drink and Drive” awareness campaign. I was curious, and uncertain, to see how six completely different people would work together. From that moment of uncertainty, we formed into a cohesive group that would support each other.

To help me achieve my personal goal, one of them pushed me whenever there was an opportunity to speak in public. Another one of them shared his learnings from his experience of public speaking and what helped him. The others supported me by being there when I presented in another forum in front of 100+ people and in other ways. So when the moment came, I was feeling way more comfortable facing the task at hand.

At INSEAD, that culture of support is not only limited to study groups.

Before our Welcome Week, some of us were working on developing a common polo shirt for our batch and we received support in the form of participation, production and distribution. On another instance, before our orientation, we worked on a video that represented the diversity of our batch and within a very short period we received 120+ videos featuring 100+ people. In P2, we were organising the Robin Hood Fundraising campaign and almost 40 people volunteered to be part of the initiative. And sometimes, it’s not the active participation but the presence and actions of our classmates which shape the way we think.

Before the programme started, I kept meeting people with whom I felt connected by a common thread but who were different in so many other aspects. I felt that it is wiser to look beyond the common grounds that connect us. I met this resilient girl from Cameroon, who came here with her eight-month old daughter and she has been setting an example on managing pressure from both work and personal life. I met this guy from India, working for one of the largest music companies, with whom I had a long conversation on music in Singapore. I have been working with this girl from Italy, who is always so authentic about what she says or does. That list keeps growing every day! The diversity, and the knowledge and experience that come with it, is helping me become a better person everyday.

Yet often we take this diversity for granted. A couple of weeks ago, a group of us went to visit Epernay and Reims and we were waiting outside our AirBnB house. While we were waiting, I couldn’t help but notice that people around us kept on staring at us. I didn’t realise what the reason was, until I took a closer look at us. Our group was made of two Chinese, two Ghanaians, one Bangladeshi, one French, one Lithuanian, one American and one Singaporean. For us, it was just a regular INSEAD crowd. But for them such racial diversity was clearly unique. That made me realise that it is indeed a privilege to be exposed to such diversity, and at the same time, it is our duty to make to most of opportunity. Because meeting people from different backgrounds keeps on widening our perspective.

It’s like opening a window; the more we open, the more of the outside world we can see.

At INSEAD, the more people we meet, the better our understanding of the world becomes. In ancient Chinese culture older people were considered mines of knowledge, simply because of the different times they had seen; and listening to one of their stories was thought to be better than reading a book. Even amongst the young and vibrant minds that roam the halls of INSEAD, I see books, and mines of knowledge, in the form of my colleagues, and at INSEAD this feeling is starker than what I experienced back home simply because of the sheer differences and diversity of our lives, our experiences, our perspectives.

Why INSEAD? There’s of course the ranking, the education, and the experience of multiple campuses. But for me, the most important part has been the exposure to people from all over the world! It'd usually take decades to meet and know people from 66 nationalities. But here, it will take less than one year.

Mofrad worked for the last four years in Sales & Marketing for a Consumer Goods company in Bangladesh. Apart from his experience of working in brand development, he maintains a blog on advertising and marketing. Mofrad enjoys playing cricket and strategy games in his leisure.

Do You Know the Numbers Behind the INSEAD MBA?
MBA
Read the blog

621
Business Makes the World Go Around, and I Want to Go Around the World with It.
MBA
Read the blog